Is baseball a dangerous game?

Why aren't baseball players afraid despite the obvious danger?

Share All sharing options for: Is baseball a dangerous game?

Is baseball a dangerous game?

Sure, injuries happen. Arms blow out, knees get twisted, bones break, but, it has never struck me as anything but the least dangerous of the big four sports in America. Baseball is pastoral. It's sedate. It thrives on lazy summer days spent at the sandlot or corn field. Kids play it at three and four years old, hitting balls off a tee with no compunctions from parents. The only danger is little Gaby Hoffman* falling off the stands and choking on a hot dog.

* (Note: DO NOT Google Gaby Hoffman today, unless you want Field of Dreams horribly altered forever).

When Astros minor league pitcher Ross Seaton told me baseball is a dangerous game when we chatted after the Sugar Land Skeeters Hot Stove Banquet, it caught me off guard. Here's exactly what went on in my head:

Days after Major League Baseball announced new padded caps for pitchers, I saw Seaton and wanted to ask a non-(Brandon) McCarthyite about them in an informal setting. I wasn't looking to get a quote, just to pick his brain. Seaton hadn't seen the new caps himself and, as a minor leaguer, probably wouldn't get to wear them this season. He said he'd had some very close misses with line drives screaming by his face, but never been injured by a batted ball. Any protection would be good, but he understood why players might be skeptical.

Baseball may seem like a safe, slow, non-contact sport, but in reality, we know exactly how dangerous it is. We see batters hit by pitches. We see collisions at home plate. We see pitchers taking 100 mph line drives off the head far, far too often. Why don't players seem reluctant to court danger, then? 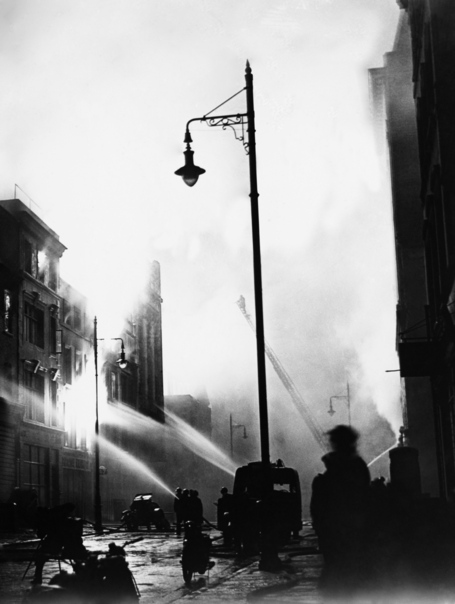 Malcolm Gladwell's recent book David and Goliath: Underdogs, Misfits, and the Art of Battling Giants may contain an answer. Gladwell runs down many reasons why underdogs are able to triumph in spite of overwhelming odds. One of the concepts he discusses revolves around Germany's bombing campaign of London to open World War II. The Germans initially wanted to crush the English spirit by constant and perpetual bombings. The English also feared this would happen and had contingency plans in place for the mass panic they were certain would ensue.

Instead, the opposite happened. The English did not panic. They grew courageous. They survived. The reason, Gladwell posits, is because of near misses. The research showed that Londoners during The Blitz were "afraid of being afraid." They feared their own fear of the bombs falling more than actual injury from said bombs. The more times the bombs came and they remained unhurt, they built up a self-confidence, a courage to persevere.

Baseball players go through something similar. Talk to any Little League coach about one of the first issues among pitchers and third baseman. They'll tell you it's a fear of getting hit. If they can get through it, they develop the same sense of self-confidence. The game becomes less dangerous, even as balls whizz past their heads at lightning speed. By the time a player has reached the majors, they've had countless near misses on baseball fields. They can see Alex Cobb or J.A. Happ get hit in scary ways. They probably know it's dangerous at some level, but, it may not affect that bubble of self-confidence they've developed to play.

In short, they know they're playing a dangerous game, but may not be afraid for themselves. However, that attitude, which is surely shared by plenty of major leaguers, should not stop Baseball from trying to make the game safer. The game can be heartened by the way recently confronted home plate collisions. Hundreds of catchers have had collisions without suffering serious injuries. Many managers have seen it happen to their players, but, until it actually hurts the player or the team severely, it may not impact that self-confidence.

More from David Coleman: Fearless predictions for the next four weeks AL Rookie of the Year watchlist

It's no coincidence that Bruce Bochy, who lost his catcher Buster Posey for significant time to a home plate collision, was one of the main champions of the new collision rule. He didn't suffer a near miss, he got hit and it may have changed the way he viewed the play.

Is there a better solution? In the softball world, pitchers and some third basemen will wear a cage around their faces. It's not unlike a football helmet's facemask or a catcher's mask, but tailored for those positions. The point, though, isn't to find specific solutions. The point is to realize baseball is more dangerous than we think at first glance. The point is to make the game safer. MLB is working toward that and should continue to do so, even if players seem reluctant to change.

• Derek Jeter announces 2014 will be his final season

• Stephen Drew may be stuck without a team for a while