The Phillies, Ben Wetzler, and the NCAA

Did the Phillies rat out a draft pick they couldn't sign? Maybe. But let's play devil's advocate.

Share All sharing options for: The Phillies, Ben Wetzler, and the NCAA

So when we read that the Phillies reportedly turned fifth-round pick Ben Wetzler in to the NCAA for dealing with agent-like persons, there's an easy rush to judgement. The Phillies are awful, but only if they're not evil, even though they're probably evil, too. The story pushes all the right buttons: our DNA-encoded bias against tattletales, the byzantine rules of the NCAA money machine, and the Phillies acting in a way that makes you laugh at them. It's a great story.

Because, really, if there's a risk/reward balance, what's the reward? The smug satisfaction of revenge. What's the risk?

There is risk for MLB clubs in turning in players to NCAA:College coaches have the power to lock down scouting access to specific MLB teams.

Oh. That, and the general besmirching of an organization's reputation when it comes to any and all negotiations with amateur players, who tend to be important for baseball teams.

Except, hold on for a second. Let's try something wacky, just for kicks. Let's try to be responsible. Let's hold off on the torchforks* for now. Let's attempt to build a context in which the Phillies acted rationally and not like a bunch of neener-neenering second-graders. It's only fair.

Here's how the system is supposed to work: The college player gets an advisor. The advisor can speak to the player and tell him what he's worth, and when it's time to sign the deal, the advisor becomes the agent, and the college player loses eligibility. But the advisor can't speak to the team directly. Which seems absolutely ridiculous, but, hey, these are amateur players who play for the love of the sport. When money gets involved, well, that's when the NCAA has to maintain the sanctity and purity of the sport.

The Phillies are being accused of ratting out a former draft pick who declined to sign with the team to the NCAA for hiring an agent.

It's why the NCAA exists. For the love of the game.

The Phillies contend that they negotiated directly with the advisor, which is an NCAA violation. So to explain the Phillies' behavior, let's build a scenario in which the advisor said things so nasty, so personal, that the Phillies were willing to risk the bad press to teach him a lesson.

So I guess my client will be returning to school. Thanks for nothing. Oh, and sweet Ryan Howard contract, by the way. Way to lock up a gigantic galoot well into his 30s several years before you needed to.

Honestly, that's about as ribald and nasty as I could come up with. There's nothing an advisgent could say that would make an entire organization risk this kind of bad press. Ryan Howard ribbing, off-color jokes, horrendous insults, veiled threats, spoiling the ending of American Hustle ... there's nothing that's so bad, it should make a team go for revenge. Like, actual revenge. They aren't children. I hope.

Theory #2: The Phillies' sense of justice

In this scenario, the Phillies were shocked -- shocked! -- that an advisor would speak directly to them.

Advisor: Really, fifth-round money isn't going to do it for my client.

Ruben Amaro, Jr.: Client? Sir, you forget yourself! We shan't speak to you at all.

Advisor: He's already the Friday-night starter for a top-level program, so he has incentive to stay in school.

Amaro: Out! Out of my office, you varlet! My first call in the morning shall be to the National Collegiate Athletic Association. Good day. I said, good day!

Sounds fun! But not very plausible. 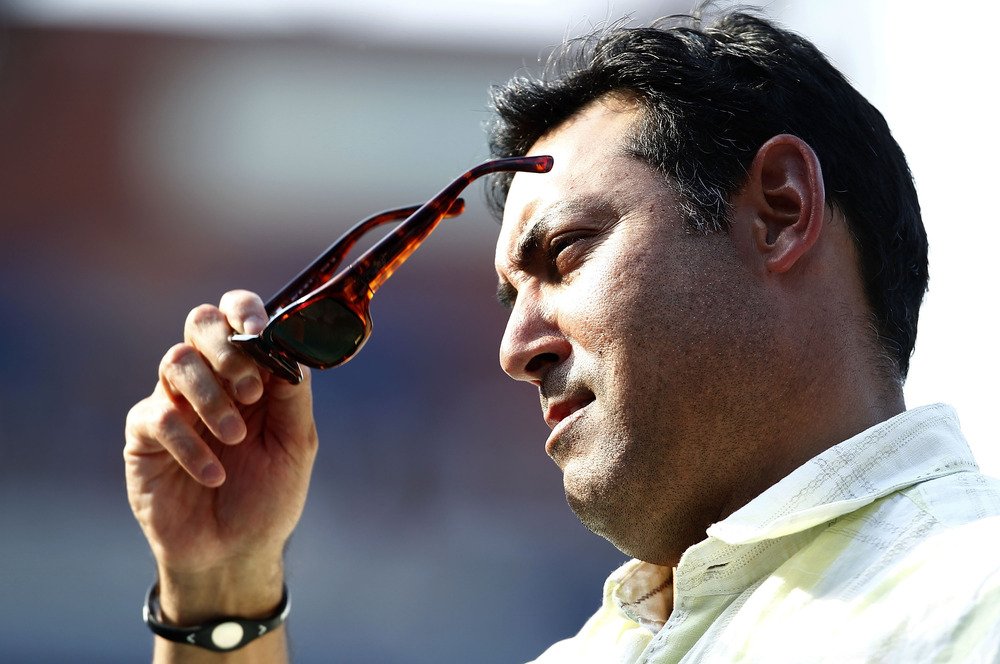 By law, we need to use this picture once in every Amaro story. Photo: Jeff Zelevansky/Getty Images

In a less-silly scenario, maybe the Phillies were worried about catching flak from the MLB higher-ups, or maybe they were concerned if they didn't, every player with an advisor-agent would continue to negotiate in a way that drafted players aren't supposed to.

It's also one scenario out of, oh, a thousand. So give the Phillies the benefit of the doubt, but expect the worst. Don't rush to judgment before the full story is out. But have an aerosol can of judgment by your side, just in case. This could get good. And by "good", I mean awful for everyone involved.