Russia ran away with the medal lead as they earned four more on Sunday, including two more golds.

The 2014 Winter Olympic games are in the books, and despite the United States and Russia being tied in the medal count mid-way through Saturday, the Russians pulled away Sunday to win the most medals of any nation. 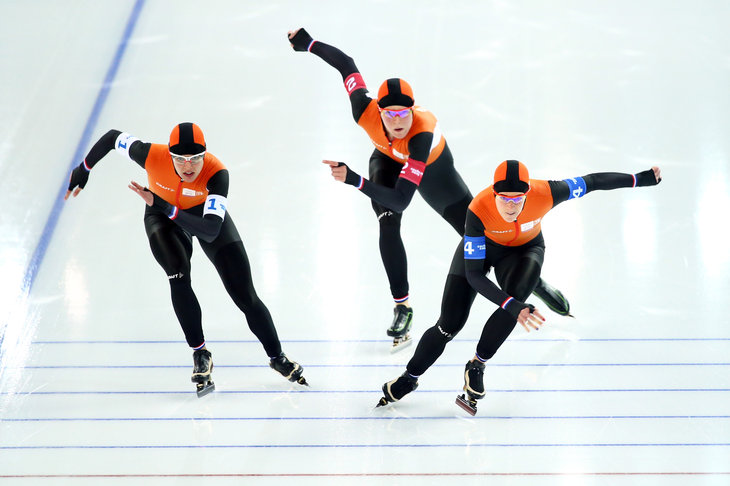 Team U.S.A. was second in overall medals with 28. Their lone medal on Sunday came in the four man bobsled as the team led by Steven Holcomb finished with a bronze medal. The United States' nine gold medals were just the fourth-most in the Sochi games as both Canada and Norway finished ahead of them in that category.

Norway was third overall in medals with 26 and second on gold with 11. Canada's Mens Hockey gold medal pushed them ahead of the United States in that category; Canada will leave Sochi with 10 gold and 25 medals overall.

Rounding out the top five in medal winners are the Dutch. The Netherlands finished with 24 medals overall this year and tied for fifth in the gold count with Germany as both countries took the top spot on the podium eight times.