What baseball superstars from yesterday would have made today

Everyone knows baseball players make more money than they used to. So let's pretend some stars from the past were on the free-agent market this offseason.

Share All sharing options for: What baseball superstars from yesterday would have made today

Bronson Arroyo is going to sign soon. The reports are his price is falling. Eventually, he'll sign, and you will mutter positive things about the deal. "What a bargain," you'll say. "Four hundred innings of league-average pitching for $25 million? Kind of a steal, right there."

That's when you'll hear a knock at the door. It will be Curt Flood, and he's going to ask you to go with him. Just go. I'm sure you'll learn a lot.

It's not profound to point out that salaries have changed. Here's something from 1987:

"But I wasn't surprised by this because I've been dealing with unions and arbitrators for 35 years and they love to get a big case like this. They love to make a name for themselves and to set precedent.

"Salaries are starting to come down now, but arbitration is still the cancer of baseball."

So we're here today to bring players from the past into the present and see what they would make as free agents today. My only regret is there are literally hundreds of players you could do this with. I chose five. 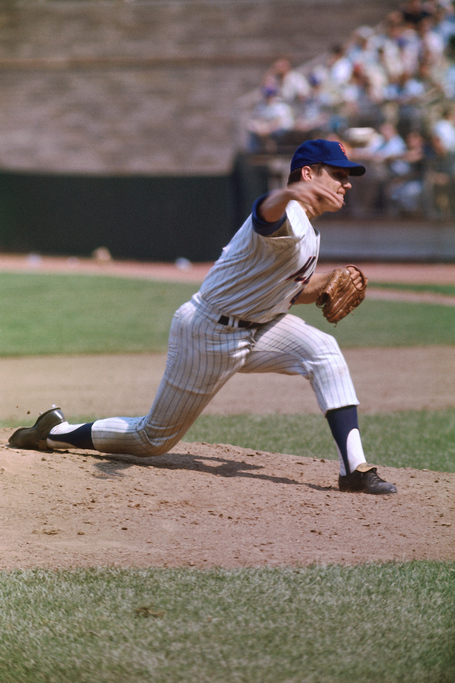 Notes:
There's no sense starting with Bob Welch. Seaver was a mega-star after his sixth year of service time, and the offseason would have revolved around him. I'm not sure how many great comps there are for Seaver throughout history, but there's actually one active right now: Clayton Kershaw. So we don't have to do a ton of guesswork on this.

Contract if he were a free agent today?
Nine years, $250 million, Dodgers. Take the average salary of Kershaw's deal, then gin it up with a couple extra guaranteed years because of the frenzied open market.

Would it have been worth it?
Amazingly, yes. Seaver threw an average of 239 innings over the next nine seasons with a 2.73 ERA and 131 ERA+, winning 143 games. Maybe Kershaw's deal will eventually go sour because he's a pitcher, but here's a reminder that sometimes the greats stay great.

Now, pretend Seaver had an opt-out after the fifth year of that deal. He would still have been a mega-star, but he would have been 32. He averaged 198 innings over the next seven years, with a 3.48 ERA and 107 ERA+. Good, but not worth the basquillion-dollar deal he would have signed. It's almost like those opt-outs set teams up for failure …

What kind of season did he have before free agency?
Good enough to make the All-Star team and win a Gold Glove, but a little down compared to his age-21 and age-22 seasons.

Notes:
He was Mike Trout. A semi-crazy Mike Trout. Whenever you run Play Index searches for young superstars -- "20 combined WAR before 25 years old", for example -- Cedeno is always there. He led the league in doubles when he was 20, and he had freaky-good seasons when he was 21 and 22.

Contract if he were a free agent today?
Eight years, $220 million, Dodgers. He would have played second left-center for them. There would have been some consternation that he didn't repeat those first two brilliant years

Would it have been worth it?
Nope. He was worth 22 wins over the next eight years, compared to 35 before the hypothetical deal. It wouldn't have been a total disaster, but Cedeno suffered from injuries in almost every season, and he was a shady character. Though the first comment from that short biography doesn't make him seem like a monster.

he had the most WONDERFUL laugh and was a great lover....a very sexy man ...i wonder if it was pam that had the baby...she was always in my way, along with cora...poor cora, to be married to such a time bomb-womanizer...their wedding picture should have been a warning to her...him in a RED SUIT!!!! wonder what he's up to now and how many more kids he has….

What kind of season did he have before free agency?
It was something of a down season for Rosen, as he hit just .244/.362/.402 with 21 homers. That would have been some pretty poor timing for the perennial All-Star and MVP candidate, though he was still a five-win player.

Notes:
Rosen's career got a late start because of World War II, so it's not like was a traditional slow starter like Jayson Werth. His bio includes this amazing passage:

He returned to the minor leagues in 1946 after his discharge, and was a utility infielder with the Pittsfield Electrics, playing first base and second base as well as his usual third base. When Indians farm director Buzz Wetzel came to Pittsfield, he said "Anybody who doesn't want to play for Pittsfield can have his release." Rosen took him up on it. When scout Laddie Placek found out, he tried to track down Rosen and talk him back into playing. He found Rosen at a pinball machine and convinced him to stick with baseball.

That's just Hollywood-ready. Rosen, pack of smokes rolled up in his sleeve, banging away at a Humpty Dumpty machine in the back of a soda fountain. "C'mon, kid. We need you."

Contract if he were a free agent today?
Considering the age and the down year, he probably wouldn't have gotten something too insane. He wouldn't have walked away with a Fielder or a Pujols. But I'll guess five years, $120 million, and the Dodgers. It would have been a pay-for-present-production, expect-the-decline contract, like Shin-Soo Choo. 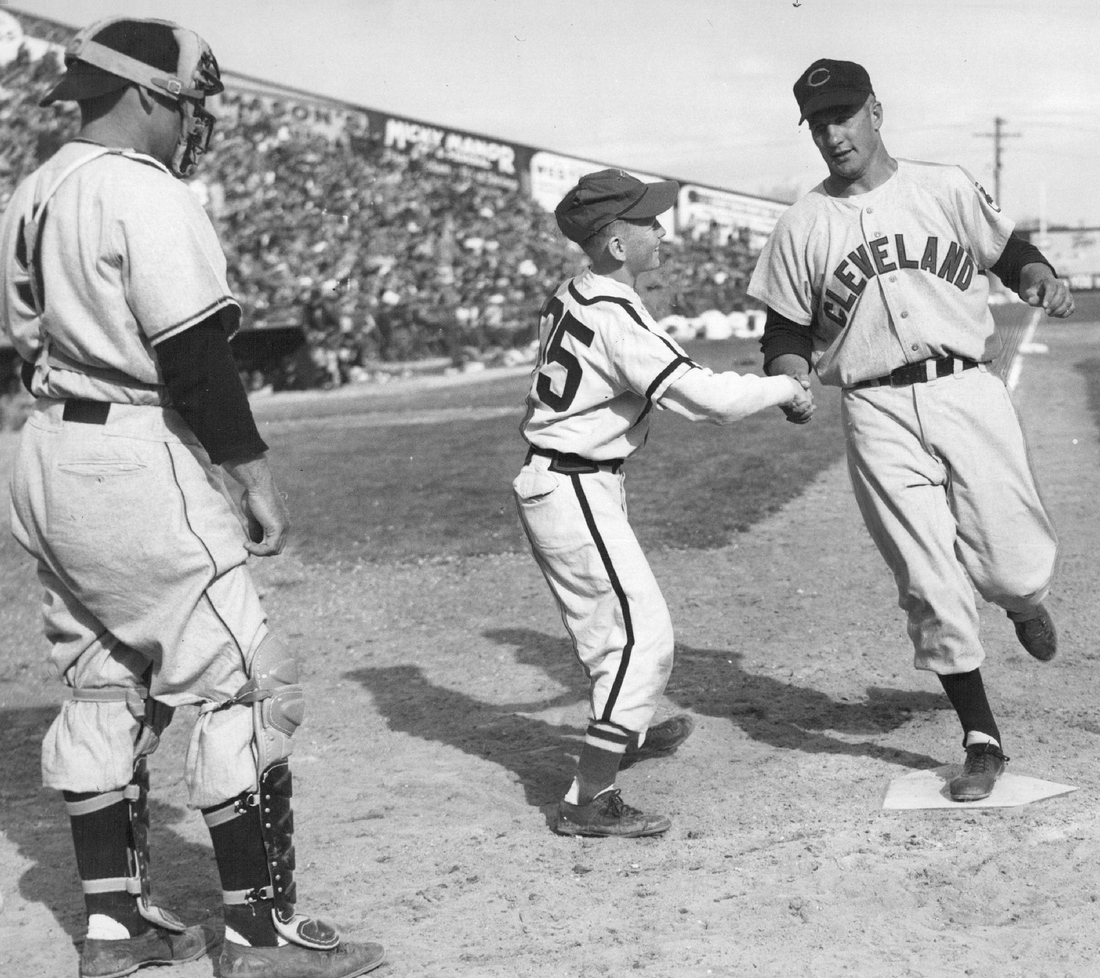 Would it have been worth it?
Rosen played one more season. So, no. However, one of the reasons he retired was a salary dispute, allegedly. Which means there's no way to really know how long he would have played with a hefty, market-priced salary.

Another reason he retired, though, was injuries. He had back issues and finger problems. Also, he broke his nose 13 times during his career. I don't even know how that's possible. That's like Aaron Rowand trying to get out of a stone labyrinth. 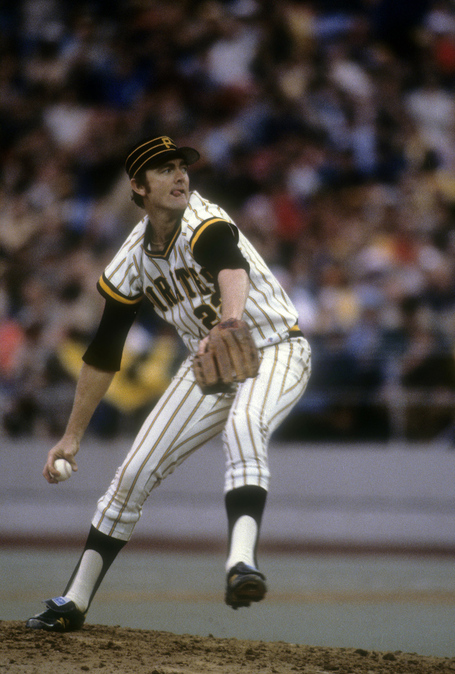 When would he have been a free agent?
If I'm counting my service time right, after 1975, when he had just turned 25.

What kind of season did he have before free agency?
Excellent. They were all excellent in the early years, even if they were mostly unheralded, judging by Cy Young voting and All-Star appearances. He went 15-10 in '75, with a 3.00 ERA and 129 ERA+ in 275 innings. It was the first time he had an ERA in the 3s since he was a teenager.

Contract if he were a free agent today?
Eight years, $187 million, Dodgers. Think the first CC Sabathia deal, with an extra year thrown on top because of the young age.

Would it have been worth it?
Pretty much, though I'm not sure if it would have aligned with the expectations of a big deal. He averaged 196 innings with a 3.25 ERA and 118 ERA+ over the next eight seasons. In real life, he was shuttled from the Twins to the Rangers to the Pirates to the Indians, and none of them were exactly glamour franchises at the time. If he had that run with just one team -- especially one like the Dodgers or Yankees -- he would have been a first-ballot Hall of Famer. He probably would have had a wee bit better than a .534 winning percentage over his career, too.

When would he have been a free agent?
This is sketchy, because I'm not sure if military service would have counted as service time. It probably would have. There's no way the MLBPA would let teams say, "Thanks for your service. Our country is in your debt. Too bad we're going to keep you around as an indentured servant for another year." So I'll guess after 1957, right before he was going to turn 26.

What kind of season did he have before free agency?
Nothing much. Just led the league in steals, triples, and slugging percentage while hitting .333 with 35 homers and legendary defense in center.

Notes:
Mike Trout will probably break free agency if he gets there. Mays would have done it, too. Stats are swell, and the stats would have been absurd enough. But there was also the je ne sais quoi, the feeling that the player was playing with a cheat code. Teams would gone absolutely bananas. 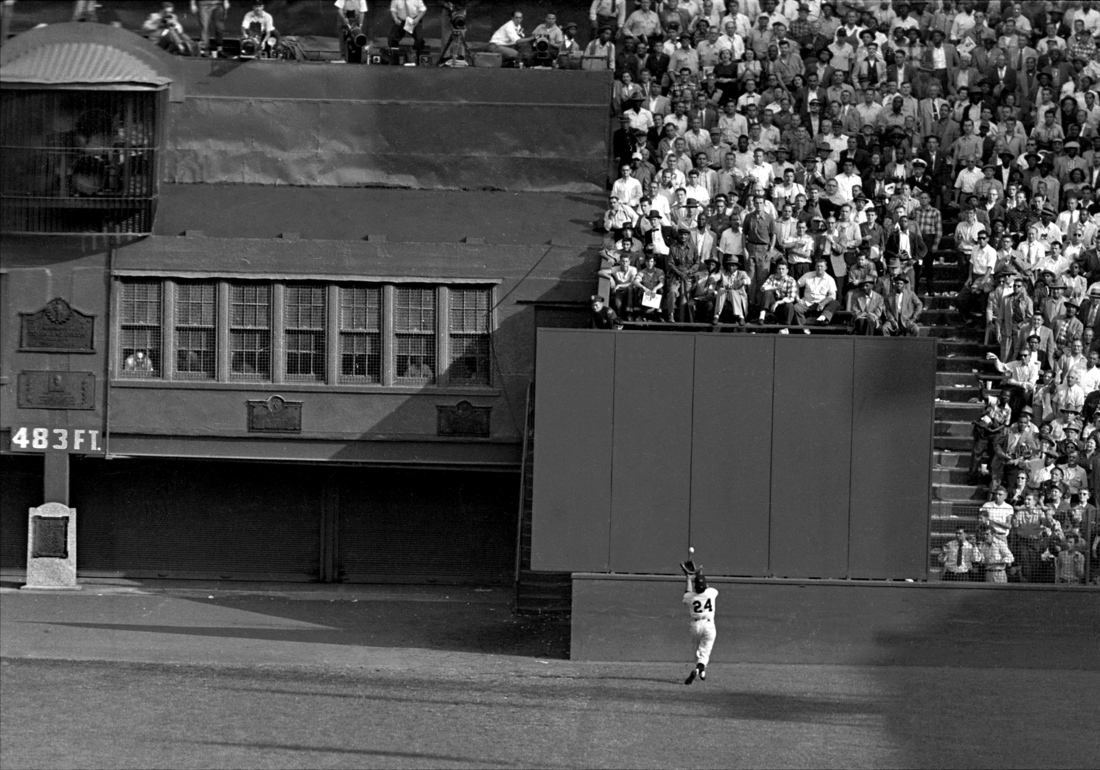 Contract if he were a free agent today?
Ten years, $300 million. A moon base. Thousands of pages of unreleased Calvin & Hobbes comics, hand-delivered by Bill Watterson. The guaranteed ability to have awesome flying dreams whenever Mays slept. And the Do … the Dod … he would have signed with the … you know what? I'm used to the Mets uniform already. Ten years, $300 million, and the Mets.

For the record, Mays made just under $2 million in his career, or about $15 million after accounting for inflation. As far as ballplayers from the '50s and '60s, he was exceptionally well paid.

Just not … you know … that well paid.