The Braves' pitchers are dropping like pitchers, and it's almost impossible to watch.

Share All sharing options for: Pitching injuries and the new Brave world

Before the 2011 season, the Braves' pitching depth chart was something like this:

The Cards signed an unproven international player. Here's why that's going to turn out brilliantly.

All nine pitchers would have at least competed for a rotation spot on a lot of teams. More than that, the pitchers were mostly young. Even if Lowe and/or Hudson succumbed to the aging process, the Braves had seven prized youngsters who could contribute. Seven! Even if you assumed that all of them weren't going to make it, at least a couple had to break through and be good for an extended period of time. It's the Hatchling Turtle theory of prospect survival.

Hanson and Jurrjens broke and are with other teams. Vizcaino hasn't pitched since Tommy John surgery in 2011. Delgado went to the Diamondbacks in a trade. Of the pitchers up there, only Beachy, Minor, and Teheran remain. Let's check in with Brandon Beachy.

Okay, at least Mike Minor is …

That's a urethra problem that led to shoulder soreness. If I had a nickel for every time I've typed that sentence … The good news is that since that list, the Braves also developed Kris Medlen, who looked like he might be the best pitcher of all, and …

Good gravy. These aren't Braves pitchers, these are Spinal Tap drummers. How serious can it be?

The Braves, who started Freddy Garcia in an elimination game last year, are in an even worse spot. The rotation could be Teheran/Alex Wood/Garcia/David Hale/Aaron Northcraft to start the season.

The Braves are looking at Ervin Santana now. They almost certainly have to. There's too much win-now in the current Braves to punt the entire rotation, and Santana is the best available. Somehow, the Braves turned into the team that had to overpay a free agent because of a lack of internal options. Two years ago, the Braves were overflowing with internal options. They had too many, really. Fans were clamoring for a big trade, hoping the team could cash in on the depth. It seemed a little gauche to hold on to it all.

Now it's "Thank God for Freddy Garcia." And I'll tell you, "Teheran and Wood and pray they're good" doesn't have that same Spahn/Sain ring to it.

The human brain is wired to make a connection here, that the Braves are somehow doing something wrong. It's not like they have their pitchers on the Tomohiro Anraku plan, but there has to be a smoke/fire thing going on here, right? Except that's not necessarily true. If you're using Occam's Razor, the Braves' culpability probably isn't even going to be a finalist. Apologies to the narrator of Magnolia, but this is probably one of those things.

Assuming Medlen and Beachy's injuries are serious, the Braves of the last three years might the worst example of pre-hatch chicken counting since the Generation K Mets. The Braves had so many young arms. They had lefties, righties, soft tossers, flamethrowers. They didn't know what to do with them, so they kept them all, except for Delgado. They didn't even fritter them away in minor deals, like the Indians did with Brian Giles. They did the prudent thing and assumed they were going to need that depth. 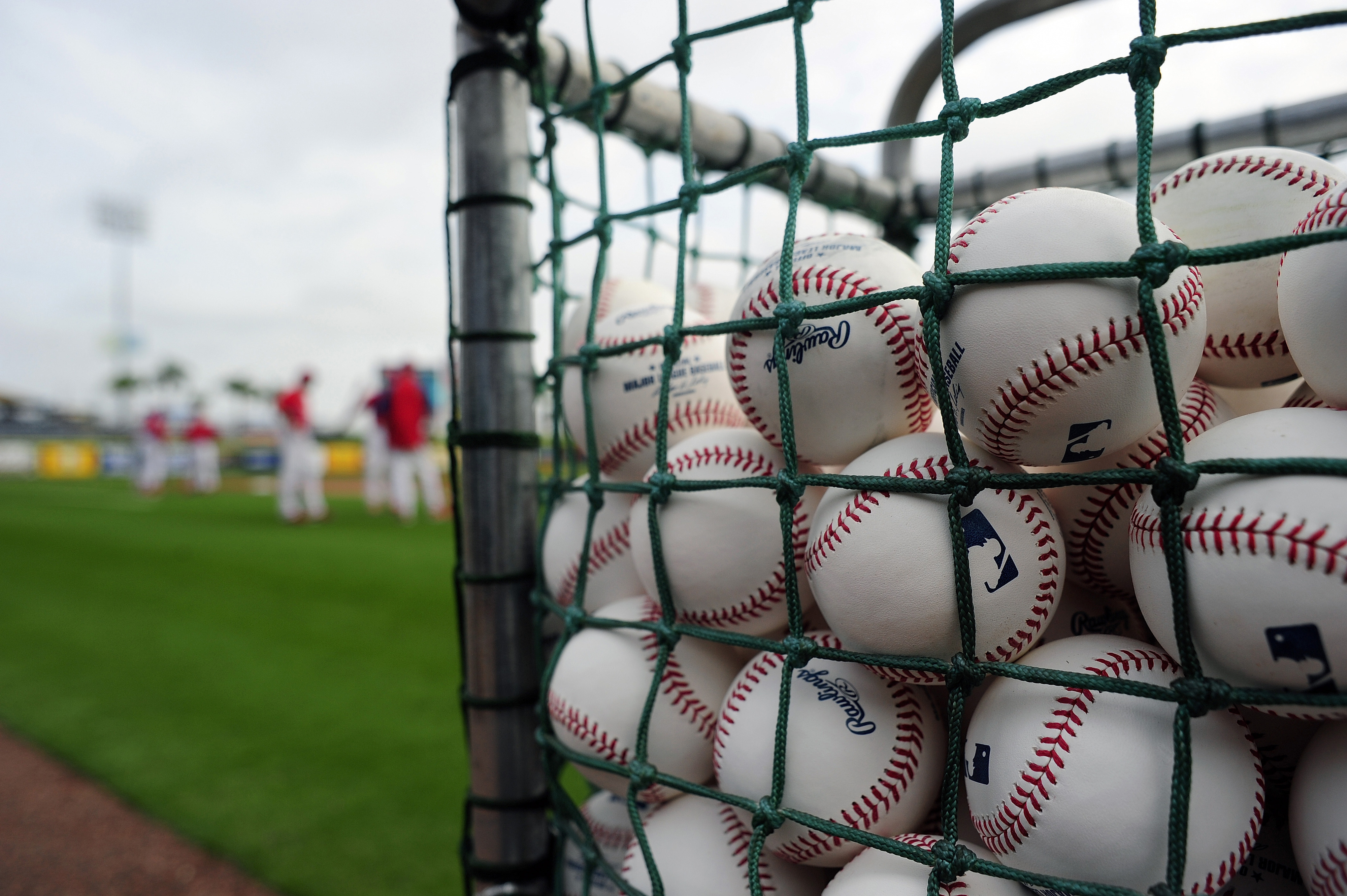 Signing Santana would cost the Braves a first-round pick, which is a great way to hurt the pitching depth of the future, too. But there isn't a better fit on the free-agent market, and the trade market would be a little tricky, especially with the Braves reeking of desperation. They're almost counting on Gavin Floyd's return to health/mediocrity, putting them in the same spot as the Royals when they traded Wil Myers for James Shields, a team without any palatable options, forced to do something drastic. The difference is the Royals probably deserved their fate. The Braves just got caught in an industrial accident.

Scott Coleman of Talking Chop reports that a radio host on 1670 FOX brought up Barry Zito. Say the name twice more while looking into a mirror, I dare you.

I thought spring was supposed to be about optimism and sunbeams, dang it. The plight of the Braves right now is hard to watch. There aren't any lessons to learn, only that spring baseball can be a big jerk.