Are Stephen Drew and Scott Boras waiting out the market on purpose?

It might not have been the initial plan, but at this late stage, it's something to consider.

Share All sharing options for: Are Stephen Drew and Scott Boras waiting out the market on purpose?

As of this writing it's March 20. The regular season officially kicks off this weekend in Australia, when the Diamondbacks and Dodgers go head-to-head on a re-purposed cricket field, but the real start to 2014 doesn't happen until March 31 when the rest of the league gets going. Despite the short amount of time between now and then, Stephen Drew and Kendrys Morales are still free agents. It might not have started out this way, but it's possible that, at this late stage, their agent Scott Boras wants it to be that way.

An agent forgoing work for their clients makes little sense, but Boras would have his reasons that we'll get into. Both Drew and Morales are quality players to the point where it's absurd they remain unemployed this far into spring training. Drew was one of the top hitting shortstops in the game last year for the Red Sox despite a concussion that slowed his production early, and Morales had his second-best full season, with 57 extra-base hits and 23 homers despite playing in pitcher-friendly Safeco for the Mariners. The thing is, though, that both players were extended the qualifying offer by their former clubs, attaching draft pick compensation to them. Despite their talent, relative youth as far as free agents go, and recent production, this was too much for the league on top of whatever contracts Boras and his client were expecting.

Let's not suggest that Boras always planned to wait out the market to this point. If the right deal had come along for either Drew or Morales, it would have been taken. The Morales market has been eerily quiet, though, especially so once the Mariners brought in Corey Hart and Logan Morrison through trades and the Orioles signed Nelson Cruz. Drew has been the subject of far more rumors, but the Mets have yet to offer him a deal that makes sense for the shortstop: the rumor is that they would sign Drew for one year at $9 million, or two years at $20 million. The latter isn't enough guaranteed money for a shortstop of Drew's caliber, and the former will not only represent a drop in pay, but also set Drew up to receive the qualifying offer again next winter if he's productive once more.

Avoiding another qualifying offer is likely Boras' top priority in the absence of a no-brainer contract offer. It's hard to imagine the Cardinals, for instance, preferred Jhonny Peralta -- an inferior defender to Drew who admittedly is a better hitter, but also was just suspended 50 games for involvement with the anti-aging clinic Biogenesis -- as a player, given their organizational emphasis on defense, their decision to bring shifts into their game plans more, and Drew's familiarity with the Red Sox' thorough defensive shifting schemes. Peralta didn't have draft compensation attached to him, however, and with the need for a shortstop and the desire to keep the draft picks that have made the Cardinals so good for so long, it became an easy decision for them even if Drew made more sense, or was at least less risky, on the field. If Drew gets another qualifying offer a year from now, there's nothing keeping him from being pushed aside again in favor of the next Peralta whose team doesn't feel comfortable extending the QO to. 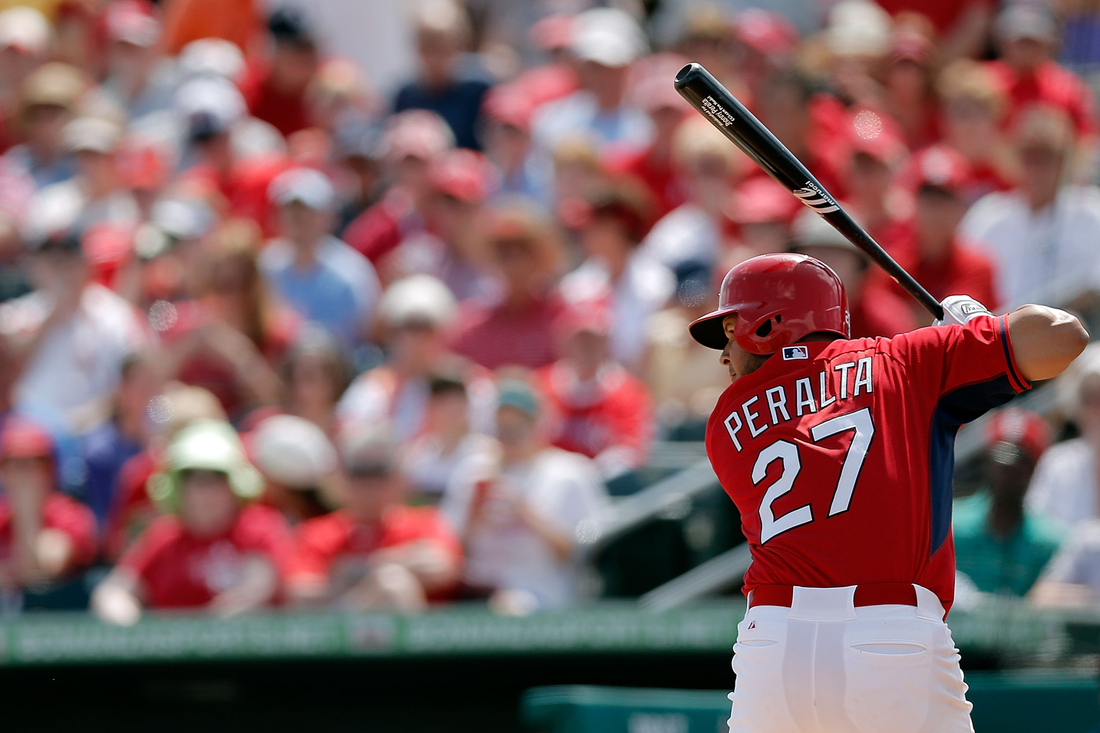 In the past, a player could ask to be exempt from arbitration offers, the precursor to qualifying offers. The Mets and Carlos Beltran agreed to those terms before his blockbuster 2005 deal, so when the Giants traded for him in 2011, all they were getting were his remaining months under contract, with no chance of compensation through free agency. The most recent collective bargaining agreement specifically prohibits that negotiating tactic for the qualifier, though, both in contract form and as an oral agreement. That's why Boras can't get Drew or Morales to sign a deal where they are promised not to receive a qualifier in the future, not even in the off-the-record sense: there's too much room for someone to squeal and cause problems for both player and team.

There is a simple loophole for both Drew and Morales to utilize to avoid receiving the qualifying offer again even with that rule in place, though. In order to be given the QO, a player must have been with the same team all season long. This is why traded players like Matt Garza and Zack Greinke, despite their talents and accomplishments, went to free agency sans draft compensation. If Drew or Morales were to wait until a single game was in the books for a given team, they could then sign with them, making them ineligible for the qualifying offer, and opening up their markets next winter when they would be more likely to sign the contracts Boras believes they should have been able to ink this time around.

Can Mike Trout get even better?

If players usually get better as they progress into their mid-20s, let's look at what Mike Trout could do ...

Can Mike Trout get even better?

While simple, this plan is not without problems. For instance, the signing team would still need to give up a draft pick to sign Drew or Morales, and now they would be unable to recoup said pick in the 2015 draft. With that in mind, someone like the Mets might want to wait two months and see what Ruben Tejada can give them at shortstop, then attempt to sign Drew after the 2014 MLB Draft, when compensation is no longer tied to Drew. For all we know, though, the Mets might also be willing to pay Drew more after the draft is over, after being disappointed by Tejada once more, and knowing that they got to keep their draft selection.

Again, it's not like this was Boras' plan from the start, and we don't know for sure if it is his plan now. It would make sense, though, that he would be doing everything within his power under the current rules to avoid another qualifying offer for his clients where he can since it's clear he can't do something in their best financial interests right now. There is still time for that to change, of course -- the one-year anniversary of the Kyle Lohse deal, one signed under similar circumstances, isn't until next week. At this point, though, it wouldn't be surprising to see one or both of Boras' remaining qualifying offer clients to wait until the games begin to officially end their off-seasons, too.