Noah Syndergaard, George Springer, and playing around with service time

There's a system in place that determines how much young players can make and how soon they can make it. Should we be outraged?

Share All sharing options for: Noah Syndergaard, George Springer, and playing around with service time

You're in the mood for hard-hitting analysis. I'm in the mood to give it to you. And I believe, in my opinion, that it's possible Noah Syndergaard is better at pitching right now than Daisuke Matuszaka. I don't want to come on too strong, but that is my opinion and it is what I believe.

Looks good. That's from last year, and the reports are that he's throwing even harder now, touching 98. This fastball comes with above-average command and a curveball of the gods. Now compare that to what Dice-K features these days. Here's a GIF:

Be patient with the GIF. He eventually comes to the plate. Keep waiting. Keeeeeeeeeep waiting …

It's Matsuzaka who will be in the Mets' rotation to start the season, though, even if Syndergaard is the better pitcher. Why? It will save the Mets money and keep Syndergaard in a Mets uniform for an extra season. The Rays made the playoffs last year, and they get Wil Myers for an extra year. That gamble almost cost them a chance at the playoffs, but in retrospect, everything worked out perfectly. The Giants didn't do the same thing with Tim Lincecum, and they almost lost him a year early. Which, well, in retrospect …

He has a plan. A devious plan.

It's about money and service time. This is a story now because Ken Rosenthal wrote about the Astros keeping top prospect George Springer in the minors, even though he's clearly one of their three best outfielders. The only reason Springer will go to the minors is financial. Everyone knows.

Matthew Pouliot calls the Astros "shameful" for playing these shell games, suggesting the team has a moral obligation to spend the money and lose the year of service time when the player is one of the 25-best in the organization. Rob Neyer disputes that, suggesting the system is to blame, and that it would be swell if players were paid what they were worth at all times, but it's not going to happen.

There are two competing points here. The first one is that the Astros have an obligation to field the best team at all possible times, regardless of how it affects their future success. If you remove the temporal restraints, this effectively translates to, "The Astros need to field the best possible team, even if it hurts their ability to field the best possible team." It's nonsense. I followed a Warriors team for almost two decades that was just bad enough to miss out on every franchise-changing draft pick. Sometimes burning the place down helps the soil. Ask the Nationals where they would be if they won an extra five games in 2009. 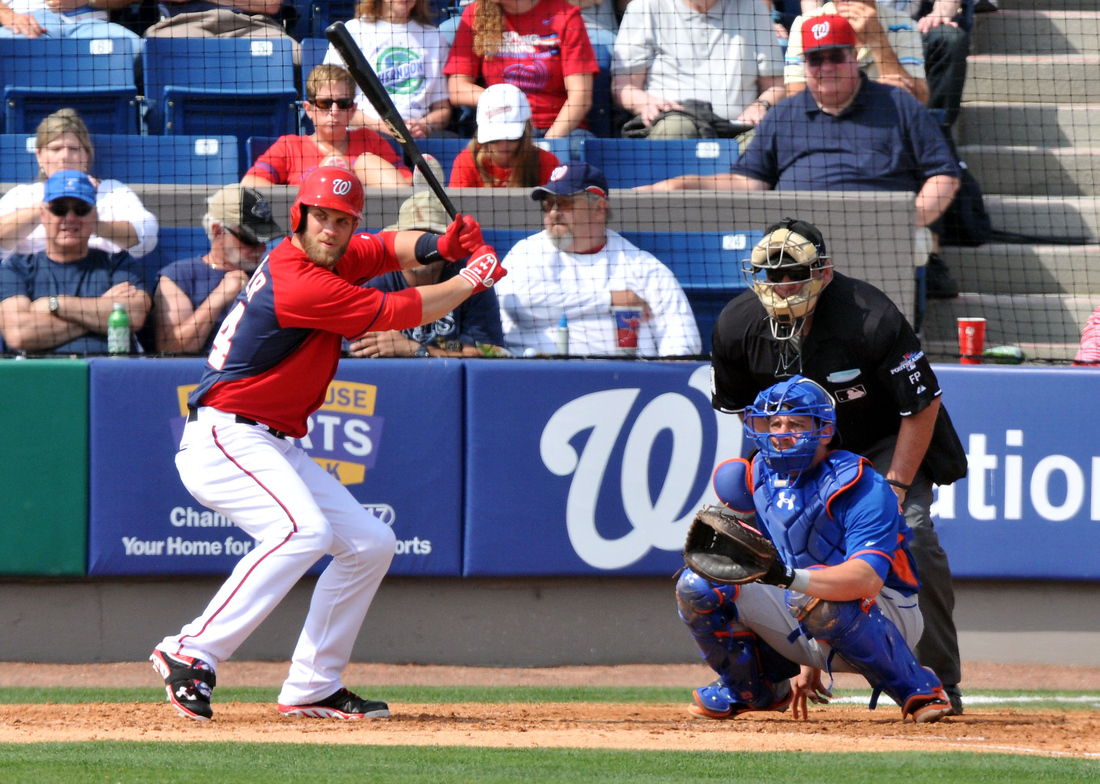 The second point folks seem fond of making, which was touched on in Rob's column, is that players should make what they're worth. It's egalitarian. It sounds right. It sounds fair. It appeals to the belief that hard work gets a proper reward.

But Syndergaard and Springer don't make me think about the injustice inherent in call-ups and 25-man rosters. This situation just reminds us how baseball's parity is wholly dependent on young players getting paid less than what they're worth. That's how the Rays thrive. It's how the A's and Pirates made the playoffs last year. It's why Chase Headley will end up giving the Padres six chances to succeed with him. It's why any team that's bad right now -- Astros, Cubs, Twins -- might be about three or four years away from a mini-dynasty.

Everyone loves parity. For some reason, there's a perception that baseball doesn't have it, but it does. Teams that succeed with drafting and development win. Teams that rely solely on free-agent signings don't. You might take exception to the last one, citing the Yankees as a team that used free agents. Except if they don't lose enough to get Derek Jeter, or if they don't draft Andy Pettitte and Jorge Posada in back-to-back rounds in the bowels of the same draft, that strategy doesn't work. Spending helps a lot, but it doesn't help without drafting and development first.

If you think the Astros are wrong to work within the system, denying Springer what he should really make, you're arguing against small-market teams. Not the Astros -- Houston is huge -- but the teams who would be completely adrift if young players had the same rights as you or I have, which is to walk in the office of your closest competitor with a résumé and ask them to give you more money. That right seems pretty inalienable, but we're okay with baseball not allowing it. We make jokes about it, or write about how good it is that Andrew McCutchen is underpaid. It makes the system work. It screws young players out of millions and millions, but it makes baseball work.

If baseball were some sort of Milton Friedman hellscape, with players becoming free agents after every season, it really would be the rich teams that won it all, every year. Congratulations on Wil Myers, Tampa Bay! He's not yours anymore. Enjoy Todd Dunwoody or whatever.

If you think players should always get what they're worth, be careful what you wish for. Equitable pay in baseball would ruin everything. Our enjoyment is contingent upon other people getting underpaid. Once you've accepted that, there's no sense in complaining about one young player getting a raw deal. If we've accepted that players can't get what they're worth for six years, I don't see a reason to complain about Springer or Syndergaard. They'll both come up and do swell things when it's cheaper for their teams, and baseball will continue functioning with the same kind of parity that allows for Moneyball and The Extra 2%.