Five seconds after Abner Doubleday returned from space to throw the first baseball, there were people arguing about how to tell good defensive players from great ones. At the Sloan MIT Sports Analytics Conference this weekend, the Major League Baseball Advanced Media unveiled their play-tracking system. If you think the part about Doubleday is only silly hyperbole, don't forget about Johnny Evers's dream from 1910: 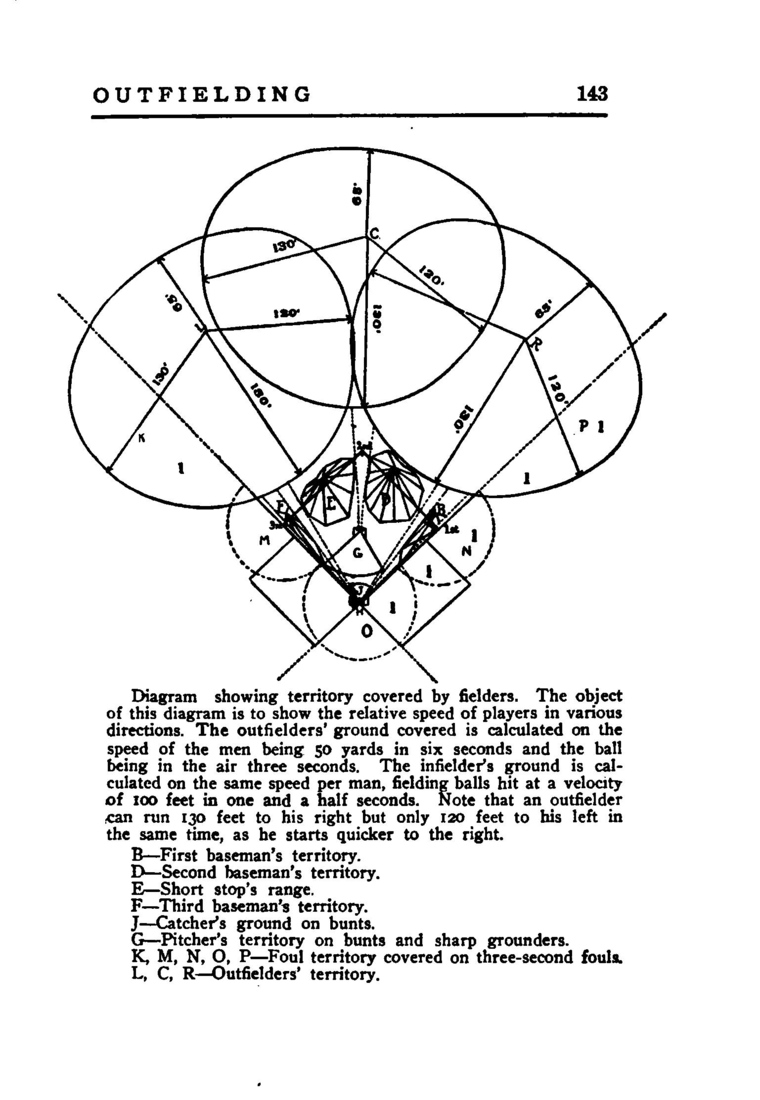 Now there are lasers and supercomputers. They're going to tell us more than we'll need to know. 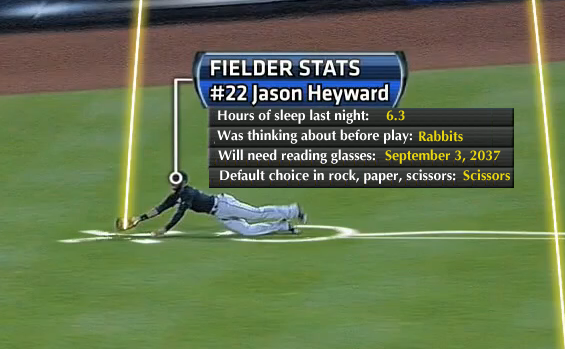 The sound of five million baseball dorks squealing in unison is surprisingly horrifying. It kind of sounds like a six-ton lobster dropped into boiling water.  But when are we going to get to play with it? Ben Lindbergh of Baseball Prospectus has some answers and mind-rattling GIFs:

Bowman began his presentation by stating that the technology would be available "for baseball operations and some fan use for 2014."

When are we going to get to play with it?

Later, he said, "This year, fans will be able to see this data and these videos," Bowman said.

When are we going to get to plaaaaaaaay with it?

… it’s also worth noting that releasing nothing to the public—as has been very close to the case with HITf/x—is also within the boundaries of what MLBAM has done.

Ideally, the progression would move from the data to smart people figuring out what constitutes an average first step and route, then smarter people would estimate how many runs a fielder saves or costs with his steps and routes, and finally they would dumb it down into a single number for us simpletons. It will be folded into a WAR-like substance, and we'll get more insight on what players are actually worth in terms of wins and losses.

In Lindbergh's conclusion, he presents a quote from MLBAM's CEO, Bob Bowman, in which Bowman suggest that the new technology will not settle every debate, but open the door for newer, better debates. Lindbergh isn't as convinced, suggesting the debates about a player's defensive value won't continue in anything close to their present form.

Is it okay to hate closers again?

Now that Mariano Rivera has retired, is it okay to go back to disrespecting closers, baseball's pointlessly overspecialized answer to the giant panda?

Is it okay to hate closers again?

They're not mutually exclusive positions, but I err on the side of Lindbergh. Is Jason Heyward better in the field than Hunter Pence? Right now, we probably know the answer to that. In the future, we'll probably get support for our answer in the form of angles, first steps, top speed, and route efficiencies. The only people who will argue against the mountains of data will be the YouTube commenters of today, the people who argue that Joey Votto needs to swing wildly with runners in scoring position. Those debates will mostly die.

There will still be mysteries to solve, sure. What turns Andruw Jones, golden defensive god, into Andruw Jones, lumbering DH? There's a general answer -- some combination of pork rinds and Netflix marathons -- but with the data, there will nifty, intuitive ways to predict the decline and fall of a player's Gold Glove empire before it might be obvious to the rest of us. There will be debates about the best ways to figure that out

If you love to argue, they'll never take away our right to fight about how older players compare to today's players defensively. There won't be first-step tracking or route efficiencies for Willie Mays, and there isn't going to be an easy way to measure him against, say, Mike Trout. There will always be debates about the greatest defensive players ever, and the new data won't solve them.

(Spoiler: The modern player is probably better. Always. But, hey, yell if you must.)

I will guess that it will take years to get to the end of the fielding debates. Once the data is available to the public, it'll take years for the smart people to parse the data and agree on the best way to extract numerical value. After they get there, arguing about defensive players will be like arguing about who hit more home runs last year.

Can't wait. This means more time spent on more pressing issues, like how long a hitter can watch his home run before showing the pitcher up, and how high a bat can be flipped before it becomes an egregious bat flip. The nebulous world of defense, though, is about to be a lot less nebulous. Good job, computers. Good job, smart people.