Johan Santana isn't going to work out for the Orioles

Congratulations to the Baltimore Orioles for taking a chance on Johan Santana.

Share All sharing options for: Johan Santana isn't going to work out for the Orioles

Johan Santana recently threw off a mound for interested teams. A video:

That's mean. But also not too far from the truth. From the Post:

Tim Naehring represented the Yankees at the workout in which Santana topped out at 81 mph, pitched between 77 and 78 mph and mixed in an impressive changeup.

There is also video of this impressive changeup:

That's not an idle comparison. If you want a former Cy Young winner to mix occasionally impressive offspeed pitches in with low-80s fastballs, you can get one who is almost certainly healthy. Probably wouldn't have to guarantee that much, either.

Considering all of the above, then, this is a surprising revelation: The Baltimore Orioles signed Johan Santana to a deal that guarantees him $3 million if he makes the 25-man roster, and up to $8 million in incentives.

Johan signs with the O's

The lefty can reportedly make up to $8 million in incentives.

Johan signs with the O's

As a reminder, Santana has appeared in 21 games since the 2010 season. Tim Wakefield has more starts since then, and he retired after 2011. Daisuke Matsuzaka started more games than Santana over the last three seasons. So did Jo-Jo Reyes and … look, the point is that Santana hasn't been the most reliable starting pitcher over the last few years, and he's getting a major-league deal for millions of dollars.

So let's all make fun of the Orioles, those stupid, stupid Orioles. Ha ha, I'll start:

I tried. I tried to make fun of the Orioles, but that's all that came out. Pretend you're running a team that's $3 million under budget this year. You tried for Ervin Santana, but he was too expensive and cost a draft pick. If he came at Nelson Cruz prices, sure, but he's being stubborn. So you have $3 million or so, and you want to improve your team in 2014. With the benefit of hindsight, here are some pitchers who signed for less than $3 million this offseason:

There's some competence up there, alright. Some low-priced, bargain competence, and the pitchers went to teams that could use that competence. Williams went to the Astros, a team that doesn't want to burn out its bullpen with four-inning starts from youngsters. The Cubs could use the competence of a healthy McDonald, and the Dodgers didn't need anything fancier than Paul Maholm.

If you want decent starting pitching, then, there's a way to repurpose the things found on the side of the road. It doesn't cost too much, and the upside is a handful of below-average to average innings. 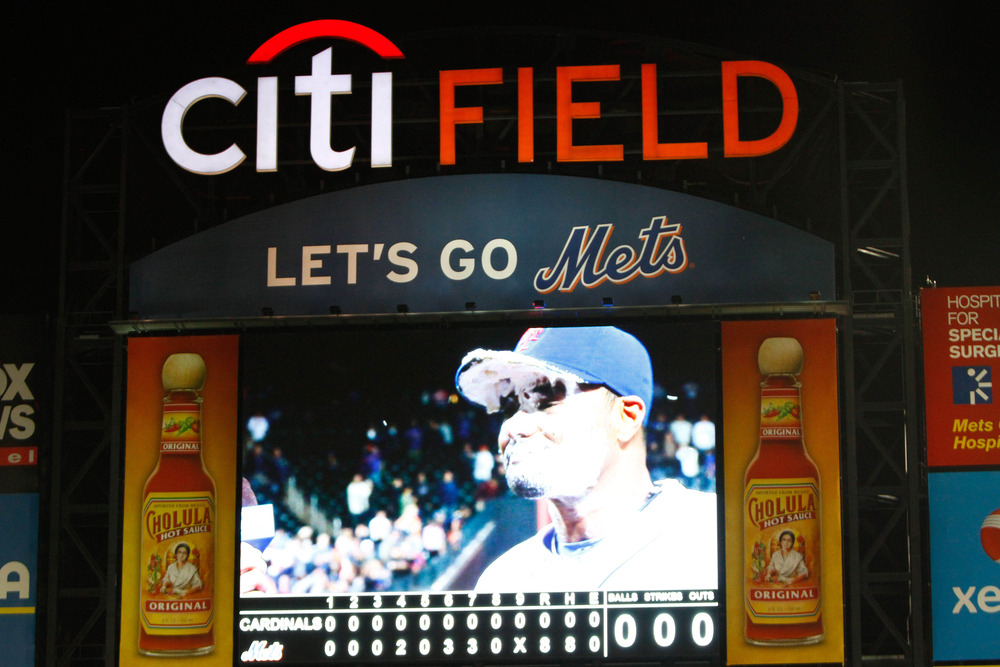 That's not what the Orioles were interested in, though. They have those guys. Bud Norris is competent. He's, like, the first pitcher who comes to mind when cataloging competent, unexciting pitchers. If you're neither good nor bad, you'll spend your afterlife following a team with Jon Garland, Chris Capuano, Paul Maholm, Jeff Suppan, and Bud Norris in the rotation. It's better than the alternatives. And that's what Norris is: better than most of the alternatives, at least if you're limiting your alternatives to cheap, available pitching.

The Orioles didn't need to spend money on outside shots at competence, then. If they weren't going to spend on a clear upgrade like Ervin Santana, they didn't need to do anything for the rotation, really. Unless they did something to secure a raffle ticket, that is. That's Johan Santana. He at least hints at something more. Call it the Bartolo Colon Theorem, which I'll define as …

A pitcher who was an indisputable ace for several seasons will always be worth a low-cost flier coming back from injuries. Until he's, like, 40.

Most of the best theorems have "like" buried in there somewhere.

This doesn't necessarily apply to someone like Chris Young, who's in camp with the Nationals right now. This is about the big cheeses. If Roy Halladay or Chris Carpenter decide, after moving from the original series all the way through Deep Space Nine before the first month of retirement, that they might have a little baseball left, there will be interested teams. And there should be interested teams. It's the Bartolo Colon Theorem. Hey, they could be the next Bartolo Colons.

The Bartolo Colon Theorem ignores steroids and illegal slatherings, but work with me.

We'll skip to the end of the book: Johan Santana will not be successful with the Orioles. This will not end up like Bartolo Colon. The Colon path is a beautiful dream, but it's going to happen once a decade. Still, you pay the $3 million because that's the only raffle ticket worth buying at this point of the offseason.

Put it this way: If the Orioles spent $3 million on a 16-year-old pitcher from another country, no one would blink. The odds of that baby praying mantis reaching the majors are roughly the same as they are of Santana contributing to the 2014 Orioles. Except the Orioles know they might need the high-upside help this season.

Good for the Orioles, good for Johan Santana. It's weird to celebrate a team flushing their money down the toilet like this. But it's like my dad never said, "It's never a good idea to flush your money down the toilet, but sometimes the money gets stuck, and that's when the plumbers find your missing iPhone." It isn't going to work out. But it's a gamble worth trying.