The 10 worst moves of the MLB offseason

Share All sharing options for: The 10 worst moves of the MLB offseason

Last year, I wrote an article about the 10-worst moves of the offseason. On that list was the Dodgers signing Hyun-Jin Ryu.

So I don't want any illusions that I know what I'm talking about with this year's list. But I think I learned a valuable lesson with that one: smart teams signing expensive international free agents get the benefit of the doubt. The White Sox are at least half of that description -- they most certainly are a team -- so I'll hang back on the Jose Dariel Abreu criticism this year. Kinda liked that move, anyway.

Jon Daniels might be a sleazeball, but let's look at the bigger picture.

Here are this year's 10 worst moves of the offseason:

10. Michael Morse signs with the Giants, one year, $6 million

The Giants' biggest problem last year wasn't a lack of power. The Giants' biggest problem last year was that they had problems preventing runs. They focused on the power problem, and they replaced their best defensive outfielder with a grade-A clomper. The price isn't bad; the opportunity cost is. There's less playing time for Gregor Blanco now, who can be maddeningly streaky, but is good enough at getting on base and catching the ball to make up for any shortcomings.

The Giants, though, succumbed to their primal urges, and gave in to their wanton dingerlust. Tragic, really. Except, here's what the two outfielders did last year:

I guess the idea is that Morse's wrist was hurt, and now his wrist is in the best shape of its life. Still, Morse has had exactly one season that made him worth the bad defense, and that came when he was three years younger. It's probably not going to happen again.

This makes the list purely with the benefit of hindsight, but it's hard to overlook. It's not what the A's had to give up. It's not that Johnson is a bad pitcher. It's that Johnson is almost making in one year what Grant Balfour is making for two. I didn't mind the deal at the time, because there really wasn't a better way for the A's to spend the money if they had it. The lineup was set, the rotation was mostly set … an expensive reliever is a bad thing only if it prevents them from doing something else.

HOW DARE WE ENJOY BASEBALL

In today's HOW DARE WE ENJOY BASEBALL, we laugh it up at Ian Kinsler's expense, we see something filthy, we take a trip to the barbershop, and we try to remember: the tape is always rolling. YES!

HOW DARE WE ENJOY BASEBALL

I don't know if Balfour constantly clears his throat during team meetings or plays Puddle of Mudd CDs constantly, so maybe there's a reason the A's were looking to move on. But spending $10 million on Johnson this year means they're going to either make do with a cheaper option next year, or they'll spend another princely sum on a closer. They'll probably end up paying twice as much as they would have for Balfour, but receive the same production.

I'll guess that if they knew Balfour's price was going to drop that low, the A's would have been all over it. And then their interest means his price would have gone up, which means this is an unfair deal to include. But combine Balfour's deal with my knee-jerk reaction that expensive closers are horrible, and the A's make the list.

Where were you when you heard about this deal? It's probably the Kennedy assassination of our time, give or take.

Every team should have a Chris Stewart already. There should be one in Triple-A, waiting to be the next Chris Stewart. There are Chris Stewarts who get squeezed off rosters before the Rule 5 drafts, who become minor-league free agents. There will be Chris Stewarts who are on the fringes of a 40-man roster in three weeks, who can be had for a song. That song is a delicate, glassy ringtone, and at the other end is a GM who will just give his Chris Stewart away.

The Pirates traded a young, live-armed reliever with decent stats in the minors. He probably won't make a difference either way, but neither will Stewart. This kind of trade offends my nerd sensibilities, that's all.

Those deals up there were mild dislikes. Here's where the real loathing kicks in.

Vargas's ERA+ over the last three years: 88, 99, 94. He's pitched in two of the better pitcher's parks in baseball, so he looks much better according to ERA than he actually is, and he doesn't look that spiffy according to ERA. Four years. Four years.

Mostly, though, I hate that the Royals are shooting for average with 60 percent of their rotation. Most rotations can use a pitcher like Jeremy Guthrie, Vargas, or Bruce Chen in some capacity. But lumping them together is a cry for help. If they're all as average as they have been, the Royals will have won the gamble. 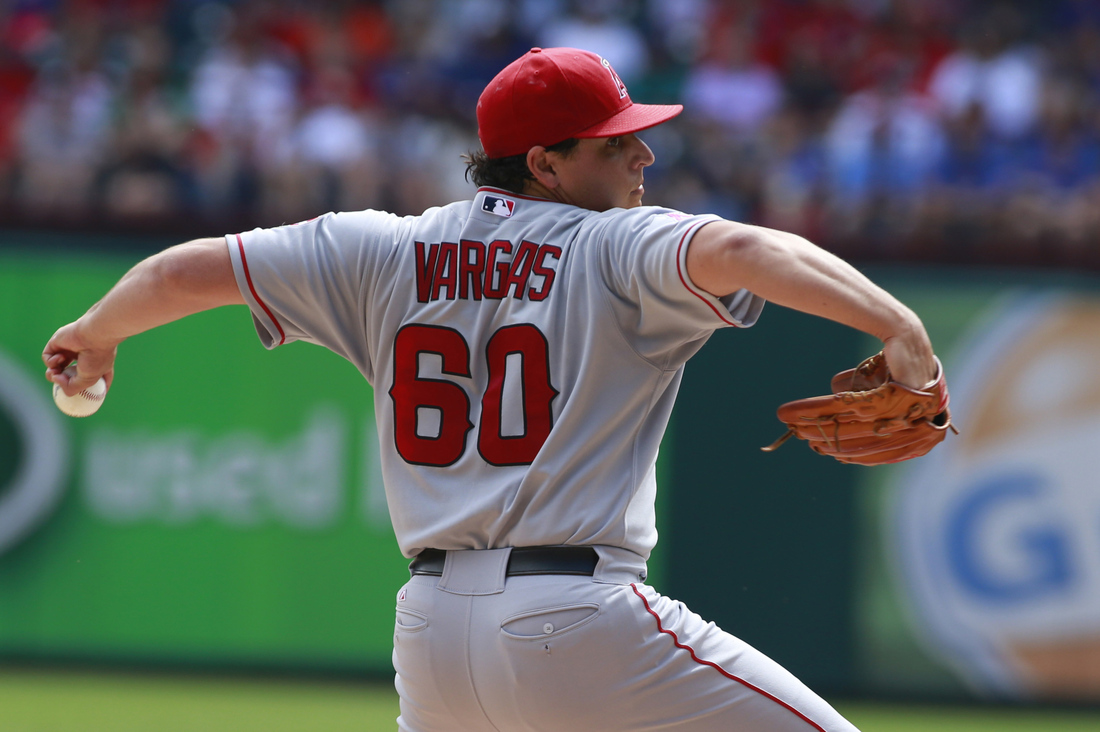 One of them is going to have the unfortunate season, though. It doesn't matter which one; when you put three hope-for-average pitchers in the rotation, the odds are outstanding for a collective output of below-average. The Royals committed four years and much monies in their quest for competent pitchers. It would have been better if they filled at least one of the spots with upside.

These are understandable moves, mind you. Both teams are rich. Both teams want to win in 2014. Both teams had an easily identifiable need in the outfield.

I'm pessimistic, though. I know that Baseball-Reference.com's similarity scores are more for fun than hardcore research, but here are the 10-most similar players to Ellsbury:

The DH is awful and so are you

You've heard all of the arguments for and against the DH before, but you need to brush up before the season starts.

The DH is awful and so are you

And here they are for Choo:

Now go through those lists and see which of those players would have received similar deals after their age-29 seasons if they played today. Gilkey, probably. Calderon, possibly. Rowand, sure, can't have enough defense in center.

If the short-term payoff is substantial, the deals aren't a debacle. But these aren't Hall of Fame players, and they aren't especially close. They're getting paid like it, though, and that has to affect future roster construction.

It's a statement deal. "We are the Mariners, and winning is serious business. Come play for us."

It's a deal that only a team like the Mariners, who have hardly any long-term commitments, could make.

It's not a bad gamble for the Mariners, who are loaded with young pitching, to make a move for the short term.

But in 2024, when everything's basically going to look like Blade Runner, and when it's possible that Bryce Harper will be a 32-year-old player on the downside of his career, the Mariners will still be paying $24 million to a second baseman, who will almost certainly not be a second baseman. Guh.

Barnes is a utility-type. Lyles is young enough to be a prospect, but he's been just about the worst pitcher in baseball over the last three years. Even if he turns it around, he'll be arbitration-eligible after this season, so he'll stop being cheap.

Fowler is a good outfielder who was traded in an offseason where good outfielders received nine-figure deals. It's inconceivable that this was the best offer they could have received, and I absolutely know what that word means. My goodness, the Yankees could have had Fowler and Stephen Drew and four late-inning relievers and an extra $50 million to play around with. It was the Rockies' job to convince them -- or any other team -- that Fowler was their best option. 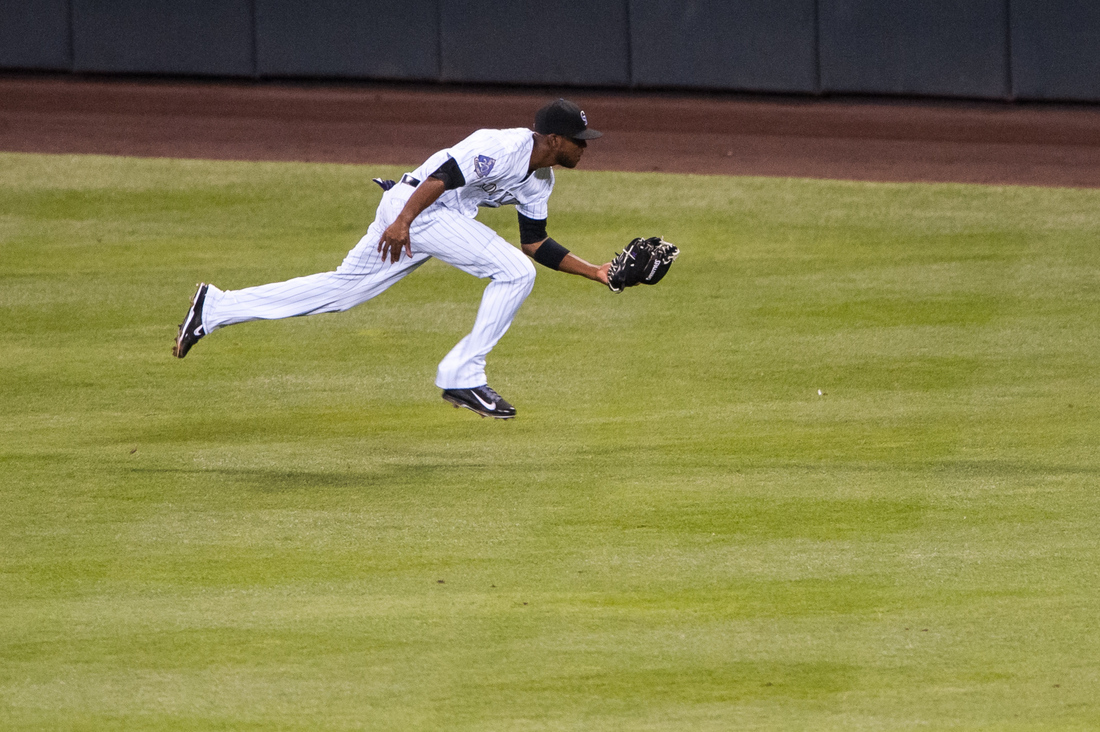 Now let's see what Fowler gets traded for in the next 15 months.

Mark Trumbo is a rich man's Michael Morse -- a gigantic, OBP-challenged dinger fountain who actually produces dingers, albeit with questions in the field. I don't mind him in a lineup at all, but let's do another thought exercise.

Pretend the Diamondbacks really needed another outfielder. A.J. Pollock is probably good enough to start, and I might take him over Trumbo, but okay. We'll play along.

Assume that Adam Eaton had a legitimate attitude problem, and he needed to go. Okay, still playing along. We know the White Sox were willing to trade Hector Santiago for Eaton because, well, that's what they did.

Now pretend you're the Diamondbacks, and you now have Santiago in the rotation. That means there's …

They would have ended up with a better team, and one that was more financially flexible in future seasons.

I hate this deal so much. You know what kind of pitcher Nolasco is? He's the kind of pitcher teams lose faith in after a handful of bad outings. That's what happened last year, when he was Greg Maddux in the second half for the Dodgers, until he hit a September hiccup. Then he became a pitcher the Dodgers begrudgingly put in the postseason rotation, and the kind of pitcher who was given a freaky-short leash when things went sour.

That's because that's exactly the kind of pitcher he is. The Marlins couldn't give him away last year. The Dodgers didn't wait around for a third inning in the NLCS to pull him because he's Ricky Nolasco. You have to be absolutely convinced that fielding-independent percentage is applicable to every single pitcher, no exceptions, if you sign Nolasco for that much in his 30s.

Paul Maholm is probably the better pitcher. He signed for $47.5 million less.

Me: I have a pitch for an article.

Me: I'm going to rank the worst moves of the offseason.

Me: It's called 'The 1 Worst Moves of the Offseason'.

Me: And instead of writing an article, I'm going to write the words 'Doug Fister Trade' in Sharpie all over my body, then take a nude selfie.

Me: I'll cover the naughty bits.

SB Nation editors: Have you thought about a '10 Worst Moves of the Offseason' piece?

And that's how we ended up here. I still wake up at night, mumbling about the Doug Fister trade. The Tigers are built to win now like no other team. They have players like Miguel Cabrera, Justin Verlander, and Max Scherzer, who are good now. They're great now. Now's the time. Support them now. Better get a good team going now. Now, dammit. NOW. NOW. NOW.

So they traded one of the better pitchers in the AL for a prospect. Even if you buy into the Tigers' evaluation of Robbie Ray, which few do, it was a weird decision. The idea was to save money for Joe Nathan, I guess?