Why is every young starting pitcher amazing these days?

It seems we're like being bombarded by high-quality, youthful starters, but why is that?

Share All sharing options for: Why is every young starting pitcher amazing these days?

On Tuesday night, the most exciting baseball was played in Kansas City. Yes, Kansas City. The Royals' 22-year-old rookie Yordano Ventura -- No. 2 prospect in the Royals' system prior to the season according to John Sickels -- made his first start of the season, matching up against the newly-rich 25-year-old Chris Archer of the Tampa Bay Rays.

The game actually lived up to the hype. Archer was great, scattering six hits over seven innings, striking out four and walking two. Ventura was also great, allowing only two hits, fanning six, and only allowing two hits with no walks over six frames.

In what's become a  common occurrence, two very young starting pitchers threw hard and got lots of outs in early-career pitching performances. It has almost become rote, but it seems like it's not taking top pitching prospects -- really any sort of young pitchers -- very long to be effective starters.

The traditional narrative is that in years past, it actually took younger pitchers a little while before they became great, or even good. Sure, there were rarities: Hall of Famers, Doc Gooden, and the like -- but most starters needed to put in a few seasons before they really hit their stride. Even more recent baseball fans remember Randy Johnson and Cliff Lee suffering through early stretches of average performance before eventually becoming rock stars on the hill.

There are two major factors that are shifting the way we look at young starting pitchers.

It's no secret that baseball -- the whole sport -- changes slightly from year to year. Some seasons are part of a swing upward in offense, some seasons see offense decline. Since 2010, the major leagues have seen a shift into an offense-unfriendly environment, and our expectations may not have shifted enough yet as a result.

Here's what I mean. In 2009, Justin Verlander was excellent. He came in third in Cy Young voting, in large part due to a solid 3.45 ERA over 240 innings. In 2013, Verlander a nearly identical ERA -- 3.46 -- but had what was considered a down year for him. One difference? Consider ERA-, an index stat that takes a pitcher's ERA and adjusts for park and league, then compares it to the league average.

Verlander's ERA- in 2009 was 76, which means that he was 24% better than league average. That's a very big gap -- one that makes a pitcher worthy of Cy Young consideration. But in 2013, with the same ERA, Verlander's ERA- was 85. That's only 15% better than league average. Good, but probably not good enough to be in contention for a Cy Young award. 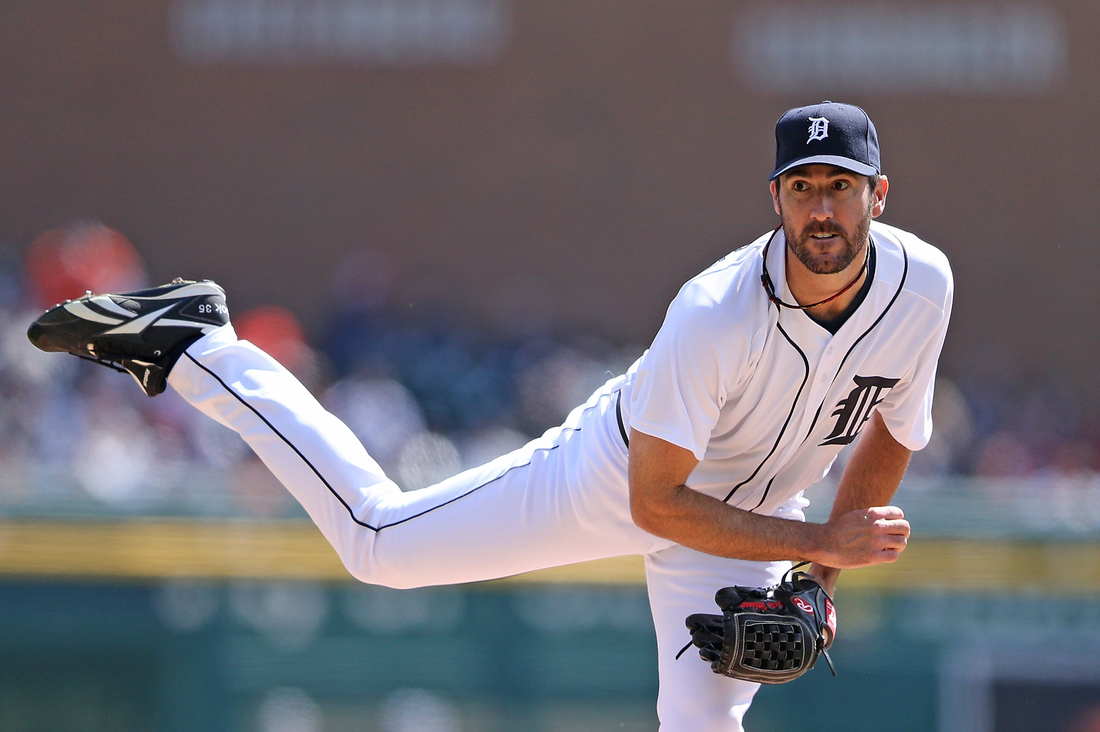 The number of runs being scored in baseball today is low, and it's getting lower. If early returns from the 2014 season are extrapolated (remember, it's still early), then we could be looking at another dip in offense again this season. Oh, and it's not just runs. The strikeout rate in baseball is at an all-time high. The league strikeout rate is up to 18.9 percent among starting pitchers, and that's taken an especially large jump up since the start of the 2012 season. To put it in perspective, in 2009 starters were striking out 6.6 hitters every nine innings. Today, they're striking out closer to 7.2 hitters per nine. That's half a strikeout per nine innings -- and rather close to one additional strikeout per start.

On Thursday night, Danny Salazar of the Indians (another young starter) did something that no other pitcher in history has ever done: he struck out 10 batters, but failed to make it out of the fourth inning. While this is a fluke event, it does highlight just how many strikeouts are being racked up these days.

Factor No. 2: Pitchers' peaks are shifting to earlier in their careers.

Here's the over-simplified truth: As a pitcher gets older, they lose their velocity. As a pitcher loses velocity, they lose one of their biggest advantages. And as a pitcher loses an advantage, their performance tends to suffer. Obviously, there are pitchers who compensate for velocity loss with improved command, more movement, new pitches, smarter pitching (check what Jon Lester is doing for the Red Sox as a real-world example) -- but in the end, all pitchers hit a downward slope from which they simply cannot recover.

Both Ventura and Archer were so great on Tuesday in part because of their plus velocity. Chris Archer isn't a guy with dynamite secondary offerings -- he gets by thanks to a wicked heater. And Yordano's velocity puts everybody else to shame. He broke the 102 mph barrier, according to PITCHf/x data, and even threw a 98-plus mph cutter during his outing. From the foremost experts on PITCHf/x technology:

@brooksbaseball according to my analysis, Ventura throws the ball very hard.

In 2010, Tom Tango published research stating that the peak ages for starting pitchers came between the ages of 27 and 29. If we look at 2013, and the numbers from that "peak" age range, and compare them to the pitchers in the pre-peak and post-peak three-year age ranges, we get something kind of interesting.

It looks like the pitchers between 24 and 26 threw about as many innings as the pitchers between 27 and 29 last season. Those pitchers held their own: they had a slightly lower ERA, and a comparable FIP, which measures the outcomes completely under a pitcher's control. Pitchers from 27-29 still have a bit of a strikeout lead, which is honestly a bit surprising to me. Nonetheless, if 27-29 was a true peak, I'd expect to see a bigger difference in the numbers.

Keep in mind that none of these age groups take into account Jose Fernandez, likely one of the five best starters in baseball last year. He turned 21 last July.

In addition, Tommy John surgeries are on the rise, and these injuries cause guys to lose a year or two of development time, even if the surgery is a full success. After surgery, they often struggle with command and control, especially in the first year back from the procedure. These are further performance declines.

Once you take into account how hard pitchers are worked in high school, college, or the minors -- or even before -- it starts to make sense that the mileage they put on their arms is going to potentially limit velocity later. Calling young starters up early gets those prime velocity years in front of big league hitters, often with a great deal of success. If these years happen before Tommy John surgery, then you could expect them to be a little better than they might be after the zipper. 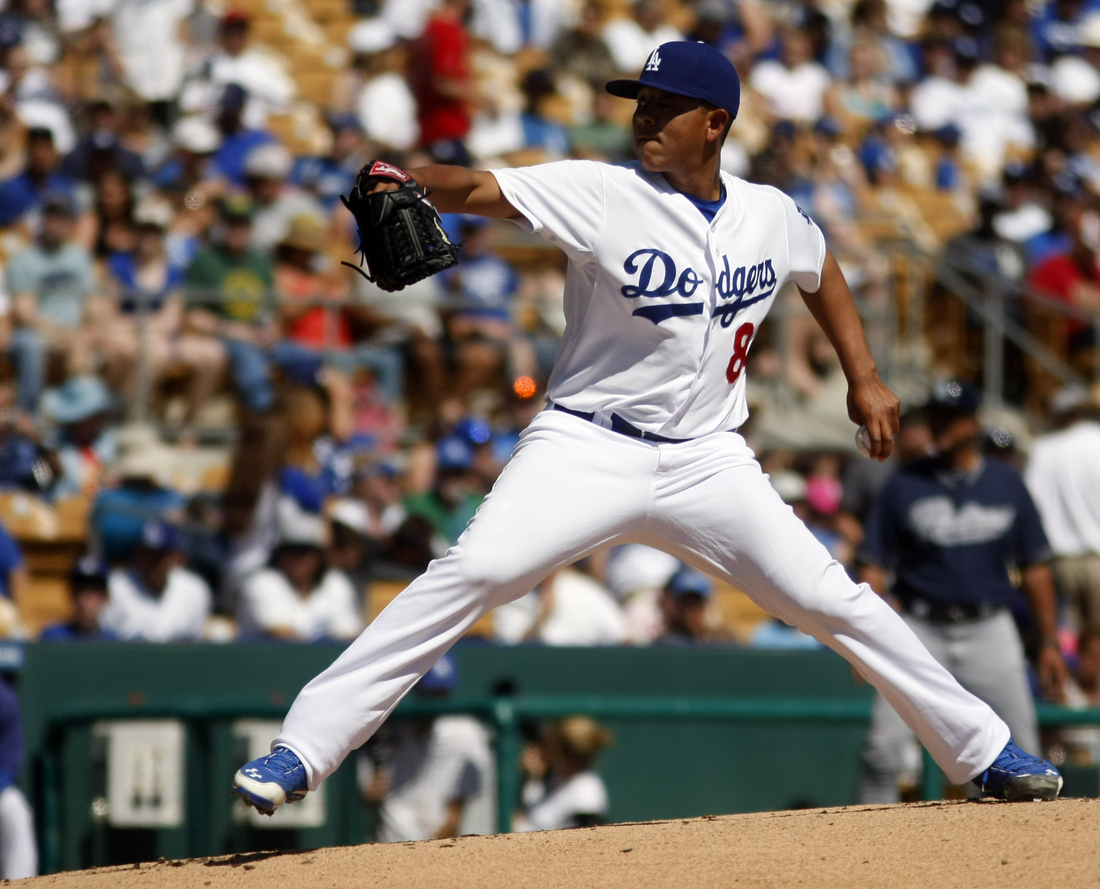 On an aside, if you don't know about Julio Urias yet, you will soon. Urias, a Dodgers left-handed pitching prospect starting in High-A, has started his professional career with a bang. Last year, he struck out 67 hitters in just 54 innings of work in Low-A, and he's started to appear very high on prospect watch lists. ESPN's prospect guru Keith Law put him at No. 13 overall on his 2014 Top 100 prospects list, and many other prospect watchers see the same potential.

Urias is, unbelievably, 17 years old. When he was slicing through professional hitters in 2013, he was 16 years old.

No one knows if Cincinnati's supremely speedy young outfielder will work out as a big league player. But in a game with something of a weirdness deficit, Hamilton already delivers.

He's an example, albeit an exceptional one, of how pitching is changing. Today, 17-year-olds are perfectly acceptable -- or even very good -- minor league pitchers, and 22-year-olds are at least half-expected to blow through major league lineups.

The game is changing, and what you see isn't just a mirage. Sure, all pitchers are performing better, but more wins are coming from the young guys as well. Starters like Matt Harvey, Jose Fernandez, and others who dominate right out of the gate are becoming more common. High-profile prospects like Zack Wheeler and Kyle Gibson who don't dominate right away are viewed as disappointments.

So when you watch Yordano Ventura make his next start (Tuesday, against the Astros), take note of what you're seeing now. It's special, but it also could be fleeting, as we'd expect his crazy velocity to drop in the years to come. Pitching is now a bit of a young man's game, and we should enjoy these special performances while we can.