It's ... noticeable. Is it noticeable? Feels like you can kind of tell.

Share All sharing options for: Here's the new protective hat for pitchers

Todd Redmond, modeling the new protective caps for pitchers. He and others I spoke to aren't fans. #bluejays pic.twitter.com/DnbvPtMrQA

"I'll do anything for safety, but I won't do that."

It looks like he's shoplifting toast. Or maybe that's just where Redmond keeps his Altoids. I do wonder, though, if there's a way for the development team to consider making the hat bigger. You can't even tell it's a safety hat. 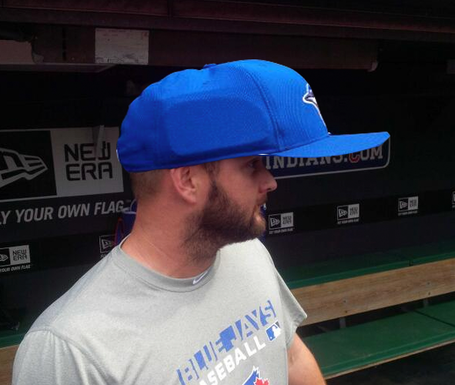 There you go. Now you know that hat is safe. Back to the drawing board.