Is Chris Sale more likely to get hurt than the average pitcher? Maybe, maybe not. But let's not bury him just yet.

Share All sharing options for: Let's not shovel dirt on Chris Sale's brilliant career just yet

You would think this would be an impediment for a baseball writer, and you would be correct. It makes doing my job incredibly hard. What's wrong with Buster Posey right now? Sample size. Say, what's going on with Hunter Pence? Sample size. Wave that sample-size torch in the dark and hope it scares away the real answer, that's my philosophy.

No. But let's talk about him anyway.

But I know when I see something different. After watching hundreds and hundreds of innings of Tall Right-Handers Throwing Hard Sliders and Deceptive Lefties Throwing Off-Speed Stuff, the different pitchers stand out. Maybe it's Yordano Ventura, with his combination of fastball and height, or maybe it's Josh Collmenter and his hatchet-throwing mechanics. The different guys are easy to spot by definition, even for a scouting-deficient writer. Those are the peppers on the nachos of baseball, the parts you think are inessential until they're gone. All hail the freaks.

Which brings us to Chris Sale, who pitches like a pair of high heels going through a pachinko machine. Whose pitching motion resembles a Ziploc filled with Ikea wrenches stapled to the collar of a hyperactive beagle. Whose delivery reminds me of reversed video of a utensil drawer falling out of a moving van. Who … sorry. I can do this all day. I can't explain why Sale throws as hard as he does, or why his breaking ball breaks as late as it does. I just know he's different.

Different in this industry means he's likely to get hurt.

That's not my opinion, mind you. That's the conventional wisdom. When a pitcher is different -- short, too tall, a slinger, an max-effort guy, a … -- his durability is called into question. Predicting the demise of Pedro Martinez was a cottage industry for most of a decade, and you know that when he finally slowed down, after five straight seasons over 200 innings pitched, there were ghouls just waiting to drop a "See? See?" on the rest of the baseball world.

Tim Lincecum dropped in the draft because he was short with wacky mechanics, not because he wasn't talented. He was supposed to be hurt early and often. He's started 224 games without going on the disabled list once. But the ghouls get to say "See? See?" because his velocity is down now. See? We told you all you were going to get out of him were three or four amazing seasons. See?

Now Chris Sale is on the DL with a flexor strain. Though he missed a pair of starts last year with shoulder tendonitis, this is his first trip to the DL. This means we get to hear "See?"

Allow me to present a two-part rebuttal to "See?", to the idea that because a pitcher is different, because he's unconventional, that we should all wait around for him to explode into a cloud of sprockets and rubber bands.

Everything you know is wrong

'Field of dreams' is the worst baseball film

1. The pitchers most likely to get hurt are the ones who throw baseballs for a living

If everyone knew why Nolan Ryan lasted as long as he did, there would be more Nolan Ryans. If everyone knew exactly why Mark Prior was out of baseball before his natural talent dictated he should be, every first round of the Rule 4 draft would be filled with stars and regulars because they could avoid the obvious missteps.

Keeping pitchers healthy is a science, sure. Except it's 1639, and we're just getting used to the idea that the sun revolves around the Earth. We might have the basics down, but in 400 years, we're still going to be arguing about the neutrinos and quarks of pitching. In the meantime, this non-scout isn't going to assume that different is a synonym for fragile, mostly because the status quo sure seems to get hurt an awful lot. 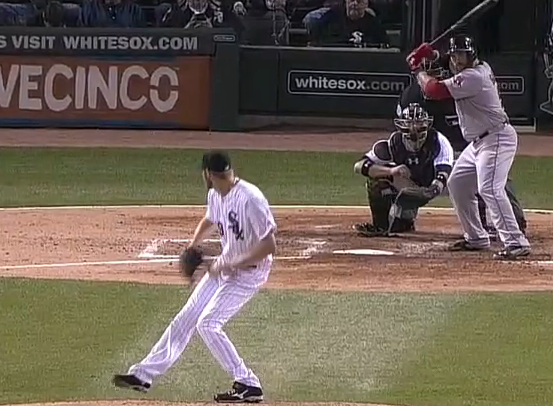 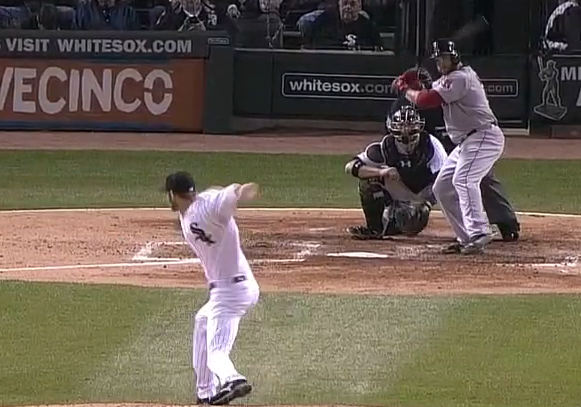 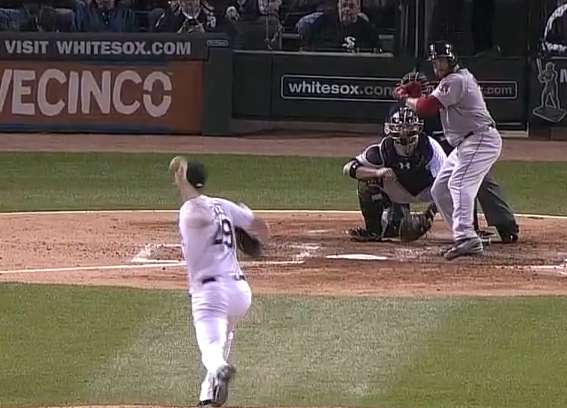 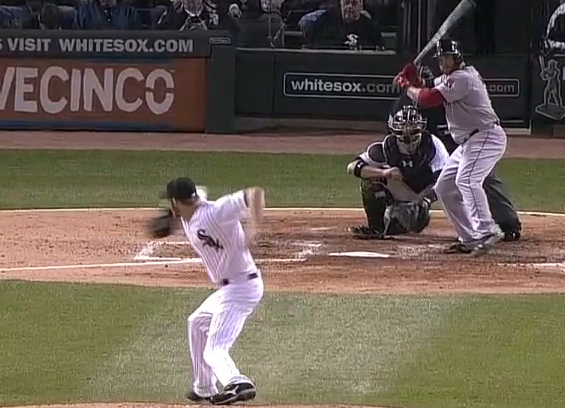 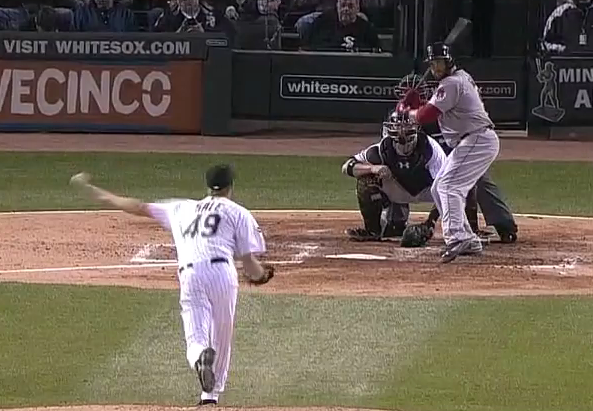 … and, of course, The West Side Story: 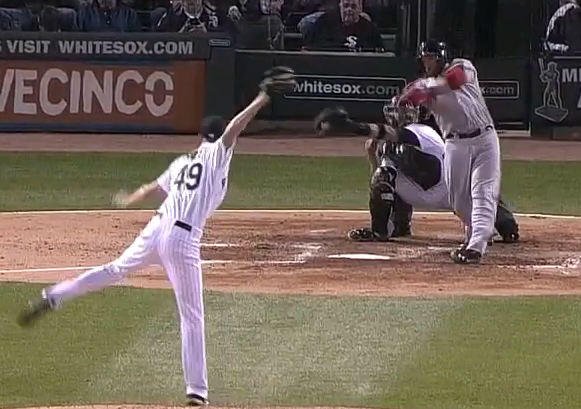 Which one of those is supposed to make him more susceptible to injury? No idea. But I'm pretty sure most of the "See?" ghouls don't know either. The people who know everything about mechanics are in a very, very select club. And you know what? They argue all the time, too.

This brings me to the second rebuttal to the "See?" people.

2. Randy Johnson pitched until he was 45

Nothing about Randy Johnson should have worked. He was freakishly tall, which often presents physical problems for non-athletes. He was a slinger and a slider-chucker, both of which are often pointed to as being calamities waiting to happen. He was wild in his 20s and threw hundreds and hundreds of pitches more than he probably should have.

He was a complete freak. Nothing about him made sense, and there were no other pitchers to compare him to. The only realistic comparison, Ryan Anderson, couldn't make it out of the minors because of arm problems. There will never be another Randy Johnson. He's too unusual. Yet not only did he succeed, but he succeeded for much, much longer than most pitchers.

Johnson was a clear anomaly, both in his physical stature and the arc of his career. The point of this isn't to suggest that Chris Sale is Randy Johnson, let's all go home. But that sometimes the anomalies work. Anomalous isn't automatically synonymous with fragile. The freaks can make it through the elimination rounds, too. The regulars can get swallowed up before the end of the opening credits.

There's probably someone who has a specific, learned theory about why Sale is less likely to hold up. This would be someone who knows their stuff about deliveries and biomechanics, and they can put together a cogent, informed hypothesis about Sale. This person might eventually be proven right. That person is smart. But I can't tell him or her apart from the rest of the "See?" ghouls. So until the day comes when Chris Sale is really beyond repair, I'll just revel in him being a pitching freak and leave it at that.

He's at risk? Well, of course. He's a pitcher. Anything more than that, and I'm tuning you out. I'm enjoying watching him too much to stop and listen. 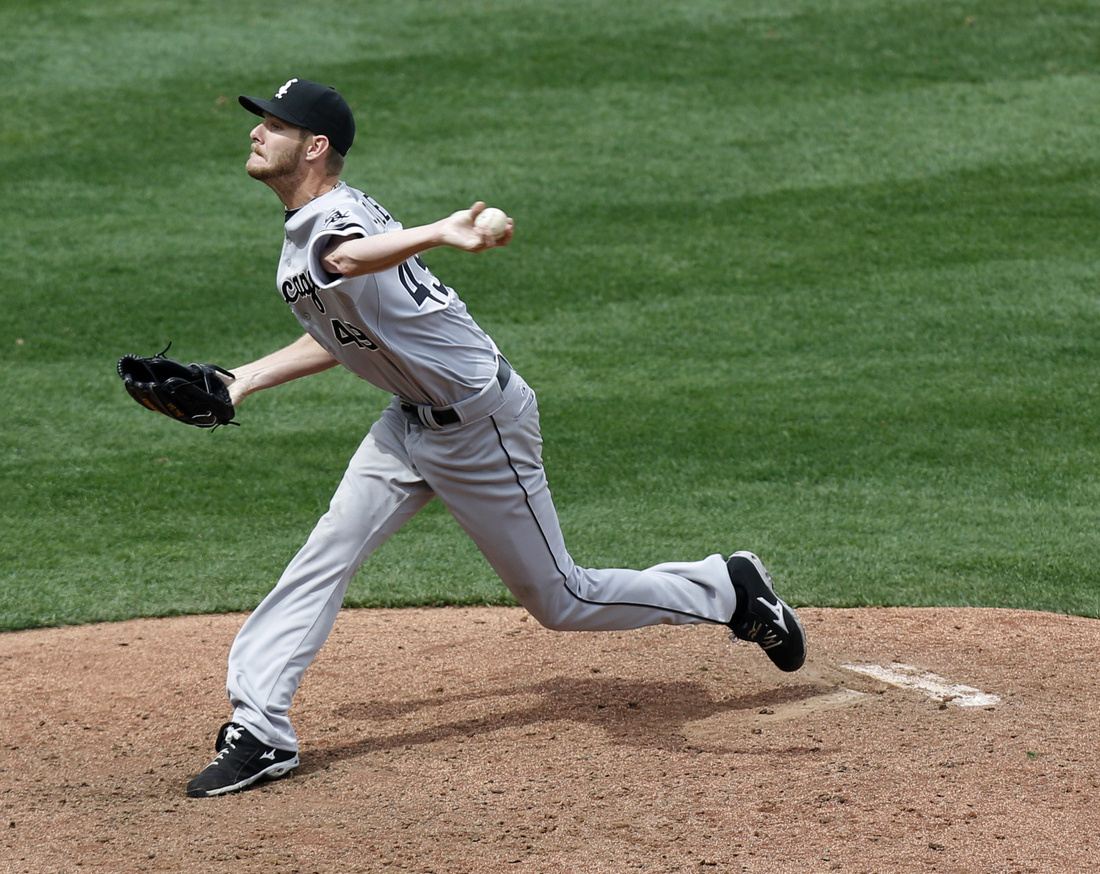