Vintage baseball photos and the lessons we can learn from them

Photo Day is a fun annual tradition. Here's how it could be better.

Share All sharing options for: Vintage baseball photos and the lessons we can learn from them

Did you know the New York Public Library has a vast, searchable repository of vintage photographs? When you enter "baseball" as a search term, there are over 1,000 results. This can ruin/make your day, depending on how busy you are at work. I encourage you to dig through those archives before reading this stupid article.

All of the pictures below are from this NYPL collection. The lesson you should take away from the old-timey baseball pictures: Photo Days were much, much cooler back then. Baseball has lost its way. So to help out, here are some forgotten rules of Photo Day that baseball needs to remember for next year.

Rule #5: Always have a Lincoln in the middle 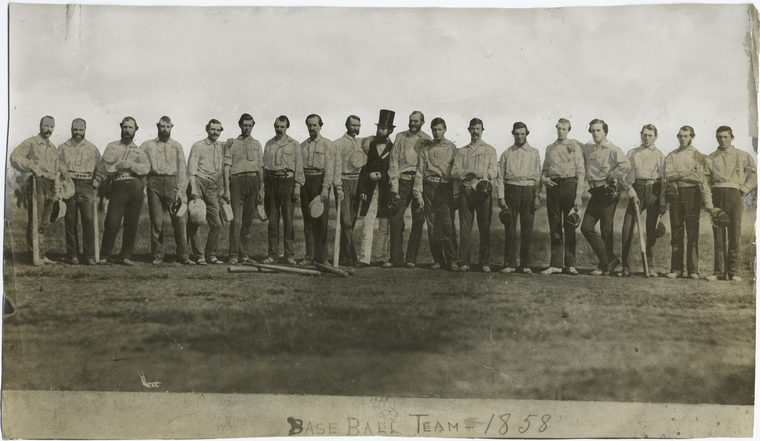 You can almost name the band each one is in. That guy on the left played drums in Superwolf with Will Oldham and Matt Sweeney. Second from left was in the original lineup of Plants and Animals before they signed with Secret City. Third from left was …

This is from 1858, which means it's automatically fascinating because it's from the very beginning of organized baseball, 100 years before Willie McCovey's debut and three years before the Civil War. If you think that guy in the middle is doing a Lincoln impersonation, remember that Abraham Lincoln was just a lawyer in '58. That's how normal people looked back then.

There should be a Lincoln-looking dude in the middle of every team photo. Every team photo should be beard mustache beard beard muttonchop LINCOLN beard beard, and then all the non-beards should be pushed to one side so we can ignore them at the same time. Teams could vote on the Lincoln and make it a tradition to honor the leader in the clubhouse. The Rangers are already covered. 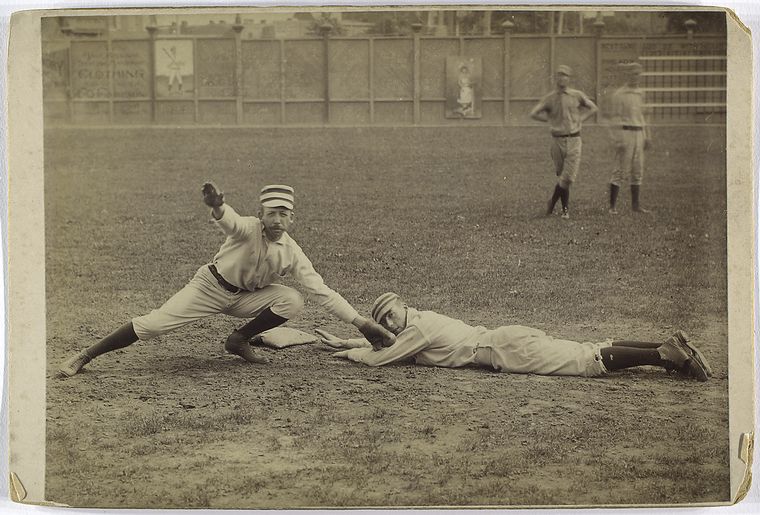 Baseball photography has come a long way, sure, and the fancy zillion-pixel cameras can capture action shots as they happen. But we've lost the innocence that comes with the photographer needing to stand still for five minutes. We're so spoiled with our iPads and such. There should be an app that makes people stand still for five minutes for every picture. An awful, unpopular app.

That shot features the dad from ALF, who's apparently .63 Altuves tall. They're pretending the runner is out -- the runner is always out in these pictures -- and there's a spectral apparition and a poster of a lady in the background. It's better than anything you'll find from the modern Photo Day. 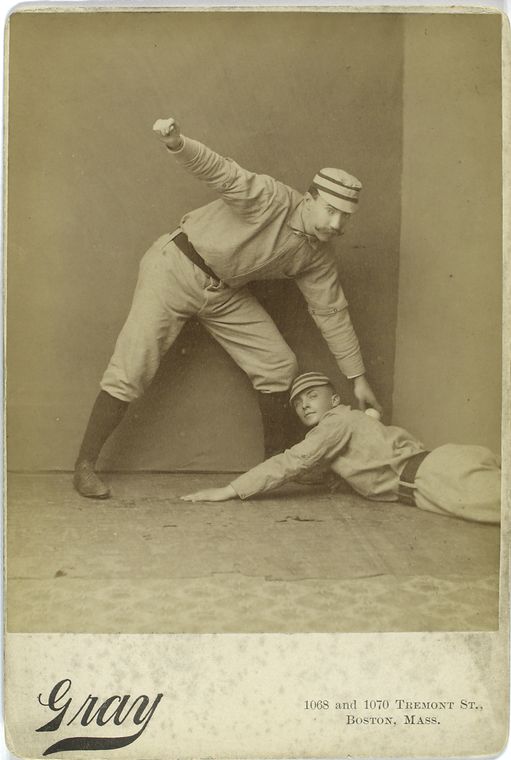 If you don't find that picture that amusing, think about them holding that pose for several minutes. The point is that baseball photos should be more like wedding pictures, where the bride is checking her watch and the groom is pretending to be late. Pose those action shots. 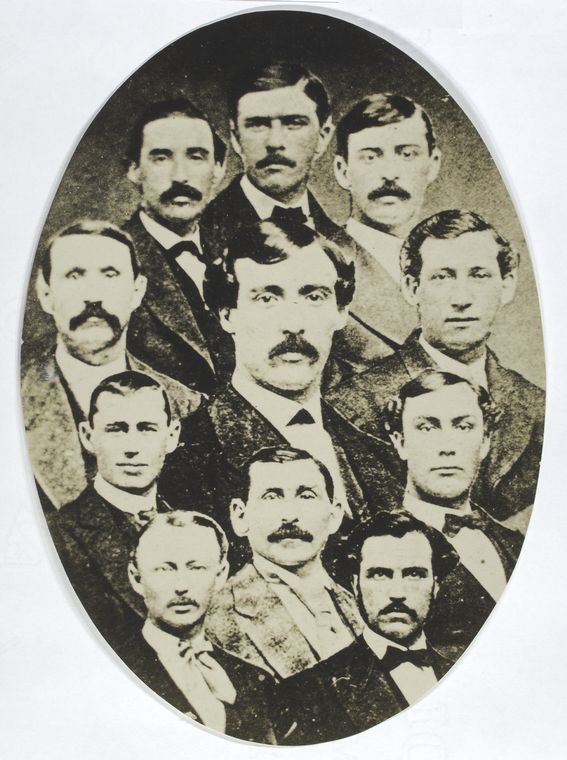 "The face of a baseball player can say it all, especially the mouth part of the face."

This style should probably come back. A mock-up: 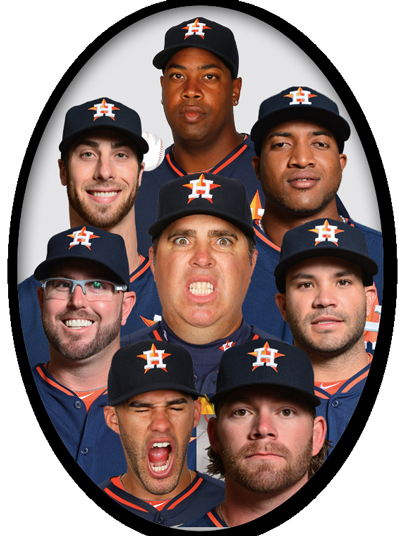 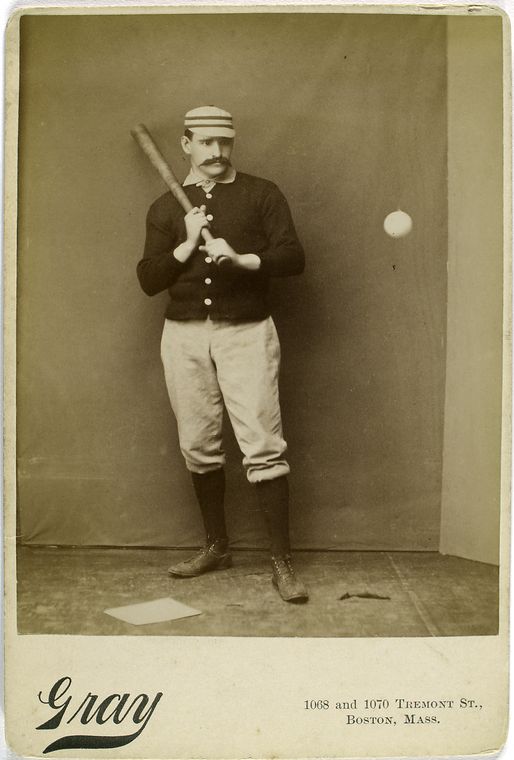 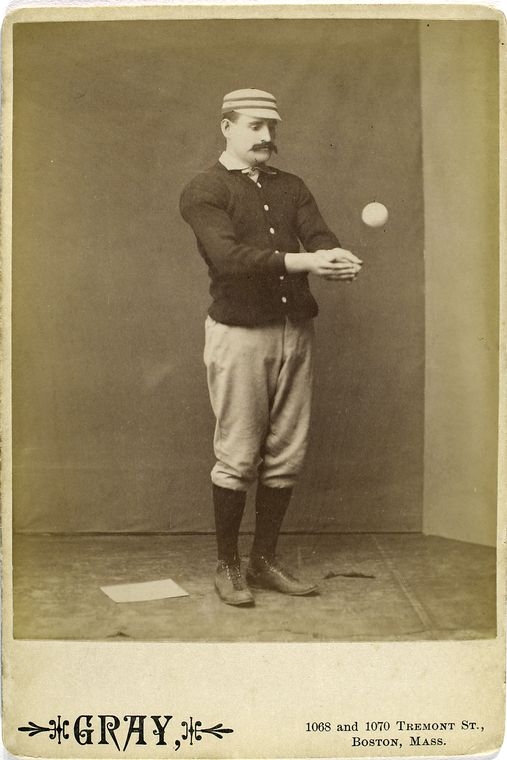 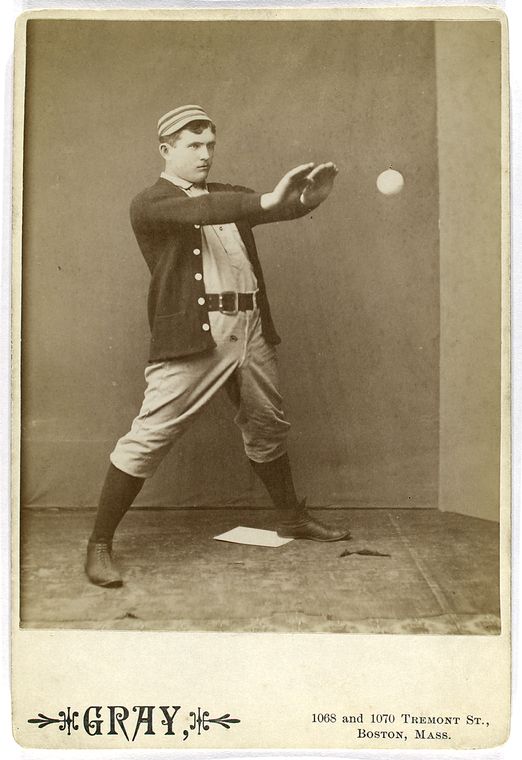 They're either contemplating how measurements collapse quantum wavefunctions, or they're sad because they forgot their gloves just like they knew they would, dang it.

The good news is the New York Times tried to bring this back. The bad news is it didn't take.

Rule #1: All mustaches are required to pass the Pete Rose test

It's a simple test. 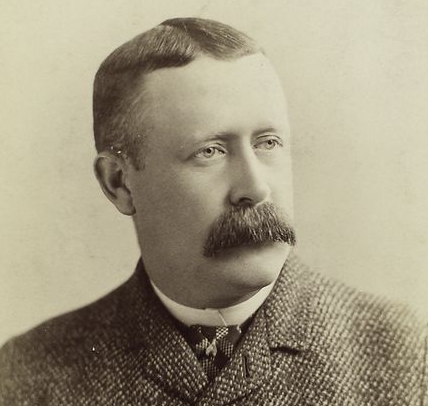 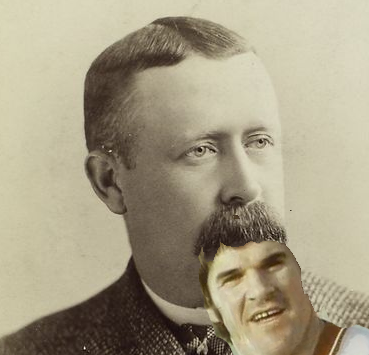 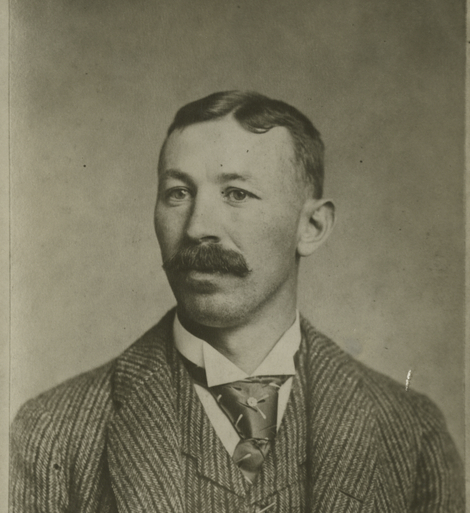 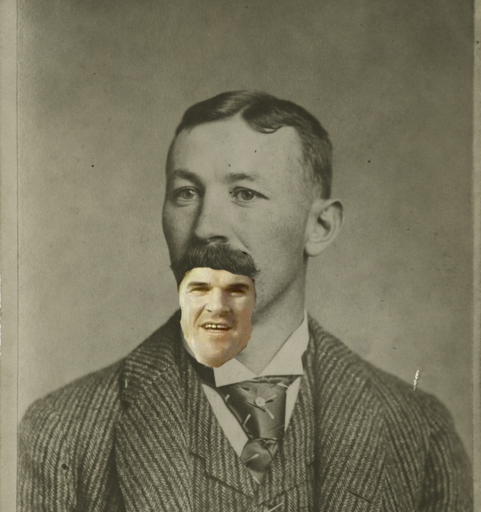 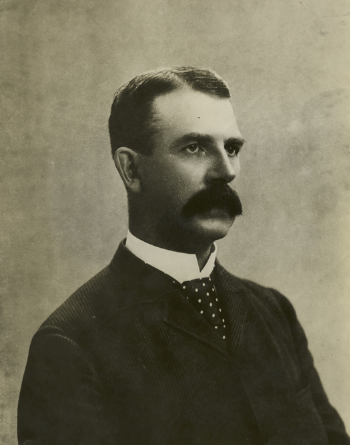 That's Hall of Famer Al Spalding, former player, executive and sporting goods tycoon. He wrote the first set of baseball's rules, and most of these pictures were donated to the NYPL as a part of the Spalding Collection. 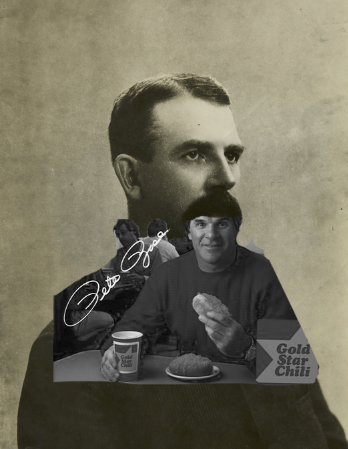 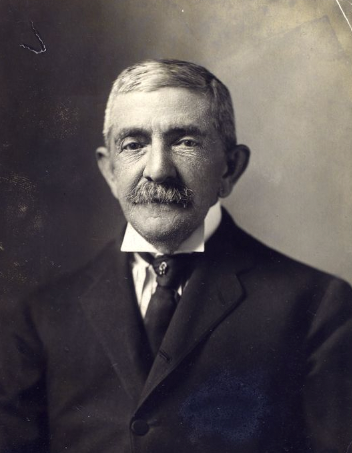 That's Nicholas Young, the former president of the National League. 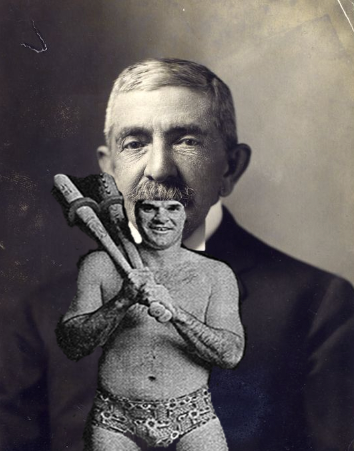 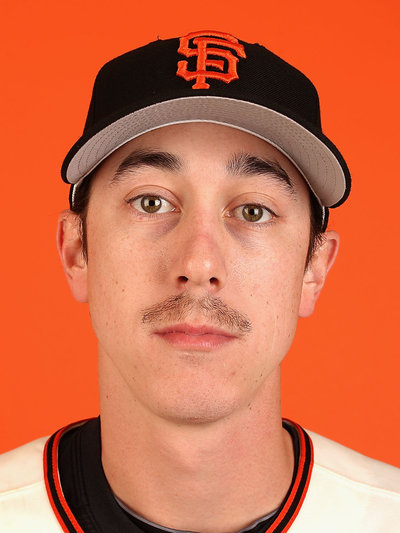 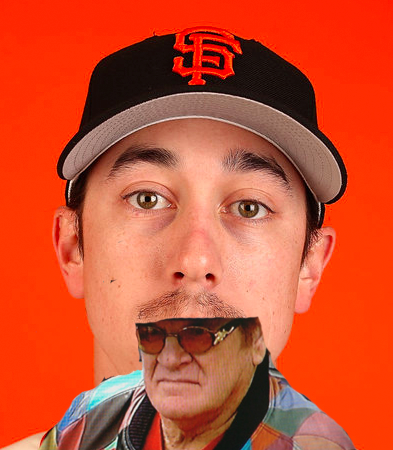 "Mr. Sabean, could you come down here? We have a bit of a situation."

(Mostly, though, I just wanted to photoshop Pete Rose's head into old-timey mustaches.)