What if Donald Sterling owned a baseball team?

A thought exercise combined with a history lesson, designed for people who need to put everything into a baseball-related context.

Share All sharing options for: What if Donald Sterling owned a baseball team?

Disclaimer: When a news meteor strikes other sports, my brain is absolutely wired to shoehorn the current events into a baseball perspective. You are free to turn your nose up at that sort of thing. I choose to indulge those initial urges because my brain is broken. Bear with me.

After the news broke about Donald Sterling's abhorrent comments, SB Nation's Tom Ziller took some time to remind everyone that Sterling was already the worst. Ziller came up with some concentric circles of awful to better explain how Sterling matched up with other owners. 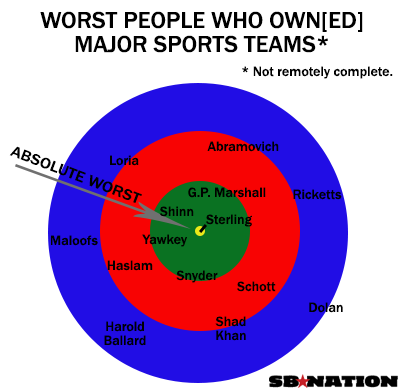 If you're a baseball dork like me, you aren't going to know too many of those names. But the ones you do stand out. Jeffrey Loria, for instance, is despised from Montreal to Miami, and he's basically a walking editorial cartoon from 1910. He's still not even close to Sterling. You can pick your favorite/least favorite Sterling anecdote, but I think my favorite/least favorite came from David Roth at The Classical:

He said that in court. Amazing.

There's nothing that can compare to that in baseball, not even remotely. But, like I indicated earlier, I'm forever desperate to put like this in a baseball context. It's time to ask questions, Vox-style, and see what might happen if Sterling were a baseball owner.

Has an baseball owner ever been forced to sell his or her team?

Several have been strongly encouraged to sell, but in the modern era only one has been banned outright from owning a club. Bill Cox bought the Phillies in 1943 and owned the team for just a few months before firing his new manager, the future Hall of Famer Bucky Harris, in the middle of the season. From this tremendous book (and note that Mother's Day is coming up):

Cox fired Harris after ninety-two games, claiming that he had called his players "a bunch of jerks." In fact, the players threatened to strike when informed of Harris’ termination. Said Harris, "If there is any jerk connected with this ball club, it’s the president of it." 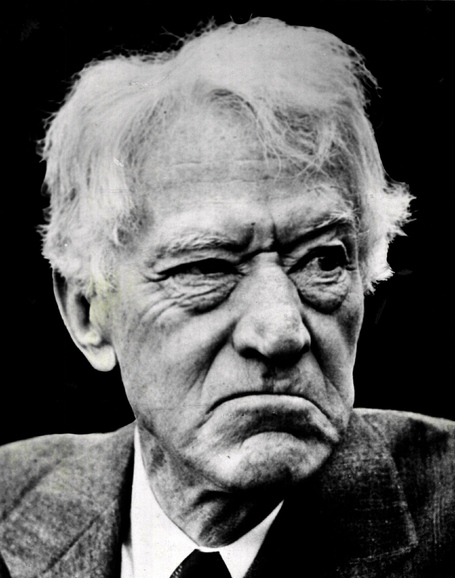 Surely, Jim Leyland never used such scandalous language with his own players. The problem with firing Harris is that he had friends who knew that Cox was fond of placing wagers on baseball games, including the Phillies, and that information was relayed to Commissioner Kenesaw Mountain Landis. Cox denied the charge, then later admitted it, calling them "sentimental bets." Good try! It was not successful, and Cox was banned  just eight months after he bought the team.

Other owners have been strongly advised to step away. In 1973, C. Arnholdt Smith was urged to sell the Padres after trading Dave Campbell and Fred Norman to meet payroll. The National League appreciated the creativity behind Judge Emil Fuchs's plans to move the Boston Braves to Fenway Park and lease Braves Field for dog racing, but decided it would be better if he sold the team instead. Just two years ago, the Dodgers became wards of the state after Frank McCourt ran into financial difficulties that eventually led to them filing for bankruptcy. And that was the last we ever heard of the Dodgers.

George Steinbrenner was banned from day-to-day operations for life after hiring a shady gambler to dig up dirt on Dave Winfield, but he wasn't forced to sell. And that lifetime ban a) didn't last a lifetime, and b) was technically an "agreement" and not a ban because Steinbrenner wanted to preserve his relationship with the Olympics. From Bill Madden's Steinbrenner: The Last Lion of Baseball:

"I can't have the word 'suspension' attached to any of this," he said to Vincent. "I'm concerned about my position [as vice president] with the Olympic Committee. I don't want to lose that too. Isn't there some alternative here, Fay?"

Vincent could not believe his luck. Why, yes, he said, there was an alternative.

As far as forced sales, though, Cox stands alone, like so much cheese.

Has an owner ever done anything remotely similar to Sterling?

Yes. Marge Schott was an amazingly unpleasant soul who kept Nazi paraphernalia in her desk and said things like Hitler was, "good at the beginning, but he just went too far." She used the N-word repeatedly, including in reference to Eric Davis and Dave Parker, her own players. Jim McLennan has a good roundup here of her worst transgressions. You can make a top-10 list of on-the-record comments and keep absolutely repugnant contenders off the list; the off-the-record stuff was reportedly much, much worse.

Schott was banned from day-to-day operations for the 1993 season, and after the charming Hitler comment in 1996, she lost daily control of the team again, never regaining it. She sold her controlling shares in the Reds (keeping one!) in 1997 under pressure, but she was never ordered to do so by Major League Baseball. 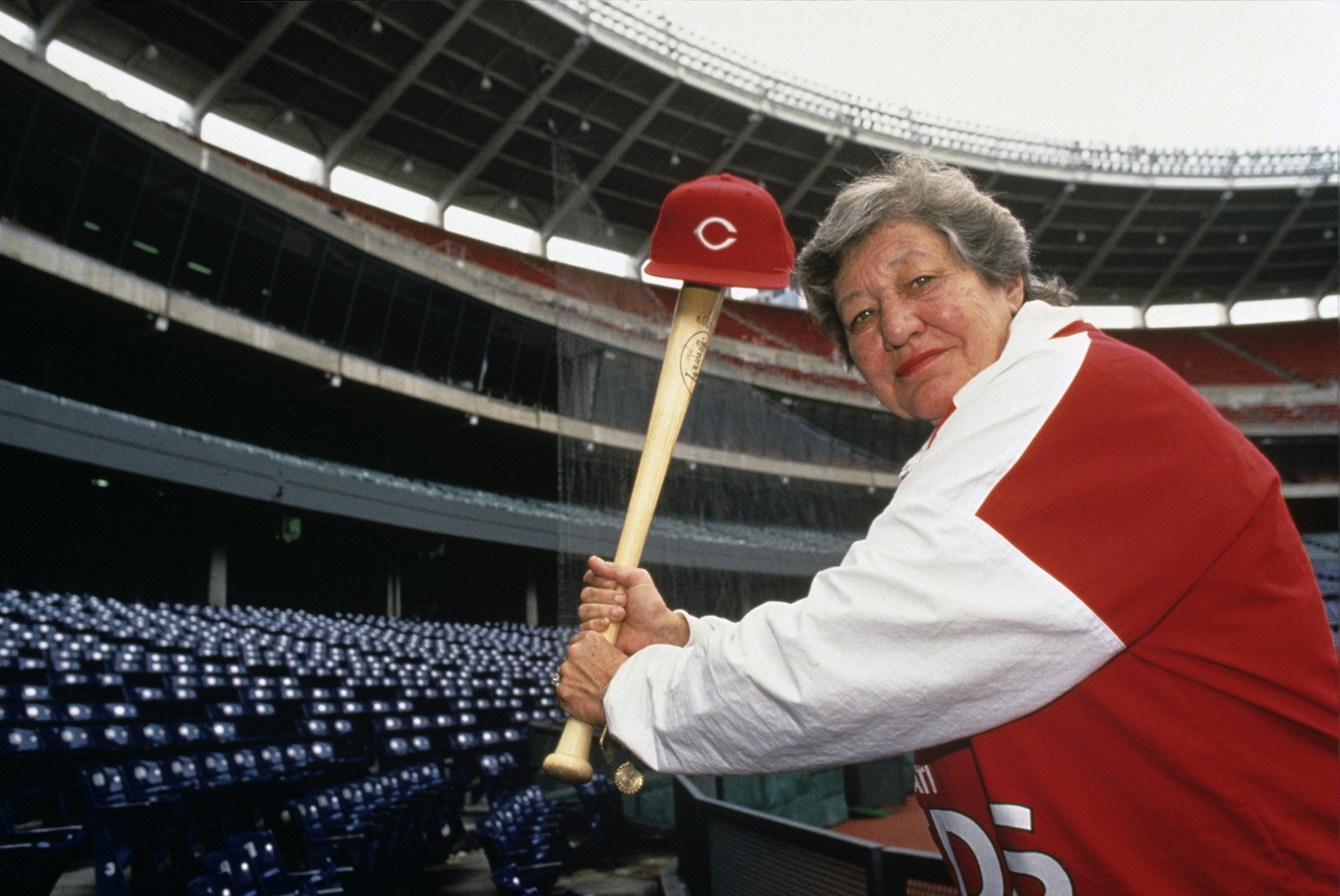 In 1978, then-Twins owner Calvin Griffith did almost exactly what Sterling did, except in public at a Lions Club luncheon. Commissioner Bowie Kuhn expressed, "the embarrassment of baseball," but took no further action. In his autobiography, he rhapsodized, "I love a game that gives you Calvin Griffith, who may well combine courage, honesty and love of the game in richer measure than anyone I have known."

So if Schott wasn't banned for life, that would be the precedent for a Sterling-like situation in the future, right?

No way. I'd guess the Sterling punishment is more instructive than the Schott situation. It would take a team of social scientists to explain why, so the best I can offer are ham-fisted guesses. When Schott's comments came out it was a big deal. You would have heard about it on the six o'clock news and the 11 o'clock news. It was going to be on the front page of the sports section for both the morning and evening editions. But it was possible to avoid the story. The Internet still had shaky newborn fawn legs, so most of the country was getting their hot Schott takes for five minutes a day, if they were getting it at all.

Now consider the Sterling story. The comments sparked immediate reactions from hundreds of different pundits, and those reactions were wrote about and twote and shared within minutes, and then there were reactions to the reactions to the reactions. That dude who threw a pudding cup at your car in high school decided you needed to know his thoughts about the situation, so he and dozens of others talked about it on Facebook. You know because you checked your newsfeed while waiting for tacos. The 24-hour news cycle was thrilled to have fresh chum, and all of the talking heads had hot takes, except for the talking heads who had even hotter takes. 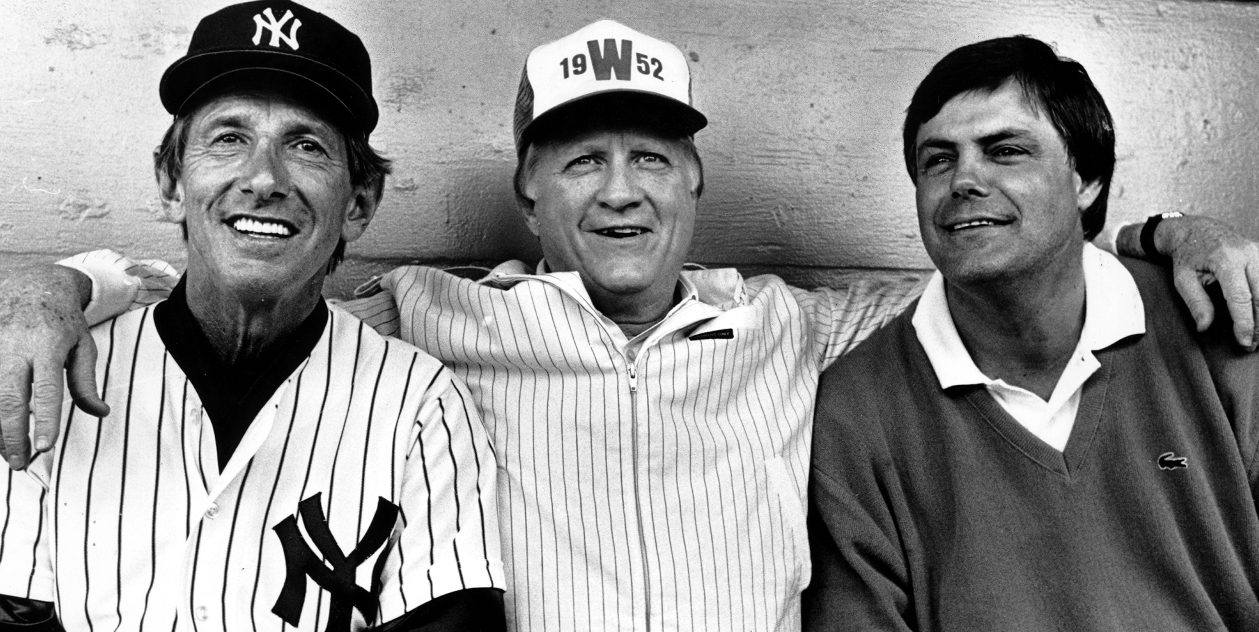 Billy Martin, George Steinbrenner, and Lou Piniella. For Steinbrenner, it was all about capturing the back pages of the New York tabloids, but today the Internet is the name of the game. (Getty Images)

There's no way the NBA would get away with a Schott-like punishment -- loss of day-to-day control for a year -- today. There's no way they would want to. When Schott made her comments, the news sneezed in the same room as you. When Sterling's were made public, the news was a shot at you from the Spadowski firehose. Hideous comments like Sterling's get too much attention to ignore now. This news-cycle dynamic is obnoxious when it's propping up a non-story, but it's almost refreshing with the Sterling story. It reminded everyone that people this awful still walk among us -- and there were Internet comment sections waiting for you if you still weren't sure -- and it got Sterling out of the league. Win/win.

Baseball would absolutely try to do the same thing if Schott happened today.

Could baseball force an owner to sell because of racist comments?

Maybe? Probably? It's more ambiguous than the NBA constitution in this regard, at least. The punishments listed in the MLB constitution for an owner's misconduct:

The last one is what would likely be invoked. The owners are prohibited from suing baseball, so it wouldn't get as messy as you might think (unless, A-Rod style, they were to allege that the Commissioner went so far beyond what he was entitled to do under the rules that the non-recourse to the courts part of their agreement no longer counted). The MLB constitution also contradicts itself in that it says that the Commissioner does not have the power to do anything that requires a three-fourths vote of the owners, such as removing an owner, and yet there is "or removal" there in the document. The NBA can force an owner to sell if three-fourths of the owners vote that they should. Baseball has a similar process, and yet it doesn't seem to be that cut and dried, so it would probably be the "such other actions" hammer that came down.

Wait for someone to own a baseball team with a soul as corroded and festering as Sterling's. You'll be waiting a long, long time. Even in the bizarre and incomprehensible world of the hyper-rich, Sterling stands out. It takes ... talent ... to make Jeffrey Loria look like Benjamin Franklin. Good work, Donald Sterling. Awful work, Donald Sterling. Now go be poisonous somewhere else.

Many thanks to Steven Goldman, who (obviously) helped with the research.