The Yankees are completely screwed

Looking to indulge in Yankees-related schadenfreude? Well, you're in luck ...

Share All sharing options for: The Yankees are completely screwed

It's April. There have been two games so far, possibly three or four by the time you read this. Nothing means anything yet.

But you're an optimistic person. And you're a Yankees hater. You're thrilled with how they lost the first two games, and you're rolling around in the signs of doom. You need someone to feed your insatiable need to watch Yankees fail and tell you things to make you happy.

I can do that.

Here are reasons to think the first few games mean something, which means the Yankees are going to fall and fall hard this season:

Derek Jeter is the worst shortstop in baseball

This isn't a truism yet, but give it a couple months. He had the range of a cactus before his ankle injury, and now he has the range of a cactus with a bad cactus ankle. Forget about the defense, though. It's the offense that's going to disappear before your eyes. Check out this scout's take:

Could a slow start result in early retirement?

Twenty-five years ago, future Hall of Famer Mike Schmidt pulled the plug on his career after a slow start. Could Derek Jeter go the same way?

Could a slow start result in early retirement?

"He looks old and frail," one AL scout said. "He looks like he lost 10 to 15 pounds rehabbing his ankle and the biggest difference is in his strength. He always had the strength to muscle that pitch on the inner half to right field for a base hit. (I) don't see it anymore."

That's the same thing our own Steven Goldman saw all spring, as Jeter grounded into double plays at what would be a historic pace in the regular season.

And there's no way the Yankees are going to bench him. He's the kid in the Twilight Zone episode "It's a Good Life" with the god powers. Everyone's going to tell him nice things. Eventually someone's turning into a jack-in-the-box. Which would still have more range than Jeter.

Velocity isn't everything. But some pitchers can live in the high 80s . Some can't. Matt Cain doesn't throw nearly as hard as he did when he was in his early 20s. Doesn't matter, he's Matt Cain. You could ride a sled down Felix Hernandez's velocity graph. He's still incredible.

We're going into the second year of diminished-velocity Sabathia, though, and the results aren't good, so far. He can still fool enough hitters to get his strikeouts, but there will be more hard-hit balls, more balls over the fence. It's not like he's going to evolve Tewksbury-like command to make up for it, magically. Even if he does adjust to the adjustment to his physical adjustment, it's not happening this year. He's Chris Capuano now.

After that, there's Hiroki Kuroda (old), Michael Pineda (physically unreliable), and Masahiro Tanaka (unproven). Ivan Nova is alright, but out of the four non-Sabathias, I'll pick two to be good, one to be middling, and one to perform poorly. Considering that pitching needs to be the strength of the '14 Yankees, expensive free-agent hitters be damned, the Yankees need Sabathia to be good.

Mark Teixeira is 33 and coming off wrist surgery. He was awful in limited time last year.

Alfonso Soriano is going to swing at the period at the end of this sentence, and he's 38. His reflexes are on borrowed time.

Carlos Beltran is the same age as Orlando Hudson and Andruw Jones.

Brian Roberts is the same age as Carlos Beltran.

Brian McCann is 30, which is basically 35 in catcher years. 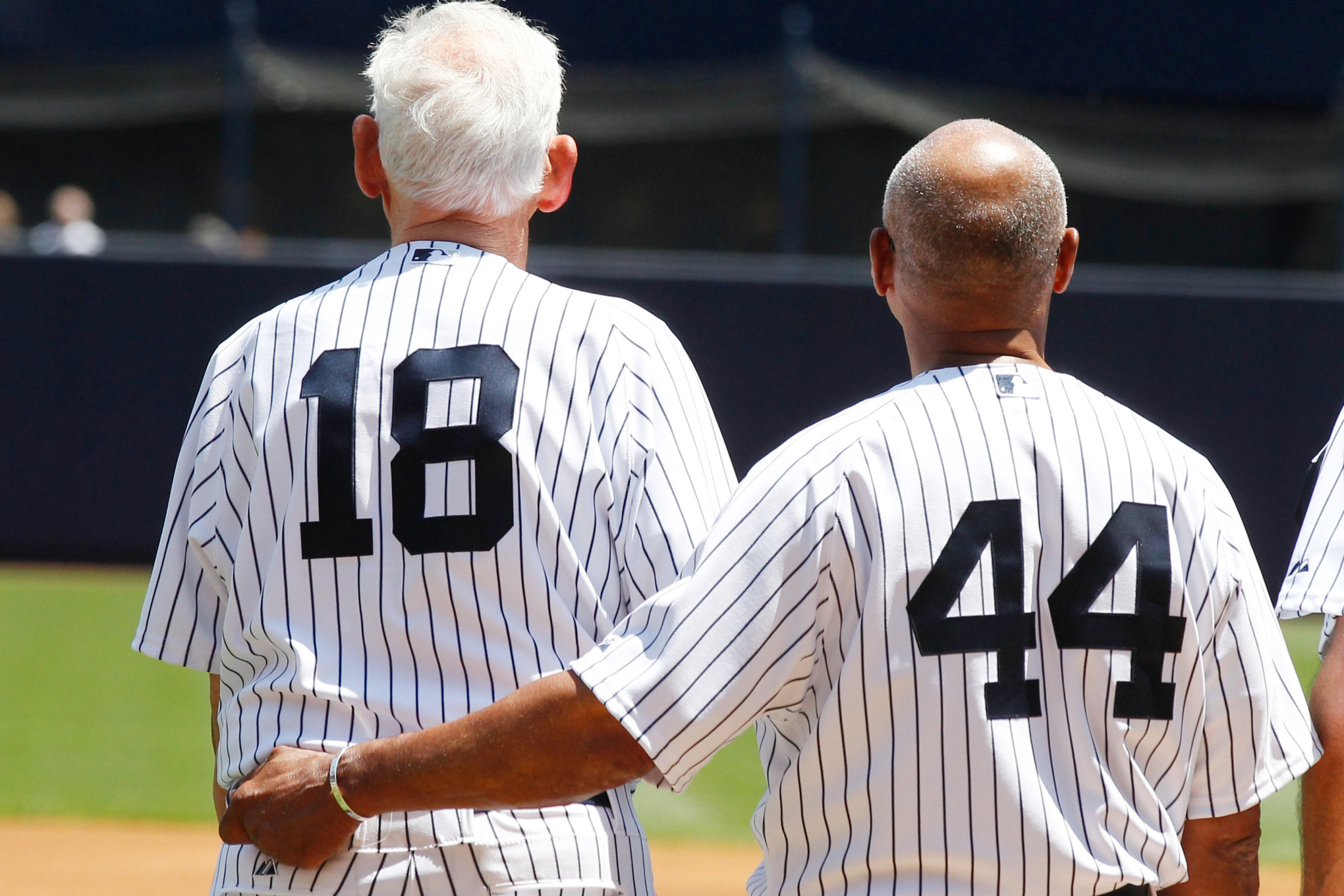 New York has some exciting prospects in the system/photo: USA TODAY Sports

Do you know when the last time a team had every starter over 30? The '82 Angels who ... won their division?

Look ... I can't do this. I can't pretend the Yankees are screwed. They always pull something out. Last year was an anomaly. Brian Roberts is going to hit 20 homers, Pineda is going to throw 200 innings of Cy Young-quality ball. Beltran won't decline until the last year of his contract, when he's replaced by a non-prospect who somehow turns into a quality major leaguer.

Will be totally fine

Worried by the slow start for the Bronx Bombers, Yankees fans? Don't be. Here's why.

Will be totally fine

The Yankees will never die.

You have two choices. You can creep up on them with a wooden stake and garlic breath, knowing full well that they're going to chew your eyes out before you get a chance, or you can leave now and follow another sport. World Cup's coming soon. That sounds exciting.

But continuing to follow baseball will result in disappointment. Because while you were laughing at the Yankees, they were busy melting souls into a ceremonial paste. They'll use it to return to the playoffs, and there isn't a damned thing you can do about it.

The Yankees will never die. You will never get a proper chance to laugh at them, even when they're old, desperate, and devoid of prospects.

The Yankees will never die. And they'll crush your spirit, forever and always.