What the 2014 MLB season has already taught us

We've only had a week of baseball, but that's plenty to draw conclusions from.

Share All sharing options for: What the 2014 MLB season has already taught us

We're only one week into the season for most teams, and that's too early to draw conclusions. Probably. See, I'm feeling a little reckless*, and even though there's nowhere near enough information to go on to draw any kind of safe conclusions about the 2014 baseball season, that's precisely what we're going to do: Let's see what there is to be gleaned from the first week of games, and at year's end, we'll see if any of it held up.

The Mariners are the AL West's best

The Mariners improved significantly this off-season by adding free agent Robinson Cano as well as a couple of hitters with upside in Logan Morrison and Corey Hart. They already had some talented kids in Kyle Seager, Brad Miller, Mike Zunino, and more, and the rotation was anchored by Felix Hernandez, and, once they were back and healthy, Hisashi Iwakuma (third in 2013's AL Cy Young) and top prospect Taijuan Walker. The problem was that they were still relying on a little luck in player development or health in order to truly compete with the likes of the Rangers and Athletics, and possibly the Angels, too. That's a lot to ask for, but sometimes, baseball lends a hand.

The Rangers are dealing with a significant amount of injuries, and the A's are already stretched a little thin on the rotation front from the get-go. The Mariners are 4-2 to begin the year even though two of their top pitchers are missing, and while that doesn't tell us all that much, it's one successful turn and change through a rotation that needed it for that very reason. When Seager, Hart, and Michael Saunders start to hit, and both of Iwakuma and Walker return, the Mariners might very well be the AL West's top club.

Josh Hamilton is back!

Josh Hamilton's 2012 turned miserable halfway through, and 2013 was a season to forget. With increasing strikeout totals and all of his other numbers headed in the wrong direction as well, the 33-year-old Hamilton looked like an albatross in the making for the Angels.

He's off to a hot start this year, though, batting .500/.560/.864 with a pair of homers in his first six games. Most importantly, he's struck out just six times against three walks, so maybe he's finally figured out how to stop his hacking, impatient ways of the last two years. Hamilton doesn't have to bounce all the way back to help the Angels, and he's unlikely to quit swinging and missing so much at this point, but if he can mix in some walks and make better decisions about what he wants to make contact with, then both sides will be happy with the results. 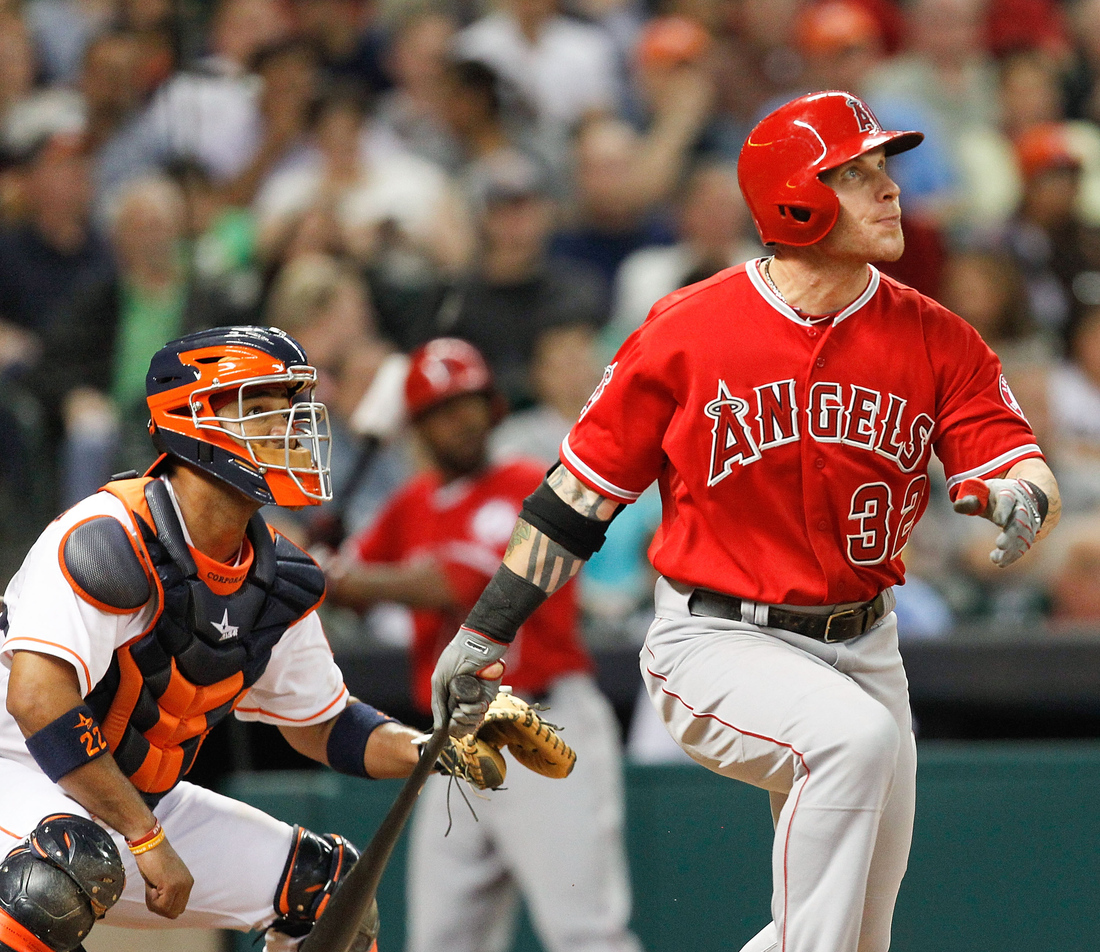 The D'backs have slipped to a 2-7 record to begin 2014, and have done so in a division with a clear, dominant force in the Dodgers as well as plenty of mid-range competition from the Giants and Padres. It's not a division a team with problems like Arizona's can afford to slip into the back of for very long, and the rest of the expected NL Wild Card class won't make things any easier on that end, either.

The Diamondbacks are without their best pitcher, Patrick Corbin, thanks to Tommy John surgery. They need rebound campaigns from Brandon McCarthy and Trevor Cahill if they have any chance of matching the rotations of their competition. Bronson Arroyo is 37, and while he's generally healthy, his performances can be inconsistent. They've already used up most of the leash allotted to them in 2014, and if anything else goes awry, it's going to be a long summer in Phoenix.

Mark Teixeira and the injury-prone Yankees

With their starting first baseman out already, injury concerns for the aging and expensive Yankees are likely mounting. Whether or not they should be is a different issue altogether.

Mark Teixeira and the injury-prone Yankees

At least the Sabathia they signed, anyway. CC's 2013 was troubling, as it featured velocity loss and a season that, despite eclipsing 200 innings, was essentially a zero for the Yankees as he pitched near replacement level. As he was one of the game's greats prior to that uncharacteristic campaign, though, it was easy to show some restraint before sticking the proverbial fork in him. After a pair of starts this year, we might want to dig up that utensil, as Sabathia is suddenly throwing below 90 miles per hour with both his fastball and his sinker, and has been hit hard whenever he fails to miss his opponents' bats.

This isn't the same as saying Sabathia is never going to be productive again. The workhorse ace of his younger days, however, is probably gone, never to return, and CC will have to adjust to sub-90 life to make it work.

Big-time prospects breaking out is far too easy for our ill-advised conclusion drawing. Instead, let's go with Eovaldi, who was a back-end top-100 prospects during his best days in the Dodgers' and Marlins' minor-league systems. He's going to be great this season, though, as he already has been through his first couple of starts, in which he struck out 14 batters in 13 innings while allowing a single walk. You can likely thank Jarrod Saltalmacchia for that, as the Marlins' new backstop took his affinity for sliders to Miami with him and introduced it to Eovaldi, as he did with John Lackey a year ago on the Red Sox. Eovaldi was already in line to be a solid big-league pitcher, but if he's discovered a new weapon at this late stage, his ceiling just shot up.

Trumbo already has five homers, and hit 66 combined between 2012 and 2013. He did this despite playing his home games in one of the game's more pitcher-friendly parks for the Los Angeles Angels, in a division that also caused him to spend significant time in the similarly anti-hitter Safeco. It's not out of the question that he'll be the eighth player in the last 10 years and just the third in the last five to cross the 50-homer threshold thanks to his new, homer-happy abode in Arizona, as well as complementary appearances in the high altitude of Coors Field.

The Royals will not hit any dingers in 2014