Austin Hedges could be the next catcher-defense hero

As the importance of pitch-framing and overall backstop defense become better understood, the Padres' Austin Hedges may be the next catcher to be perceived as having great value regardless of what he does offensively.

Share All sharing options for: Austin Hedges could be the next catcher-defense hero

Every single general manager dreams of snagging the next Mike Trout. It's the way of the business.

Maybe they don't hope specifically for a five-tool center fielder who starts his career at a Hall of Fame pace, but they all hope to gather young players with superstar ability. They all want, desperately, to produce young players who are not only far, far above replacement level, but who also remain low-cost and under team control.

With Mr. Trout now much, much richer than he used to be -- having signed a six-year, $150 million contract extension -- it's tough to quickly identify the best value in baseball. It may still be Trout, who has been worth between 17 and 20 wins above replacement (WAR), a metric that compiles all of a player's contributions into a single number, over the past two seasons.

In fact, with apologies to Jose Fernandez and Bryce Harper, it's possible that no young player in baseball provides the same kind of return on investment that Trout did over the past two seasons. It's possible that no player will provide that kind of return on investment ever again. But it's fun to project, and I think there's someone waiting in the wings who might get close. Someone who may not be Mike Trout, but might be the best value in baseball -- by a wide margin -- starting in a year or two. 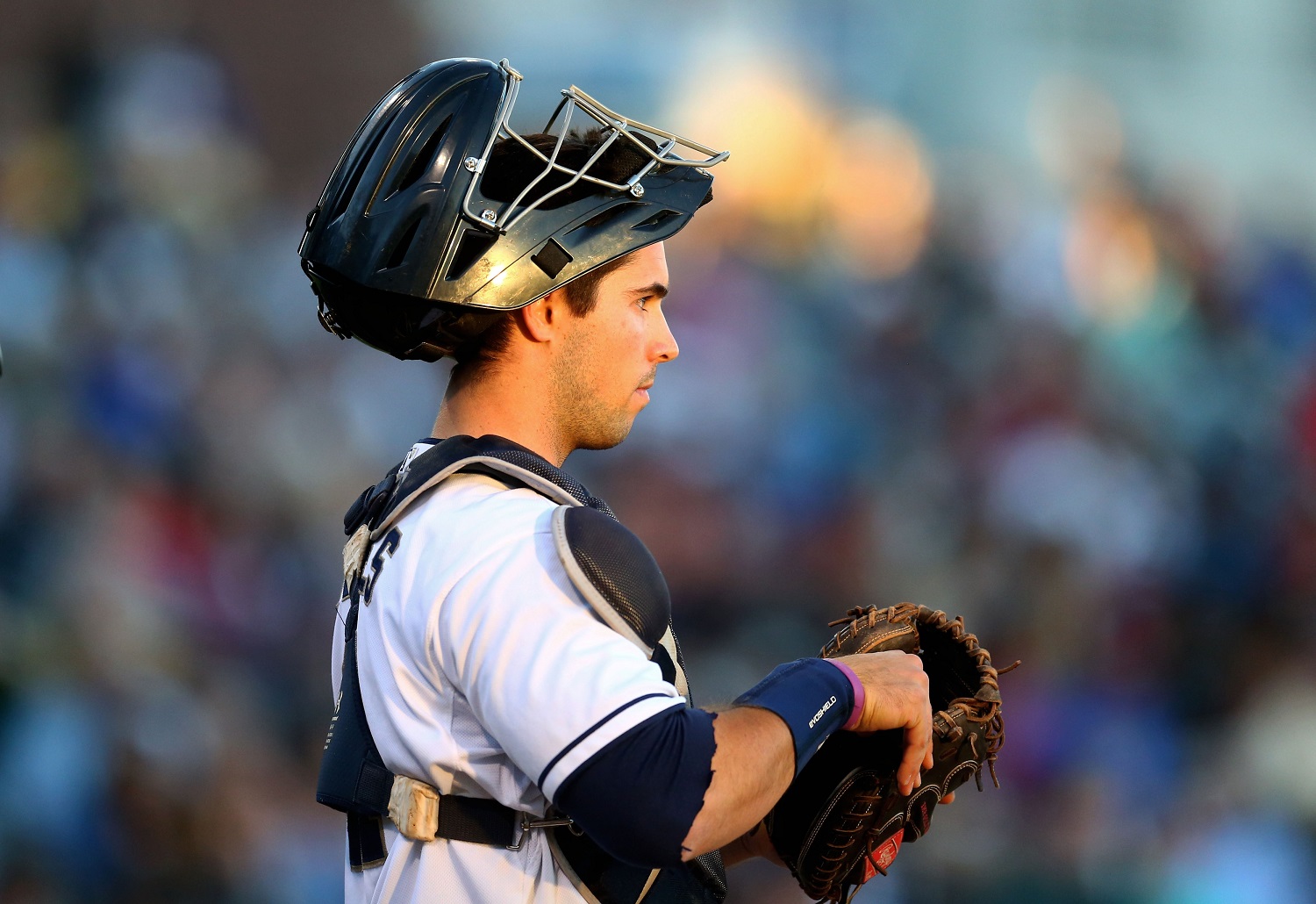 Austin Hedges, a young catcher in the San Diego Padres system, has an offensive profile doesn't remind anyone of Mike Trout. Right now, terms used to describe his hitting ability are "an open question" or "good enough". Prospect evaluator Marc Hulet of FanGraphs said the following about Hedges' stick:

He'll probably never set the world on fire with his bat ...

That's hardly high praise. And most talent evaluators agree -- Hedges has good, but not great bat-to-ball ability and some gap power, the type of skills that could develop and translate into solid major-league performance. They also could fail to develop, and leave him with a below-average big league bat. Austin only managed four homers in 2013 -- and that was in the offense-friendly California League. He was about a league-average hitter last season, which isn't exactly thrilling when the league is High-A.

When he reaches the big leagues, he could be a good hitter, a bad hitter, or anything in between. That's not why he's special. He's special because nobody doubts that he will reach the big leagues -- because of everything else that he does.

At the age of 21, Hedges is already one of the best defensive catchers in professional baseball. Here's another quote from Hulet on Hedges:

Arguably the best all-around defensive catcher in the minors, there isn’t really anything Hedges doesn’t do well behind the plate. He’s the type of backstop that brings out the best in his pitchers and he controls the running game with aplomb.

And here's praise from Jason Parks of Baseball Prospectus:

Hedges is the best all-around defensive catcher I’ve had the privilege of scouting at the minor-league level, with a strong, accurate arm, quick and coordinated actions, and the in-game management qualities of a seasoned major-league veteran.

A couple of words seem to crop up in every piece written about Hedges, from scouts and prospect wonks alike. Those words are usually best, defensive and catcher. And more than any other position in baseball, defense matters when you're a catcher. 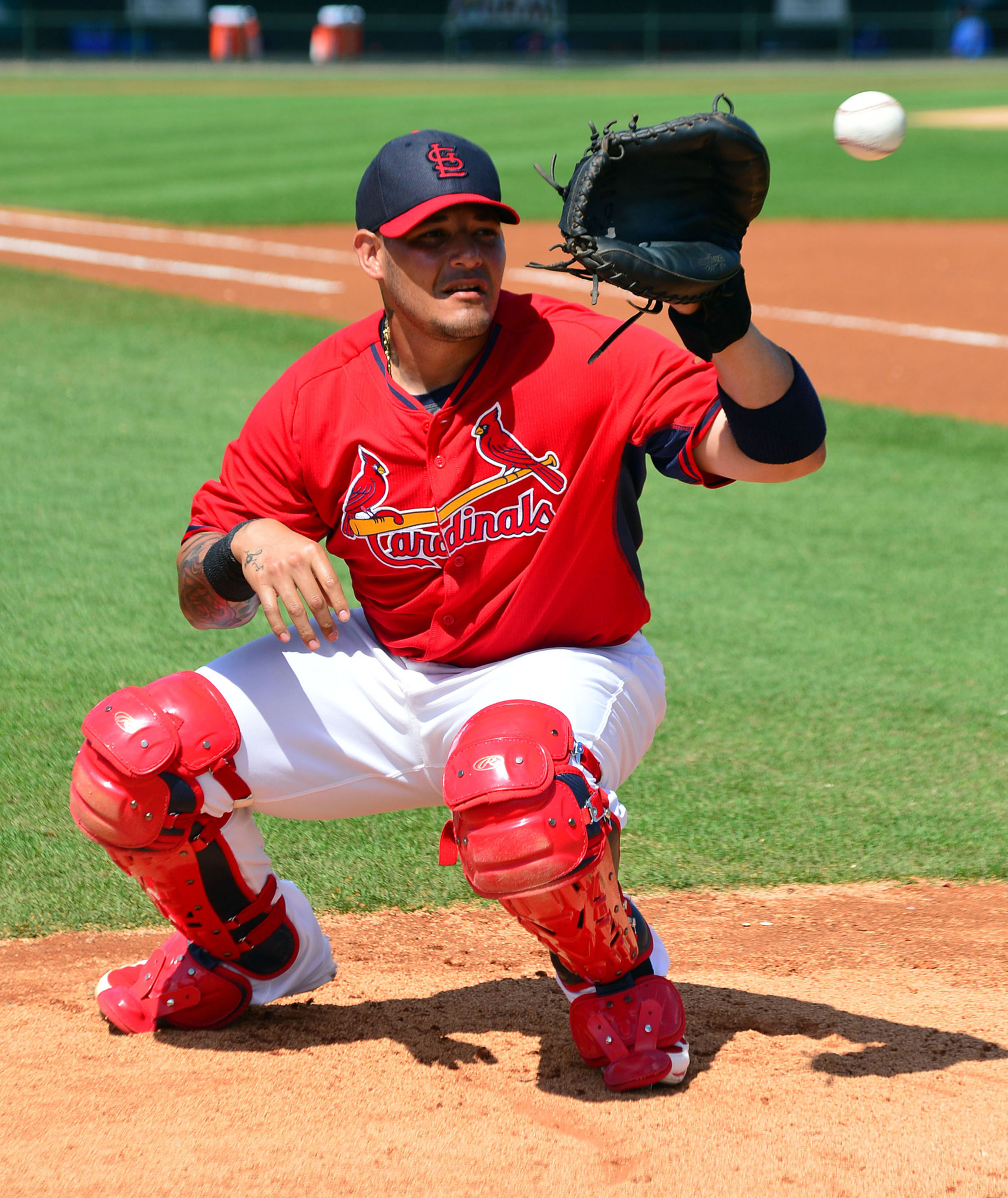 Austin Hedges is (again) only 21 years old, and he's already drawing praise as one of the best defensive catchers in the minors and -- perhaps -- all of professional baseball. And if he's really as exceptional as advertised, maybe he could reach Trout-ian levels of value. Because now, more than ever, we're finding out that excellent catching ability is an incredibly valuable skill.

Baseball people -- scouts, managers, old-school front office types -- have always valued a catcher's defensive prowess. Elite defensive catchers tend to find a home on major league rosters, sometimes in spite of offensive deficiencies. For example, for years Jeff Mathis held a job for the Angels, despite being one of the worst hitters in the bigs. Over his career -- one that is still going -- Mathis has been about 50 percent worse than league average as a hitter.

For years, actually quantifying a catcher like Mathis's overall defensive ability has been a challenge. Sure, there have always been metrics in place to judge a catcher's ability to throw out or hold baserunners -- though we're learning more about how the pitcher has a great role in this process. But despite the best efforts of analysts and sabermetricians everywhere, there are still sizable gaps in our ability to assign exact value to a catcher's ability to call a game or "handle a pitching staff."

What we are getting better at these days, is figuring out how good a catcher is as a receiver. This includes not only how they block pitches in the dirt, but a technique called "pitch framing." Framing is a hot topic in baseball right now -- at least as hot as new analytics concepts can get -- thanks to research by analysts like Mike Fast (now a Houston Astros baseball operations employee) and Max Marchi of Baseball Prospectus. If you want to learn more about framing in depth, take a look at this seminal article by Ben Lindbergh, but the crux of framing is that catchers have the ability to make balls on the borderline of the strike zone look more like a ball or a strike.

The U. S. through presidential first pitches

Did instant replay kill the art of the ejection?

The U. S. through presidential first pitches Did instant replay kill the art of the ejection?

In practical terms, this means that over the span of a whole year, a great framing catcher has the ability to -- rather secretly -- make his team's starting pitchers look a lot better than they might normally look. And this can be to the tune of up to two-to-four wins in a season. And this is before taking anything else the catcher does into account: hitting, blocking pitches, throwing out runners, calling a game or managing the pitching staff.

Austin Hedges already has a reputation as a good pitch framer, though without minor league PITCHf/x data, it's hard to tell exactly how good he is. He's also young, and framing can be a skill that improves with time. Suffice to say that if Hedges can prove himself to be a good or great pitch framer in the big leagues, then he already has a huge head start over any other player in terms of providing overall value to his team.

Beyond framing, Hedges draws comparisons to the greats in terms of arm strength, accuracy, and ability to block pitches in the dirt. He might not be Yadier Molina, at least not yet, but it's not crazy to think that the day he reaches the majors, he could be one of the few backstops in the bigs who is in Molina's class. And that makes him worth probably another win or two on defense.

In a best-case scenario, Hedges might already be worth five wins on defense before even picking up a bat, and that's also before we take into account any other effect he might have on the pitching staff. And five wins is a LOT. A five-win position player is usually one of the thirty best players in the game at any time.

But even that doesn't put Hedges on Mike Trout's level. To get to that level of raw wins, Hedges also needs to hit. If -- and this is a big if -- he's able to hit at about a league-average level while playing catcher, that's worth about two more wins. Now he's in that seven-win stratosphere, the place where you find MVPs and MVP candidates. Chris Davis had about a 7-win season last year. So did Evan Longoria. That's pretty great company.

It's still not Mike Trout. 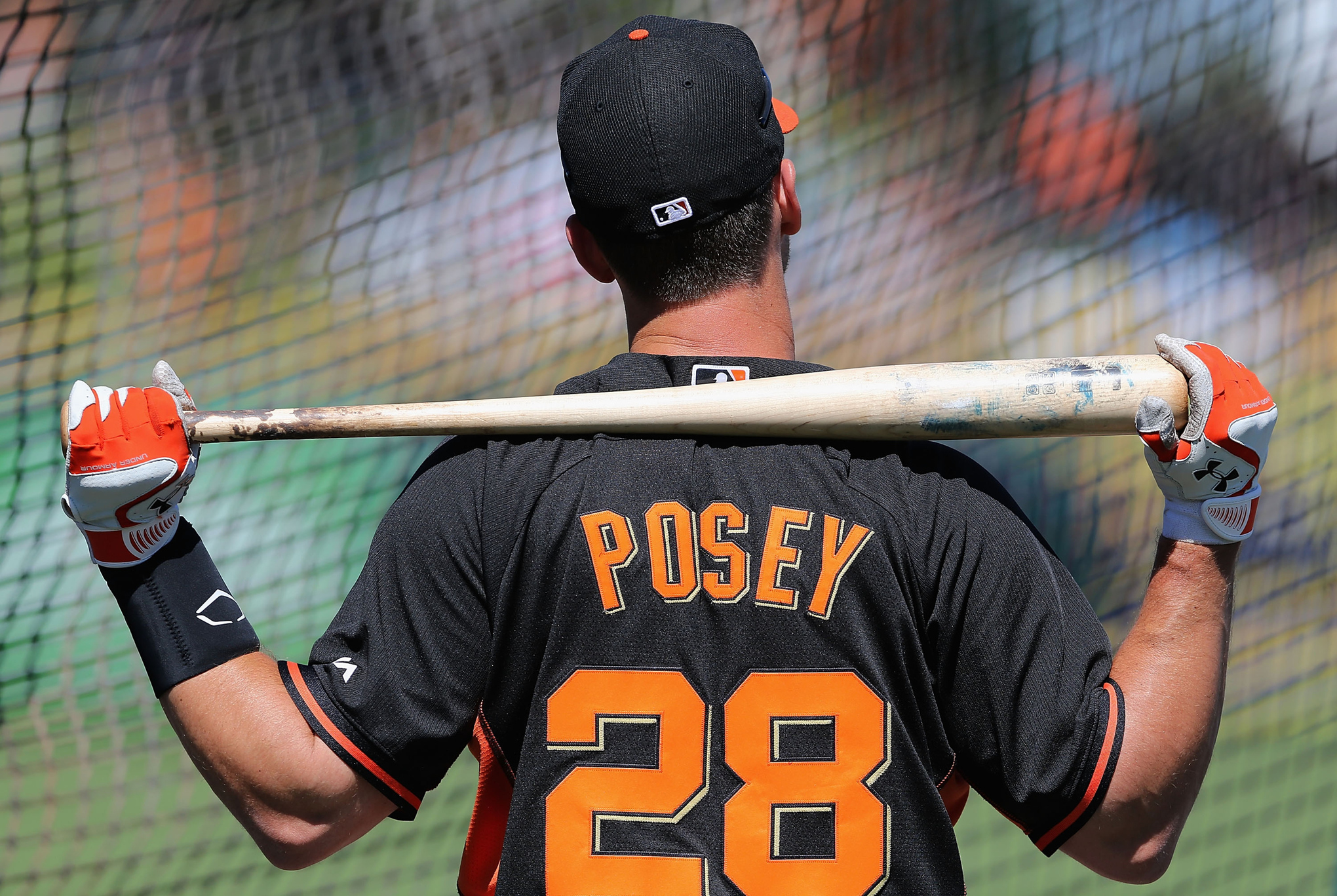 No, in order to get to the 10-win plateau, Hedges would have to hit more like Buster Posey, while playing world-class defense. He'd basically have to be a younger, slightly better Yadier Molina in Padres brown. And while that's certainly possible, it's definitely not probable. It's not likely, not with Hedges' current skillset, and it's not reasonable to project. But unlike so many other players in baseball, it is within the realm of imagination.

The point of all this is that Hedges has the skillset to -- maybe, possbly -- be worth something somewhere close to what Mike Trout is worth, even at a young age, while still under team control and before arbitration. Not many players, great as they are, come anywhere close to that kind of ceiling.

Hedges' unique defensive abilities, combined with a better understanding within baseball of how much they're worth on the field, make him one of the only candidates to come anywhere close to providing similar surplus value to Mike Trout's first few years in the bigs. I wouldn't hold that kind of expectation for catcher who hasn't played above Double-A, but the best-case scenario is a tremendous value, and even the likely projection is still something pretty great.