As with so many things, then-Commissioner Bowie Kuhn swung and missed when it came to disciplining an overtly racist owner who he instead praised as combining "courage, honesty and love of the game in richer measure than anyone I have known."

Yesterday, Grant Brisbee asked what would happen if a racist Donald Sterling owned a baseball team. Pretty much the same thing that happened to Donald Sterling in the NBA was his conclusion.

Insofar as we know, Major League Baseball doesn't seem to have a Sterling in its midst, an owner so poisonous that he threatens the integrity of the entire league through venomous retrograde rhetoric (whether intended for public or private consumption). One of the benefits of baseball's relatively robust vetting process for owners is that the rest of the league's clubs get to decide who joins their exclusive community, and can thus weed out potential owners who might jeopardize the league's standing and brand. Sure, you get a Frank McCourt or a Jeffrey Loria here and there, but at least the lords of baseball's realm are not currently unrepentant, awful racists. Again, insofar as we know.

It used to be different. Even after the color line had long since been consigned to the dustbin of toxic ideas, baseball still had Minnesota Twins owner Calvin Griffith.

Griffith, the adopted son of Hall of Fame 19th century Hall of Famer and Washington Senators owner Clark Griffith, inherited the team in 1955 and moved it to Minnesota six years later. The Twins enjoyed unprecedented success (at least by Senators standards) under his leadership. They made the World Series in 1965, were a perennial contender in the American League, and won the first two AL West titles in 1969 and 1970.

As that version of the team aged, Griffith failed to adjust to the free-agent era. He lost star outfielders Lyman Bostock and Larry Hisle to the Angels and Brewers (respectively) after 1977, and was facing the prospect of having to pony up for six-time batting-title winner and incumbent American League MVP Rod Carew as well when he spoke before the Lions Club of Waseca, Minnesota just prior to the end of the 1978 season. Intoxicated, he embarked on a 40-minute talk in which he called Carew "a damn fool" for playing for what Griffith was willing to pay him and criticized 22-year-old catcher Butch Wynegar, then looked upon (quite reasonably) as having star potential, for getting married and burning off his baseball energy in the bedroom. "He dwelt on all the unpleasant subjects and never brought up the more positive aspects of baseball," one attendee said.

That was all a prelude, though, to Griffith's self-immolating capper, the secret origin of the Minnesota Twins. An audience-member asked why he moved the club to Minnesota in the first place. Griffith swiveled his head, surveying the room. "Any blacks around?" he asked. Satisfied that he had the right kind of audience, he proceeded to tell the truth: "I'll tell you why we came to Minnesota. It was when I found out you only had 15,000 blacks here. Black people don't go to ball games, but they'll fill up a rassling ring and put up such a chant it'll scare you to death. It's unbelievable. We came here because you've got good, hardworking, white people here."

Carew and African American teammate "Disco" Danny Ford were both understandably incensed when they heard the remarks. Carew told reporters "the days of Kunta Kinte [a reference to the 1977 television miniseries 'Roots'] are over. I refuse to be a slave on his plantation and play for a bigot." Griffith tried to call Carew to apologize and explain, but Carew didn't let him off the hook. Both he and Ford demanded to be traded. 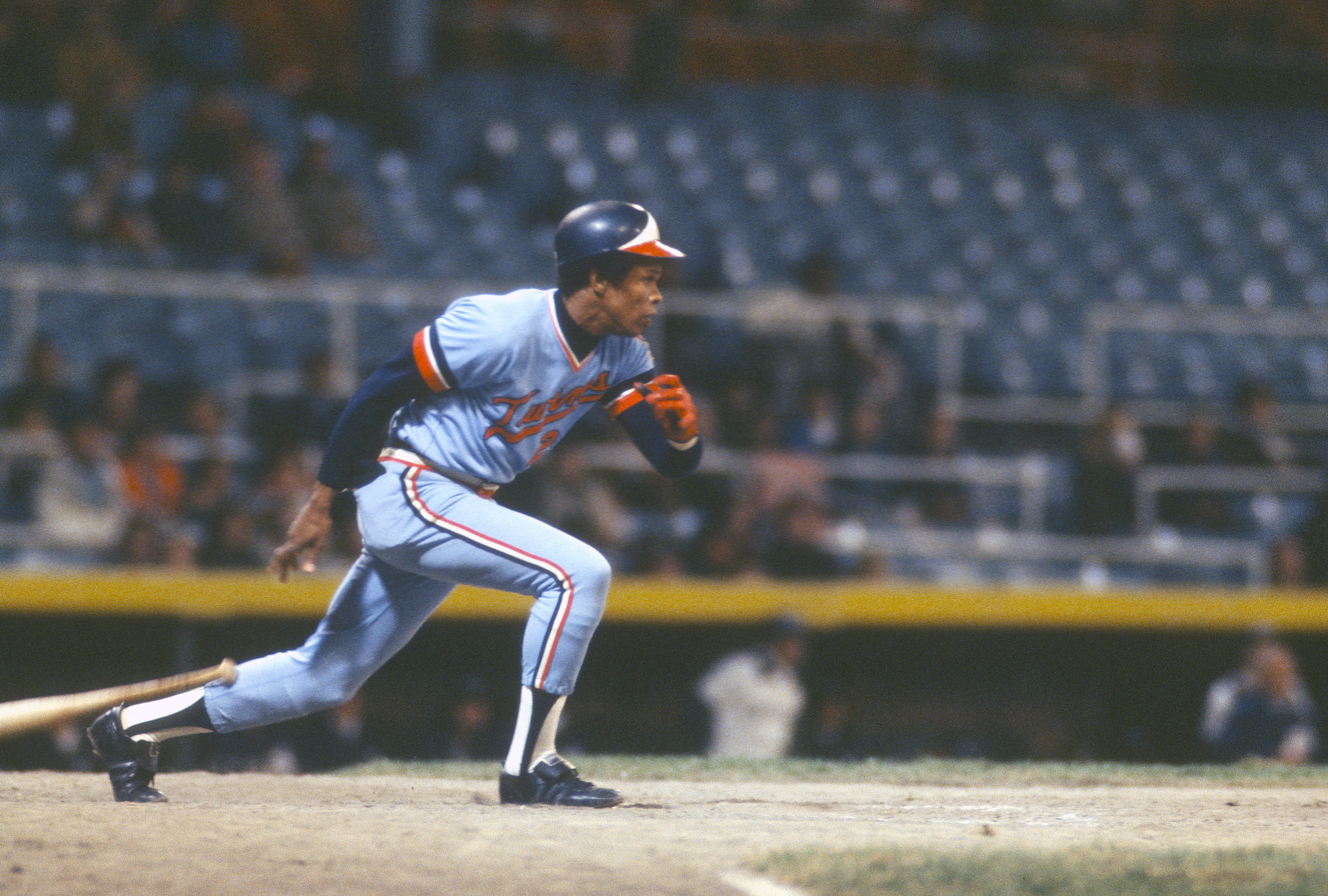 Just as Joyce Carol Oates has objected to the Sterling case on the basis of privacy, Griffith first was incensed that his comments were reported. He told Howard Sinker, "I'm surprised that Nick Coleman (the Minneapolis Tribune reporter covering the meeting) would have the audacity to write anything at all at a Lions Club meeting. When you go to a Lions Club, there's nothing to be quoted, from what I hear. What you heard at a Lions Club stood within the confines of the room and is not to be elaborated on."

He also denied that coming to Minnesota was a racist decision, but an economic one, "because black people do not go to ball games." Plus, "What the hell, racism is a thing of the past. Why do we have colored ballplayers on our club? They are the best ones. If you don't have them, you're not going to win." Also, the people who weren't at the Lions, as well as those who were, simply missed the joke. "At times you try to be comical and say a few things and try to get a laugh, and that's it. You're up on your feet for an hour. I did get quite a few laughs, I think things were misinterpreted." Finally, he returned to blaming the reporters covering the story, saying, "Why are you writing this kind of article that is so controversial? You are really causing a lot of friction. It's not good for baseball and it's not good for the people of Minnesota. The truth hurts a lot of people. And that's it."

Actually, it didn't hurt Griffith all that much. The reaction from Commissioner Bowie Kuhn's office was incredibly tepid. In his memoir, Kuhn said that he "publicly reprimanded Cal and disowned his remarks." But not really. Kuhn, according to Patrick Reusse, released a statement that Griffith's comments, "didn't reflect the view of professional baseball," but otherwise refused to get involved in disciplining the owner. Griffith would continue to operate the Twins for the next six years before selling to the slightly less odious Carl Pohlad, who attempted to contract the club in 2000, and yet was still not worse than Griffith. 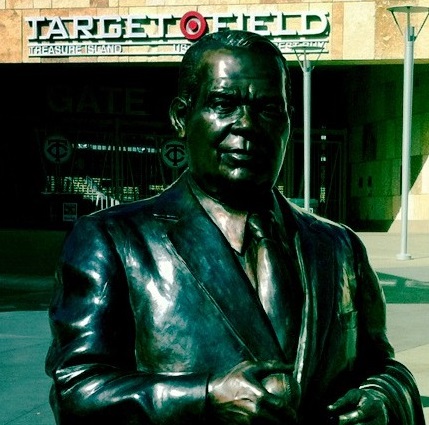 Donald Sterling is an embarrassment who will, it is to be hoped, never be associated with basketball ever again. Thankfully, he represents an era of ownership whose days are likely over, when damn near anyone, no matter how corrupted by bigotry, could own a team. Calvin Griffith couldn't own a team today, not in baseball or anywhere else. I'm happy for that, even as I'm embarrassed that there is a statue of Calvin Griffith standing outside of Target Field right now, a thank-you for bringing Major League Baseball to Minnesota. It doesn't mention the reason why he did so. As he said, the truth would probably hurt.