The tale of Yasiel Puig's thrilling escape from his native Cuba makes for an amazing story, and will someday be a Hollywood film thanks to Brett Ratner's production company. Maybe Brett Ratner hasn't created your favorite body of work, though, so you're not excited by the prospect of Puig: The Movie just yet. Maybe you're more interested in seeing what Puig's biopic would look like were it under the care of some of Hollywood's most distinct and iconic directors instead.

How convenient! We wondered this very thing, and took it upon ourselves to imagine what Puig's story would look like through the lens of eight different, non-Ratner directors. We even took the time to cast and title these hypothetical films for you, so really, they're much closer to completion than the real thing at this early stage.

You know where to find us, Brett. 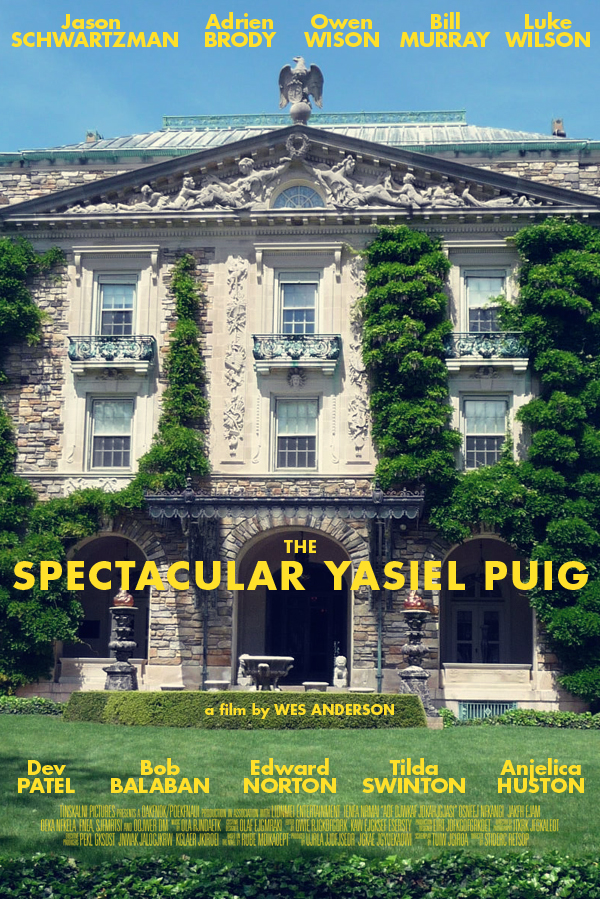 Plot Synopsis: A simple orphan boy from a strange land (Dev Patel) is discovered by a wealthy, eccentric benefactor (Bill Murray), who takes a strange liking to this rough-edged street urchin. The young gentleman is taken to live with the benefactor in his posh Manhattan estate, where the benefactor's standoffish family clashes with this undisciplined, near-wild teenager. The benefactor and his charge soon learn they have more in common than they ever realized, notably a deep and aching nostalgia for all they have lost. When the young boy exhibits a proficiency for sport, the benefactor makes it his mission to see that his ward becomes a professional athlete. 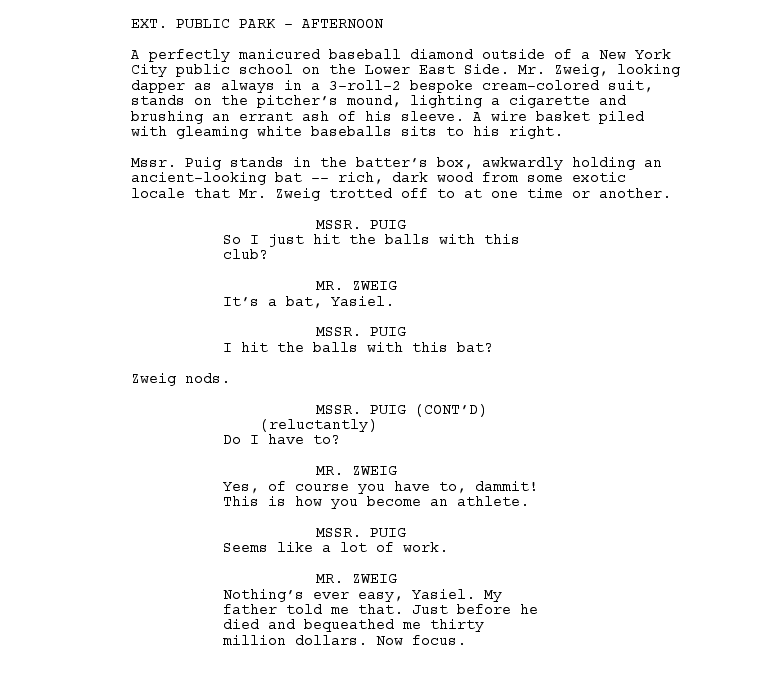 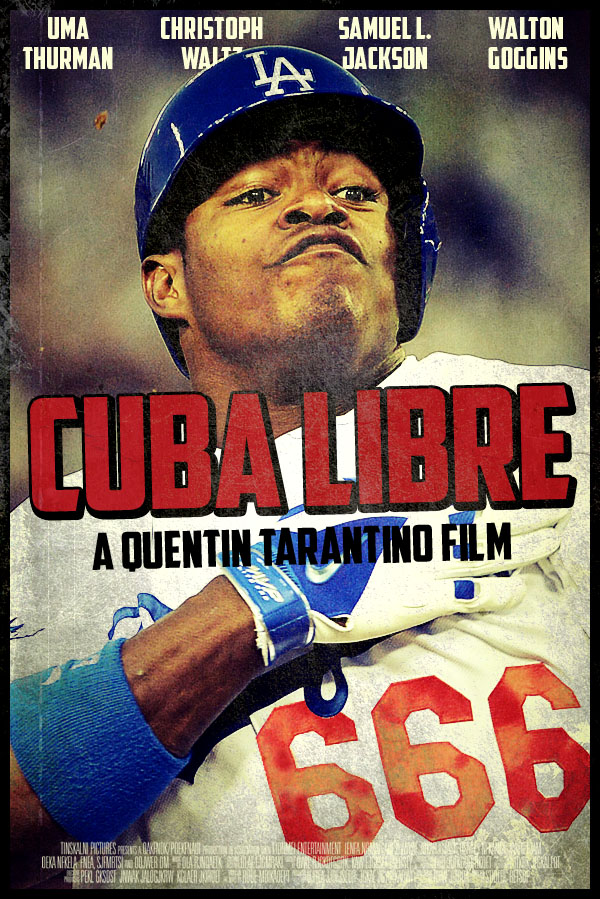 Plot Synopsis: A harrowing journey out of Cuba involves a young, naive Puig signing away most of his money to the runners that secreted him out of the country. After being run out of organized baseball by stodgy white men, Puig is penniless and pursued by a shady cabal of human traffickers who demand their money ... or their pound of flesh. With nowhere else to turn, Puig must reluctantly team up with his former adversary Don Mattingly -- himself now grizzled and jobless, a pariah -- and they exact their revenge on all who wronged them, cutting a bloody swath across the country, traveling toward Florida ... where the head of the human trafficking organization awaits. (Twist: it's Bud Selig.) (Played by Robert Forster.) 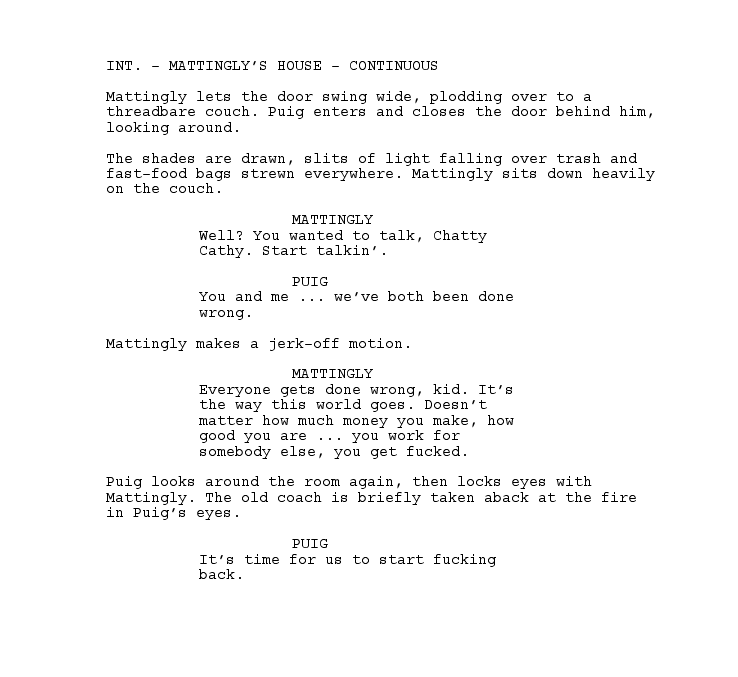 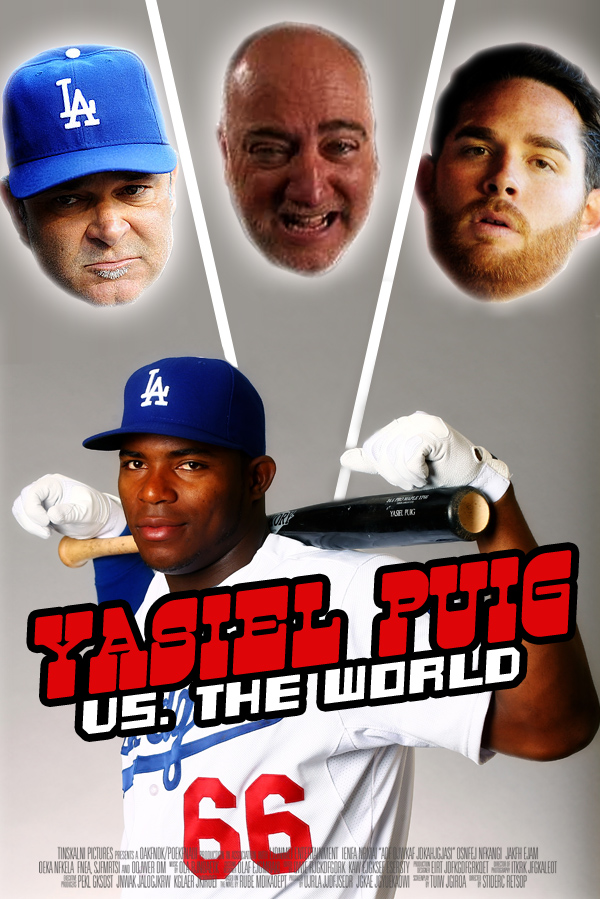 Title: Yasiel Puig vs. The World

Plot Synopsis: After his wife (Jessica Hynes) leaves Shaun Angel (Simon Pegg) for being too self-centered, he heads to the first non-British land he can think of for a change of scenery with his best friend Andy Watt (Nick Frost) in tow. After arriving in Cuba, they happen upon Yasiel Puig, who is being chased by shady characters under the employ of an international con-artist (Bill Nighy). Angel realizes helping Puig -- a baseball player with dreams of the Majors who got involved with dangerous people -- to escape Cuba could be just the irresponsible but unselfish act he needs to redeem himself in the eyes of his ex. Little do they know, though, that they've also caught the attention of the Castros. 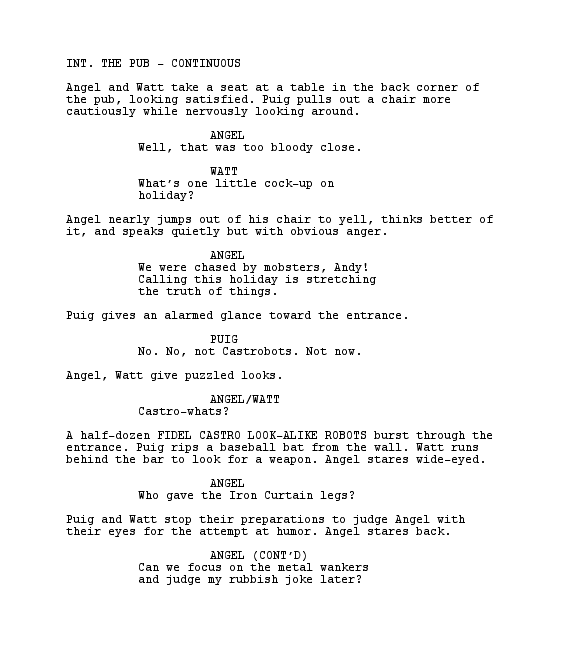 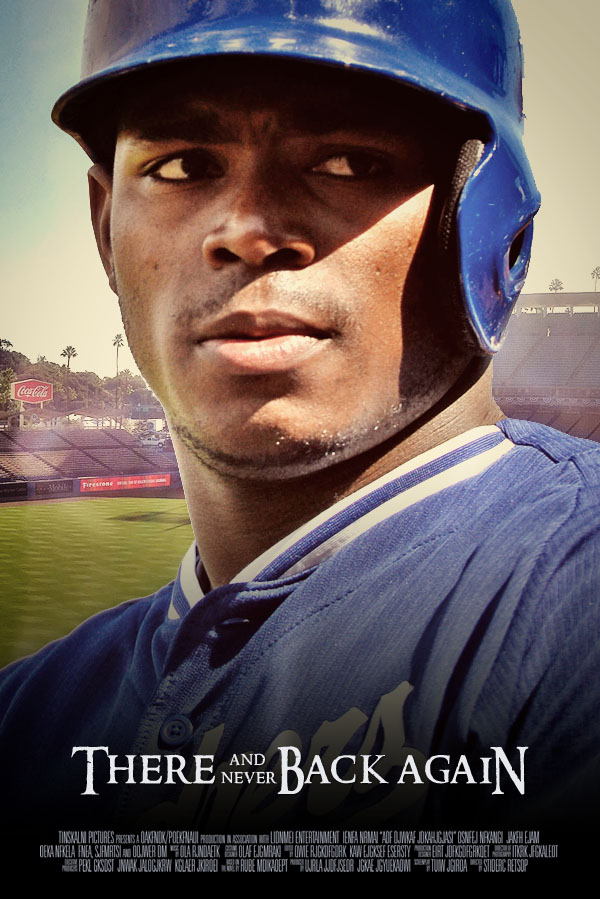 Title: There and Never Back Again

Plot Synopsis: Yasiel Puig is a tremendously talented baseball player who wants nothing more than to escape his homeland for the great riches found in the country across the sea. It's a dangerous endeavor, however, one fraught with secrets, strangers, even stranger lands, travel by ship with unsavory folk, and the ever-present threat of a watchful ruler who wants nothing more than to keep the talented youngster's skills for himself. In the first of six films, we are introduced to Puig and his struggle against the unknown, as well as his new-found traveling companions who want to leave the only home they've ever known behind just as much as Puig. Whether he can trust all of their intentions, though, is something that he will have to discover for himself when the fifth film is released in 2018. 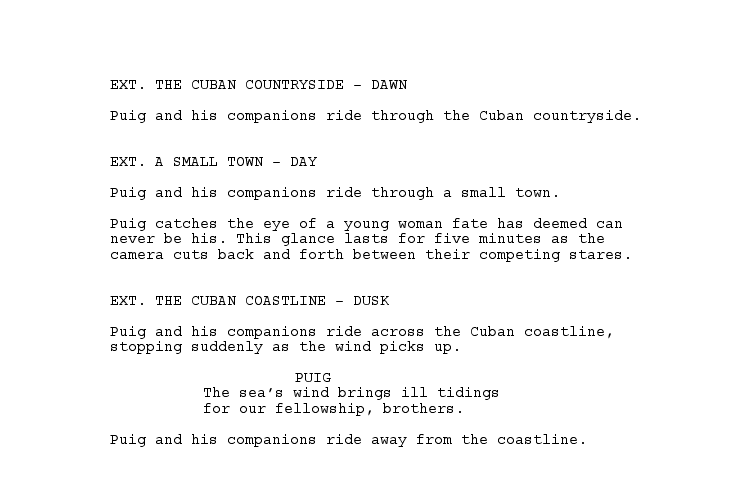 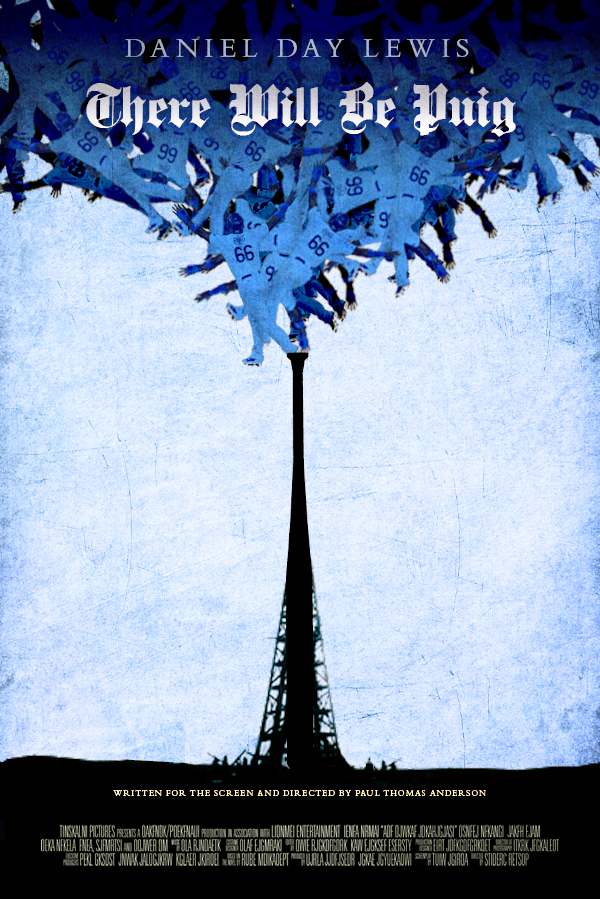 Title: There Will Be Puig

Plot Synopsis: A raw, talented baseball player (Day-Lewis) arrives on the doorstep of former major league star and current Dodgers manager Don Mattingly (Russell). The skipper attempts to teach him the arcane rules and mores of the sport with the help of his star pitcher, Clayton Kershaw (McBrayer), only to discover that he is trying to tame a force of nature, not a human being. Also, Puig represents nature and Mattingly represents the Industrial Revolution. 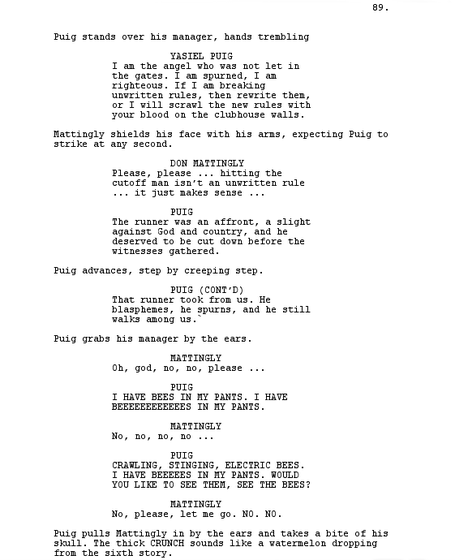 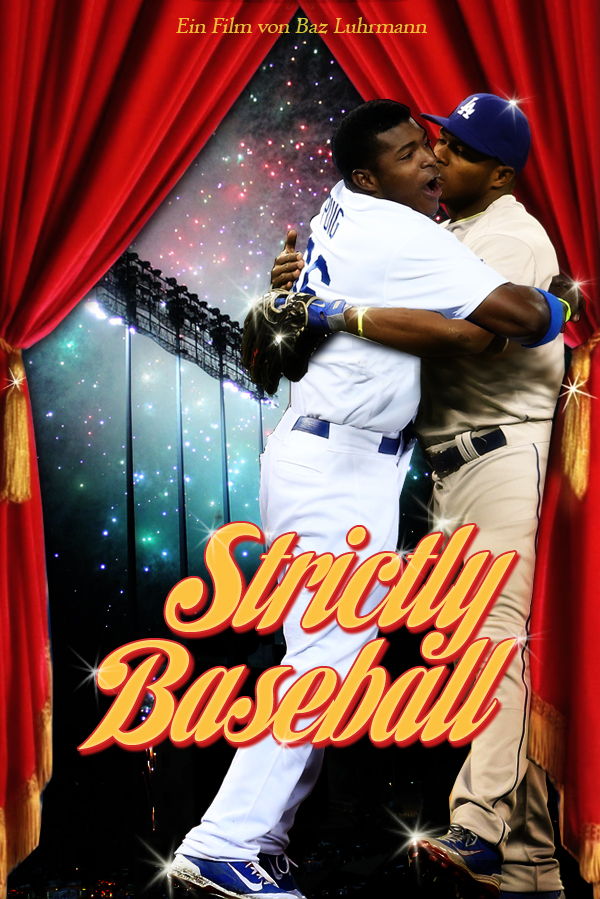 Plot Synopsis: A baseball player (Perrineau) takes the world by storm when he conquers baseball through the magic of interpretive dance. But when he teaches franchise icon Tommy Lasorda (Broadbent) how to dance, he inadvertently teaches the surly old-timer how to love himself again. 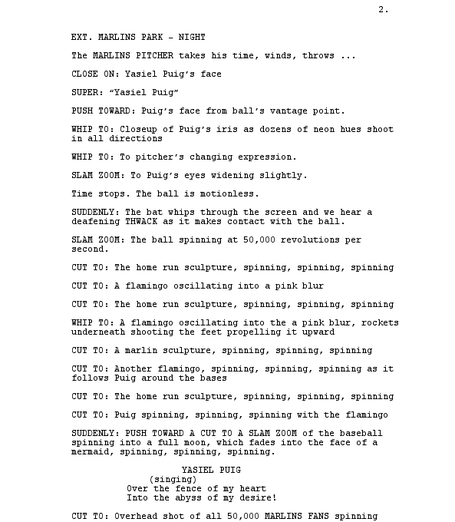 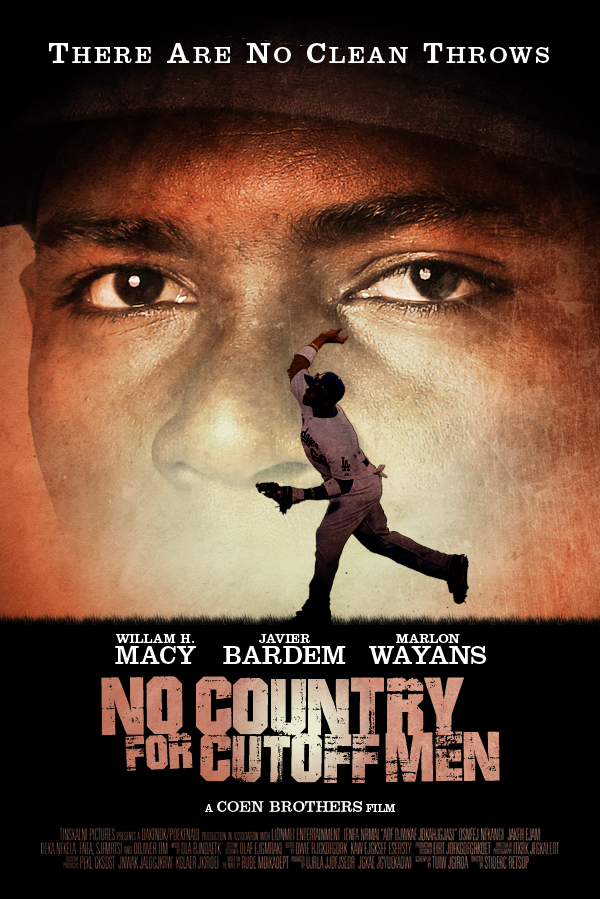 Title: No Country For Cutoff Men

Written By: Joel and Ethan Coen

Plot Synopsis: Ned (Shalhoub), a desperate baseball executive, is startled to discover a dazzling outfield talent named Puig (Wayans, who astonishingly seems to have had the most lines of any black actor in the Coen canon) in the desert after a shootout between the New York Yankees (Goodman) and dozens of sketchy baseball-importation intermediaries (Turturro, J.E. Freeman, an unbilled Steve Buscemi). As it turns out, though, Ned's valuable discovery comes with a price -- Puig has his own ideas about what to do with his value, repeatedly defying local authorities like the stolid Mattingly (Macy). More troubling still, Puig is also being pursued by the implacable, mysterious, and violence-prone enforcer Play DeWrightway (Bardem) and the dogged veteran assassin Plaschke (Giammati), whose motivations are unclear. What if what everyone wants can't be owned? 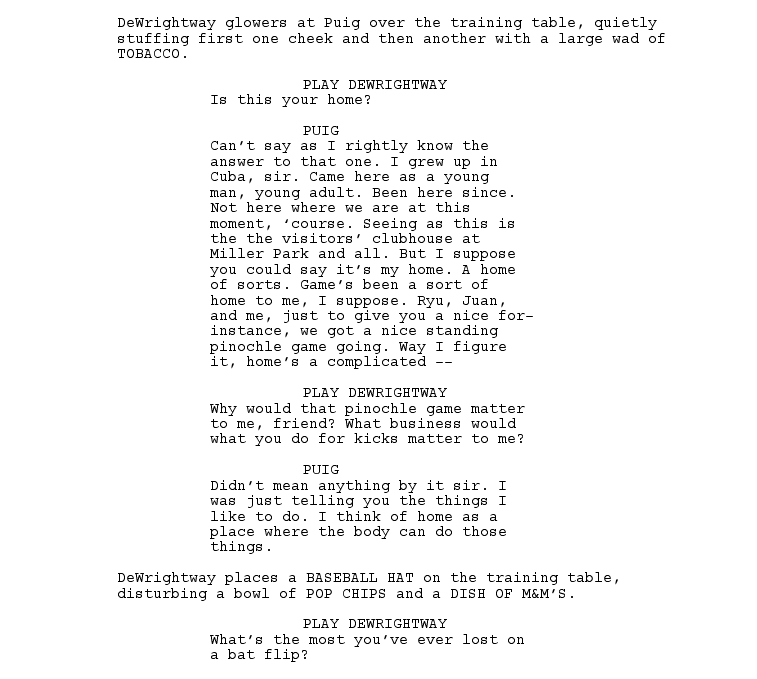 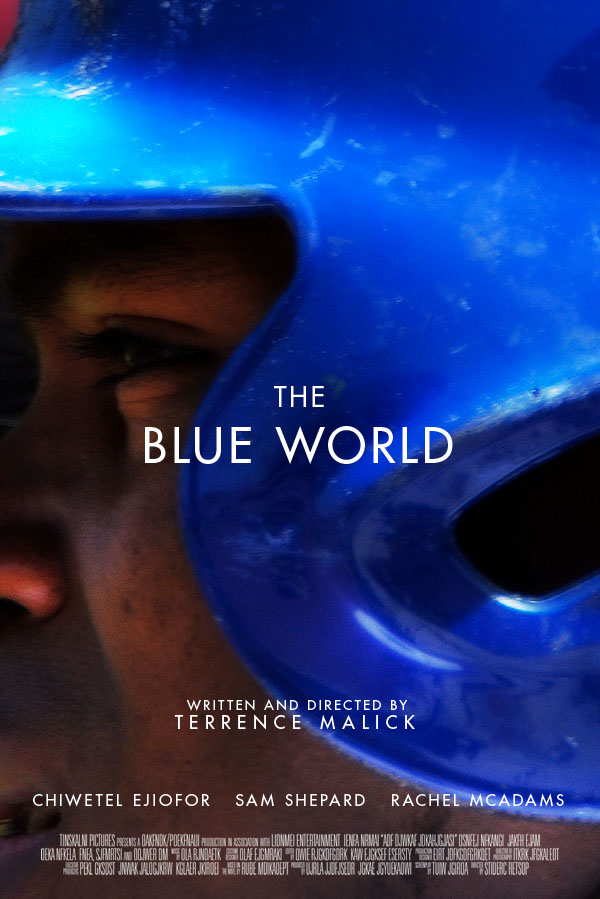 Plot Synopsis: In this strikingly lyrical take on Puig's journey from Cuba to big league stardom, Malick downplays the dramatic escape and, indeed, almost all of the baseball-related action. Instead, the film centers on dreamlike images of Puig wandering through a sunlit cornfield, with flashbacks to a formative (and possibly fictionalized) encounter that Puig had with a charismatic parrot during his youth. Chronologically, the entire film takes place during a single half inning in which Puig (Ejiofor) waits for and then has an at-bat against Cincinnati Reds starter Mat Latos (a heavily CGI'ed Nolte). Puig swings and misses at the first pitch, takes the second, then hits a ball to right field that he stretches from a single into a double on the third pitch. The dramatic score heavily features music by the Polish composer Henryk Gorecki. 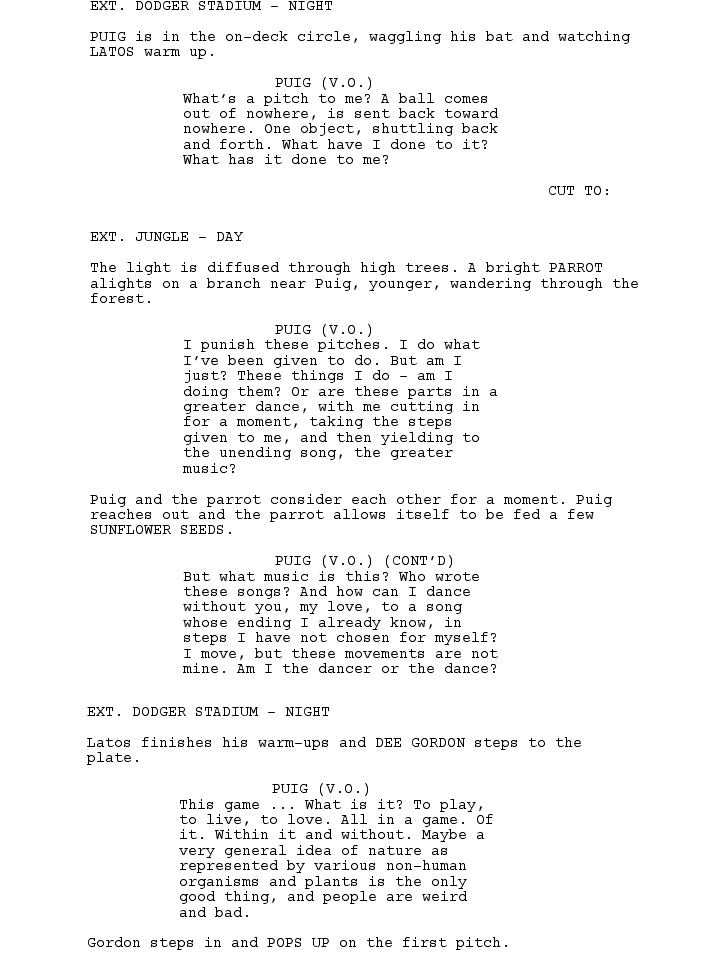 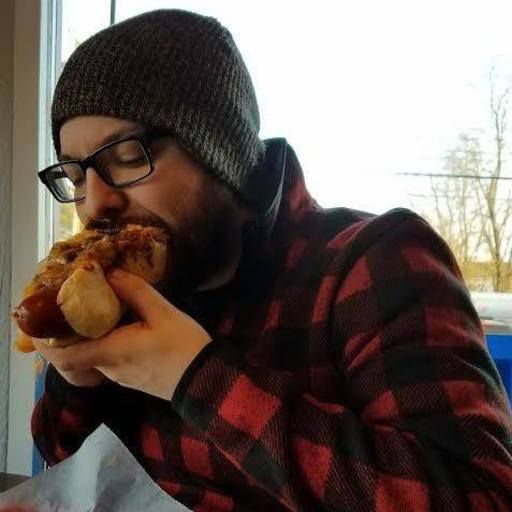