Why the Giants are (not) the best in the National League

If you're looking for absolutes, the 2014 Giants are not the team for you.

Share All sharing options for: Why the Giants are (not) the best in the National League

The Giants have the best record in the National League.

The Tigers might get more attention for their gaudy winning percentage, or the A's might be a hotter pick for world domination because they were projected to be better, but the Giants are doing extremely well. They've played as well as a 99-win team over the first third of the season. As such, I've been asked to explain this for the common folk.

Allow me to present my qualifications: I've watched almost every Giants game this year. There were a couple I listened to on the radio, but then I went back and watched them later that night. I am ...

... an *expert* on these matters. I have seen as much Giants baseball this year as any person alive who doesn't work for the team. And I have two main points about this year's team to share with a general audience.

1. The Giants probably aren't this good

I'm not talking about them being 99-win good, either. Rather, this is about the idea that the Giants can be one of the better teams in the National League at all, a legitimate contender. The answer is maybe, but probably not. Here goes:

You probably guessed. Allow me to confirm.

They have one starting pitcher with an ERA+ over 100 (meaning, one starting pitcher whose adjusted numbers are better than the league average). That pitcher is 38 and has already missed a start because of hip problems. The bullpen, made up of expensive veterans and ne'er-do-well castoffs, is due for some major regression. Their entire lineup is filled with players who strike out two or three times more than they walk. They're being buoyed by early power surges that aren't going to last, unless you think Brandon Hicks is going to hit 25 homers, Brandon Crawford is going to hit 15 or 20, and Michael Morse is going to hit 35 or 40.

According to Baseball-Reference, the Giants have magically allocated their hitting in the best possible fashion.

That's how a team can keep winning at a 99-game pace while only outscoring their opponents by 26 runs over the first third of the season. Hit 'em where they ain't; hit 'em where they count. Sounds simple, but it probably isn't sustainable.

Let's move on to the second point.

2. The Giants are probably this good

Before the season, any chance the Giants had to succeed was based on their ability to get something/anything from three starters: Matt Cain, Ryan Vogelsong, and Tim Lincecum. Their respective ERA+: 85, 92, 70. That's not good. But Cain and especially Vogelsong have been on an upward trend since the beginning of the season, with Vogelsong looking exactly like the pitcher who pitched at an All-Star level for two years. The velocity and command are back. Cain was a little shaky after returning from his KNIFE WOUND, but he looks like the same Cain from the second half of last season.

Tim Lincecum is still painful to watch, but over his last six or seven starts, he's pitched to his FIP, at least. With the new Lincecum, that's all the Giants should hope for. There's a chance they'll get it. 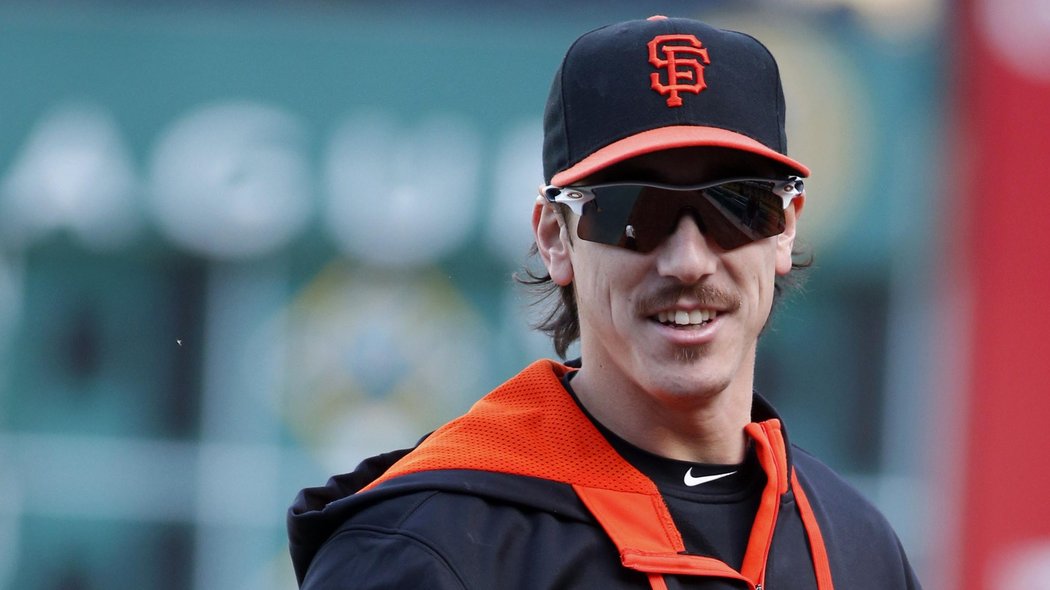 This is all to point out that the Giants got this far without the help of dominant starting pitching, yet there are signs that things will improve on that front. Madison Bumgarner has been dreadful at AT&T Park; that will change.

More than that, this is a lineup without many holes. Once you've accepted that Morse is close to the same hitter the Mariners thought they were getting before last season, and that Brandon Crawford is closer to J.J. Hardy in his good years than Rey Ordonez in his bad, the lineup looks even better. The only starting position player with an OPS+ below the league average is Pablo Sandoval, and he's finally snapped out of his career-worst slump. There's no reason to suspect everyone will stop hitting at once.

This brings us to Brandon Hicks, the scrap-heap second baseman filling in for the missing Marco Scutaro. The 28-year-old is hitting .205/.326/.418, which doesn't sound like much, except it's rather excellent for a middle infielder at AT&T. A full season of this would be worth three or four wins over replacement level, which is meaningful because Hicks was supposed to be the very definition of replacement level. Yet the Giants went to the same secondhand store where they found Andres Torres and Gregor Blanco, Ryan Vogelsong and Jean Machi, and it's working out again. They have a knack for getting far more than expected from their minor-league free agents, and it's starting to look like something the organization does well and not a series of flukes.

The Giants are a well-built team, one that can survive a mishap like Brandon Belt missing a month or two with a broken hand. They don't have one player going unsustainably nuts, hitting .400/.500/.900 over the first two months of the season and carrying the team. They have a bunch of solid players doing solid-player things. It adds up.

It's true. That part up there where I rattle off my qualifications? Meaningless. We're at a point in the season where a 1-9 stretch could sink a team, just as a freaky 9-1 stretch could propel more than half the teams into contention. I don't know if Crawford is entering a new, late-20s peak, where his defense and averagish hitting make him one of the best and most underrated players in the game, and I don't know if Morse is going to stop swatting dingers at such a prodigious rate. I can't tell you if the new old Vogelsong is going to stick around, or if he's really the old old old new Vogelsong in disguise.

Don't even bother asking about Lincecum. I don't know.

And if I don't know this about the team I watch every day (about 18-20 hours every week), I sure as heck can't tell you about the 2014 A's or Tigers or Yankees or Reds. I'm a fraud. I'm horrible at my job and I hate early-season baseball. My only solace is that you have no idea what's going on, either. Neither does that guy. Did you realize that Scott Kazmir was great now? He was out of affiliated baseball about 18 months ago. How can the Braves still be good when they lost 16 different pitchers in an industrial accident in March? Where am I? What do you mean Pedro Martinez retired? I can't keep up with anything.

So there's your answer, SB Nation editors. The Giants aren't this good unless they are, and the things that are going well will probably stop going well, unless they continue. Please don't fire me.