A lot more than what's wrong with Joe Mauer.

Share All sharing options for: What's wrong with the Joe Mauer haters?

"Is something wrong with Joe Mauer?" is a very loaded question in Minnesota these days. For one thing, he's been suffering through back problems for the last two weeks or so, which have been described by the team as "spasms" but by Mauer as "shooting pain" with "every sneeze, every movement, right away, it grabbed. I'd be trying to get ready for the game, and every time my heel hit the ground, it was shooting pain." So, yes, very literally, there is something wrong with Joe Mauer.

But even before he got hurt, there was a lot of grumbling. He started the season 0-for-10 (ridiculously called a "slump" by the club's TV crew of Dick Bremer and Bert Blyleven). He didn't have an RBI until the 10th game of the year (a function, mostly, of hitting second behind Brian Dozier, who had a .320 OBP during that stretch and a bottom of the order that included Pedro Florimon and Aaron Hicks), or a home run until game 11. None of this should have been remotely alarming, but for some reason everything Mauer does has raised alarm bells across Minnesota since signing his contract extension in 2011.

If you ask a Twins fan if there's something wrong with the catcher-turned-first baseman, you're liable to get a different answer. Mauer's "soft" and injury prone. He doesn't hit in the clutch. He doesn't hit home runs. He's not a leader or a rah-rah guy.

Never mind that none of this was a problem back when the Twins were winning. From 2005-2010, the club made the postseason three times in six year (and also lost a one-game playoff to the White Sox in 2008), and nobody gave a damn that he started only 664 games behind the plate. They didn't care that he let Torii Hunter, Michael Cuddyer, and Justin Morneau take the lead in the clubhouse. Of course RBI and homers weren't a problem with Denard Span getting on base in front of him and Justin Morneau hitting homers behind him.

Nobody had a problem with Joe Mauer's game until Mauer started making the kind of money a player worth five wins a year should be making, and the Twins started to lose through a combination of bad investments in the starting rotation and middle infield to go with injuries. It became far easier to point the finger at a single "problem" than the plethora of other calamities that included trading a perfectly good shortstop (J.J. Hardy) for two minor-league relievers and replacing him Tsuyoshi Nishioka. They also committed to treat Alexi Casilla, Danny Valencia, Delmon Young, Ben Revere, Luke Hughes, Matt Tolbert, Florimon, Clete Thomas, Trevor Plouffe, and Chris Colabello as starters, while trying to build rotations out of guys like Carl Pavano, Brian Duensing, Nick Blackburn, Mike Pelfrey, and Kevin Correia. They suffered through a rash of concussion problems that the club still is reeling from, in addition to the normal spate of injuries that a major-league team goes through. And, perhaps most importantly, while Mauer's salary has gone up, the Twins' payroll has fallen relative to the rest of the league.

But sure, Mauer's the problem. If only the Twins weren't spending $23 million on him, they could afford a payroll higher than $85 million. If he would only rally the troops, and high-five them a little more enthusiastically, they would surge to 90 wins. If he'd stop focusing on his damn on-base percentage (still at .373 in a season that is inducing panic), and hitting the ball the other way, he'd easily become the 30 homer slugger the fans want to come out to see! 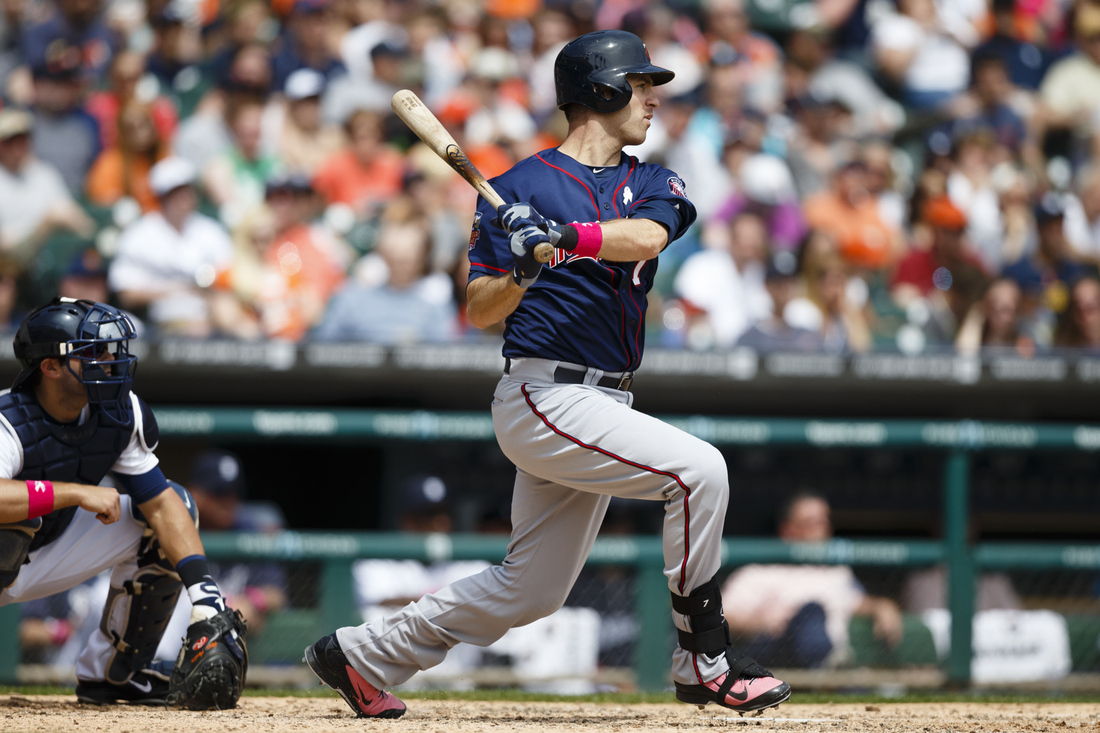 If only he were more like Joey Votto. Or David Wright. Or, to go even further back, Ted Williams. All sluggers who wound up bearing the brunt of the fans' frustrations, in spite of the incredible work they did for their teams. As these players' struggles to deal with unappreciative fans demonstrates, it's not the lack of power that really gets under fans' skins. It's the losing, it's the money, and it's the perception that, by not hacking away at every pitch like Kirby Puckett or Vladimir Guerrero, that they aren't contributing.

Williams' experience, in particular, is very instructive. Going into 1940, Williams was coming off a rookie year in which he led the American League in RBI and total bases, and almost won the MVP award. But fans began booing when he finished his first homestand with two hits and a couple fielding mistakes. Reporters accused him of not hustling. Over the course of his career, Boston Globe columnist Tom Egan railed against him, according to Williams biographer Ben Bradlee Jr., calling him selfish, "just not suited for a bicycle built for nine", and a bad role model. Egan also called Williams out for hitting a combined .205 in the 1946 World Series, the one-game playoff against the Indians in 1948, and the final two games of 1949 (a grand total of 10 games) much in the same way Mauer is criticized for hitting "just" .286/.359/.314 in nine division series games. Focusing on such a small window, however, completely ignores everything The Splendid Splinter and The Milquetoast Minnesotan did to get their respective teams to those points.

Why the Giants are (not) the best in the NL

If you're looking for absolutes, the 2014 Giants are not the team for you.

A look at who the experts agree on (or don't) in the first round of the MLB draft.

I don't understand their mindset. Whether it's Votto, or A-Rod, or Wright, or Mauer. I don't get how such a large swath of fans can look at a team's best player and label them the problem. Unless the team's goal is to tank and get a higher draft pick, that's ludicrous. Good players help teams win games. They help good teams become great teams. They help average teams become good teams. And they help terrible teams not be such an abject embarrassment. Of course it's hard to find anyone today foolish enough to claim that Ted Williams hurt the Red Sox during his career, because time and distance have allowed us to step back and appreciate the myriad ways he contributed to Boston's success in the late 40s, and propped them up when Tom Yawkey's racism and poor decision making caused them to slip in the 1950s.

So, yes, something is wrong with Joe Mauer, but that something isn't a character flaw, or an indictment of the extension that he signed in 2011. It's a physical problem that, with treatment, will improve.

On the other hand, something's much more wrong with fans who wear blinders and misguidedly insist that one of the best baseball players of this generation is hurting his team, and who are so enraged by losing seasons that they lash out at the most visible symbol of the team that has gone wrong. Something is wrong with the fans who can't appreciate the beauty of an opposite field double or the value of a high on-base percentage, or appreciate the lack of a supporting cast around Mauer in the Twins lineup. Their anger is woefully misplaced. Joe Mauer isn't part of the problem, he's part of the solution to the mismanagement that hurt the Twins for so long, and which now, with Minnesota two games above .500, may have finally corrected itself.

Not that they will give Mauer any credit for it.