Has Josh Beckett 'completed his comeback'? Hell, no

Beckett's no-hitter was "just one of those things," and that's all.

Share All sharing options for: Has Josh Beckett 'completed his comeback'? Hell, no

On Sunday, Josh Beckett of the Los Angeles Dodgers threw both the first no-hitter of the 2014 season and the first no-hitter of his career. There have been 109 no-hitters in my lifetime, and while I haven't been called upon to write on all of them, of those that I have I think I've expressed a similar sentiment each time: No-hitters fall about the future Hall of Famers and the soon-to-be-forgottens, they fall on the healthy and the ill, they fall on the dominant strikeout pitchers and those who somehow induce weak contact, but most of all they fall on the fortunate.

Last season, as well as at various other times of his career, Josh Beckett couldn't get anyone out. By my estimate he has been on the disabled list 16 times since he made his major-league debut in 2001. Last year he had surgery to relieve thoracic outlet syndrome and it wasn't clear how well he was going to pitch upon his return, or if he was going to pitch, or if his stuff would bear any resemblance to that which made him a three-time All-Star.

Beckett became the 21st pitcher in Dodgers franchise history to throw a no-hitter.

As it turns out, until today the answer has been mixed. Beckett has (via Fangraphs) been throwing a great many more curveballs than he did pre-surgery. For their part, the Dodgers have been very conservative with him, keeping his innings and pitch counts low for fear of breaking him again. He had topped out at 113 pitches, but his average was 97. He had pitched well, but in short bursts. On Sunday, Dodgers manager Don Mattingly let him pile up 128 pitches in pursuit of an ephemeral accomplishment, and if there are consequences to that, well, we'll never know -- Beckett could break later, but he's also a guy who is prone to breaking, so the cause and effect will always be less clear with him than with almost all other pitchers --and with almost all other pitchers you might as well be sailing a glass-bottomed boat over a tar pit when it comes to perceiving the inflection point for injuries.

Beckett struck out six batters, leaving 21 to be retired by the defense, the infield and the outfield getting about an equal number of chances. The reason no-hitters are the capricious zephyrs of baseball is that when you take away the strikeout, the walk and the home run, pitching and defense are largely inseparable. A ground ball knocked 2.5 yards to the left of Derek Jeter is a hit; the same ball hit to Andrelton Simmons is an out. Your team decides to give Adam Dunn a chance to wear a glove for a day and your chance of pitching a no-hitter that day declines exponentially. For all the elements to come together for a pitcher, it really helps to have something with more mobility than the Maginot Line behind him.

And yet, that's not a deal-breaker; there have been too many no-hitters pitched to exclude the dogs of defense, and if you go through the list you'll find your Jeters (more than once); sometimes the ball happens to be hit at even the wrong fielders in the right way. That is, they'll be capable of fielding it.

Concluding this piece, I noted that the Los Angeles Times had posted a story on the game titled, "Josh Beckett's comeback is complete with no-hitter against Phillies." No, no, no, no, no, no, no, no. Josh Beckett had a good day. That's it. He spotted his pitches well enough that no one hit one over the fences, although maybe it was also that the Phillies have a poor offense and ranked 13th in the National League in home runs coming into the game. You can't go quite as far as saying, "This is the reason Yu Darvish almost throws a no-hitter each time he hooks up with the Astros," but it's in that same ballpark. 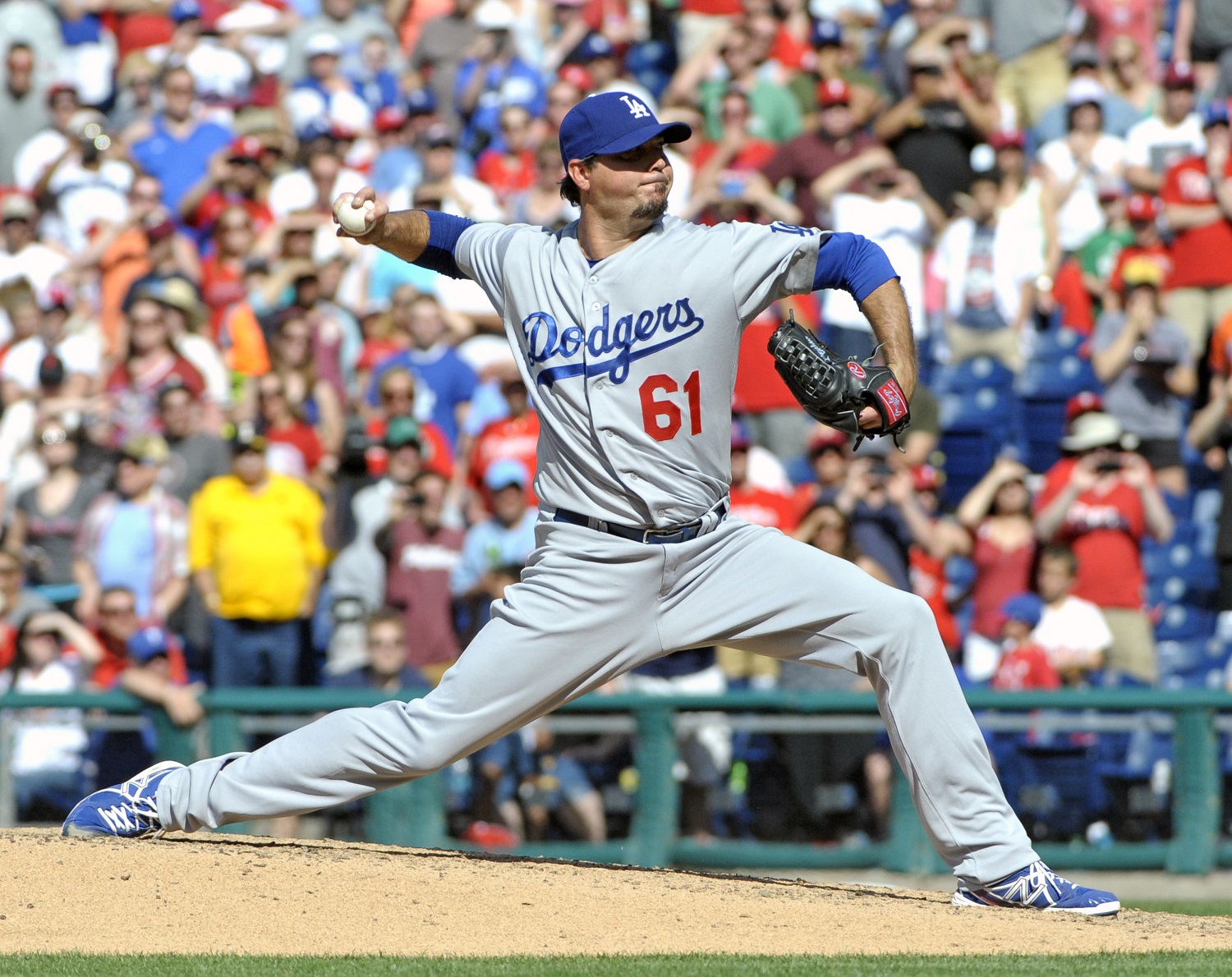 To take this performance and say that Beckett has completed anything other than a single game, though, is to risk being made a fool of, both because no-hitters have no predictive value whatsoever, make almost zero comment on the quality of the pitcher, and because this pitcher has all the staying power of a politician's promise. We'll know he's completed his comeback when he makes it through 30 starts with an ERA below 4.00, not when he's had a single good day. We might not know it even then, because he's always going to be damaged goods, and the next injury is probably coming.

Don't get too wrapped up in ephemeral victories that come to the deserving and undeserving alike in the same way that the $10 bill lying on the street might be found by you or the serial killer coming up the block from the opposite direction. The confusing duality of no-hitters is that Beckett was great and not great, dominant and lucky, and you can't pull those things apart no matter how hard you try, so better not to. As Cole Porter wrote, "It was great fun, but it was just one of those things."