Norichika Aoki is the best

He is a superhero and his power is the ability to star in hilarious pictures. We're better for it.

Share All sharing options for: Norichika Aoki is the best

In a previous installment of "Hey, Look at These Baseball Pictures!"*, we discovered that Norichika Aoki is a baseball-picture hero. He is constantly being hit by pitches or avoiding pitches, which makes him contort into a heap of gelatinous uniform. It's not a super power, but it's not not a super power.

Then, when we looked at strikeout faces, Aoki was being attention-hoggy again, showing up all over the place. 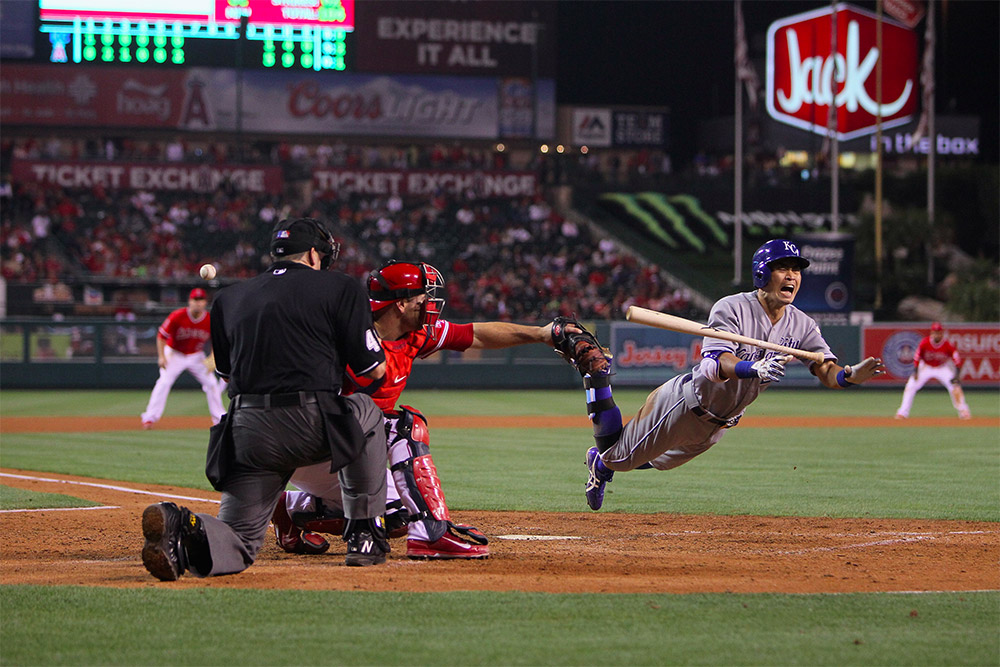 So it's time to give this brilliant man his drum solo. This is a very special installment of Hey, Look at These Baseball Pictures!, as it features nothing but Norichika Aoki in the two-plus months he's been with the Royals. Again, this is only about Aoki as a Royal, which he's been for 80 or 90 days. His three months are, picture-wise, what players aspire to do for their entire careers.

He doesn't have to strikeout or be hit with a pitch to be a photogenic marvel. Here Aoki is getting a hit: 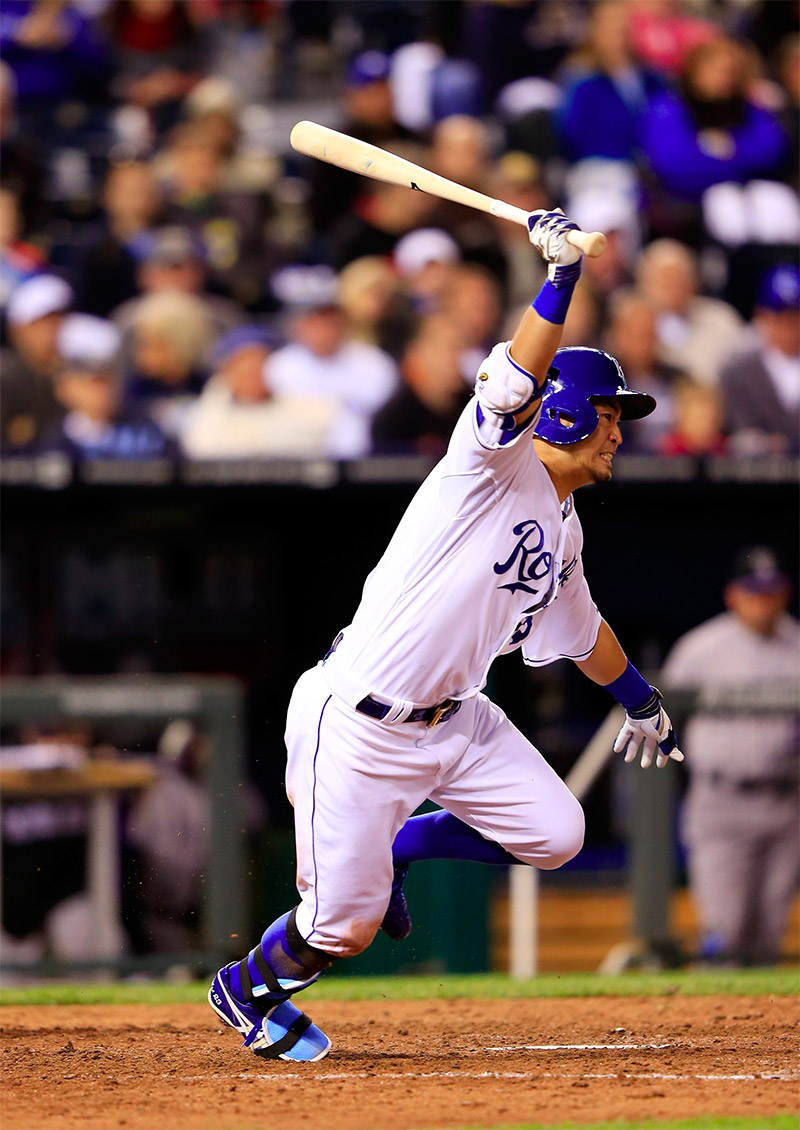 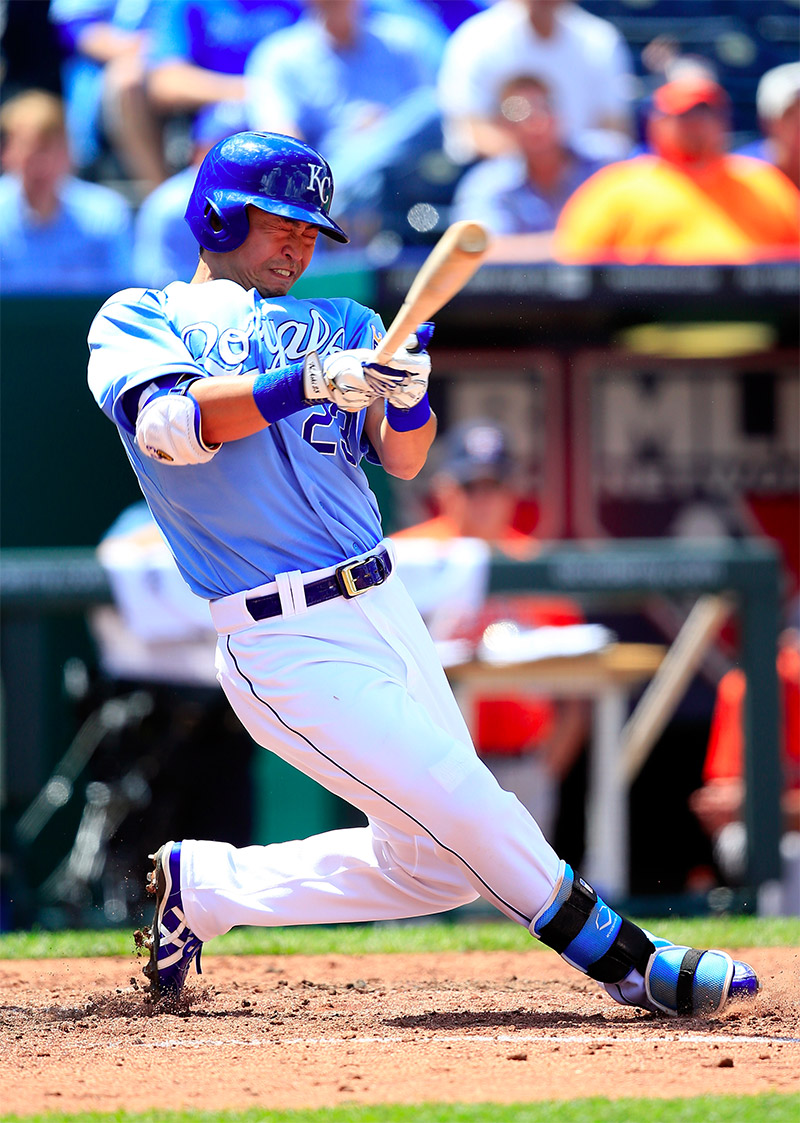 I think he's swinging at the lens flare. J.J. Abrams, look out. Aoki's comin' for you.

The history of Japanese baseball dates back to the mid-1800s, when an American professor introduced it. In the 150 years since, Japanese baseball and North American baseball have been able to travel down different evolutionary trees. It's like baseball is a finch, and each country is a different island in the Galapagos. Over the last century, batters in Japan were free to develop a wholly different approach. 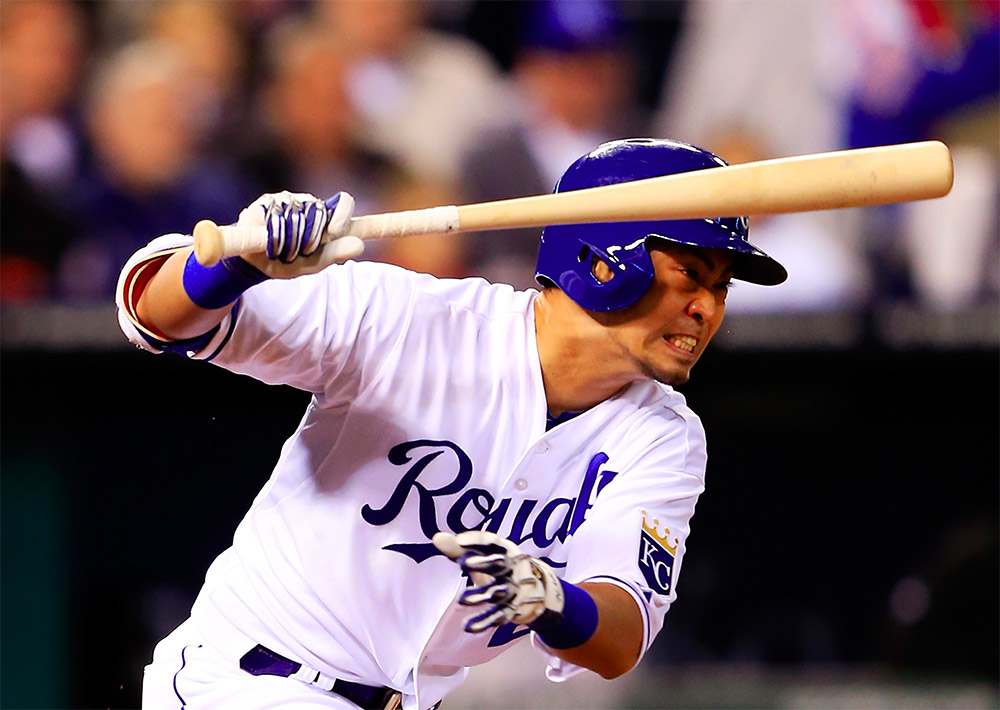 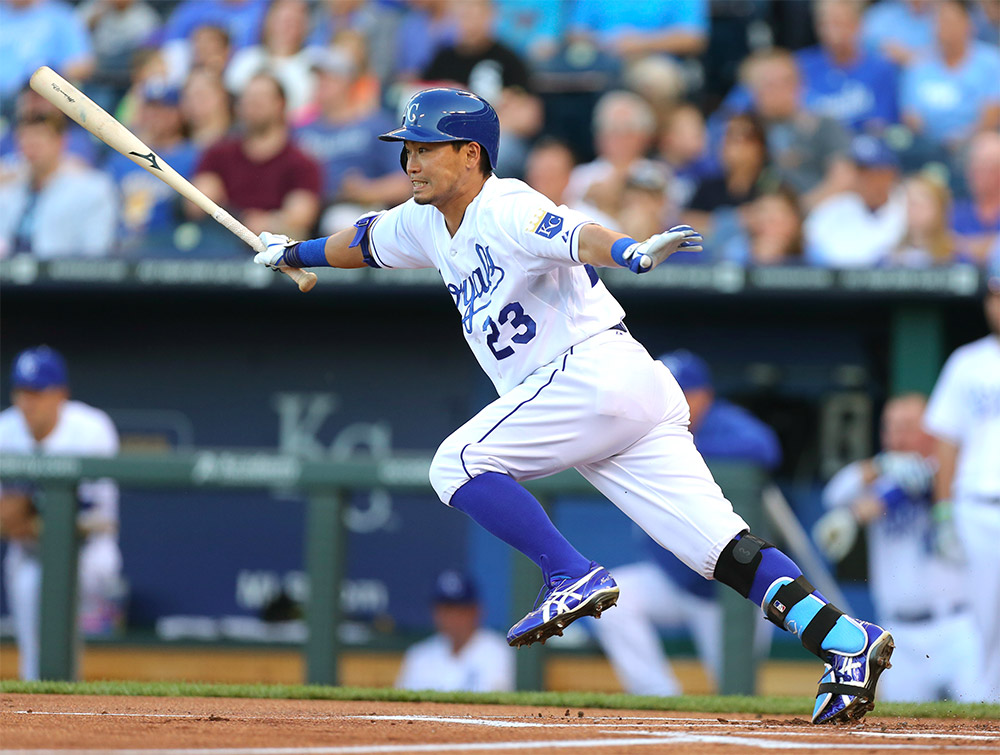 Everything he does, he does with a balletic flourish, at least for the camera. Also, is that an iPhone in his back pocket? Perhaps a pack of smokes. Will make a note to investigate further.

In addition to hitting, Aoki makes grade-A running faces, which is certainly rare: 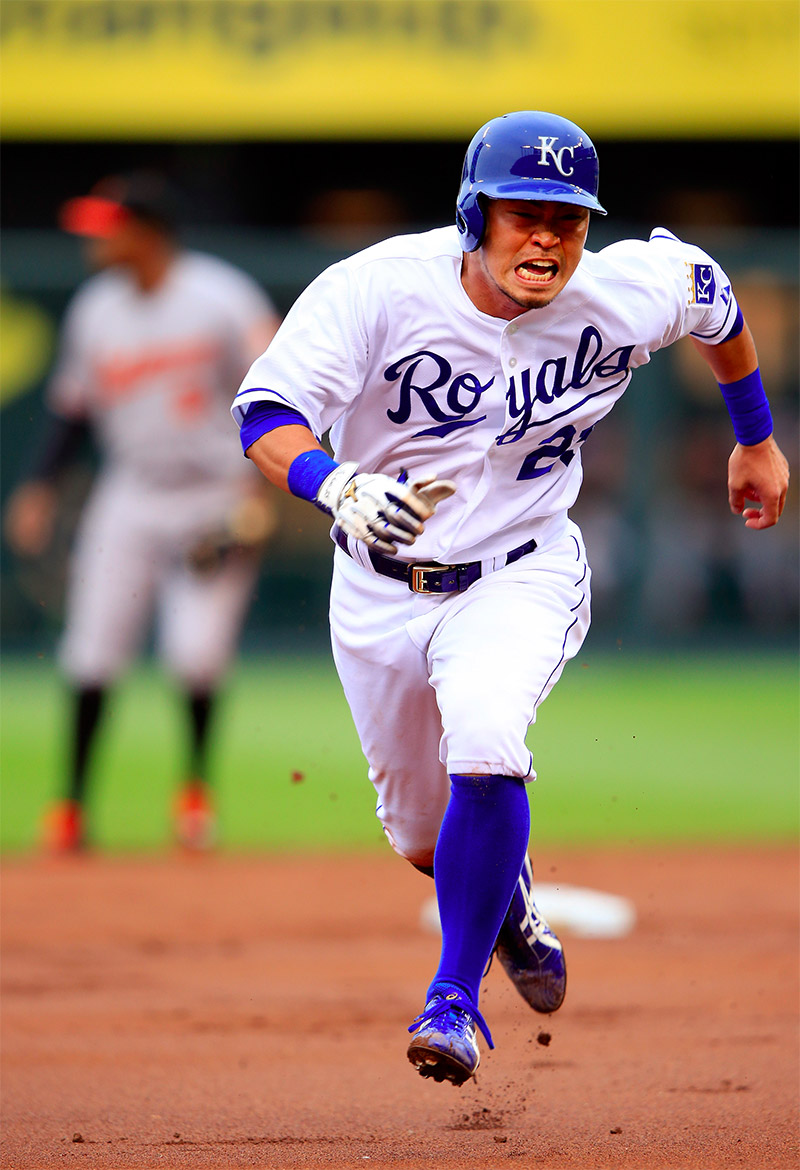 There are dozens of yarrrgh faces in the SB Nation photo tool. There's no sense sharing all of them, as they're all variations on the same theme, but they're splendid: 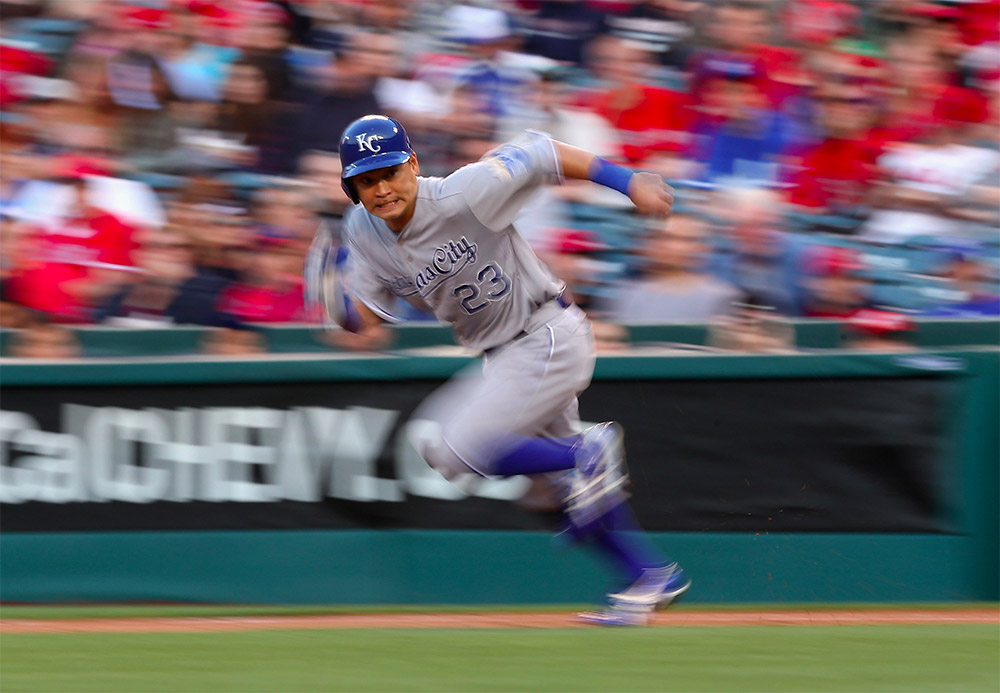 Aoki even forces photographers to tear open the space-time continuum. Or, perhaps, it's Aoki doing it himself. It's immaterial at this point. Explaining the science behind it would ruin the mystery. 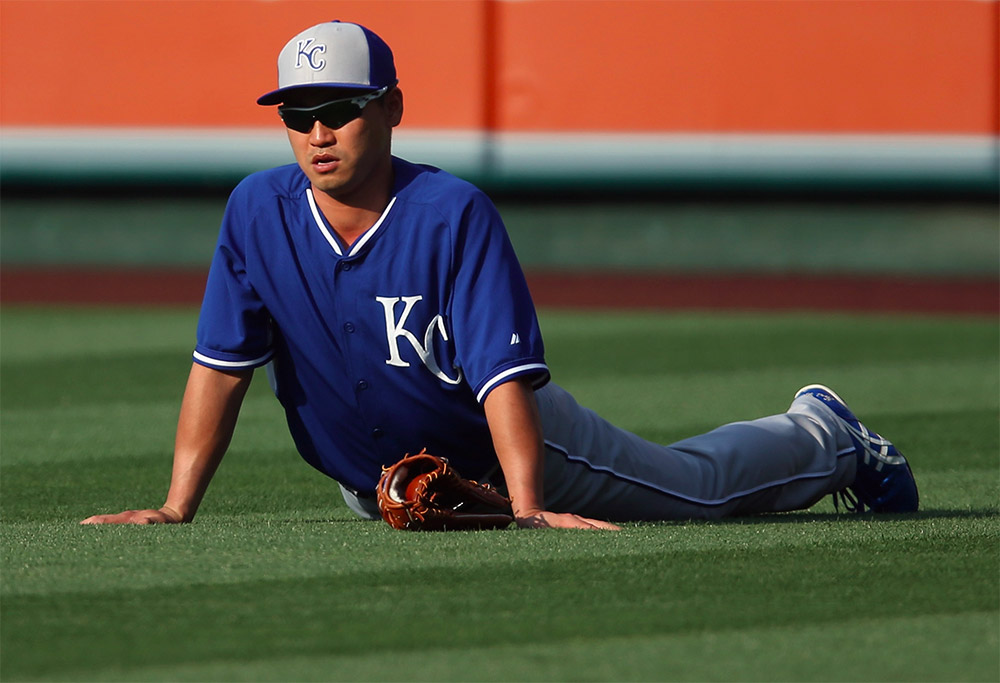 He can. He's a seal! Or befouling a mitt. But I prefer to see him as a seal in this one. Bark bark: 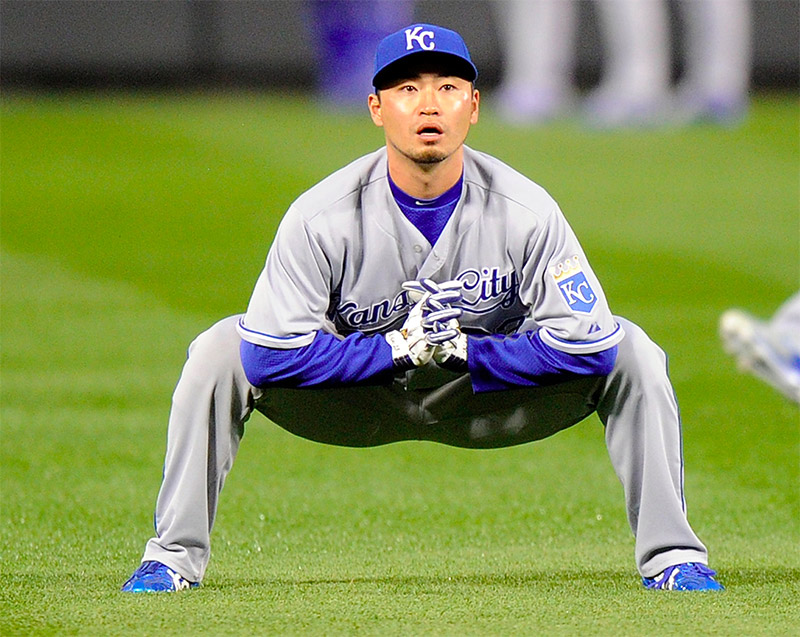 The photographer has an assignment to get as many Mike Trout or Masahiro Tanaka pictures as possible, because those are the things that sell. Yet, invariably, he's drawn to Aoki. What's he doing? Is he a seal? Is he merely warming up and squatting? That's interesting. It's always interesting. Is he dancing?: 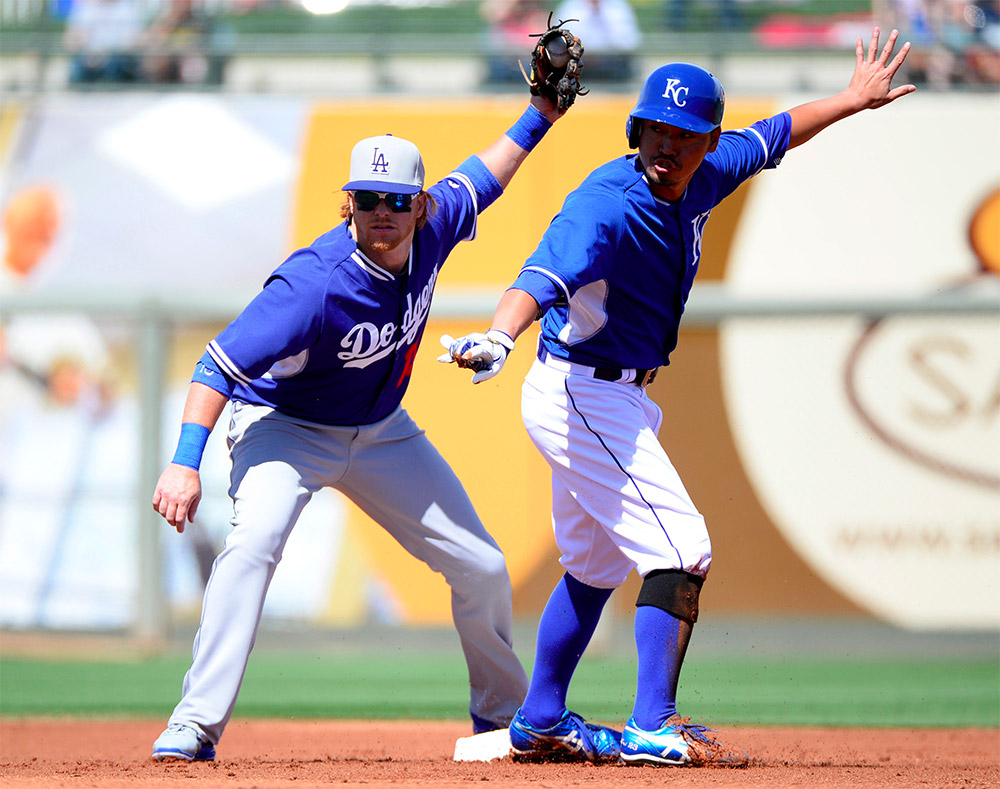 While all of those up there are fantastic, Aoki's best work is, and always will be, when he is either hit by a pitch or trying to get out of the way: 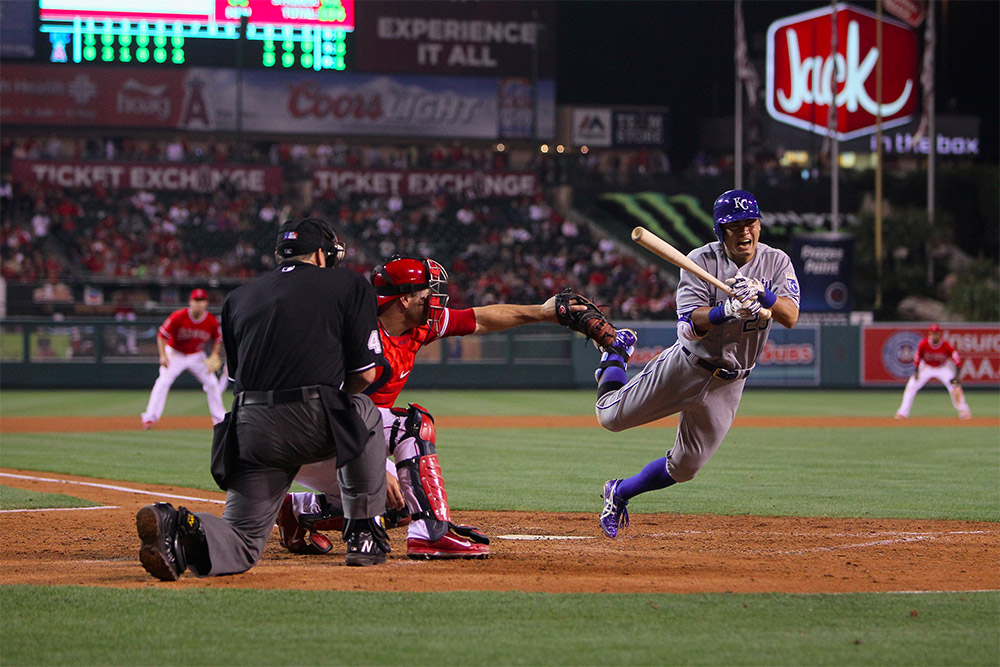 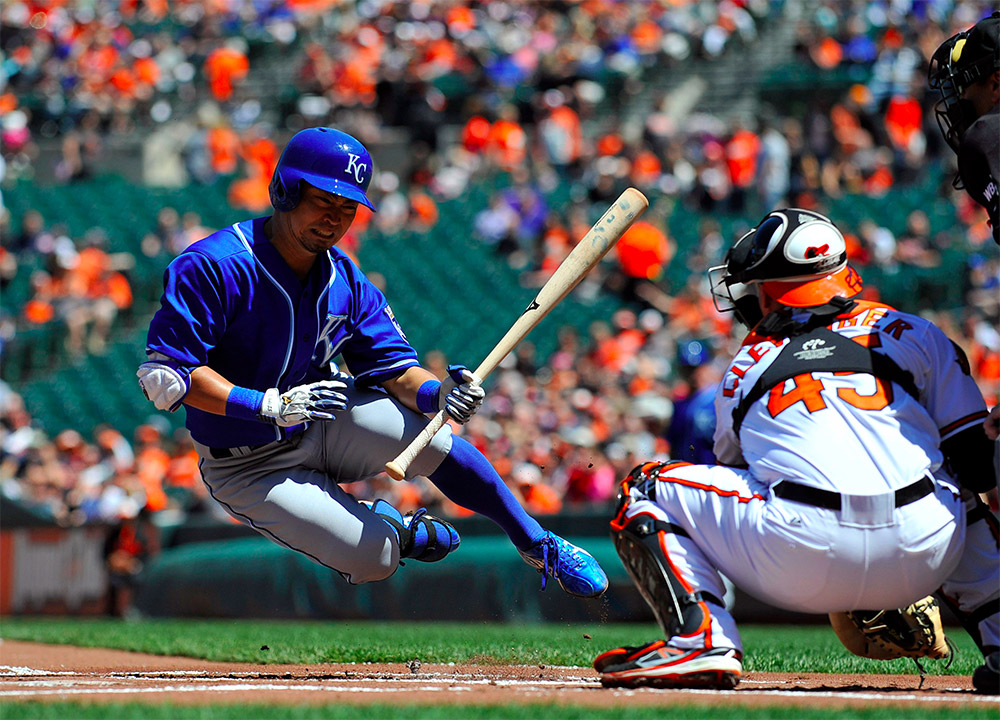 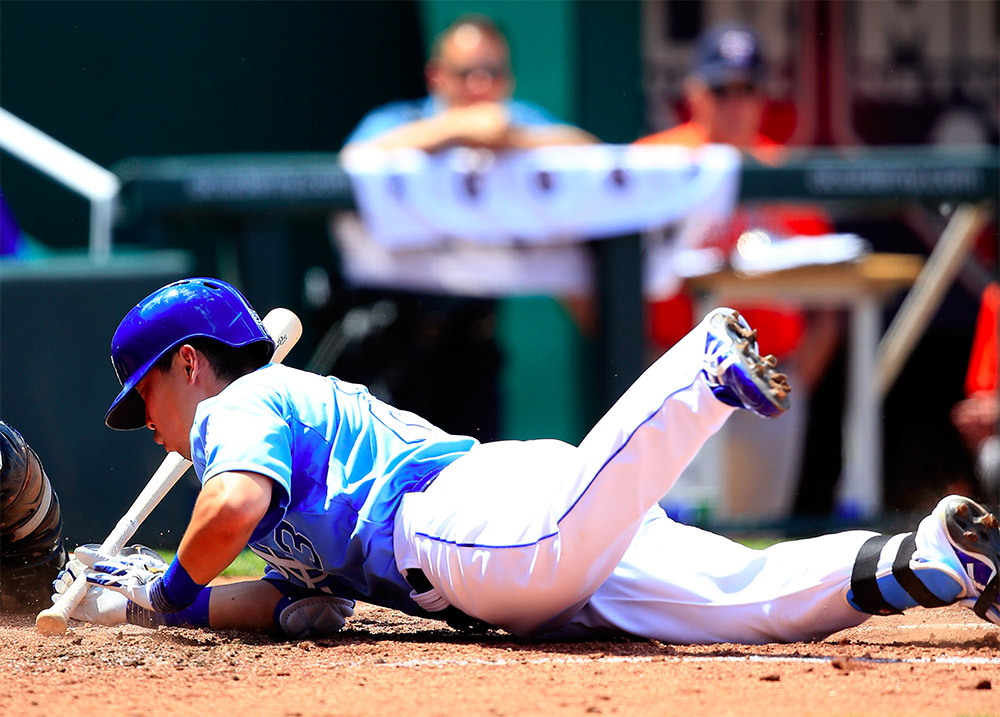 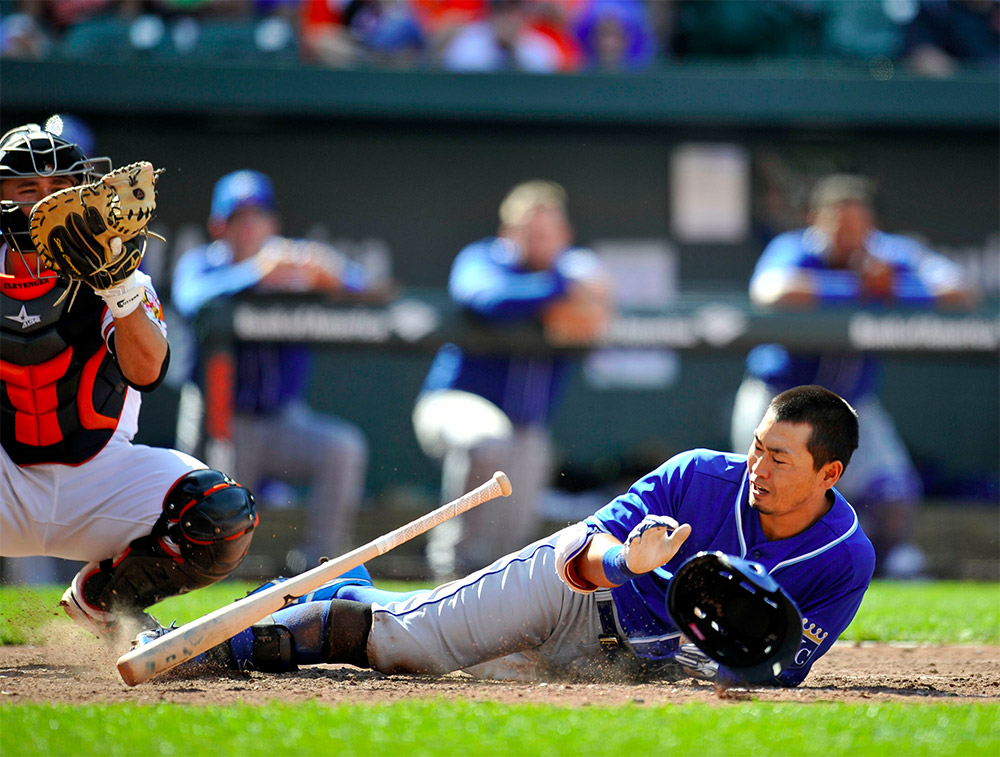 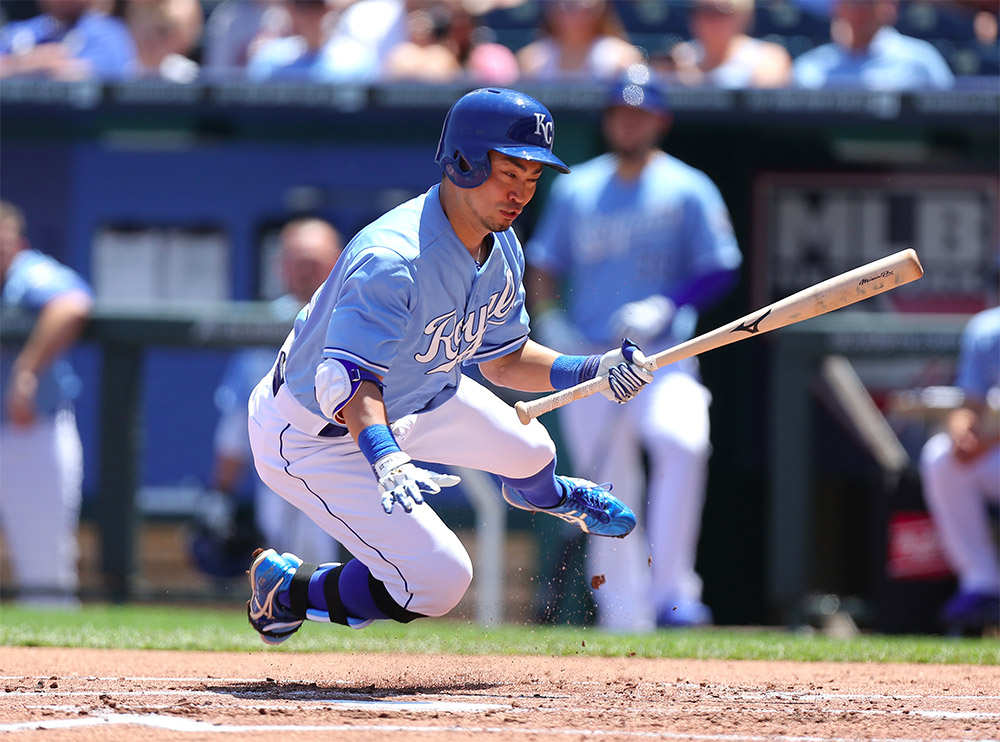 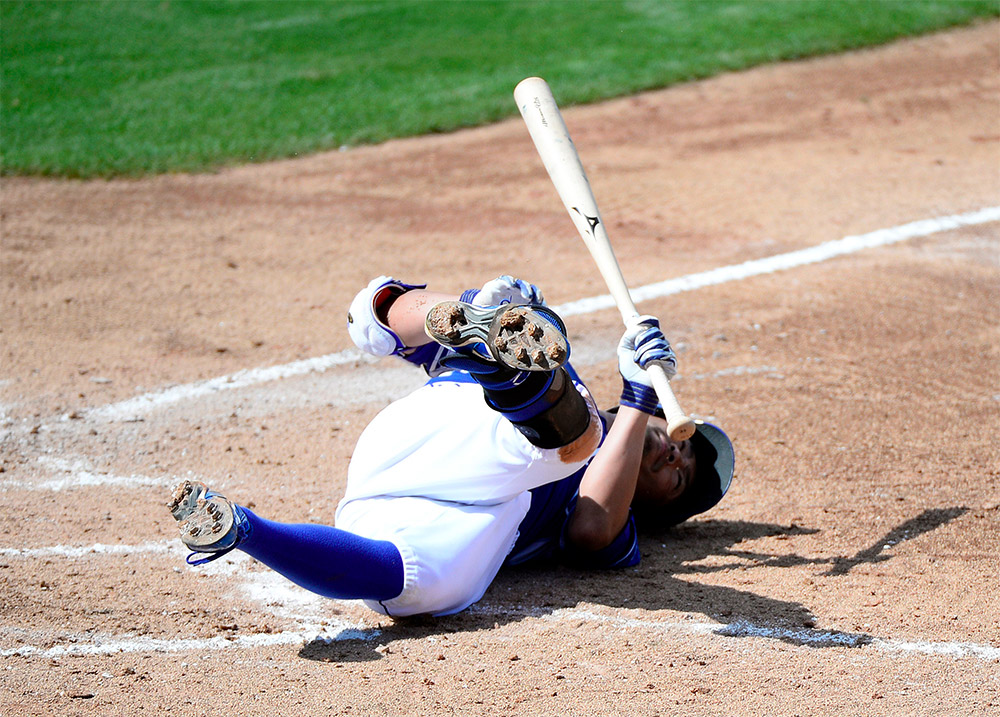 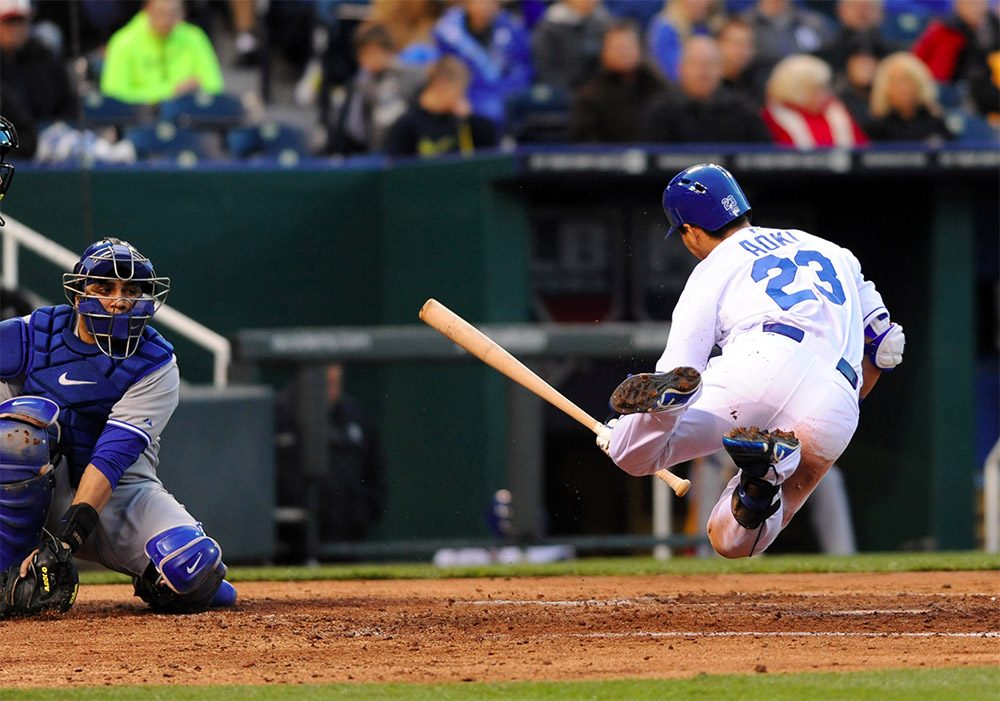 He is Charlie Brown, socks in the air after every pitch. He is an international treasure. Remember, he started playing baseball with the Royals in March. It's May. We still have months of this stuff. Then there's next year. And the year after that. And the year ...

Aoki is so good, even the SB Nation story editor wants to do interesting things with him: 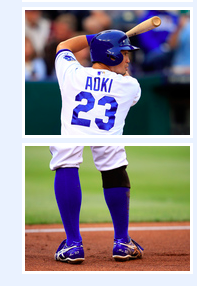 Thanks for the effort, computer, but you don't need to do silly things with Norichika Aoki to make him the best. He does better, so much better, on his own.