The Yankees will honor Tino Martinez with a plaque in Yankee Stadium's Monument Park, though he was mostly a mediocre player on a very good team.

One of the stranger aspects of the human mind is that we produce propaganda, which can often be described as "fiction designed to impress other people," but it often has a stronger effect on the home audience. Read the history of any war, and you'll find that the worse one side is losing the louder they shout that they're winning. Then, when they finally do lose, the very same people who authored the lie appear bewildered: "They said we were up!" Somehow "we" becomes "they."

On Thursday, the Yankees announced they would be making some additions to the Monument Park section of Yankee Stadium, which is tantamount to their personal Hall of Fame. He's the which-one-doesn't-belong guy in a group that includes newly-minted Hall of Famer Joe Torre, longtime Hall of Famer Goose Gossage, and outfielder Paul O'Neill:

Tino Martinez is the Yankees' version of the propaganda boomerang, the myth they created that they now believe to be true. Yes, they won four World Series with Martinez on the team, but here's a partial list of other players who won four (or more!) rings with the Yankees: Joe Collins, Charlie Silvera, Hank Bauer, Gil McDougald. Luis Sojo had three and just missed a fourth. Frankie Crosetti had six as a player and nine as a coach. Some of these players were very good. Heck, Hank Bauer was a better hitter than Martinez, was wounded in World War II, and also managed the world-champion 1966 Baltimore Orioles. Charlie Silvera, whom I've been fortunate enough to talk to, seems like a heck of a nice guy, but he was a reserve catcher to Yogi Berra, which meant he played about 20 games a year. The rings don't say anything about quality.

Where a player stands in relation to his peers, however, does. Martinez played 1,054 games with the Yankees and hit .276/.374/.484 with 192 home runs. That sounds pretty good, especially on a team that, aside (big aside) from Lou Gehrig and a few great seasons from Don Mattingly actually hasn't had a ton of great career first basemen. Thing is, you can't look at numbers without context, and the problem here is that first base is a position from which we expect a ton of offense, and given that this was the era of the (pharmaceutically-inflated or just naturally bulky) slugger, Martinez's level or production was actually not very good.

Almost any fair ranking of first basemen from 1996-2001 has Martinez sitting towards the bottom. Here are just a few of his contemporaries, the ones who had 2,500 or more plate appearances. Just to short-circuit any pointless arguments about the impact of performance-enhancing drugs, I'm going to leave out Mark McGwire, Jason Giambi, Rafael Palmeiro, and anyone else who has ‘fessed to using or been implicated (fairly or unfairly, which means no Jeff Bagwell). I'll even leave out Todd Helton and Andres Galarraga because Denver is a performance-enhancing city. Note that these stats cover only the players' time at first base, not designated hitter. That's fairer to Martinez because he was almost exclusively in the field during this time:

I didn't have room to include RBI in the above. Martinez did have more of those than anyone listed, but he also batted with men on more often than any of them.

As for defense, Yankees flacks spent a lot of time talking up Martinez as a brilliant defensive first baseman, and in truth, he wasn't bad. He also wasn't anything special, a Mattingly or a Keith Hernandez. He was just good. In 1999, given the choice between awarding Martinez a Gold Glove and voting one for a guy who played just 28 games in the field, the voters chose Rafael Palmeiro. It's not like Gold Gloves mean a lot, but when you're touting a guy as a defensive genius, I think that choice says something.

If you want to go about this by career WAR (and really, who doesn't?), Martinez is the 52nd-greatest Yankee of all time via his 16.6 wins, trailing Brett Gardner, Home Run Baker (who did his best work with the A's), George Selkirk (derided as a bust in his day), Red Rolfe, Ben Chapman, Bob Meusel, Snuffy Stirnweiss, Wally Pipp, Sacco and Vanzetti, Millard Fillmore, and Rick Astley.

Check the guy out on a single-season basis during his main Yankees stint (leaving out the 2005 encore) and here's how he ranked among first basemen on a season by-season basis:

And, no, he was not a particularly memorable postseason hitter.

Note that the Yankees are not retiring Martinez's uniform number 24, which they have since bestowed on Sidney Ponson, Robinson Cano, and Scott Sizemore. He's just getting a plaque, an honor they've bestowed on players they consider lesser luminaries such as Lefty Gomez, Allie Reynolds, Red Ruffing, and roughly a half-dozen Popes.

I was going to close this piece by saying of Martinez that some are born to greatness, some have greatness thrust upon them, and some merely hang around close enough to greatness that people get confused about their status. Instead, since we're talking about plaques and retired numbers, I would like to finish by observing the following. Think of a player who:

His name is Willie Randolph. His number has not been retired. It has been given out to Cory Lidle, Sean Henn, Matt Smith, Scott Patterson, and is presently worn by Dave Robertson. He has no plaque. There are other Yankees as yet unrecognized by the team in any formal way, including Hall of Famers Tony Lazzeri and Joe Gordon, as well as third baseman Graig Nettles and Roy White, but put them aside. That Randolph was an unrecognized great we take for granted, but that he should be a non-person even to the team that had him while it celebrates a non-entity like Tino Martinez is just painful. 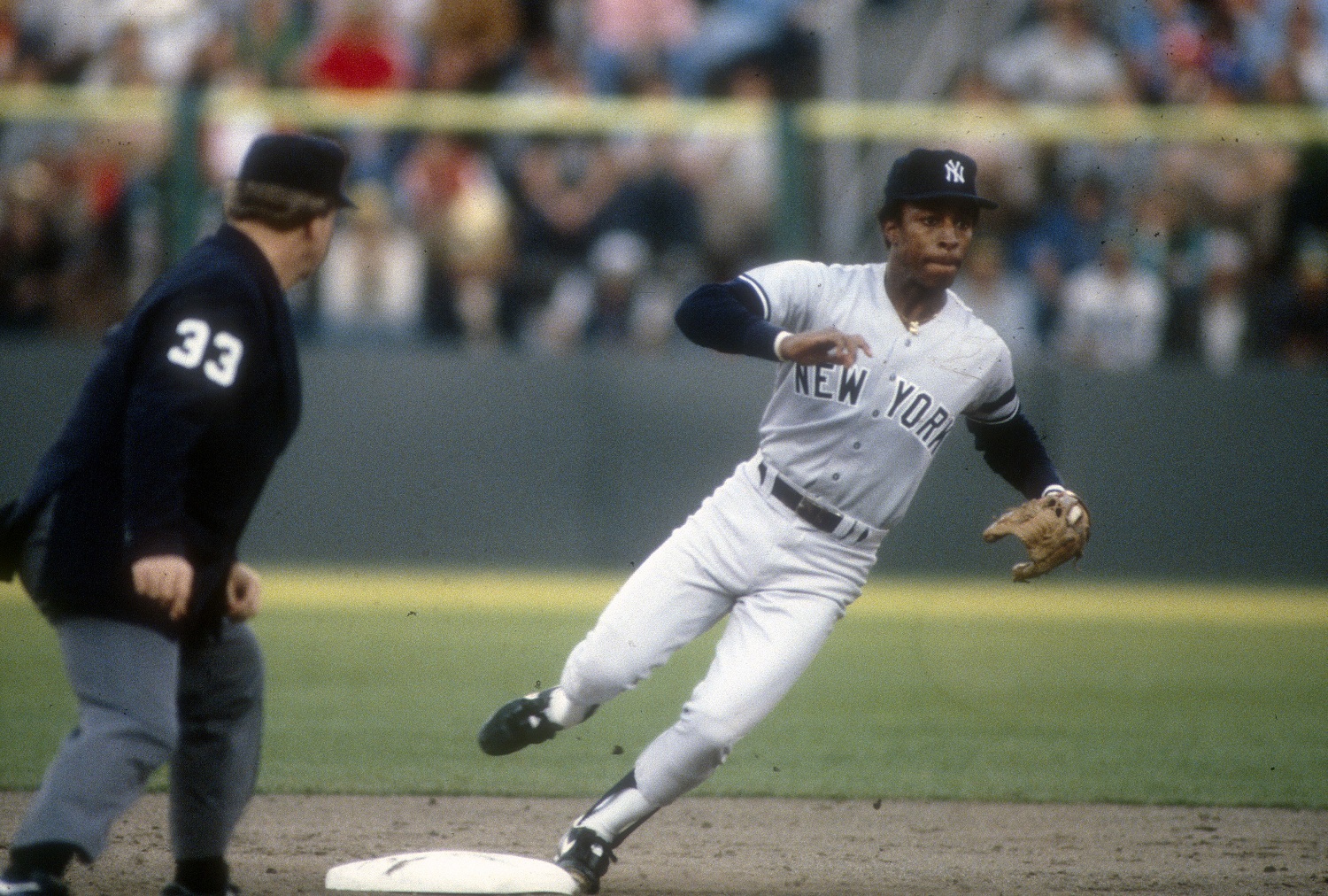