That's the article, in three short sentences, so consider everything that follows a part of the footnotes. It's probably best to revisit that first sentence and set some ground rules. I don't know how many people actually believe that clutch hitting is an indisputable myth these days, actually. If you believe that a human being's physical abilities and mental capabilities can be different under varying circumstances, then you at least allow for the possibility of clutch hitting.

Tony Gwynn passed away Monday at 54. There was only one of him.

What's a myth is the ability to tell the clutch hitters from the regular hitters. Your ability to open up a guy's head and discern that he's better when the pressure is turned up. My ability to tell statistical proof from statistical noise. None of us can do it. We're all just guessing, and most of the time we're using ex post facto reasoning to convince ourselves of something we already believed about a player. Clutch hitting might not be a myth, but that doesn't mean we should pretend to know who is a clutch hitter and who wasn't.

Tony Gwynn was a clutch hitter.

It's the Gwynn Paradox, the Gwynn Exception. When people sat down to write the most strident of anti-clutch sabermetric screeds, Tony Gwynn would pop up on the screen like Clippy.

"It looks like you're writing about clutch hitting. Can I explain it to you?"

The angry stathead would close it out and keep writing. Gwynn would pop up again.

"It looks like you're writing about clutch hitting being a myth. Would you like me to prove you wrong?"

When that screed was published, if there wasn't an explicit "but Tony Gwynn" mention, there was an implied one hanging over the entire article. The basic stats, compiled over a 20-year-career, might be enough to convince the cynic. Gwynn hit .338 for his career; he hit .349 with runners in scoring position. If you're thinking that .11 isn't much of a difference, don't forget that we're talking about batting average. The reason Gwynn is in the Hall of Fame and Mark Grace isn't has to do with about three or four extra hits for every 100 at-bats, 30 or 40 for every 1,000 at-bats. Batting average operates on a scale that should be too hard to see, but it's somehow completely obvious, even to the folks watching every third game. So, yes, the extra hit in every 100 at-bats is significant. 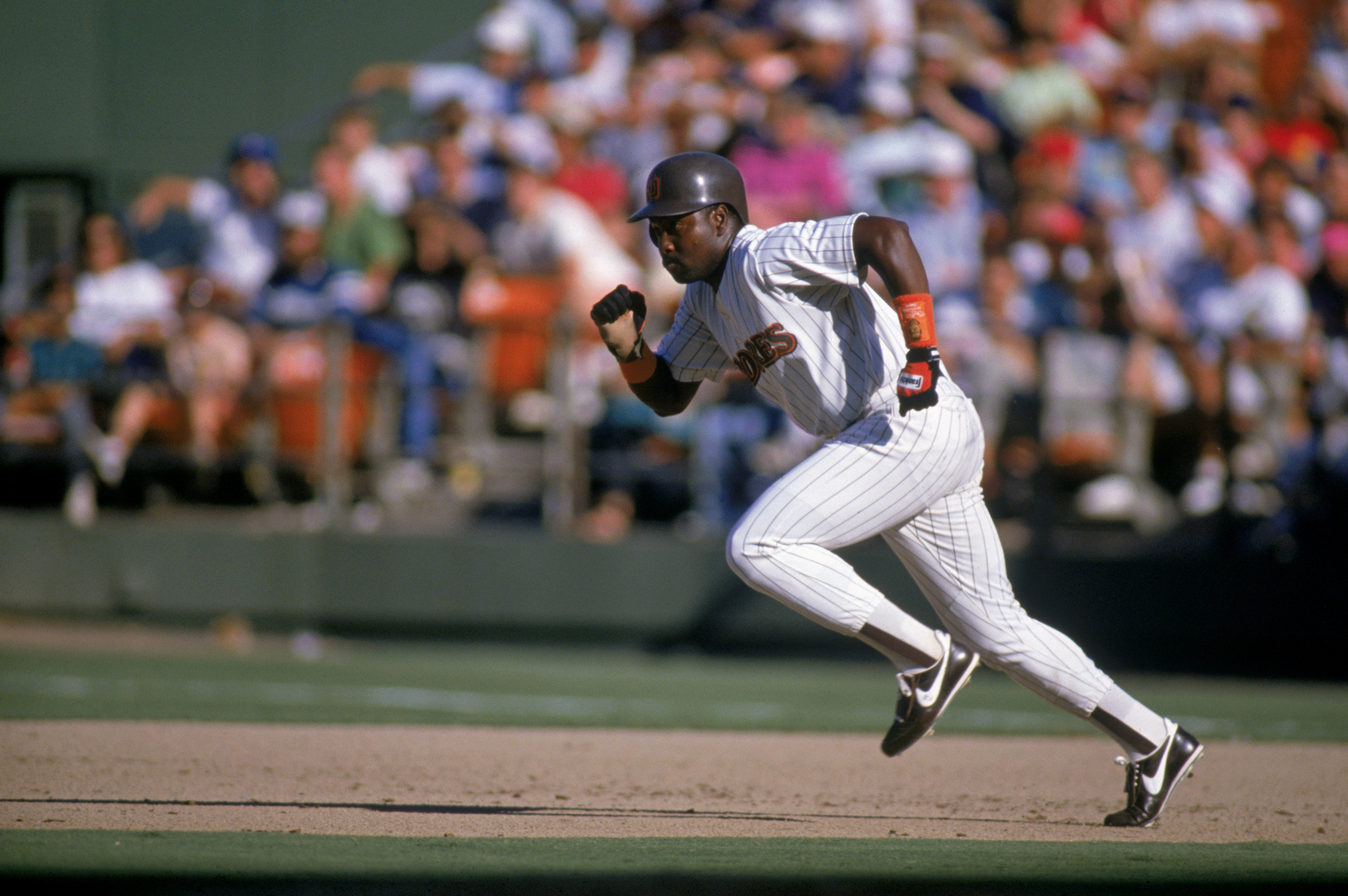 With two outs and runners in scoring position, Gwynn's average fell a couple points -- but that's because pitchers were scared of him. His career OBP with two outs and RISP was .446, and he accumulated more than a fifth of his career walks in those situations.

There's probably more science to this than people usually like to attribute to clutch hitting. The idea of the clutch hitter to the common baseball fan is one of furrowed brows and narrowed focus, measured breathing and still hands. The reality is that Gwynn probably picked up on how pitchers could become predictable in tight situations, or that the difference between a pitcher from the stretch and out of the windup was just enough to give an added advantage to a wizard like Gwynn. Possibly a combination of the two. Probably a combination of the two.

Gwynn passed far, far too soon, especially considering he was still passing his gift along as a coach and as one of the more interesting player-turned-broadcasters in recent history. The best way for a lot of us to remember him is to look at what he did as a hitter, and shake our heads, laughing. How did he do that?

No idea. But while I'll never feel confident enough to call anyone else a clutch hitter again, it's not remotely controversial to do it right now, one last time. Tony Gwynn was one of the greatest hitters ever. Somehow, he was even better when runners were on base, when runners were in scoring position, in the late innings, and in close-and-late situations. We won't see it again, but danged if we weren't lucky to see it while it was going on.