Tony Gwynn's legacy could be end of chewing tobacco in majors

The death of Tony Gwynn highlights the need to finally get tobacco off of the ball field.

Share All sharing options for: Tony Gwynn's legacy could be end of chewing tobacco in majors

There is now a Tony Gwynn-shaped hole in each of our lives. One of the finest hitters in modern history, one of the few that Ted Williams took into his confidence and treated as an equal, passed away Monday morning at the age of 54. He was far, far, far too young and we hadn't even begun to wring all the great stories and wisdom out of him that were presumably in there. Speaking purely out of selfishness, I'm both sad and angry about his loss.

When someone as beloved as Gwynn leaves us too soon, it's natural to ask one of life's great unanswerable questions: "Why?" Gwynn thought he knew why: half a lifetime of chewing tobacco use followed by cancer of his salivary glands. Did all that tobacco use, at one point reportedly two tins a day, specifically cause his cancer? No one can say with absolute certainty, but statistically speaking we know that using dip or snuff can and does cause cancer, and we know that Gwynn used heavily. Gwynn was convinced. "Of course it caused it...I always dipped on my right side." That side, of course, is where the cancer spread from. Correlation doesn't necessarily equal causation, but we would be remiss not to notice a connection.

Tony Gwynn belonged to everyone

Most baseball fans never got to cheer for a team with Tony Gwynn on it. Most of us cheered for him anyway.

Tony Gwynn belonged to everyone

So maybe Gwynn's use didn't cause his cancer, but other players' use is certainly going to lead to cancer for some of them. Smokeless tobacco use has been part of baseball since the mid nineteenth century, and is ingrained into the culture of the game. Tobacco advertising has only been kicked out of the stadiums recently. Gwynn started using in rookie ball as a 21 year old, struggling to fit in with his teammates. The minor leagues have instituted a ban on tobacco use across every level and every league in organized ball, with fines ranging from $100 to $1,000, but it's almost never enforced by coaches, umpires, or league officials. In two years as a clubhouse manager in the New York-Penn League, I saw more than my share of dip, including the wintergreen-flavored Skole that I was made to buy for members of the club's coaching staff. Of course, the Major League BaseballPlayers Association has refused to authorize a similar ban at the major-league level, where it would presumably be policed more heavily.

It's easy to have mixed feelings about a major-league ban on chewing tobacco. It's a foul habit, gross just to look at before you think about what may be happening at the cellular level in someone's mouth. Even then, should have the right to use personal tobacco products that aren't putting other people at risk. Baseball is a small enough sub-population that some of the arguments about tobacco use driving healthcare costs up for the entire nation can be put aside.

That's the rub, though. What constitutes "putting other people at risk?" I don't like to go all Helen Lovejoy on you, but:

Kids can be impressionable, and kids who want to be ballplayers are (at least instinctively) interested in copying their favorite players, whether it's their swing, their motion on the mound, or the way they look and act on the field. As of 2012, the Center for Disease Control's 2012 National Youth Tobacco Survey found that more than 15 percent of high school boys used smokeless tobacco, and that it was a harder habit to kick given that snuff, snus (a pre-packed Swedish form of tobacco), and chew contain higher levels of the levels of nicotine are actually higher than in cigarettes. Personally, I'm okay with trying to keep youngsters from seeing potential role models using highly addictive products that risk their long-term health even if it curtails said role models' ability to exercise their freedom to destroy their health in public.

The Hall of Famer and Padres' lifer had been suffering from cancer.

That's why I hope Major League Baseball and the Players Association are roused by Gwynn's death to take action. In the short term, I don't have a lot of hope. Many MLB players still dip. An informal poll by Pete Abraham this spring found 21 of 58 players in Red Sox camp admitted to using it, but no one really knows what the levels of use are league-wide. It is surely a high enough percentage that there's little chance of instituting a ban in the majors. While many of those same Red Sox Abraham interviewed reported wanting to quit, I'm sure they are understandably nervous about being forced to give it up cold turkey while they're at the ballpark.

At the very least, however, Baseball can strengthen the rules at the minor-league levels and give them actual teeth to keep more players from becoming addicted to tobacco before they hit the majors. They can lean on minor-league coaches and roving instructors not to use as well. If their charges can learn to play without it, presumably fewer players will bring it with them onto the bigger stage, and fewer still will take it up when they are older and less impressionable than Gwynn was back in 1981. That's the only upside I can think of to how little power minor leaguers actually have. the commissioner and the league can effectively put the league on the road to ending tobacco use at the ballpark, and that's a noble legacy for both Gwynn and retiring commissioner Bud Selig to leave the game. 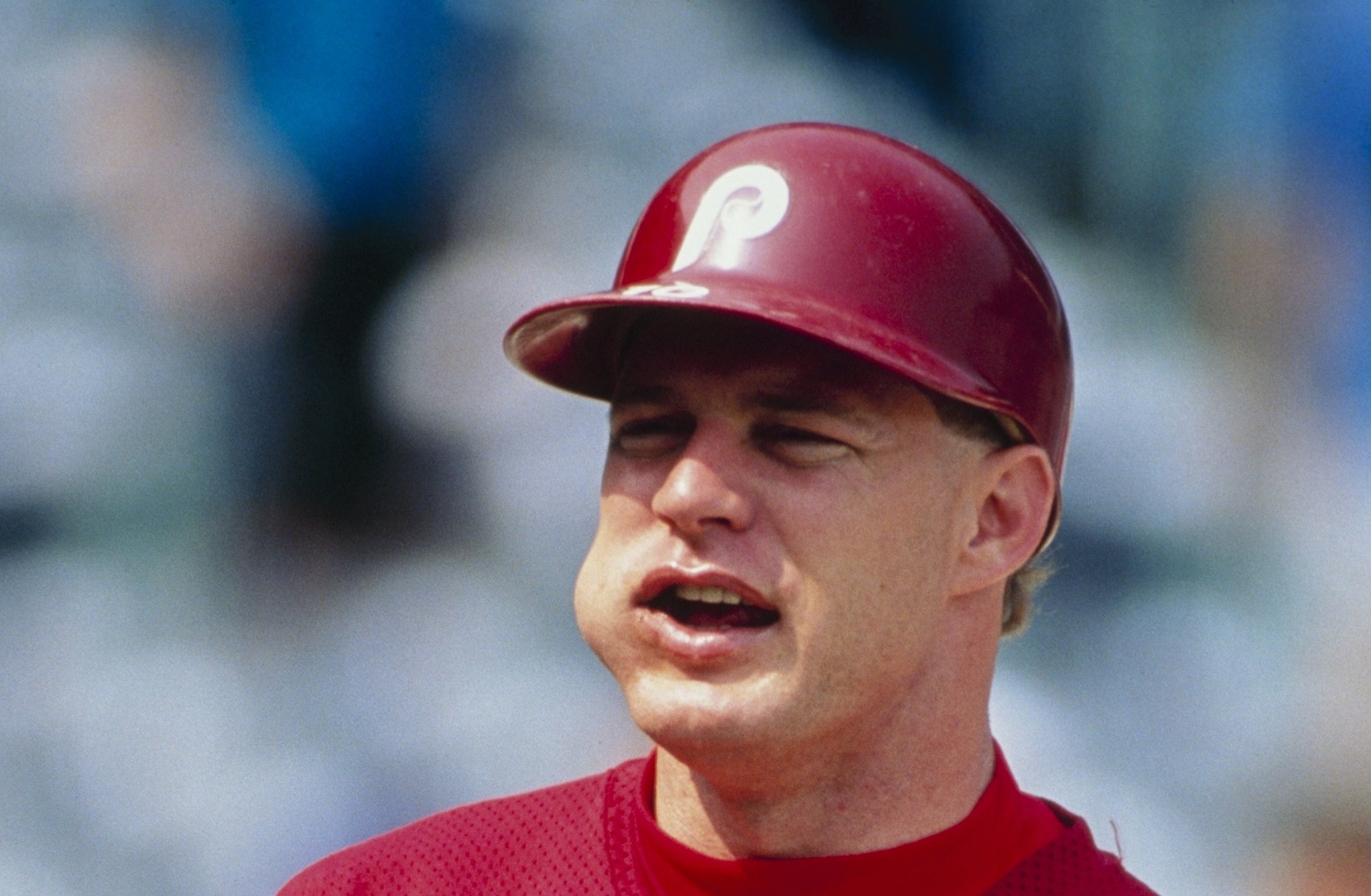