They might not know anything about baseball, but they supposedly know other stuff.

The San Diego Padres fired Josh Byrnes before he really got a chance to put together much of a plan. Injuries and a limited budget played major parts in his disappointing tenure, and given his abrupt exit, the team's current owners -- who did not hire Byrnes -- want to get their own candidate in place.

Former team owner John Moores hired Byrnes in 2010 and elevated him to the office of general manager in 2011. In 2012, he attempted to sell the team to former Diamondbacks CEO Jeff Moorad -- an altogether separate person from John Moores. Slightly confusing, I know.

Anyway, Moores successfully sold the franchise to a group comprised of Padres executive committee member Ron Fowler and Walter O'Malley's grandsons -- O'Malley moved the Brooklyn Dodgers to Los Angeles in 1957 during his ownership of the club that stretched from 1950 to 1979.

Is two-plus years enough to evaluate a GM who was in charge of a rebuilding/reloading project? No, but these moves sure didn't help Josh Byrnes out.

Fowler is currently the executive chairman of the ownership group running the Padres. He's a beer magnate, serving as the CEO of Liquid Investments Inc., a company that distributes Coors, Miller, and Heineken and grosses more than $220 million a year.

So, if Fowler wants to take this team in a new direction and he'd like to do so in a groundbreaking manner, he might consider one of these non-baseball/non-front office-types to take over as the next general manager of the Padres. 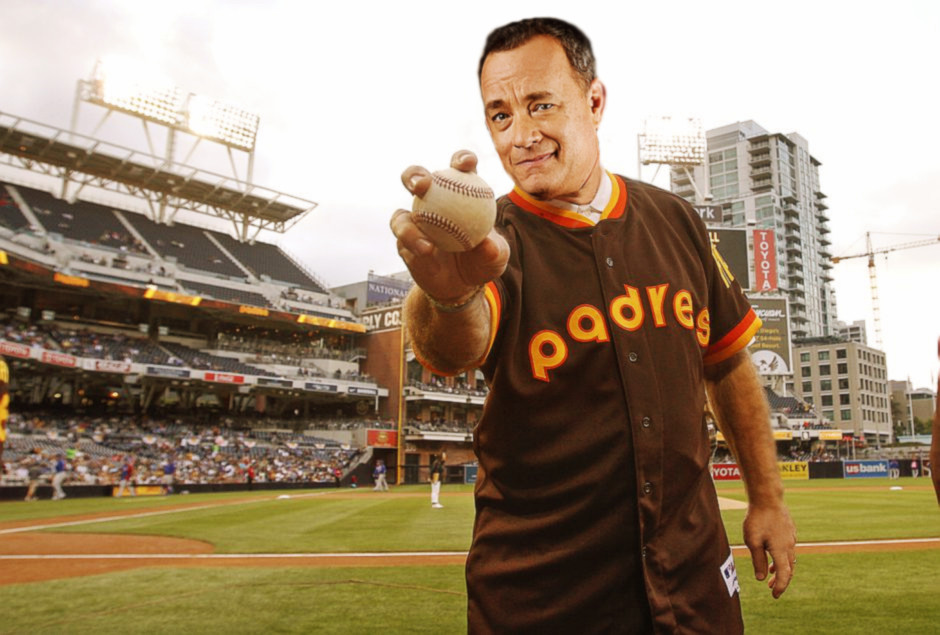 Beyond his portrayal of Jimmie Foxx (Jimmy Dugan) in A League of Their Own, Tom Hanks has no baseball experience, but the Padres wouldn't be hiring him for his expertise in this scenario. Instead, Hanks would function as a figurehead for the organization. Not many people hate Tom Hanks. In fact, he's probably one of the most beloved people in the country.

If bad news is coming from Josh Baskin, how bad could it really be? 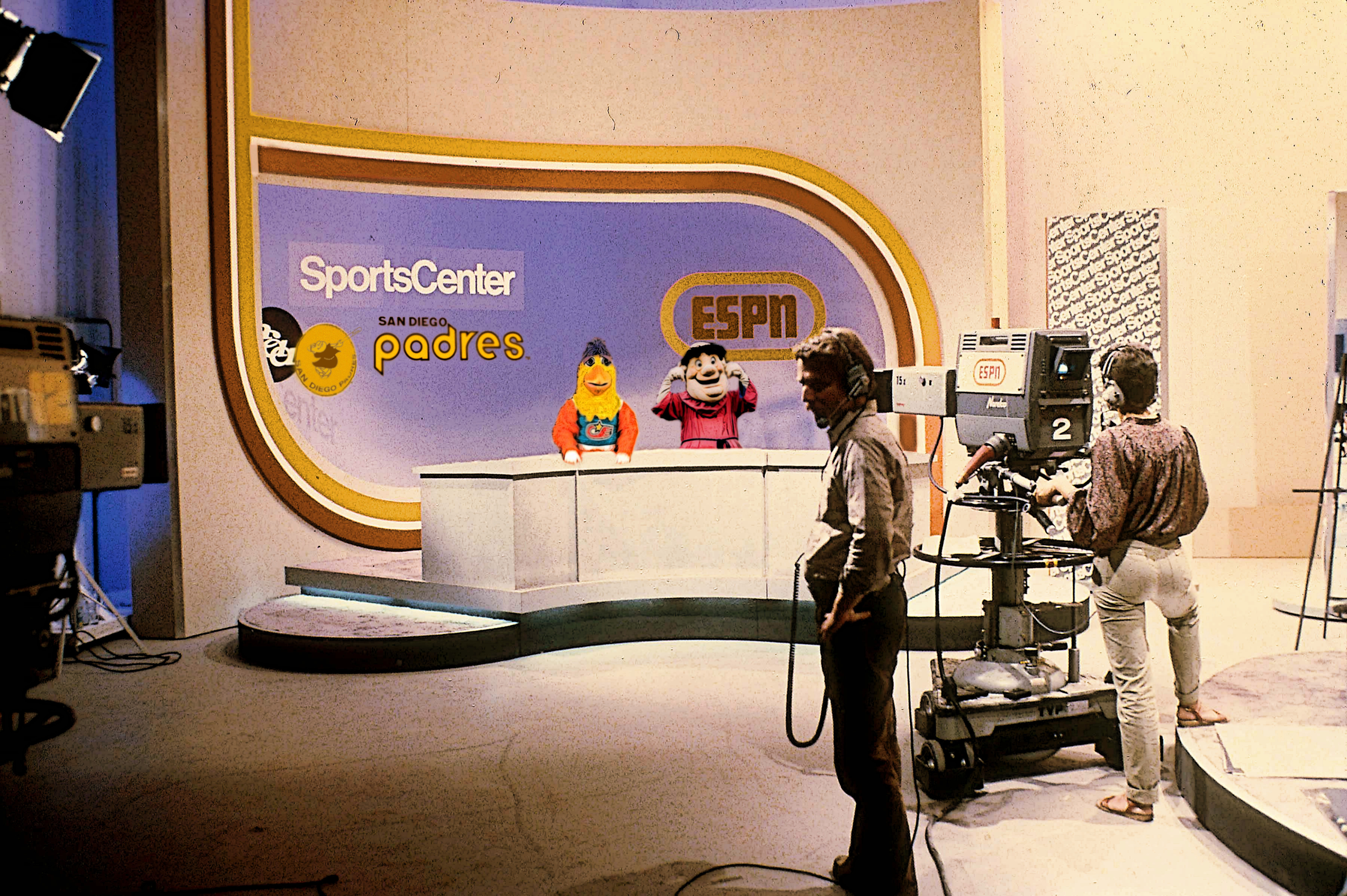 Like, the whole network. First of all, they know how to dominate. Secondly, they have an entire staff of former baseball executives, "insiders", and ex-players in place. It'd be incredibly easy for them to lure talent in free agency. All they would have to do is say, "Look, Max! Every single one of your strikeouts gets its own episode of Sportscenter!"

Seriously though, forget about all the silly anchors and the manufactured polemics on their gimmicky shows. ESPN currently has former Executive of the Year Jim Bowden (1999) on the payroll. In his time GMing the Reds and Expos/Nationals, Bowden drafted players like Joey Votto, Adam Dunn, Ryan Zimmerman, Jordan Zimmermann, and Derek Norris, and traded for guys like Ken Griffey, Jr. and Kevin Mitchell.

They also have Keith Law -- who could probably put together a pretty solid scouting department -- and Nate Silver -- the Five Thirty Eight guy that used to write for Baseball Prospectus and has predicted more presidents than your average GM. 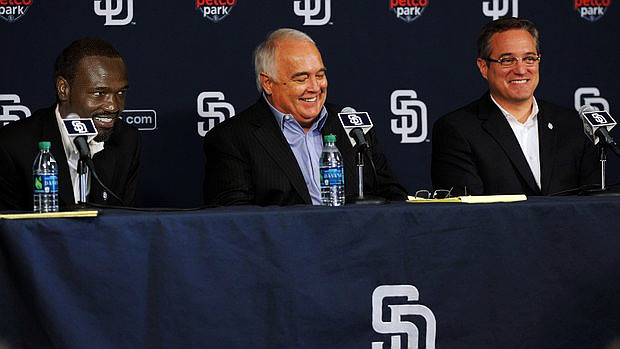 Harold would definitely fire Bud Black and hire Dusty Baker or Charlie Manuel immediately. He'd probably ignore on-base percentage and advanced metrics altogether and end up with 25 Brandon Phillipses on his major league roster. If it was 1981, Reynolds approach to the game would probably be rewarded with a manager's position or a first base coaching job at the very least, but in 2014, his painfully antiquated understanding of the game leaves most people wondering how in the exact hell he ended up talking about baseball on national television. 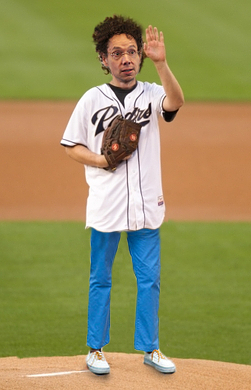 Gladwell is a successful person. That point really can't be argued, but if he were to be placed into a position in which he was expected to produce actual results rather than theorizing about the way things would be, things might get ugly in San Diego. If you've ever read one of his books, you might have walked away crackling with electric inspiration, and perhaps Ron Fowler and the board of directors would sit in stunned silence after his interview.

His plan might look great on paper and he might even have a slide show at the ready with World Series merchandising mock-ups and everything, but unless Malcolm Gladwell is simultaneously named the GM of every team in baseball, he's going to have to deal with some people that don't share his outlook. That could end with the Padres consistently finishing at the bottom of the standings, perpetually sporting a roster full of hope-inspiring prospects that rarely ever make significant impacts in the majors ... wait, didn't they just fire him? 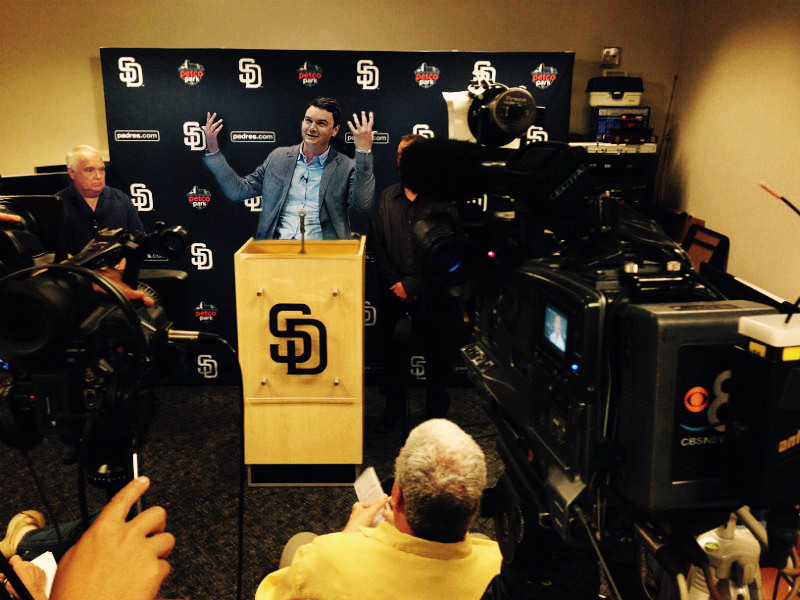 Hear me out on this one. There are only two possible outcomes for this scenario. Either Piketty is actually some kind of sorcerer and he's able to successfully apply his controversial economic theories to one of the most capitalistically saturated markets on the planet ... or his head literally explodes when he sees Clayton Kershaw's contract next to the league minimum. Either way, the Piketty problem will be settled once and for all. 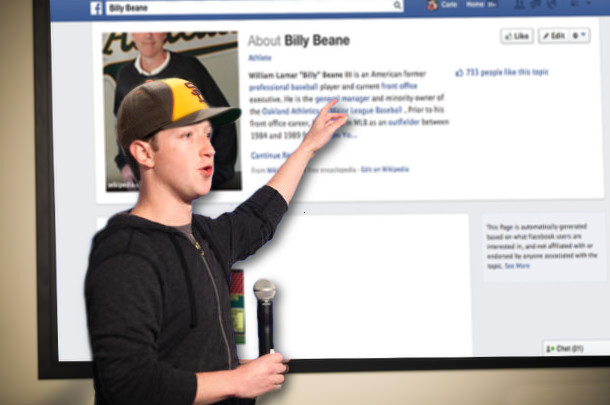 Zuckerberg turned his idea -- which was basically Harvard MySpace -- into $25 billion. To be fair, he probably did a lot of really difficult, innovative work to get where he is, but since I don't understand any of that stuff, it kind of just looks like he took a successful thing and made it way, way more successful.

If the Padres want to make a bold move, they could ask Zuckerberg to take a successful small-market approach -- like Billy Beane's in Oakland or Andrew Friedman's in Tampa Bay -- and Facebook the shit out of it. Of course, Zuckerberg is a multi-billionaire, so it might be hard to convince him to take the general manager's job when he could just buy the entire franchise with what's rattling around in his checking account. 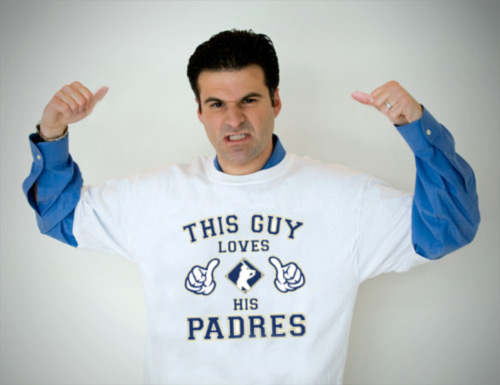 The #Padres #brand would never be stronger.