You can call a player whatever you want, but the more substitutions you make the further from "All-Star" you get -- like a classic rock reunion tour notably missing a band's key members.

Share All sharing options for: The MLB All-Star Game is watered-down fun

There is a problem of authenticity. Somewhere in the early 1990s I got into an argument that nearly ended a longtime friendship. "Arthur" reported he had just been to one of the best concerts he had ever seen, a show by the longtime top-40 jazz-rock/power-ballad band Chicago.

I've never been a Chicago fan. They are not the inspiration, I am sorry. I don't want to spend "Saturday in the park," and "25 or 6 to 4" is not a score in any sport that I am aware of, though I will concede that they asked the right question when they sang, "Does anybody really know what time it is? Does anybody really care?" because I don't care. I'm late for every appointment and I like it that way. Tastes vary and if you groove to the sounds of the former Chicago Transit Authority, I cannot fault you, but then, that's not really what this is about.

I asked Arthur if lead singer Peter Cetera had been there. He said no. I then asked him if he was aware of any members of the band's original seven- or eight- or 13.7-member lineup had been present. He was not. Even a simple majority? I asked. He could not say. "Ah," I replied, "then perhaps you did not see Chicago. Perhaps you saw a Chicago cover band." Arthur was disgruntled, but given he could not identify any of the players he had seen on stage that night, it might have been true. He just didn't know.

The All-Star Game is like that. Ever since the 2002 tie when the managers ran out of players, the rosters have become bloated and watered down. This has been exacerbated by the tendency to cram the teams with setup relievers, so we're not seeing the best pitchers in the majors, but a handful of the best starters, several closers, and some of the best middle relievers, some of whom may actually be good enough to make an All-Star team -- if "designated hitter" is a legitimate position, and it is, then so is "middle reliever" -- but these aren't exactly the guys we tune in to see. You can appreciate Jesse Crain, Ryan Cook, Aaron Crow, Jonny Venters, Tony Watson, Tyler Clippard, Dellin Betances, or Pat Neshek, just to name a handful of these guys from the last few years, and I'm certain that all of us do to varying extents, but largely these are not the guys we buy tickets to see.

More than any other player, relief pitchers are vulnerable to having their statistics distorted by the small-sample nature of what they do. It's easy to be happy for Neshek, as sidearming relievers don't get a whole lot of respect, but is he really a 0.70-ERA pitcher? Is he going to sustain a .172 batting average on balls in play the rest of the way? Very likely not. He's a good pitcher, but no one is this good, not for this long. One of the controversies that annually attends the Game selections is, is the game meant to salute the best players or capture a transient period of hot play? The more obvious cases of the latter, the more likely the quality of the game itself is to be degraded.

That is not to say that it isn't degraded annually degraded by the substitution policy anyway. By the late innings, the Game has the quality of a late-inning spring training game, except the replacements are millionaires.  It is also not to say that it isn't moving to see that smile on a player's face when he, as with Neshek above or the journeyman catcher Greg Olson, a 29-year-old rookie in 1990, makes the team for the first and most probably only time.

Frank Thomas knows what it's like to be snubbed

Put the by-acclamation stars in one bucket, the guys who are crammed onto the roster for perceived tactical or no-ties-allowed reasons, and add in the injury substitutes and there's a real risk of getting away from the concept of stars altogether. Fully two-thirds of last year's National League starters are presently on the disabled list (Brandon Phillips, Carlos Beltran, Joey Votto, Yadier Molina, Michael Cuddyer, and Matt Harvey). AL players from 2013 too damaged to make a run at the All-Star team, or who made it but were subsequently replaced, include Edwin Encarnacion, Prince Fielder, Justin Masterson, Alex Gordon,and Matt Moore. NL pitchers from that squad on the shelf include Patrick Corbin, Jose Fernandez, and Cliff Lee. That it's been a bad year for injuries is obvious, but substitutions will take an already diminished talent level and lower it.

This year's starting lineups are generally sincere, but given the aforementioned rapid substitutions, it's very easy to get to the point that you approach the Chicago problem, the point where you might not be seeing what you thought you signed up for. The All-Star Game/Chicago problem resembles a philosophical question known as the Theseus Paradox. The ancient Greeks had a hero named Theseus, who went on some adventures on his wooden ship, the U.S.S. Enterprise. The Greeks, wanting to memorialize a guy who was to them what David Ortiz is to Boston ("This is our !#$%^ Greece," Theseus was known to say), preserved his boat in whatever passed for a museum 3,000 years ago. So far so good: major tourist attraction in ancient Thebes or wherever they put the thing. The George Lucas/Star Wars museum is going to be in Chicago (the city, not the band), so it really could have been anywhere.

It was at that point that the Greeks noticed that wood tends to rot, especially wood that's been in water. In order to preserve their historic ship, as each plank of the ship decayed they would replace it with a fresh plank. Over time, they eventually replaced the entire thing. Question: If you had walked into the Theseus Museum at that point, would you have been looking at Theseus's actual Enterprise, or a highly accurate replica?

I don't know the answer either, but I do know that it often makes for boring baseball after the fifth inning or so, that the larger an All-Star Game roster is the more watered-down the concept of an All-Star becomes, and that, as Brad Bird observed in "The Incredibles," in a possibly Ayn Rand-inspired thought that I would like to disown in all other contexts, "When everyone's super, no one will be." 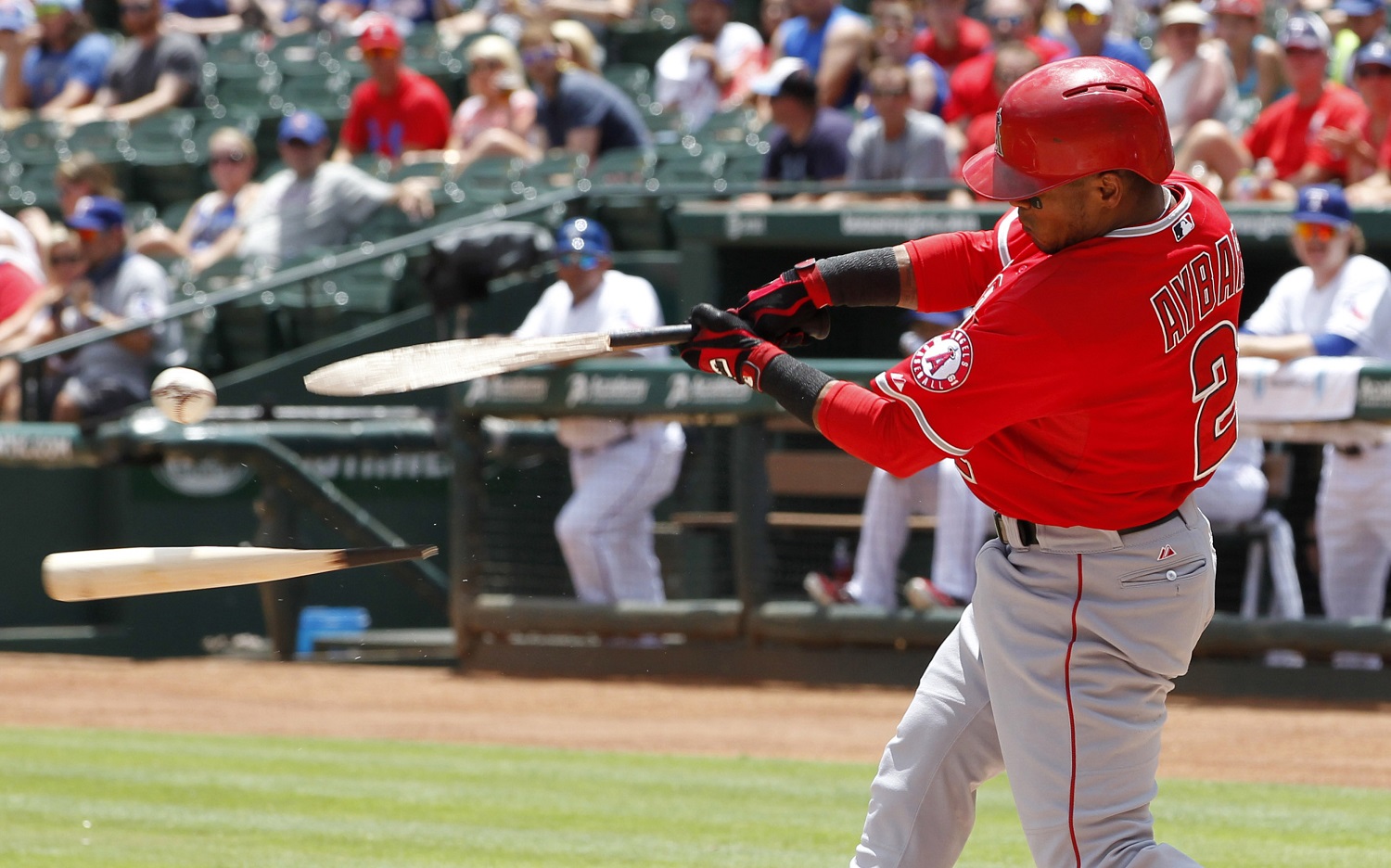 Putting that aside, and putting aside the pernicious "this time it counts" idea that means that this year's postseason home-field advantage will in fact likely be decided by Erick Aybar facing off against Tyson Ross, the All-Star Game really isn't about outcomes but individual pitcher-batter moments: Reggie Jackson clocking one over the roof at old Tiger Stadium. Fred Lynn's grand slam. Bo Jackson leading off the game with a home run. Cal Ripken, Jr's defensive encore at shortstop (remember when Alex Rodriguez wasn't evil?) and home run in the same game.

Given the All-Star Game's largely redundant, gratuitous existence in the days of national broadcasts and interleague play, the most those who bring us the game can do is try to slant the odds to allow for more of those moments. That means fewer All-Stars, not more, fewer substitutions, not more. You can't do much about injury substitutions, but you can have the players play as real representatives of their leagues -- only the best, for as much of the game as possible. 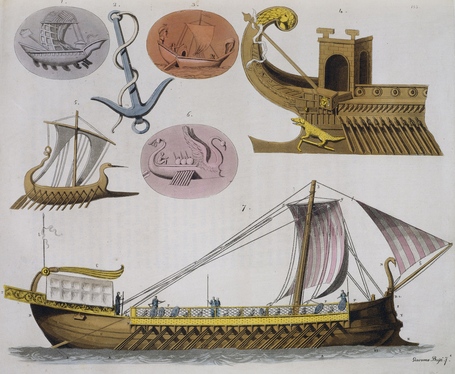 These are hardly new ideas, and they almost certainly wouldn't fly with the teams themselves -- if Felix Hernandez were allowed to go seven innings on Tuesday night, Jack Zduriencik would put out a hit on John Farrell and set fire to his own ballpark. Going back at least to Dizzy Dean in the 1937 All-Star Game, players have either been hurt during or in close enough proximity to the Game to allow for correlation/causation reasoning to be applied that actually playing the players is not something anyone wants. It's another paradox of the game that suggests that it shouldn't be played at all.

I'm still looking forward to this evening's ballgame, still hopeful that we'll see another of those moments you can carry with you forever. Perhaps it will come via Derek Jeter's last appearance in the Game. The deeper the managers dig, though, the less likely it gets. In an age in which there is so much to command even the hardcore baseball fan's attention,  turning the All-Star game back into a game is both imperative and impossible. Given that, we'll just have to hope that something special happens anyway.

Come to think of it, that almost describes every baseball game -- chances are, you'll see your typical 5-3 game, but if you get the day right you might see something you've never seen before. Of course, those teams play their starters all the way through and -- well, we can quit there, less we follow this circle around again. Let's just leave it at this: It's all better than paying top ticket prices for a front-row seat at a rock show featuring a band that's only connection to its name is that the drummer played on two tracks on its 17th album. As Chicago sang, "Spinning room is sinking deep, searching for something to say."

No, I don't know what it means either, but then, I never cared to find out. Still, the All-Star Game is kind of like that.