The 2014 MLB All-Star Game rosters, as told through charts

Share All sharing options for: The 2014 MLB All-Star Game rosters, as told through charts

There are 750 players on a 25-man roster at any given time.There are 79 players who have been named to an All-Star roster this year. You sabermetric types might have figured out this means over 10 percent of players on a major league roster are All-Stars. That's a lot of All-Stars, yet it's still possible to complain about players who were left off. All-Star debates are the best, worst debates.

Where do these players come from? How many of them are homegrown? How much do they make? How old are they? How experienced are they? It's time to answer most of these questions before the 2014 MLB All-Star Game.

Where players come from

Their mothers, stupid. But if you're asking where they come from in a baseball context, that's a good question. Here's the breakdown of how All-Stars turned from amateurs into professionals:

The draftees take it by almost two-to-one (52:27) over the international players. You might be surprised at this, except that's almost the exact ratio of the entire big leagues. So this is totally expected. I don't know why I led with the least entertaining factlet. Pretend this never happened.

There are 22 Cuban-born players in the majors this season, and just under a quarter (five) of them were named to a roster. Canada had a representative at the Home Run Derby (Justin Morneau), but they were shut out of the All-Star Game. This was also the case with Jamaica (Justin Masterson, hurt, bad) and Germany (Edwin Jackson, bad). 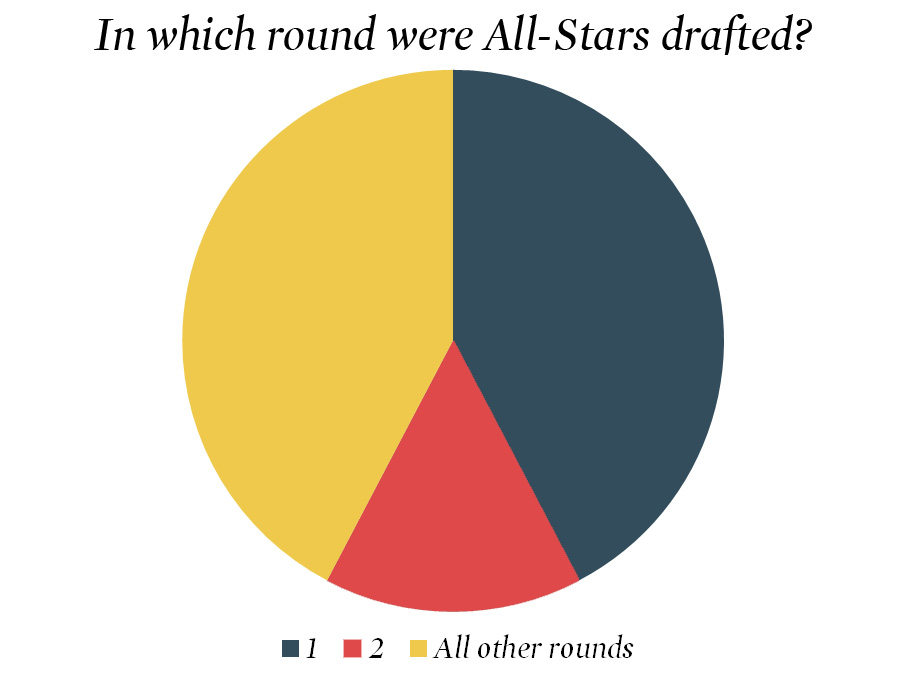 Drafting and signing international players are about as important as you might have guessed, considering the majority of All-Stars are with their original organization: 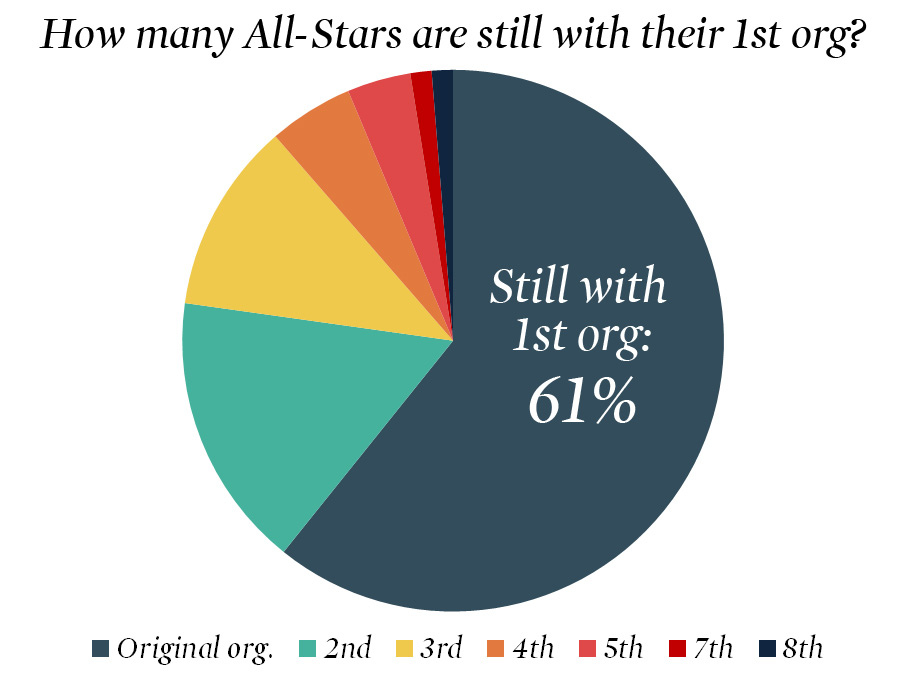 The most-traveled player on a roster is Alfredo Simon, who has been with the Phillies, Giants, Rangers, Orioles, Phillies again, Rangers again, Dodgers, Orioles, and Reds. The most-traveled player without repeating an organization was Jose Bautista, who was sold by the Rays two days before he was traded for Justin Huber, which was hours before he was traded for Jeff Keppinger.

The age of All-Stars

It's not a perfect bell curve, but it's close until you get to the old freaks at the end. The ages range from Mike Trout to Derek Jeter, with the former being born when the latter was doing this:

Derek Jeter had just the classiest way of explaining how to use DOS, you should have seen it. Also of note: Mike Trout is still the youngest All-Star, even though this is his third appearance.

Here's how many appearances each All-Star has made:

And if you're looking for the most common All-Star season, the answer is "fourth", with four-year veterans having a plurality in Minnesota this year:

Derek Jeter is the outlier again, with a pair of third basemen (Adrian Beltre and Aramis Ramirez) runners up.

How much All-Stars are paid

A lot more after they make the team, generally.

The most expensive player on either All-Star roster? Zack Greinke, who is making $26 million this year (and can opt out after next year, too!) My favorite factlet of the bunch is that Greinke is making more this season than the following 23 All-Stars combined:

This is probably a good place to remind everyone that Miguel Cabrera will make $32 million in 2023. The full list of All-Star salary distribution:

There you have it. A little data mining, some gussied-up charts (courtesy of Justin Bopp), and hopefully a few interesting tidbits. Enjoy the All-Star Game! Try, at least. 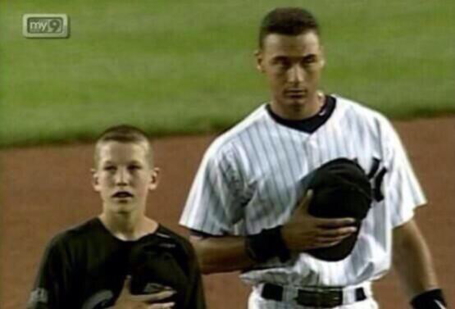 Todd Frazier. Shown here with Derek Jeter because time is a flat circle.