2014 MLB All-Star Game: All-Stars try to stay focused despite risk of 'getting Samardzija'd'

All-Stars like David Price, Huston Street, Chase Utley and Giancarlo Stanton discuss how they react to the rumor mill and

Share All sharing options for: 2014 MLB All-Star Game: All-Stars try to stay focused despite risk of 'getting Samardzija'd'

MINNEAPOLIS -- For players, the All-Star festivities always serve as a needed break from the day-to-day grind of playing in the majors, but the rumor mill also swirls faster than usual with the entire league gathering in one central location. With the non-waiver trade deadline less than three weeks away, many All-Stars find themselves an unwilling island in a constant stream of transaction-oriented innuendo.

While some players actively read about themselves and try to figure out where they'll be for the rest of the season, the majority of the All-Star trade candidates try to avoid distraction. Chief among them is Rays' left-hander David Price, who is the most-coveted starter on the trade market and will likely be dealt before the end of the month.

"I don’t read [the rumors], so I’m not really paying attention to them," Price said on Monday. "I kind of know what comes out. Every day when I wake up in the morning, a different fanbase is saying ‘come over here, you’ll look good in red, or you’ll look good in whatever color’, so I kind of get an idea of what’s being written. It doesn’t do me any good to read [the rumors], so you guys [the media] know as much as I do."

Price noted that he also receives tweets and messages from Rays fans showing their appreciation for what he has accomplished in Tampa, and that he would stay with the organization in a perfect world.

Lineups and starters all set

Find out who's taking the mound and who they'll be facing for Tuesday's All-Star Game at Target Field.

The rosters as told by graphs & charts

"Coming up in our organization, I’ve seen it happen before with a couple of guys," Price said. "[James] Shields went through it, [Matt] Garza went through it, [Jason] Bartlett, Delmon [Young]. We’ve had quite a few guys at this point in the season be a part of the trade rumors. Watching how they handled themselves, I can’t let it affect me. If it affects me, then it affects my teammates. And that’s not good. I don’t want anyone out there thinking that if we don’t win today, there’s a chance I’ll be traded. They shouldn’t be going out and trying to do more on the field then they’re doing right now, which might be enough... This is the way [the Rays] operate. Obviously, I would love to stay there and for us to continue to be successful, but I don’t know if that’s a possibility."

Marlins' slugger Giancarlo Stanton agrees with Price about ignoring the rumor mill, despite his almost constant inclusion in hypothesized deals.

"It’s pretty simple, just don’t read rumors," Stanton said. "Anything important is going to come from your inside circle, and you’ll know when it’s legit. When you’re in the arbitration system and don’t have a [long-term] deal, there are going to be those kinds of talks, always. There’s nothing I can do about it at the moment, so I’m just going to go and play and worry about those things when they come up."

Phillies' second baseman Chase Utley is one of many veterans to be rumored to be on the market in Philadelphia, but has seen his name on the rumor mill a few times in the past. He hasn't talked much to teammates like Jimmy Rollins or Marlon Byrd about their inclusion in rumors. "You try to block it out," Utley said. "We’ve gone through this the last couple of years so it’s not totally new. We have some veteran guys in our clubhouse that I don’t think [the rumors] will affect too much. If your guys were younger, it might affect us a little bit more, but that’s just the nature of the beast."

Padres' closer Huston Street is likely to be dealt by the end of the month, with the Angels and Pirates reportedly among the teams interested in adding him to their bullpens. Street has a different viewpoint than his fellow All-Stars, and tries to prepare himself for the possibility of being traded by keeping in close contact with the Padres' front office. "My mindset is that you have to just keep your head up and listen," Street said. "Logistically speaking, I’ve got to move an entire family- my kids, my wife, the whole thing. 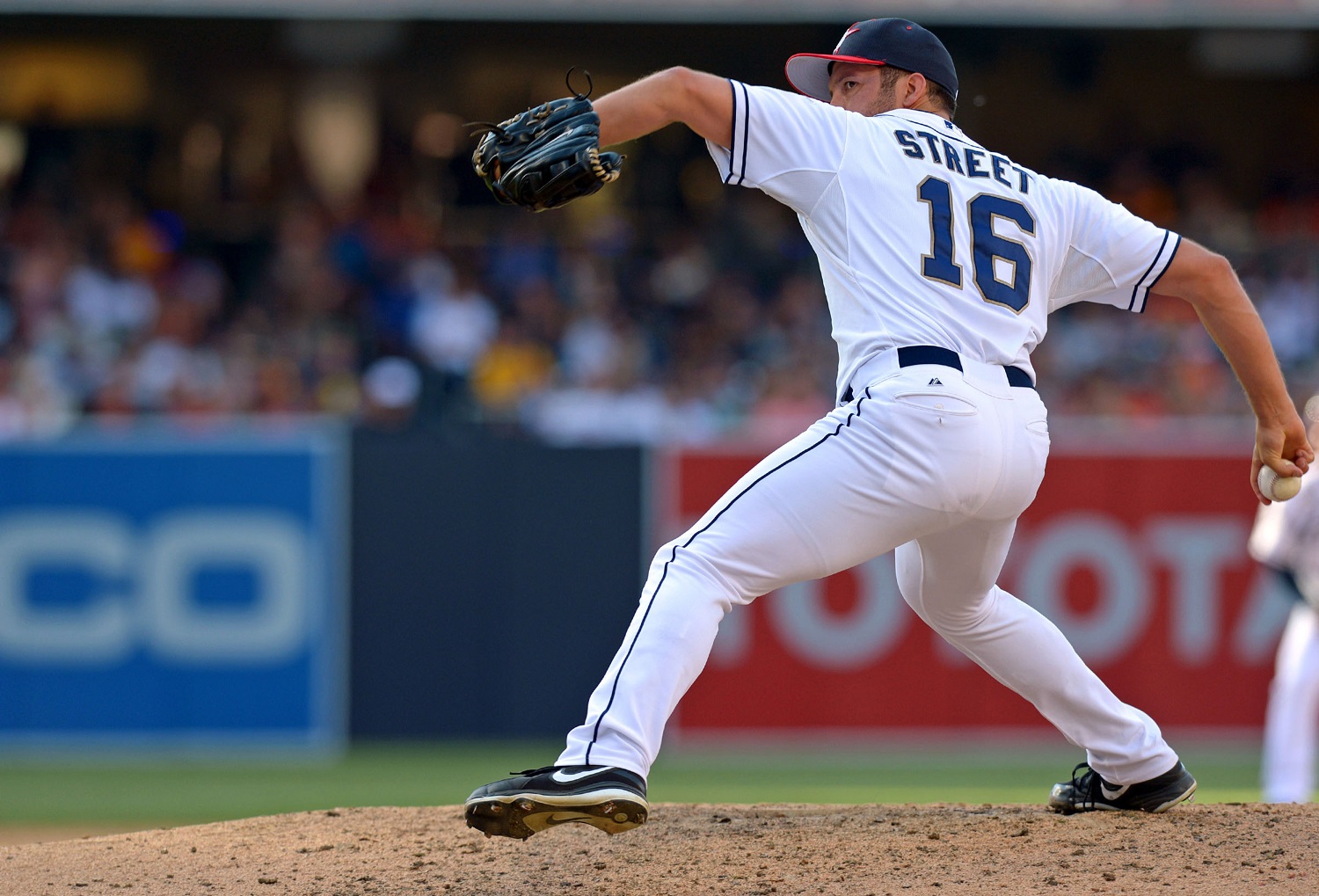 "The Padres have been extremely honest with me about their ideas, their positioning in the market, and [options] A, B, C, D, and all the way through the alphabet. That as a player you respect, because you’re not really trying to dictate terms. I don’t have a no-trade clause so I can’t dictate terms. I think the Padres have been very upfront and forthright with me with as much information as they can tell me. Frankly, I respect the heck out of it. I’m not going to complain one way or another, that’s not my role. At this point, for me personally, I have to be open to understanding. As long as they give me some sort of understanding, I have something to work with."

Street said that he expected trades to be made involving the Padres' roster, but that he doesn't expect a full fire sale. He realizes that there is a strong possibility that the Padres bullpen will look much different in the near future.

"They’ve got myself and [Joaquin] Benoit down there, that’s two pretty valuable trade chips," Street said. "The organization is in transition, so I would say that I probably do expect one of us to get traded. Maybe not necessarily both of us. One or the other probably, but it’s baseball. You can be surprised at any point. We’re both signed up for next year, so that does lend itself to the possibility."

Street mentioned how he read a report about the Angels' interest in him on Monday, and told his wife that he thought he was going to "get Samardzija'd" (getting traded to the American League after being named to the National League All-Star team). Street gets to avoid any inconvenience in Minneapolis for now -- he's still a Padre with just hours to go before the big game. 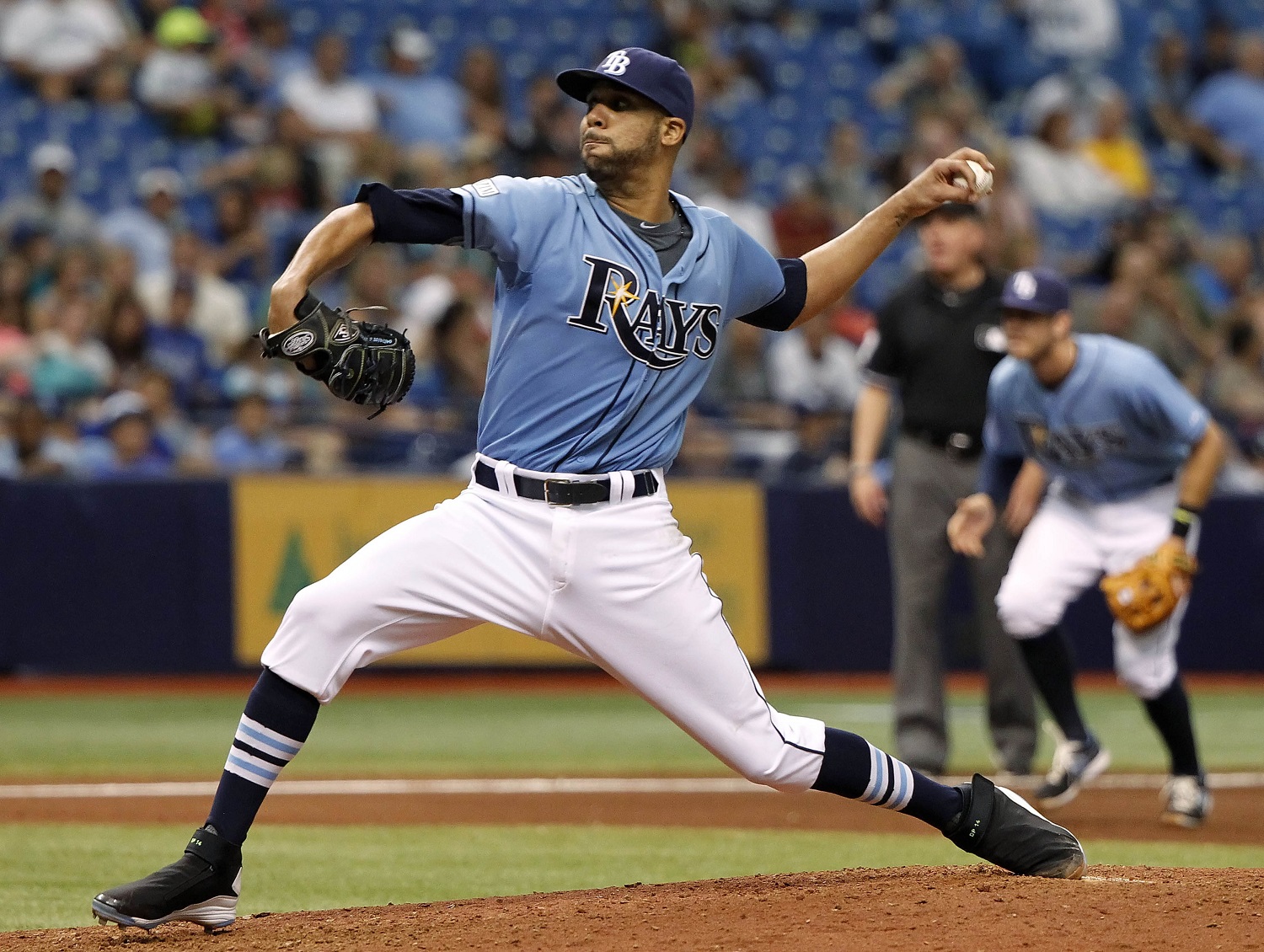 Samardzija, who will not pitch in the game but will be honored as a National League All-Star after a great start to the season with the Cubs, was the most talked-about player in trade rumors before the blockbuster that sent him and teammate Jason Hammel to the Athletics in exchange for prospects Addison Russell, Billy McKinney and Dan Straily, as well as a player to be named later. He said he was surprised that Oakland was his ultimate destination, cautioning that the rumor mill sometimes misleads more than it informs.

Because of his firsthand experience going through the rumor-and-trade process, Samardzija offered advice for the other All-Stars in the room who were considered trade candidates. "Just do your job, and don’t pay attention to it," Samardzija said. "If it’s in print media or online, it’s probably wrong. It’s usually just a flare thrown out there to take the attention off of someone else who is really looking at you or really close to acquiring you. Just keep your head on straight, just keep hitting or keep pitching. When it happens, it will happen fast, so there’s really no reason to fret about it."