The Braves made a bad decision that was first-guessed at the time, but no one could have anticipated just how thoroughly Uggla would fall apart.

The word "era" is overused when a team and player part ways, but let's go there for Dan Uggla, who was unconditionally released by the Atlanta Braves on Friday, five days after being suspended for one game for initially undisclosed reasons (later reported as having arrived at the ballpark just 30 minutes before game time) and almost two months after losing his job to rookie second baseman Tommy LaStella. Uggla's has been such an unusual career that even though he spent not quite four seasons as the Braves' starting second baseman, let's form a massive choral group and shout it from the rooftops: The Dan Uggla Era is over.

And much rejoicing was heard in Georgia.

Uggla was hitting .162/.241/.231 (for a 33 OPS+) at the time of his release. That followed his hitting .179/.309/.362 in 2013, a never-ending slump that midseason LASIK surgery was supposed to cure, but didn't. He did hit 22 home runs, but made so little contact the rest of the time that the season, when combined with Uggla's always-weak defense, was still a major obstacle for the Braves to overcome on their way to winning the division title. That they did in spite of Uggla's season was something of a small miracle. Put the two seasons together, and you have a combined line of .175/.295/.332 in 184 games. Maybe Darwin Barney can get away with that, but (A) Barney is a deserved Gold Glove winner, whereas Uggla's glove is made of an innovative lead-marshmallow alloy, and (B) Barney has outhit Uggla this season.

The sides have agreed on a six-player deal that will send three top prospects to San Diego.

Barney is hitting only .225/.261/.315, and the Cubs might very well replace him with Arismendy Alcantara at some point in spite of how good his glove is, so that gives you an idea of just how bad Uggla has been. His replacement, La Stella, has hit only .292/.371/.357 so far without a home run. His minor league record suggests there won't be many, but if this is all he does -- hits for a representative average, gets on base at a good rate, is even moderately successful at defense -- he will not only be beloved where Uggla was a source of ongoing frustration, but a possible four-game swing in the standings just by being above replacement level where Uggla was well below.

Though only 34 and therefore seemingly too young to have just lost it completely, he was always an odd duck, a slow, free-swinging middle infielder who hit like a 30-year-old catcher or left fielder. Picked by the Diamondbacks in the 11th round of the 2001 amateur draft, the D-backs allowed him to take a slow, desultory trip through the minor leagues, not advancing him above High-A until the fourth year of his career. He was already 25 when he hit .297/.378/.502 in the Double-A Southern League in 2005. The Diamondbacks were so excited they went out and traded Troy Glaus for Orlando Hudson and failed to add Uggla to the 40-man roster that winter.

You know how the Marlins are; they'll take anybody as long as they're cheap. They dealt away longtime second baseman Luis Castillo that winter, selected Uggla in the Rule 5 draft and made him their starting second baseman. It was one of the best Rule 5 picks ever. Heading into the season, Baseball America opined, "It's unlikely he'll be more than a utility player." We all get a few wrong, and this was a one of them. Uggla hit .282/.339/.480, popped 27 home runs, made the All-Star team, and finished third in the Rookie of the Year balloting.

Uggla always hit with the Marlins, but... 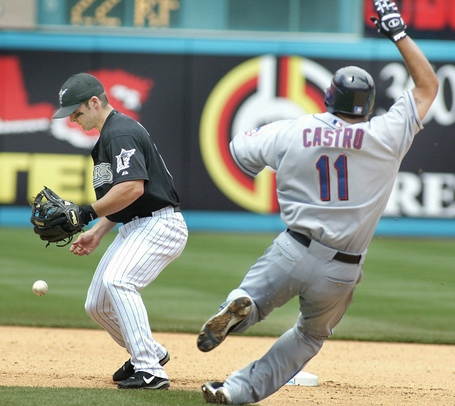 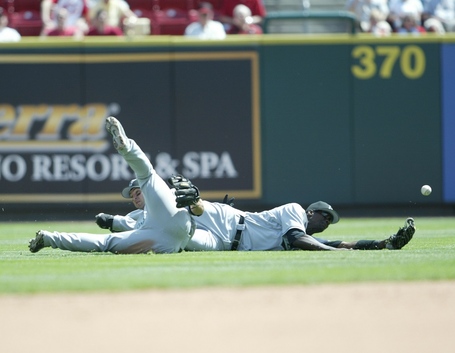 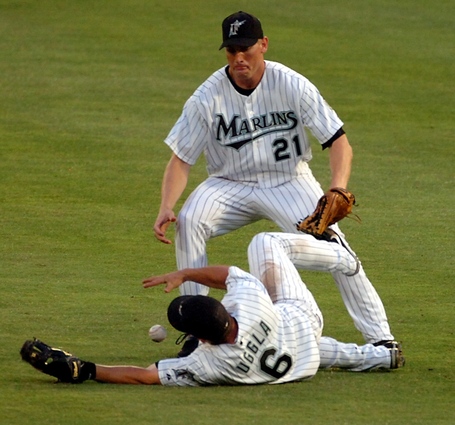 Those accomplishments threatened to make him expensive, and that meant the Marlins lost interest in him. In November 2010, he was dealt to the rival Braves for second baseman Omar Infante and lefty reliever Mike Dunn. Uggla was 31 years old. It's unfair to second-guess ol' Baseball America on their Uggla assessment -- 26 and never out of Double-A is what it is -- but it was easy to first-guess what the Braves did next: They gave Uggla a five-year, $62 million extension. As Marc Normandin wrote here back in 2011, Uggla belonged to two groups of players that do not age well: slow guys with old-player (low average and power) skills and second basemen.

As a result of Friday's release, the Braves will eat roughly $18.5 million of that contract. Another team may now take a flier on Uggla for the major league minimum, but through the end of next season the Braves will be the team picking up the checks.

There are several teams suffering at second base right now, among them the San Francisco Giants, who have gotten just .179/.267/.292 rates out of their keystone men, as well as their cross-bay pals the A's, whose second base brigade has hit .225/.286/.292. The Giants are reportedly already thinking it might be worth trying to succeed where the Braves failed and make an attempt at fixing Uggla.

Whoever signs Uggla, it seems like a long shot that he can be redeemed. His defensive shortcomings are not going away, his strikeout rate, always high, climaxed at an astounding one every 2.6 at-bats last year; the National League average was 4.5. He missed landing among the 10 most strikeout-happy seasons in 500-plate appearance history by a mere fraction. This year's 3.3 at-bats to strikeouts ratio is still well over the league average of 4.3. A player whiffing that often has to have exceptionally good fortune (or skill) on balls in play to compile a sustainable batting average, and that's not in Uggla's bag of tricks at the moment. Whereas Uggla always took a decent number of walks to compensate for his low average, leading the NL in 2012 with 94, that skill has also seemingly deserted him. 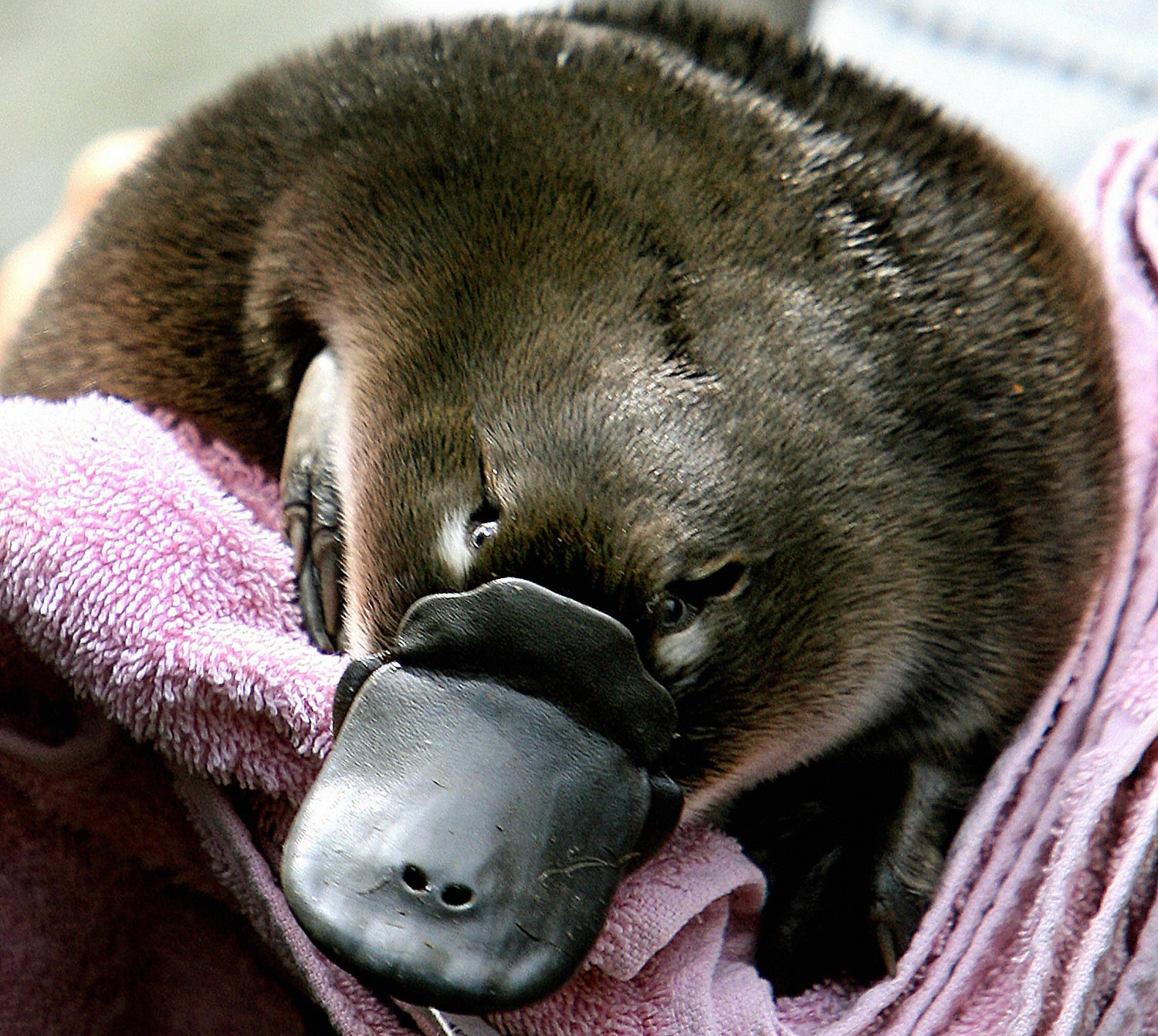 Even if Uggla could resume hitting a bit, retaining a defensively challenged second baseman, or even a good defensive second baseman, as a bench player is ill-advised because they generally don't have the skills to play anywhere else.

So, despite what the Giants or another team may decide to do, one of the more unusual careers in recent baseball history might be over. As disappointing as Uggla's Braves tenure was, his Marlins period was just as special, as he transformed himself from an afterthought into a record-breaking home run hitter and three-time All-Star. He is already notable as one of the few players to emerge from the Rule 5 draft and perform at a high level, joining predecessors such as Roberto Clemente, George Bell, and Bobby Bonilla. Yes, he was essentially baseball's equivalent of a platypus, and that by itself will keep the memory of his career burning, even if his abilities guttered out a bit earlier than would have been ideal.