With just a week to go before the non-waiver trade deadline on July 31, some things to keep an eye on:

A year after aggressively moving assets like Matt Thornton, Jesse Crain, Jake Peavy and Alex Rios on the trade market, the White Sox could be sellers once again. As they currently sit nine games back in the AL Central race, the White Sox are gauging the market to see which of their veterans could bring the best return.

The two drawing the most interest at this point are left-hander John Danks and outfielder Dayan Viciedo, according to a baseball source. Danks has reportedly caught the Yankees' eye and would make sense for the Cardinals or Blue Jays, though his current contract status (being owed almost $35 million through 2016) does lower his value. Viciedo has struggled this season, hitting .236/.287/.400, but reportedly drawing interest from teams looking for a right-handed power bat like the Giants and Mariners.

If the White Sox dig deeper on their roster for movable assets, veterans like shortstop Alexei Ramirez and designated hitter Adam Dunn could draw some interest from teams looking for offense. Bullpen arms are always in high demand this time of year, so Chicago could look to capitalize on strong performances from Zach Putnam, Javy Guerra and Matt Lindstrom by looking to move them at the deadline.

Veteran outfielder Jeff Francoeur will be called up to the majors by the Padres today, as we first reported was likely Tuesday night. The 30-year-old has spent the entire season to this point with Triple-A El Paso, hitting .294/.325/.465 with 15 home runs and 60 RBI in 98 games.

The left-hander drew a large scouting presence in his return last night.

Joakim Soria may be the belle of the bullpen ball in the lead-up to the deadline, while the Diamondbacks take a few highly coveted players off the trading block.

As we reported a few weeks ago, Francoeur's minor league deal with the Padres included a rolling opt-out clause that would have allowed him to leave the organization if he was offered a 25-man roster spot with another team. Sources indicated that the Blue Jays had strong interest in Francoeur as a fourth outfielder before they claimed Cole Gillespie and Nolan Reimold off waivers, but those claims caused Francoeur to stay with El Paso.

Reading between the lines a bit here, it seems that the timing of Francoeur's promotion could foreshadow an upcoming deal involving Chris Denorfia, who is reportedly drawing strong interest. Francoeur will serve as a backup to Carlos Quentin and Seth Smith at the corner outfield spots, potentially slotting in for Denorfia if he is moved in the next eight days.

Nothing seems imminent on the Denorfia front, as one source responded that the Francoeur promotion was "not that conspiratorial" when asked if it was related to Denorfia in any way. Still, the timing of Frenchy's return to the majors is making some believe that Denorfia could be on the move soon.

Could Jays make a serious run at Price?

Though the chances of David Price being traded seem to decrease by the day, speculation through league circles about where the left-hander could end up has not slowed down. One team that keeps popping up is the Blue Jays, who could have strong interest in Price as they make a postseason run.

The Rays indicated earlier in the month that they would be willing to trade Price within the division, and Price even said that was the case during the All-Star break in Minneapolis last week. Toronto could use help for a rotation that currently ranks eighth in the AL with a collective 3.96 ERA, and Price (3.06 ERA) would obviously fill that need. 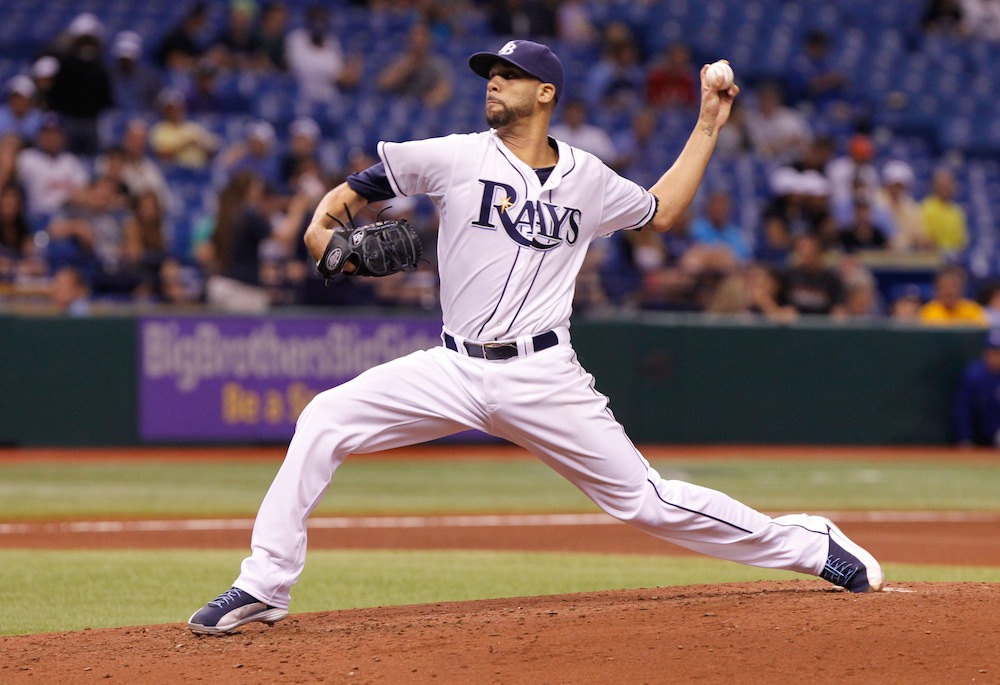 Toronto also has the prospects to get a deal done, with recent callups Aaron Sanchez and Marcus Stroman potentially becoming available in the right deal. Pitchers Roberto Osuna and Daniel Norris both ranked within MLB.com's list of the top-100 prospects in baseball before the season, and outfielder Dalton Pompey, who is virtually untouchable in trade talks, would be at least asked about by the Rays.

While the Jays would seem to be a good fit for Price and could have the pieces to get the deal done, the Rays' current surge has them sitting only four games behind Toronto in the AL East. Because of this, it's hard to see the two teams matching up on a deal.

Rays looking for relievers on market

All of the focus has been on the Rays looking to move veterans like Price and Ben Zobrist, but they could actually be buyers, as well. Word is that Tampa is looking for bullpen upgrades on the trade market, signaling that they could be posturing to make a run for the postseason.

We've got every rumor covered over at MLBDailyDish. Click over there to find out who the Cardinals could add to their rotation, why the Mets are struggling in their efforts to trade Bartolo Colon, and where Cliff Lee could end up.