Guessing which MLB managers will be fired

There will be 29 teams who will be disappointed in some capacity at the end of this season. Which of those teams will fire their manager?

Share All sharing options for: Guessing which MLB managers will be fired

This means it's time for a managerial dead pool, in which we look at all 30 teams and guess which managers will get the ax this year. I'm not doing this because it's fun. Something this ghoulish is never fun. I just want to be thorough. OK, maybe it's a little fun.

There's a snag, though. I'm not sure if we'll have a single manager firing this year. Let's sort the teams and managers into categories, and you'll see what I mean. You can skip to the end if you want to get right to the managers in the dead pool.

The left-hander drew a large scouting presence in his return last night.

These teams are in the hunt, at least enough to deter any thoughts of a housecleaning. It's possible for an especially miserable stretch to knock some of these teams (Pirates, Giants, Reds, Mariners) out of the hunt by next month, but assuming they finish at or close to .500, none of these managers will be in the slightest danger.

You can play around with teams that have ludicrously high expectations, like the Dodgers, or the Dodgers. Even though Don Mattingly signed a contract extension before the season, I don't think he will (or should) ever feel safe. Rich people are crazy.

Legacy managers who should survive a down year (or six)

The Yankees can probably be in the top category, but even if they play down to their Pythagorean record, Girardi isn't going anywhere. He wasn't the one who snuck into hotel rooms at night and stole ligaments to sell on the black market. 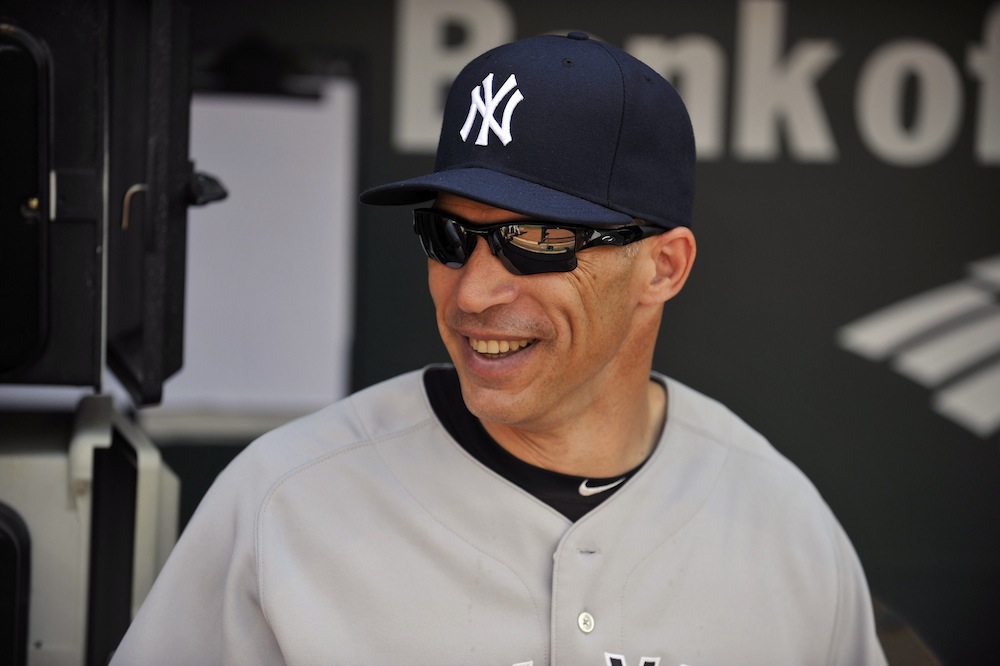 The Rays and the Rangers don't seem like reactionary organizations, and Maddon and Washington are two of the more popular managers out there, with both coming off extended runs of success. Washington's case is a little different, in that he's moved from pennant to division to wild card to out of the playoffs to this year's zeppelin fire, a trend that isn't exactly encouraging. Unless there's some sort of behind-the-scenes clash like there was with Nolan Ryan and Jon Daniels, though, Washington isn't going anywhere.

Chase Headley to the Yankees

It took several years and several hundred rumors, but Chase Headley is finally out of San Diego.

Chase Headley to the Yankees

The owners of all of these teams might wake up every morning, look in the mirror, and mutter, "Oh, god. What have we done? Who have I hired?" These managers might be awful, all of them. One of them might have shown up to spring training, grabbed a bat by the barrel, pretended to use it like a hockey stick, and yelled "Someone throw me an alley-oop! I'm open!" He's still getting one more chance.

All of them are getting one more chance. To rejigger the homophobic quote from Governor Edwards, the only way they're getting canned is if they're caught with a dead girl or a live mascot. Nothing screams "incompetent" like firing a manager you just hired in the middle of a rebuilding plan.

Three? Three managers? That's it? Well, that's no fun. And two of these managers are a stretch, too.

No one expected the Mets to be good; a few expected them to be less than horrible, including this brilliant man. The Mets are firmly less than horrible, mostly because of their pitching staff. There might not be a less surprising team in baseball, right down to the individual players. Almost nothing about their under-.500 season is unexpected.

Terry Collins is probably safe, then. Except he's been around for four seasons, and the best Mets' record in that stretch was 77-85, in his first season. Sometimes fans (and teams) just get tired of looking at a manager, even if he's blameless. I'd be surprised if Collins lost his job. I wouldn't be gobsmacked.

Kirk Gibson is probably safe, too. This will likely be his first full under-.500 season out of four tries (with two straight .500 seasons mixed in), and he's a recognizable face of the franchise. Plus, no one would want to tell him -- make the intern do it. The Diamondbacks have been disappointing for three straight seasons, so Gibson makes the short list, but unless there's a change from the GM down, he's the Diamondbacks' manager in 2015. 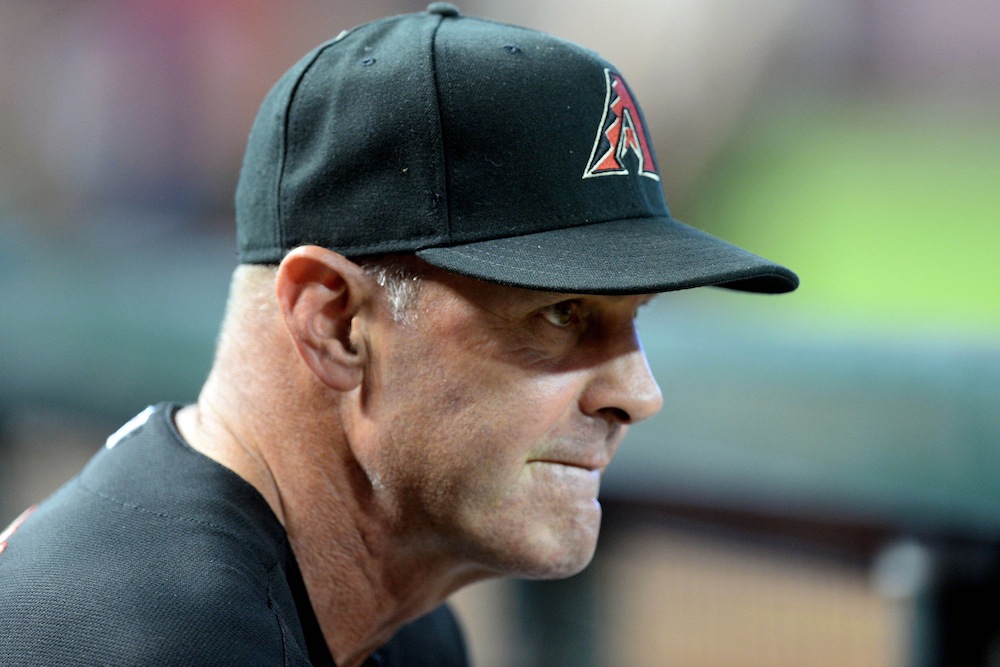 Which brings us to the Royals and Ned Yost.

The problem with the Royals' lineup isn't a lack of runners. The problem is a lack of hit-and-run attempts. This car didn't stop running because it was out of gas. It stopped running because I didn't have gas to remove from the tank and splash about my feet as I did a car dance. Yost is something of a quote machine, and he drives folks in the greater Kansas City area crazy.

If he finishes over .500 for the second season in a row, though, he'll be the first Royals manager to do so since Hal McRae in 1993/1994. That's almost good enough for cult hero status, even if the Royals' first goal was the make the playoffs. The Royals are just a game under .500, which isn't somewhere they're usually at this late in the season. If they've stuck with general manager Dayton Moore for the last six or seven decades, why would they ditch Yost for what's likely to be one of the more successful Royals seasons of the last 20 years?

Unless the Royals finish 10 games under .500, unless they sink into the sea, forget it. He's staying.

Ben Lindbergh wrote about the Era of the Eternal GM earlier this year, and while this isn't quite the same situation, it's not something we've seen for a while. There's always a manager getting canned somewhere, forever and always. Unless some of these logical leaps were too much, I'd set the over/under on manager firings this year at one, and then I'd take the under.

So good work, everyone! Good managing. K.I.T. and have a great winter. See you back here next season.