The Competitive Balance lottery was held, is still awful

When will the Cardinals catch a break? Maybe this extra push from MLB will finally get them over the hump.

Share All sharing options for: The Competitive Balance lottery was held, is still awful

The Competitive Balance Draft is Major League Baseball's silliest idea of the last several years. It's a thoughtless solution to an overhyped problem, implemented poorly. As an example -- a perennial example, apparently -- note that the St. Louis Cardinals will now get an extra pick in the 2015 Draft. The poor, hapless Cardinals, who just can't seem to get out of their way.

Pray for the Cardinals.

Guessing which MLB managers will be fired

There will be 29 teams who will be disappointed in some capacity at the end of this season. Which of those teams will fire their manager?

Guessing which MLB managers will be fired David Price to Jays?

The Marlins play in a new, publicly-financed stadium and a large market.

The Rockies are fourth in the National League in attendance.

The Mariners play in a new, publicly-financed stadium in a mid-to-large market, and they're owned by a gigantic multinational corporation. The Diamondbacks' market is even bigger.

The Reds, A's, and Indians made the playoffs last year.

The Cardinals make the playoffs every damned year.

The Rays play in a crappy ballpark in the 18th-largest metropolitan area in the United States, and they're nowhere to be found. They don't get a pick.

The CARDINALS MAKE THE PLAYOFFS EVERY DAMNED YEAR. DO NOT HELP THEM.

Here's how this is all decided:

The first lottery will take place in July, after the 2012 Draft signing deadline has passed. The 10 smallest-market teams and the 10 lowest-revenue teams will be placed in the lottery to have a chance to win one of six extra picks in 2013.

The Cardinals will be eligible for every lottery, give or take. They're one of the 10 small-market teams. Forget about attendance. Forget about the century-old brand and regional popularity. The numbers say they have (x) population in and around St. Louis, and that's all that matters.

The Marlins were given a stadium in an absolute boondoggle. They play in a larger metropolitan area than the Red Sox. After they were given the stadium, they decided to act like a team in a market with more people than the Denver and Pittsburgh markets combined, and they started spending. They got hopes up. Then their abhorrent editorial-cartoon caricature of an owner told the fans that they were not worthy of sustained attempts to succeed, which was the third time they've been told that in franchise history. They stopped coming to the ballpark and revenue fell. 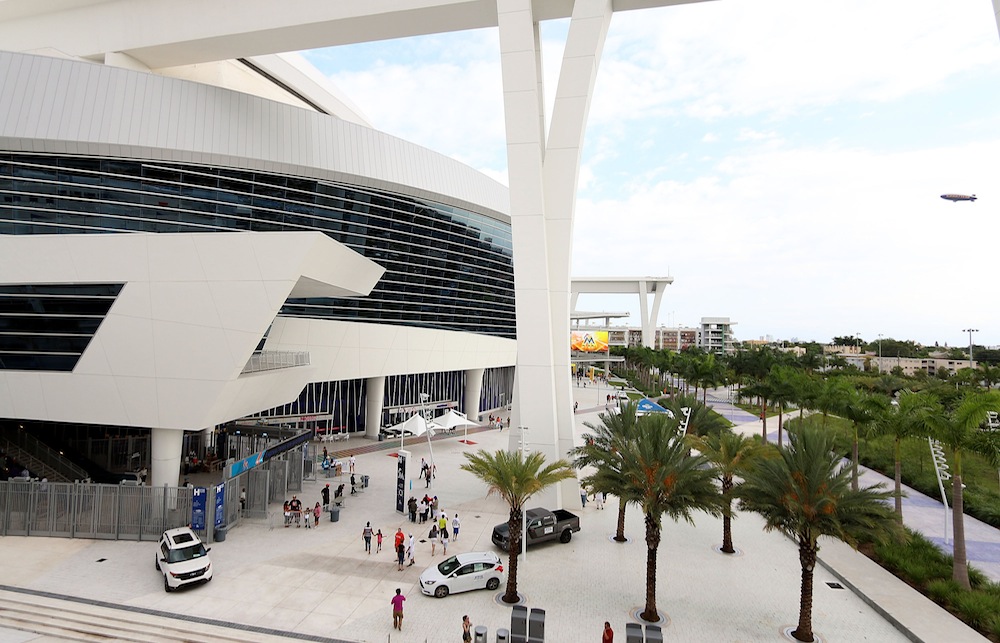 You know how the competitive balance lottery should work? Two kinds of teams:

Those 10 teams, and only those 10 teams. Never the Marlins. Never the Cardinals. And when one of those bottom teams wins the World Series, they're off, and they can make room for a new team. I would also be OK with this:

That's ridiculous, of course. Yet it still makes more sense than the current system. A system with the Cardinals (who are always good) and the Marlins (who are parasites) getting picks is a fatally flawed system. I can't imagine a committee of ostensibly bright individuals not thinking about the unintended consequences of a system in which the perennial contenders and the fiends of revenue-sharing alike are potentially rewarded. Yet it happened.

Get rid of it. In its place, I propose a draft that starts with the team with the worst record in the previous season and moves progressively toward the team with the best record. Then, in subsequent rounds, this order is repeated. It's a crazy, radical idea. But if the goal is equity, it's probably the best solution.