Wondering who has been the best in the National League over the first half of the year? Tough, you already clicked.

Welcome back to the thrilling conclusion of Midseason Awards, where we hand out fake awards to players and managers who have done well in the first half of the season. They all might screw something up over the next 80 games, but at least they can print this article out and hang it in their office. Let's use David Cone's apartment for an example: 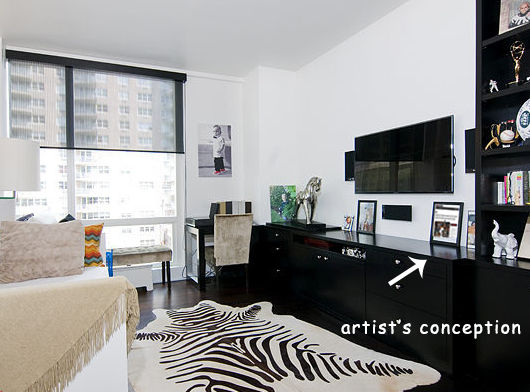 You can find the American League here. Today, we look at the National League, which actually has a great deal of controversy. Or, it would if you cared about midseason awards.

This might be the pick from the BBWAA if the season ended today, but it would be for the wrong reasons. There would be a faction of writers who would think really hard, pen to their pursed lips, before writing "BREWERS GOOD, ROCKIES BAD" on a toilet paper roll and mailing it in. They count those, you know. Read the by-laws. It's how Troy Tulowitzki would lose. 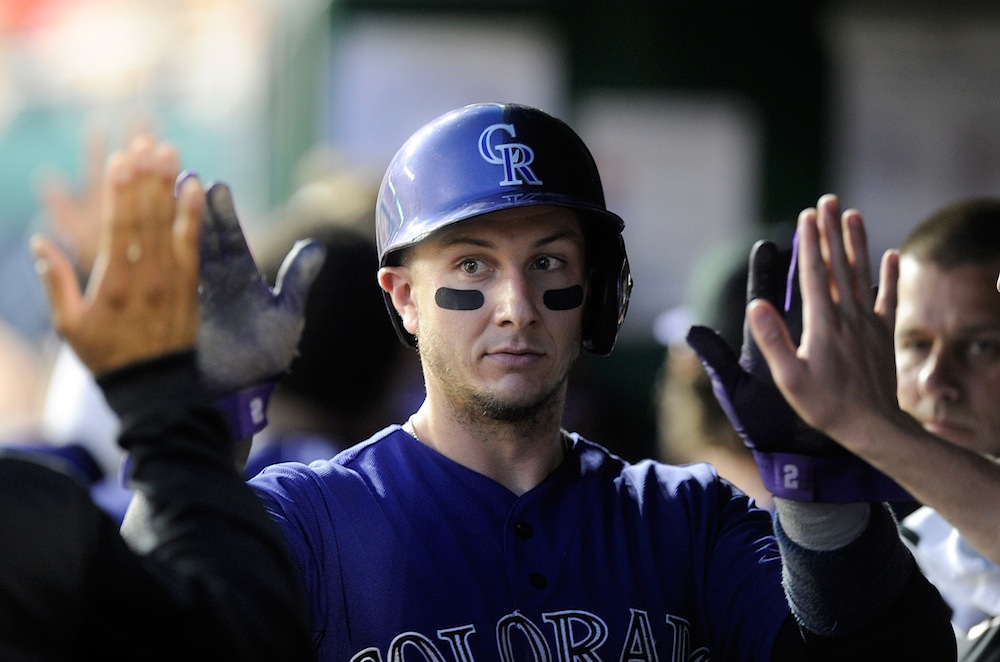 Tulo is ahead of Lucroy in WAR according to both Baseball-Reference.com and FanGraphs, by a full win according to both. Giancarlo Stanton is also ahead of Lucroy. Except for all the benefits of WAR -- the ease of a single, park-adjusted, league-adjusted number that includes defense and baserunning -- I'm still not sold that it works particularly well for catchers. Lucroy has been a pitch-framing god in the past, though his numbers aren't quite as elite this year.

I don't know how many WARs I would add for pitch-framing and pitcher-whispering and field-generaling and such. Much WARs, I'm guessing. Such much. Okay, at least enough to put him in a virtual tie with Tulowitzki and Stanton. And the tiebreaker? My undying hatred of the Rockies and everything they stand for. Wait, no, the part about the Brewers being in contention.

As a tiebreaker, it's better than a coin flip. I hate the idea that an MVP can only come from a contender. But as a way to distribute teensy dollops of extra credit, it's not the worst thing in the world.

Clayton Kershaw is probably going to win the actual award. He's the best pitcher in baseball, and our rent checks in this world go straight to him. But he's 40 or 50 innings behind the other three contenders for the award. That's huge. Come back in September.

That leaves three: Adam Wainwright, Johnny Cueto, and Julio Teheran. All of them have two shutouts. All of them have ERAs between 1.89 and 2.29. All of them have ungodly strikeout-to-walk ratios. This would be a nightmare of a vote if it stayed like this for the rest of the year. The toilet-paper-roll voters from the last section are voting for Wainwright, too, because he has 11 wins, which leads the league. I'm siding with them again, albeit for different reasons.

First, Wainwright has generally faced tougher hitters than other pitchers. A .10-point swing against Cueto doesn't mean much (if anything), but as a tiebreaker, I'm for it.

Second, Wainwright leads the league in FIP (fielding-independent pitching), which some people find really important, and some find easy to ignore. I'm in the middle, cognizant that it's probably a better stat with more predictive powers than ERA, but not sold on its efficacy in a high-strikeout era. It doesn't do well in lower-strikeout eras, and I'm wondering if it's not the best stat on either side of the pendulum.

Of course, I'm over my head now. I don't do stats. I make GIFs of people getting hit in the beans.

Until someone can corroborate my non-stathead suspicions, I'll continue to use FIP like a good Internet baseball writer, and considering that Wainwright lost the 2009 Cy Young in part to FIP-like abstractions, I'll give him the benefit of the voodoo stats here.

This shouldn't be an easy choice. Chris Owings is playing a stellar shortstop for the Diamondbacks, doing well on both sides of the ball. He's hitting for extra-base power and showing off great range and a good arm. His minor-league numbers were never that exciting because he was always young for his league, so he snuck up on us. He's actually ahead of Hamilton in Baseball-Reference.com's WAR (by a negligible amount), though he's a full win behind him according to FanGraphs. Still, it's a tighter race than a lot of folks realize. There are two rookies worthy of the award so far.

Still, it's a tighter race than a lot of folks realize. There are two rookies worthy of the award so far.

But this whole article is about tiebreakers, apparently, and here's mine for the Rookie of the Year: I like watching Billy Hamilton play baseball way more than I like watching Chris Owings. Both play important up-the-middle positions and play them well. Both of them are having good, if flawed, offensive seasons. Only one of them makes me watch games I'm not interested in. Only one of them requires us all to make car noises -- say, "Prrmbbbbbrrmmppbrooooo" -- when he runs.