The Cubs' latest reclamation project, an update on Boston's quest to deal Lackey and more from around the baseball rumorsphere.

The Chicago Cubs have acquired left-handed pitcher Felix Doubront from the Boston Red Sox, reports Jon Heyman of CBS Sports. The move is a bit of a reclamation project for Chicago and team president Theo Epstein, who originally brought Doubront to Boston in the first place.

A steady back-of-the-rotation starter for the Red Sox in 2012-13, Doubront has contributed to Boston's collapse in the AL East this season. Splitting time between the rotation and bullpen, he's posted a 6.07 ERA with 43 strikeouts and 26 walks over 59⅓ innings.

The Red Sox didn't get much of a return in the deal -- just a player to be named later, per ESPN's Jim Bowden -- but moving Doubront was likely a priority. After a demotion to relief work earlier this month, the 26-year-old publicly complained about his role to reporters, something with which the club likely wasn't thrilled.

The Marlins and Red Sox have discussed a trade involving right-handed pitcher John Lackey, reports Jon Morosi of FOX Sports. The move could be part of a series of deals by the Red Sox in the next 24 hours. Boston ace Jon Lester has already been a steady source of rumors over the past few weeks, and earlier Wednesday, it was reported that Lackey could also be dealt. That's not particularly surprising given where the Red Sox sit in the standings, but it would represent something of a fire sale for a team that's typically buying in late July.

However, expectations of a deal should be tempered. While WEEI's Rob Bradford says a deal is indeed possible, we already got at least one flat denial:

Lackey would be a solid fit in South Florida, where he could potentially make his NL debut after 12 years in the AL. He's pitched well for Boston this season, posting a 3.60 ERA over 137⅓ innings, and would solidify one of the spots behind Henderson Alvarez, Nathan Eovaldi and Tom Koehler in Miami's rotation.

Lackey's unusual contract also makes him an intriguing trade candidate, because it includes a 2015 club option worth the league minimum after Lackey missed significant time with an elbow injury. A clause inserted in Lackey's five-year, $82.5 million deal with Boston called for the option if his elbow led to an extended absence, and he missed the entire 2012 season after undergoing Tommy John surgery. Some team might like having Lackey around next season for roughly $500,000. 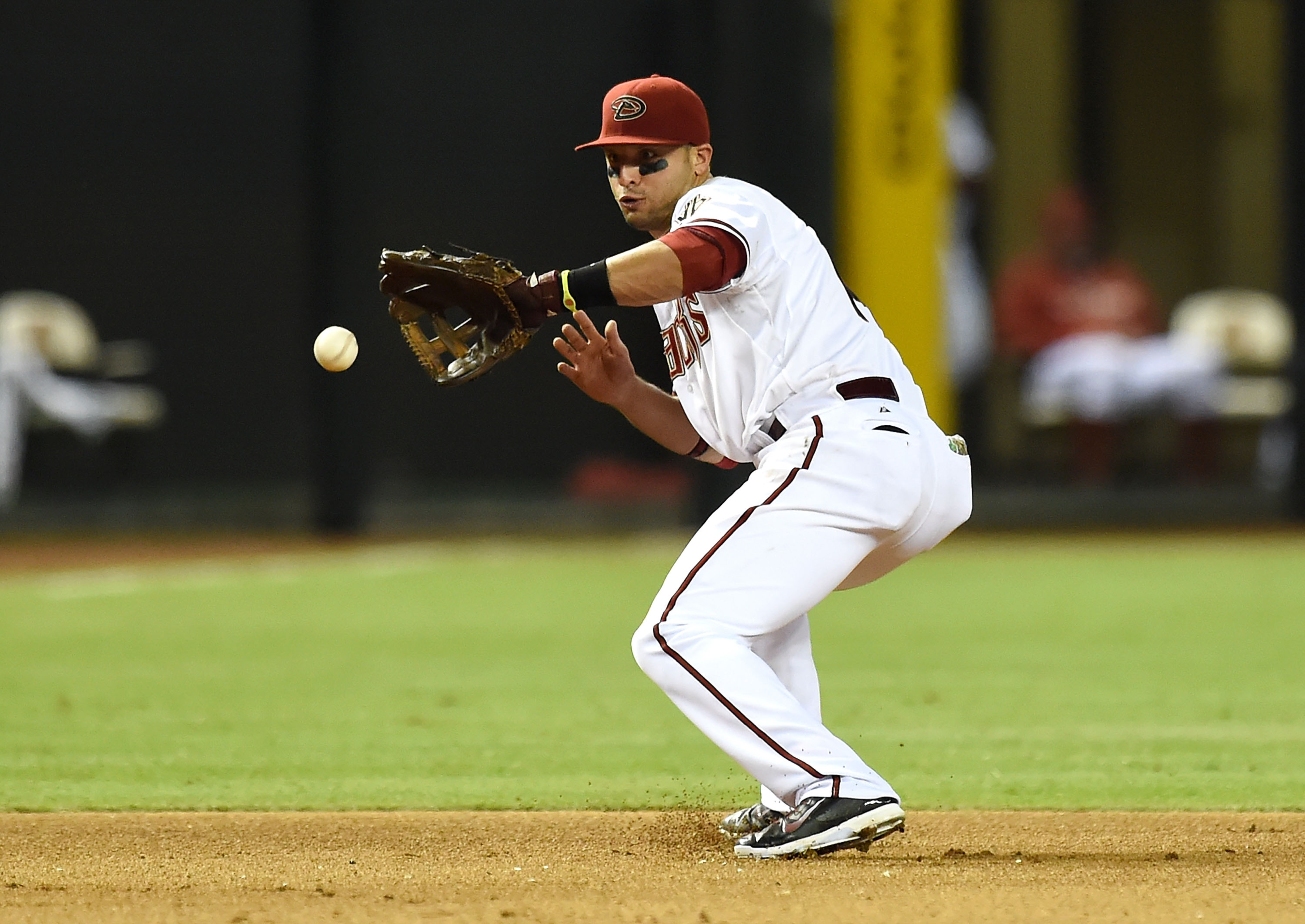 Changing their tune from a week ago, the Diamondbacks are telling teams they're "prepared to move" infielder Martin Prado before the trade deadline, reports Buster Olney of ESPN.

With Arizona positioning itself as a likely seller this week, Prado is a logical trade candidate given his contract. The 30-year-old is set to make $11 million annually in 2015-16, and while he's only a couple years removed from receiving MVP votes, he's no longer playing at that level.

This season, Prado has batted .273/.319/.373 with 17 doubles and five homers over 432 plate appearances as Arizona's everyday third baseman. He remains useful given his versatility and solid defense, but isn't very valuable when making more than $10 million per year.

One possible suitor could be the Nationals, according to CSN Washington's Mark Zuckerman. However, he says Arizona would need to eat money for the team to ultimately be interested in a deal.

A deal involving Chicago Cubs utility man Emilio Bonifacio is "getting close," according to Jesse Rogers of ESPN Chicago. It's unclear where he might be headed, but the Giants have been scouting Bonifacio all week, and could badly use some help at second base.

Bonifacio has primarily played center field and second base for Chicago this season, batting .279/.318/.373 with 14 stolen bases over 298 plate appearances. An affordable, versatile player, he's the kind of piece who could have numerous suitors in the mix given his ability to fill different roles.

Along with San Francisco, the Orioles, Royals, Mariners and Reds have been named in rumors involving Bonifacio this month. As a pending free agent, the Cubs will likely deal him this month rather than risk losing him for nothing in the winter.

The Rangers are "gaining traction" in talks with several teams involving outfielder Alex Rios, reports Tim Brown of Yahoo! Sports. We heard earlier Wednesday that the Rangers were telling teams they would eat salary to move Rios, and it's possible that's actually greased the gears on some negotiations.

Rios, 33, is set to make more than $4 million between now and the end of the season, and his contract includes a $13.5 million team option for 2015. There's a $1 million buyout attached to that option, however, so the total payout for any team interested in renting the outfielder would be just over $5 million.

That's before even considering what the Rangers might ask for in a trade, and it's likely they're only offering money as a means of getting better prospects. The bigger question is whether it works, as Rios is a quality player and while he's expensive, he's not outrageously overpaid like some trade candidates.