Billy Beane rolls the dice, the Cubs add a possible centerpiece, and both boldly jump ahead of the annual in-season trade market.

On Friday night, the A's and Cubs jumped the gun on the trading deadline, making a major exchange of talent 27 days before the requirement of waivers tends to chill further movement of top players. As the deal has been reported, the Cubs sent two-fifths of their rotation, the right-handers Jeff Samardzija and Jason Hammel, to the A's in return for one of the game's top prospects, shortstop Addison Russell, outfielder Billy McKinney, the team's first-round draft pick in 2013, 25-year-old right-handed starter Dan Straily, and a player to be named later.

The Cubs, ever rebuilding, have at the very least added another top prospect to a pile that already includes potential future luminaries such as, among others, shortstop Javier Baez, outfielder Jorge Soler, and third baseman Kris Bryant. Indeed, Bryant and Russell wasted little time in Twitter-hugging:

Welcome to the Cubs @Addison_Russell!! #stud

@KrisBryant_23 Thanks buddy! Told myself in the fall league it would be great to play with you again someday. Pretty stoked about the move

The Cubs would seem as deep in possible position players as any team in baseball, if not the deepest. However, the members of the next great Cubs starting rotation remain a mystery, and this deal does little to answer that. Straily is a back-end starter with a home-run launch rate that would make Wernher von Braun sick with envy. There's a player to be named later; it seems unlikely that he'll be Ferguson Jenkins: The Sequel as the A's don't have that pitcher in their system right now either.

As for the A's, they are having a season that is bordering on great. Their +129 run differential more than doubles that of any other team in baseball, and is the highest on a per-game basis since the 2001 editions of the Mariners and A's outscored their opponents by 1.9 and 1.5 runs per game, respectively. Those were 100-win teams, and the 2014 A's are on a pace to get there as well.

Of course, A's GM Billy Beane has had 100-win teams before and in neither case did the accomplishment signify their capability of escaping the division-series round. As good as the A's have looked, there was reason to think that this version might be headed for the same fate. Not only are the Angels close enough that a first-place finish is far from certain, but the starting rotation, though it has posted the best ERA (3.30) in the American League, had the potential to falter. Sonny Grey has a fine 2.93 ERA in his first 175 major-league innings, but he's just a toddler in terms of experience. Scott Kazmir has proved to be an excellent addition, but the K in the left-hander's surname should really stand for "Krypton," because somewhere inside his arm a tiny Jor-El is desperately pleading with a recalcitrant Science Council to build arks and evacuate before their sinewy home explodes into a million pieces. One hopes it doesn't happen given how encouraging it has been to see this one-time future ace reclaim his major-league career, but it's a possibility that has to be faced.

The remainder of the rotation likewise inspires doubt. Jesse Chavez is a 30-year-old journeyman who has already pitched nearly a third of his career major-league innings this season. His ability to hold up over the long haul is questionable, and he may have more value to the A's as a spot starter and long reliever. Tommy Milone pitched well against the Tigers last fall but is a postseason nightmare waiting to happen, with the kind of contact and home-run rates that augur disaster when faced with a deep October lineup. Literal dollar-store pickup Brad Mills is not someone on whom to gamble a season.

Former Indians and Rockies prospect Drew Pomeranz has pitched exceedingly well when healthy, but he's currently on the disabled list after breaking his non-pitching hand after a poor start last month. (This simultaneously showed good and bad judgment.) You can't rush that kind of recovery; you'd hate to see the guy come back too soon, field a hard smash back to the box, re-break the hand, and spend his retirement years with a lobster claw where his starboard paw used to be. More importantly, as well as he's done, the 25-year-old lefty has no track record of sustained success.

It's not like Samardzija and Hammel have records of sustained success either, but clearly Beane felt they were the safer bets going forward. Only time can bear out this judgment. 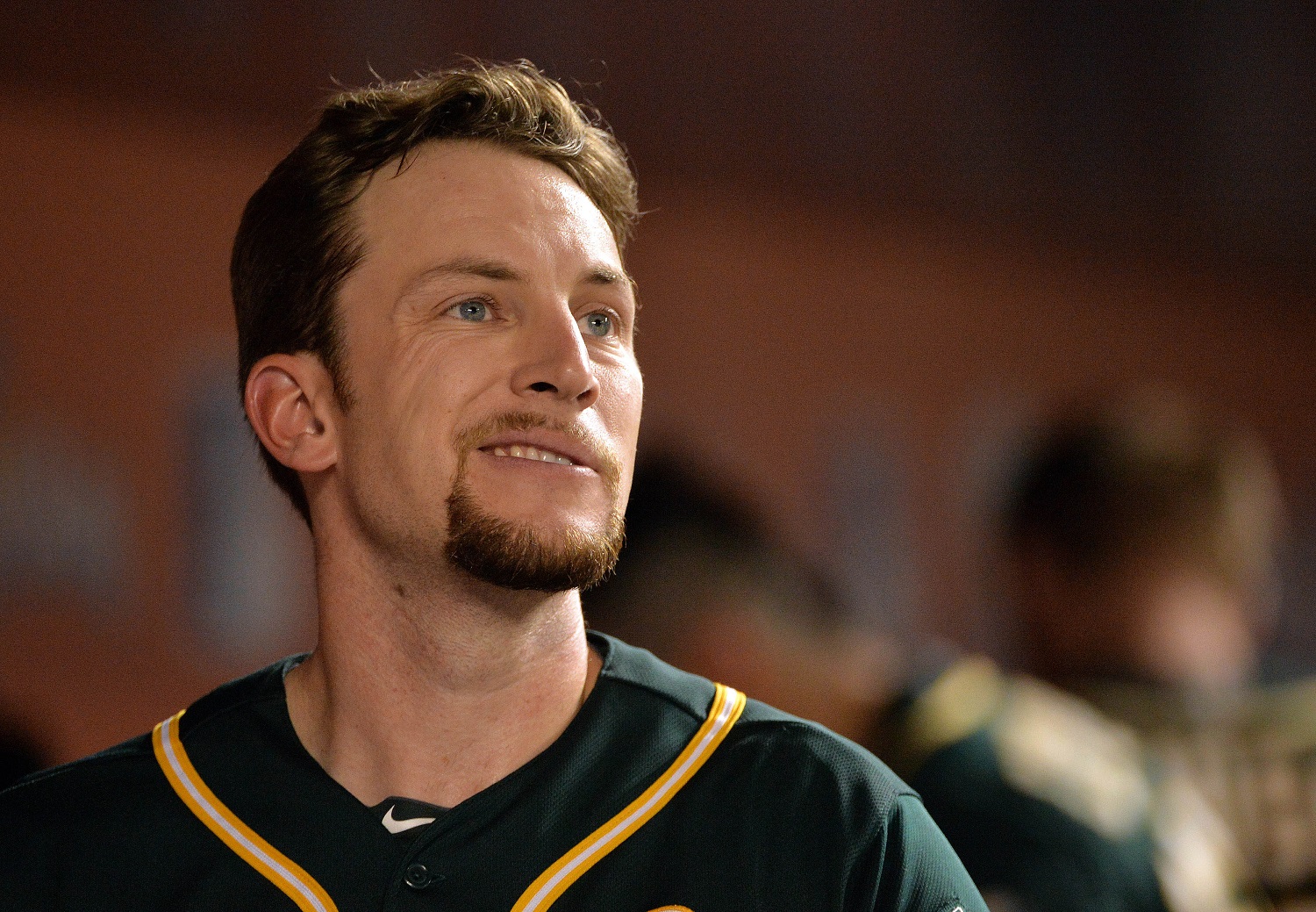 The A's have other problems that need to be addressed as well. They lack production at second base, where four players have combined to hit .226/.292/.264, the worst production in the league. (One pauses to note that this is far from the worst production at the position in baseball -- with their second basemen hitting .158/.210/.244 to this point, the San Diego Padres are doing something best described as magical. If they sustain this level of non-productivity, it will arguably represent the worst aggregate performance by a team at the keystone in at least 100 years.) In addition, shortstop Jed Lowrie, who needs to hit to be helpful -- his range has always brought to mind the Hoagy Carmichael classic "Rocking Chair" -- has hit .183 since April.. Lowrie has never been consistent and he'll be a free agent after the season, so there's no point in hanging on if a better option presents itself. Unfortunately, the heir apparent is now the property of the Cubs.

What's most provocative about this trade, beyond Beane's grand roll of the dice that is the deal itself, is its date. A little over a half-century ago, the season was eight games shorter and the trade deadline six weeks earlier. Teams were under the gun to improve their rosters by June 15 rather than July 31. The reasoning was that shaking up your team in-season was a kind of a cheat -- you set up your roster in spring training, then went with what you had. Adding some superman during the season was tantamount to the way some people feel about genetically-modified foods now -- it was an unnatural shaking up of the hand that nature dealt you.

The quintessential example of that philosophy was the 1927 New York Yankees, who went through the entire campaign without making a roster move. That they were a dominant club that didn't really have to do much is beside the point; today even great teams will pick up an extra bench bat for the stretch run, an extra arm to spell a tired bullpen. Conversely, it was two 1922 New York-Boston trades made against pursuing St. Louis clubs in each league by the Yankees and Giants, respectively (the Yankees got third baseman Jumping Joe Dugan from the Red Sox, the Giants pitcher Hugh McQuillan from the Braves) that brought the deadline down in the first place.

The shift of the deadline forward to July 31 meant that trades would have a lesser effect on the outcome of the season, particularly when it came to starting pitchers. This year, teams making a trade on June 15 would have had about 90 games left, meaning 18 starts from a pitcher they acquired that day. As of July 31, they'll have about 55 games left, meaning 11 starts. That's a significant difference in terms of value. As of Saturday, the A's have 76 games to go, meaning 15 starts a piece for Samardzija and Hammel. By moving up the clock, the A's will receive eight extra starts of 2014 value -- assuming the two acquisitions continue to pitch well. 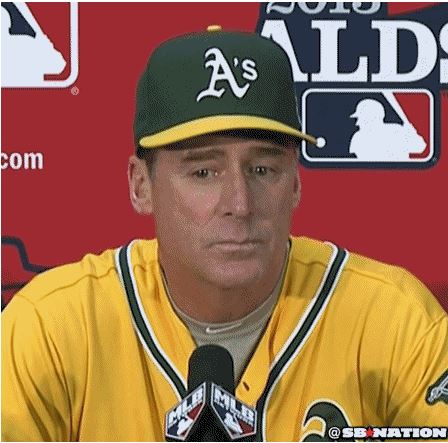 The A's haven't been to the World Series since dropping the 1990 installment to the Reds, have a ballpark filled with sewage that they just agreed to stay in, operate on a shoestring, and despite having one of the most creative general managers in the business, have gotten as far as the ALCS just once in the last 15 years. It was time to try something new, something bold, and if Addison Russell makes Chicagoans forget Ernie Banks (or Starlin Castro) so be it - sometimes the bird in the hand is worth more than the one in the bush, even if the latter is a jet-augmented bald eagle that shoots lasers out of its nostrils. For the A's, the team is good enough that "flags fly forever" comes into play as a legitimate deciding factor.

As for Chicago, the team now has enough prospects that Baseball America may have to rename itself Kiddie Cubs Journal. They also have a rotation of Travis Wood, Edwin Jackson, Jake Arrieta, Straily, and at this writing, to borrow from Abbott and Costello, "I Don't Give a Darn." And for this year, maybe we shouldn't. At some point, Theo Epstein and Jed Hoyer are going to have to transition from aggregation to actualization, from stockpiling prospects to getting them installed in the majors and playing well. No doubt they will, and what's the rush? It's only been 107 years.

Still, this was a good haul for the Cubs, and if it means the rest of the season will be a little more painful than it has been to date, it may ultimately bring on another Abbott and Costello player, "Tomorrow," that much sooner.