Jackie Robinson West came along at the perfect time

South Korea might have captured the Little League World Series on Sunday, but the team from Chicago won over fans all around the country.

Share All sharing options for: Jackie Robinson West came along at the perfect time

CHICAGO — It started with a single by leadoff hitter Pierce Jones. Next, first baseman Trey Honduras pointed his bat to the outfield and ripped another base hit. It was the sixth and final inning of the championship game in the Little League World Series, and it was the last time Jackie Robinson West would instill the city of Chicago with its signature brand of innocent hope.

Jackie Robinson West was trailing 8-1 when Marquis Jackson stepped into the batter's box, but you could have never sensed it inside of the watch party happening on State Street in the heart of downtown. Jackson smacked a line drive to right field as the crowd jumped to its feet ready to explode, but a South Korean outfielder dove forward to make what might have been the best catch of the tournament.

"there's something positive that's going on in Chicago with these boys. I commend them and congratulate them and I'm just so proud."

If that was the first time Chicago realized its Little League team wasn't invincible, the feeling didn't last for long. As Jackie Robinson West made its final out a few betters later, the DJ played "We Are the Champions" and Chicago celebrated like its team never lost.

Hearing that song moments after defeat had been finalized was so strange and endearing. It didn't make any sense, but that's what made it perfect. It might have been the only way to encapsulate a team that was all of those things and so much more during its stay in Williamsport, Pa.

"They were more popular than the White Sox these whole two weeks," said Dakota James, a 12-year-old from South Shore whose team lost to Jackie Robinson West a little more than a month ago in a tournament leading up to this one. He's right, but it was the type of understatement only a child could make.

The players and staff of Jackie Robinson West are the United States champions of Little League baseball, but that might be the least substantial thing they achieved. Along the way, these 13 black boys from the South Side of Chicago accomplished the only thing a sports team can ever hope to do: They made their city feel something. 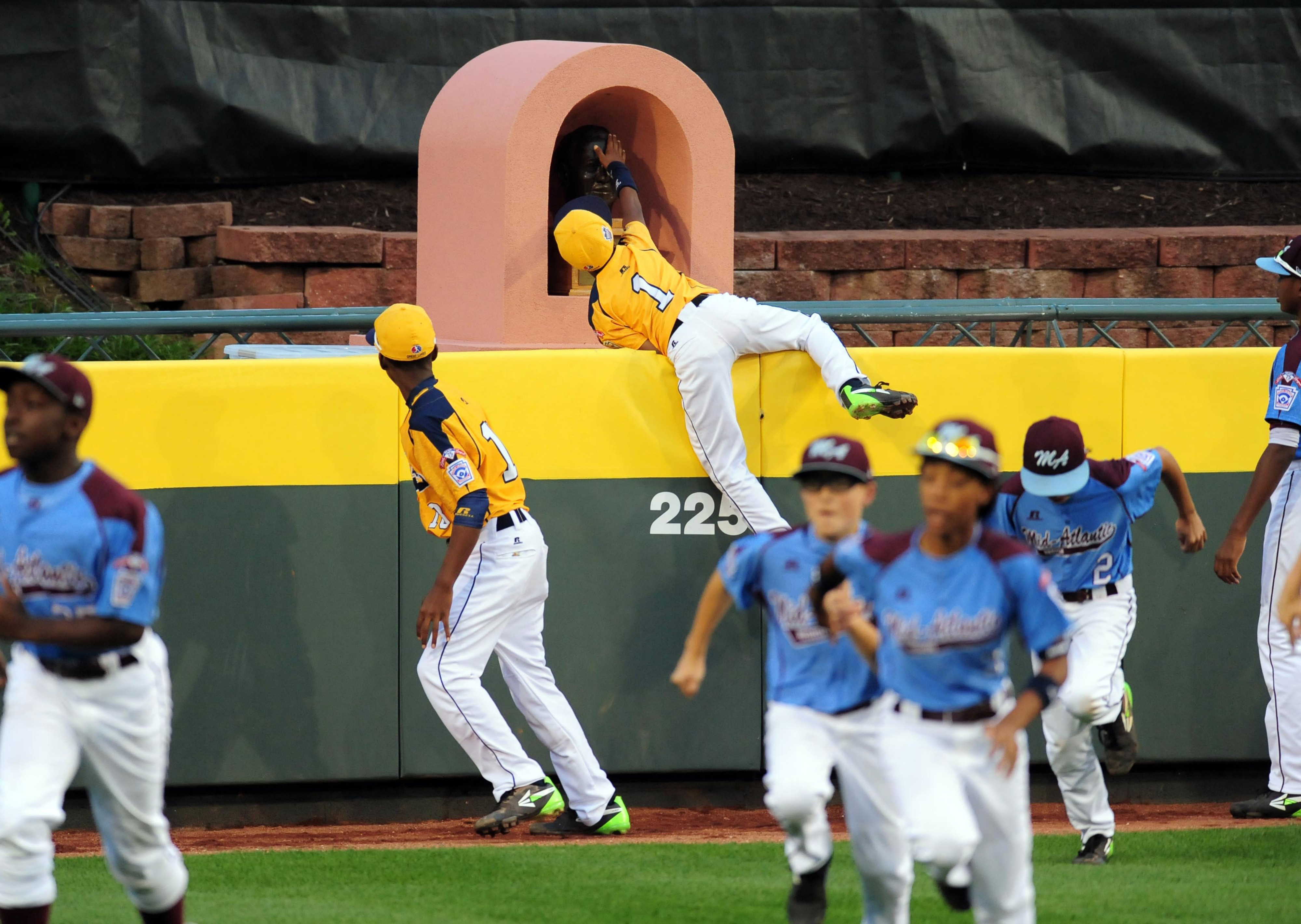 The television setup just outside the Chicago Theatre might have had 1,000 people watching it on Sunday, many wearing the team's yellow T-shirt and holding homemade signs displaying messages of hope and support. None of the adults there seemed to have personal connections with the team, but all of them knew something the players never could. Jackie Robinson West came along at a time when the city, if not the entire country, needed them so much.

It's hard enough being 13 without the world putting near-impossible dreams on your shoulders. Let's enjoy Mo'ne Davis without the weight of expectations.

Mo'ne Davis is a kid, not a prospect

And she's sure as hell not a painting. Treating her as anything but what she is, a 13-year-old, is the height of objectification, making her a symbol instead of a kid playing a kid's game. Her future can wait until it arrives.

The people who run Chicago like to point out that crime is down, but that belies the fact that senseless violence happens here every single day. There were 947 homicides between 2012 and 2013. On Fourth of July weekend, 82 people were shot and 14 were killed. On Thursday, just as Jackie Robinson West was capturing the soul of the city, a 9-year old boy became the latest casualty of Chicago's war with itself.

It's likely the players who make up Jackie Robinson West don't realize the extent of the segregation and violence, but many of them are living right inside of it. The team found these players in South Side neighborhoods like Auburn Gresham, Englewood, Chatham, Morgan Park and Washington Heights, some of the most dangerous parts of the city.

None of them know about the institutionalized racism behind red lining and other forms of housing discrimination that laid the groundwork for today's fractured city 60 years ago, but all of it helped provide the context for the slick fielding of Ed Howard and the effortless cool of Pierce Jones' right-handed swing. The sad truth is these are the exact type of kids who are too often forgotten about until it's convenient.

Jackie Robinson West's proficiency at playing baseball will not make this city any safer than it was before we learned their names, but nothing was going to do that. Talk to the people at the watch party, just one of several around the city, and you'll realize the team's appearance, success and platform mean the world to the adults and children who deal with Chicago's daily realities.

"We didn't even know these kids existed a month ago," said Judy Davis from Evanston. "And it's been so positive. That's why everyone is excited, because there's something positive that's going on in Chicago with these boys. I commend them and congratulate them and I'm just so proud. I don't know any one of them, but I'm so proud anyways.

"They are my babies. They became all our babies."

Context is what made Jackie Robinson West's run so compelling, but don't let it overshadow what should be abundantly clear at this point. This was an amazing team. Just ask the other squads in the state tournament, where Jackie Robinson West won by mercy rule against three straight opponents and won the championship game 29-2 in four innings.

By Sunday, so many in this city knew their names, faces and hobbies.

DJ Butler, all 4'9 and 77 pounds of him, plays the outfield and loves him some lobster. Josh Houston is the pudgy little guy who pitched his heart out against Nevada in the U.S. championship on Saturday. Marquis Jackson is the lights-out closer who threw straight gas and didn't pretend to throw anything else. Trey Hondras talked to girls before the game for good luck and then provided power in the middle of the lineup. Pierce Jones even led SportsCenter one day after hitting three home runs and a triple in the team's opening game at the Little League World Series.

The city is throwing a parade for them on Wednesday, and you can bet they will each be treated like local celebrities as soon as they get back. It's true that Jackie Robinson West didn't win its final game on Sunday, but pay attention to the groundswell of emotion the players brought with them and it's evident they ended up winning so much more.