There's no chance of a Cardinals/Red Sox World Series, at least. Take a moment to appreciate that.

This means it's time to rank the potential World Series matchups. I've done this before, using reasons and opinions made up on the fly, but this time I decided to get technical. Each team gets a 1-to-10 ranking in four categories, with everything added up to determine the best matchup. Those categories:

With some teams, this is easy. The Royals have a legacy of sadness. I think it was on their media guide this year. 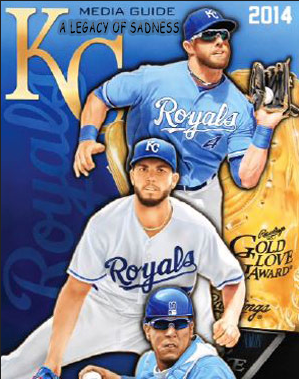 Yes, it was. Unless I just photoshopped that in. Regardless, the hard-luck teams are easy to spot. We're not too far removed from the Orioles being a hot buttered mess, and the same goes for the Pirates, but longer.

But what about a team like the Tigers, who have been a perennial playoff team recently, but haven't won a World Series for 30 years? What about a team like the Dodgers, who haven't won the World Series since Look Who's Talking was a big hit, yet have a long, storied history? My mom was 11 when she realized that the World Series was supposed to be the best two teams from each league. She thought it was just what they yearly Yankees/Dodgers series was called.

The Nationals confuse me here, too. Technically, they're the Expos, who were on their way to winning their first division title until the strike hit and baseball was ruined and the men who ruined baseball brought special people in to ruin the Expos and then the Expos were ruined. So that's certainly a legacy of sadness. Except, that's not exactly affecting John Q. Nationalsfan with season tickets right now.

There are probably still fans who were absolutely crestfallen when the Senators left in 1960, got false hopes up when a new Senators team came in for 1961, and went into a baseball cocoon from 1972 through 2004. Those fans can wear the cloak of Expos sadness, so the Nationals still get bonus points. They're still an expansion team to me, dang it.

The original title of this section was "players you want to see," except I basically want to watch Norichika Aoki take 30 at-bats in every game, so I would have given every Aoki-less team a zero. No, star power is a better way to do this. The Dodgers grade out the highest, with Yasiel Puig and Clayton Kershaw. The Angels have Mike Trout and Albert Pujols, and even if he's not the same player, you'd still pay money to watch Mel Ott or Frank Robinson in their mid-30s. Well, here's your chance with Pujols. Don't screw it up.

The Orioles and A's graded out a little worse than the other teams -- I love Adam Jones and Jon Lester as much as the next fella, but ... -- but "little worse" is relative. They still graded out well. Turns out that all of these playoff teams have good players. Seems there might be a hidden correlation worth investigating.

Also tricky. Remember that Cardinals/Red Sox rematch last year? Boy, that sucked. I mean, it was a good Series. But both of those teams had won within the last decade, and there was the exact World Series matchup nine years earlier. It didn't feel like a present in a box, waiting to surprise you. It felt like an American Idol reboot, something that simultaneously excited fans and annoyed you.

After enough time passes, though, it's not such a bad thing. It can even improve things. Even though the Yankees and Dodgers have matched up several times, it's been decades. That would have been fun. Kind of. The Giants and Tigers would be a drag for a lot of folks, but Giants and Angels is almost far enough away to help make it appealing. Giants/A's and Dodgers/A's are both certainly far enough in the past to be appealing again.

Dodgers/Angels. Giants/A's. That kind of thing. It's not going to count for a lot, but it should count for something.

Explainer out of the way, here are the rankings, separated into tiers:

Stupid Cardinals. You know they're at least in the NLCS this year, too.

The tiebreaker is legacy of sadness, in case you were wondering. The Giants and Tigers should probably be the bottom spot, except it really has been a while since the Tigers won. Both the Cardinals and Angels have won since 2000, and that's ultimately the deciding factor.

You can certainly quibble with my "7" on star power for the Cardinals, but their biggest stars are quiet and/or underrated. Adam Wainwright is a second fiddle to whatever Cy Young moseys past, and Yadier Molina is great in a way that's not always .300/30/100, so he's easy to overlook.

Here be Giants. They had the same ranking as the Cardinals in legacy of sadness -- a big, fat "1" -- but I gave the Giants one extra star point because of Buster Posey and Hunter Pence. 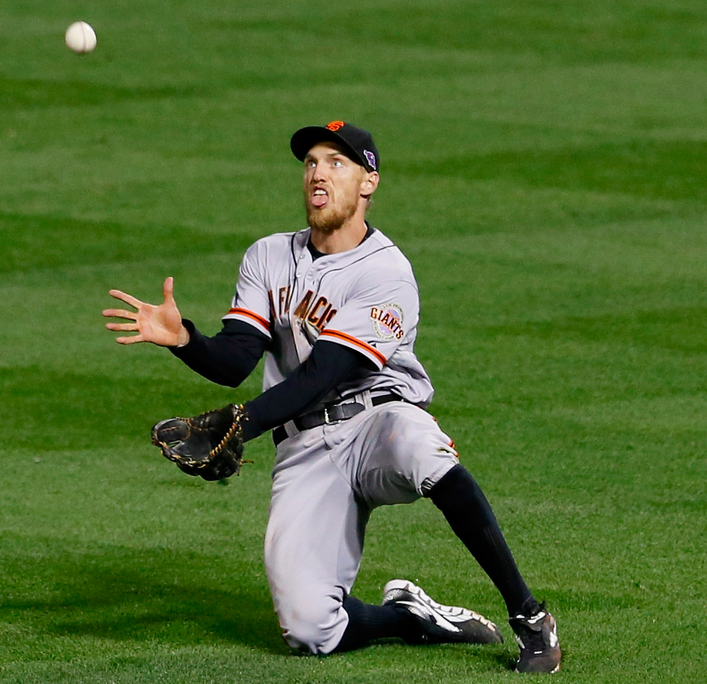 You can understand my position.

The big surprise was Giants vs. A's ranking so low, considering the two built-in advantages. The general indifference/annoyance with the Giants is a powerful force.

All interesting matchups, here. Well, I guess they all are -- the World Series is just swell, even when it's Cardinals/Red Sox, everyone -- but these all have something going for them. It's been a while since most of them have been to the Fall Classic, and the one that's been there in the last decade hasn't won since 1984.

Everyone wants to see the Pirates in the World Series. But if they get there against the Angels? That's neat ... I guess. It's just hard to see what those two teams will ever have to do with each other.

The Cardinals sneak in the top-10 by way of 1985 being controversial and Kansas City being in Missouri for some reason. That would be an outstanding World Series.

The Dodgers and A's were the hardest to rank when it came to legacy. They've ended the season with disappointment for the last 24 seasons or more, yet they have great organizational records of success and recent playoff histories.

I mean, how many sadness bonus points do you give the Dodgers for something like this?

Seems pretty sad, but then you think about Kirk Gibson going around the bases. That wasn't that long ago, right? How much pain can the Dodgers fans still have regarding plays like this?

Gee, I don't know. They were hard to rank. Lemme get another video, hold on ...

The Pirates dominate the top of the list. If you disagree, hi, welcome to the sport of baseball from the last 20 years. It's based on your "rounders," you know. The Pirates have been through so damned much over the last two decades. So have the Royals, but I gave the Pirates extra McCutchen bonus points.

Pirates and Royals were the favorite when I came up with this complicated formula that totally wasn't pulled out of my butt, yet Pirates/Orioles just squeaked by because of 1971 and 1979, both classic seven-game series. You might not care about anything before the Internet, so your mileage may vary.

For me, though, it's the Pirates/Orioles. Give me that classic matchup of Edinson Volquez vs. Chris Tillman, Jeff Locke vs. Wei-Yin Chen, Vance Worley vs ...

Hold on. I think I need to pop the hood and jimmy with the algorithm.