What's better, the Super Bowl or the World Series?

Which sports championship is better? This honest, unbiased, mostly scientific look attempts to answer the question.

Share All sharing options for: What's better, the Super Bowl or the World Series?

This is an honest attempt to answer a question we've all asked ourselves. An honest, unbiased, mostly scientific attempt. And by, "question we've all asked ourselves," I mean, "question that has been answered already in an overwhelming popular vote." Still, for every Nick Drake album or CD sold in this country, Staind has sold 15. Don't appeal to popularity contests and expect to be taken seriously.

Even though the Super Bowl is a lot more popular than the World Series. Like, whoa, so much more popular. Unfathomably so. It's really something.

That's not the point, though! The question is simple: Is the World Series the best sporting event in North America, or is the Super Bowl? To answer, we've come up with honest, unbiased, mostly scientific categories.

Before it became a cliché to hate the idea of paying too much attention to Super Bowl commercials, it was a cliché for disinterested people to claim they were watching only for the commercials. I'm not sure where we're all at now. It's a postmodern, self-aware, ironic miasma of earnest appreciation for how much emphasis is placed on the commercials aired during a massive television event. The subculture of Super Bowl commercials is so damned American. The commercials are the used condoms of capitalism, simultaneously disgusting us and reminding us just how fun this world can be. Mostly disgusting, though.

And yet, at least the people behind the Super Bowl commercials are trying. This is the shot for everyone involved, the ad that will go on portfolios for decades, the one chance to reach a billion people and make them react to something, hopefully with their wallets. The monetary stakes are high, the pressure is enormous. Everyone wants to be in the winner's column published on every website in the hours following the game.

The commercials in the World Series are designed to root through your subconscious while you're in a fugue state. The repetition is so bad, so very bad, that you're sick of them before the second inning of Game 1. How many times did you watch this during the World Series?

HOW MANY TIMES DID YOU WATCH THAT? 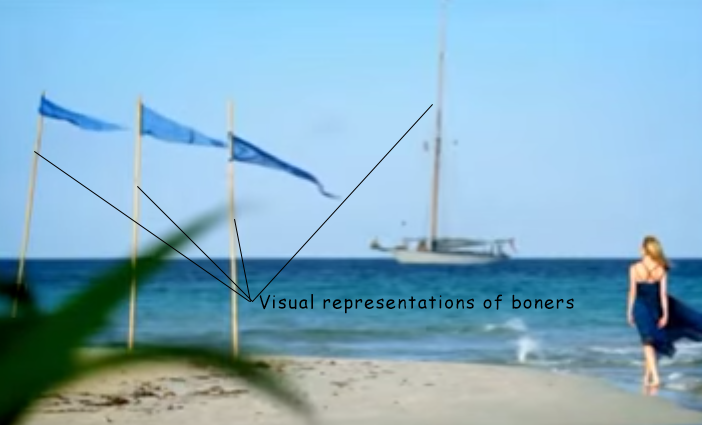 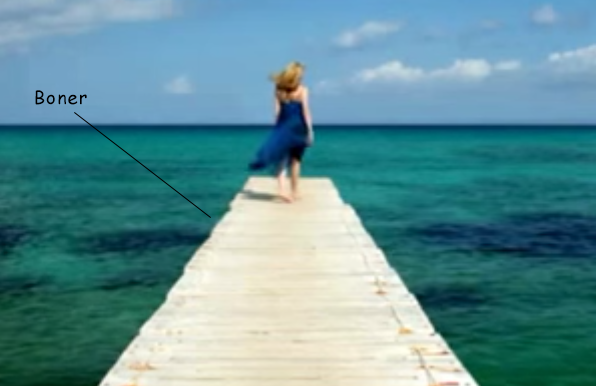 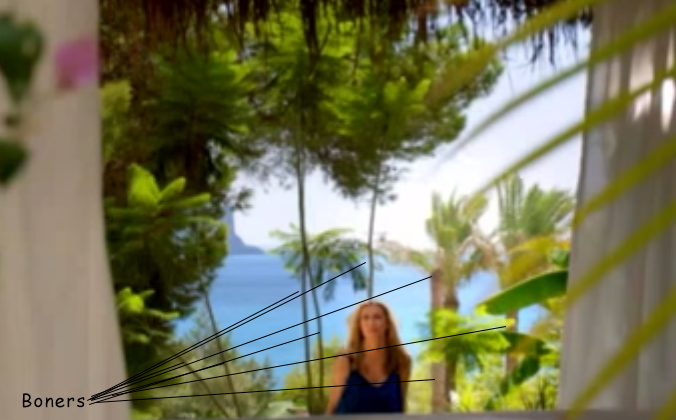 Even if that commercial debuted during the Super Bowl, you would only be subjected to it once. Pretending to be offended by the Super Bowl commercials is missing the point. Yes, it's kind of silly how much attention people pay to them. But consumerism already bit us on the neck and drained everything that made us human. Super Bowl commercials are one of the only cool side effects, like flying or turning into a bat. Embrace them.

One game? To decide the champion of a months-long season? You savages.

There's an argument for a condensed championship game like the Super Bowl -- everything's a Game 7, everything is incredibly meaningful. It's all negated, though, by the potential of a blowout. After two weeks of hype and anticipation, the Broncos/Seahawks Super Bowl last year was unwatchable after 30 minutes. You don't get out of the first inning of the World Series in 30 minutes.

To extend the analogy to television, the World Series is a serial drama, like True Detective or Homeland, something that can bore you, thrill you, confuse you, make you debate its value and worth over a long span of time. Eventually, it might be a total waste of time, like Homeland, but there's always a moment or 30 that make it worth your time.

Ranking the National Anthem singers for every Super Bowl since 1980

Note: I didn't rank the military choirs or boys/girls choruses because I'm not a monster. Also, this is based on the artist's career, not their actual performances. Maybe the Backstreet Boys were really good!

I think I own an album for the first ... five? Then it trails off into abstract appreciation. Right around Garth Brooks, we start to get into, "Okay, hold on ..." territory, and it devolves from there. As a 25-year cross-section of the American entertainment-industrial complex, though, the list mostly makes sense.

There's no point in listing every singer before every World Series game. Just one will do.

That's the guy from Staind, who sang before Game 5 this year, and whose awful band was used as an example of horrible, ghastly taste in my opening paragraph before I even decided to include National Anthems as one of the categories. He lost this entire category for baseball. That's probably the least shitty thing he's ever done in his entire career, too.

The Super Bowl almost gives it back because of the often-annoying halftime shows. On the other hand:  Prince.

The Super Bowl has an amazing history. I can tell you where I was when Marcus Allen cut back, when Young hit Rice on the slant, when Joe Montana looked up and saw John Candy, when Kevin Dyson was one yard short. Whenever the NFL Network runs the marathon of NFL Films highlights from Super Bowl history, I'll catch at least three or four. What a rich history.

Baseball has twice as much history. If you think it's fair to double-count a category up there, it has about 10 times the history, considering how many games total have been played. There's been a fixed World Series, one that ended with Babe Ruth getting caught stealing, Willie Mays making a catch that's still burned in our brains, Enos Slaughter's mad dash, and a walk-off home run to win the whole thing for one of the greatest underdogs in baseball history. That's all before the first Super Bowl was ever played.

Alternate category title: "Parties." Or, generally, "Social activity." If these categories were weighted, this one would probably tilt the whole thing in the favor of the Super Bowl. Good thing this is honest, unbiased, and scientific.

I've been in a bar for a World Series game. It was fun! It was also an accident. When the White Sox and Padres meet in the 2015 World Series, it's not like I'm going to call up my friends and invite them to a World Series party. That's almost entirely because of the one-game vs. seven-game format. The Super Bowl party has a beginning, middle, and end. When everyone leaves, there's a winner and a loser. The winner might be Budweiser, for "Horse Drives a Tank," with GoDaddy losing for "Thighs Butts Boobs Look," depending on what you're watching for, but there's closure.

What, are you going to have a party for Game 1 of the World Series? Thanks for coming, don't forget there's probably 20 hours of baseball after this that will really decide everything. It's like inviting people over to play Monopoly and kicking everyone out after the first hotel.

Also, shut up, there is no analogy between Monopoly and baseball, you shut up, that was an accident.

You can't get much of a party going before a Game 7, either, considering you don't even know if it'll exist 24 hours earlier. There's no good way to do a World Series party that isn't "a few friends."

The Super Bowl is an event. The World Series is an unedited manuscript from an inconsistently brilliant author. Sometimes -- once a year, say -- you just want the event.

With Food Network star Aaron Sanchez providing a Tabasco inspired menu, the event – which will take place at an undisclosed desert location in Scottsdale – promises to have Nick Cannon and beats by DJ Vice.

The people listed will invite other people. Assume most of them will attend the Super Bowl. None of them care about the actual game.

Actor Mark Wahlberg and director Michael Bay team up for their first collaboration since Transformers: Age of Extinction, coming together to co-host a star-studded charity event at the Paradise Valley home of Washington Nationals manager Matt Williams.

Okay. There are dozens of these things, and most of the people who actually get tickets to the Super Bowl are dispassionate people in expensive clothes who contribute to the collective murmur-hum that rarely changes, regardless of how exciting the game is.

You know who attends the World Series? Fans. Passionate, insane fans. Sure, there's still a definite the-place-to-be-seen aspect that attracts rich people who didn't care about the sport a month earlier, but they're a minority. Every World Series game has a demographic breakdown something like this:

The home fans are raucous, obsessive. The away fans are frantic, involved, and walking that fine line of "cheering" and "not provoking beers thrown from the upper deck." When the game is close and late, the crowd pulses and throbs. There are no rich people in expensive clothes singing the song of a 90,000-part air conditioner chorus. No, World Series have this guy: 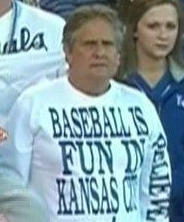 Do you love that guy? I love that guy. People like him might be at the Super Bowl, but they're hidden in the back, miles away from the field. And they're definitely in the minority. The World Series has that guy. Appreciate that guy.

Are kids actually awake and able to watch?

Ugh. Kids are the worst. They'll be like, "Daddy look at me sing and dance, for I am a symbol of innocence and wonder, the purest manifestation of love you will ever encounter," right when someone gets in the red zone. Every damned time. Selfish. Little. Demons. Let me know all the different ways kids improve your Super Bowl experience at idgaf@voxmedia.com.

World Series games start when kids are in bed on the East Coast.

Gambling on a single, isolated event makes you care about anything. Whether the Broncos win. If one dog is faster than another dog. If Christopher Walken shoots himself in the head. Anything. Especially the Super Bowl. Plus, there are prop bets.

Bettors favors Heads so much that some sportsbooks are actually making it cheaper to bet Tails in an effort to even action.

Now that's some good gambling. And don't forget about the stupid office pools that make people carry crumpled sheets of papers with 0-9 matrices and illegible initials of the people they work with. Those are actually really fun.

Gambling on the World Series is an unexciting, prolonged mess by comparison. The lows aren't as low, the highs aren't as high. The prop bets are duller. And if you gamble on every individual game, there's too much of an urge to dig a deeper hole after a loss. I can't recommend it.

So to the tie-breaker we go!

Baseball is inherently better. You can tell because you get to follow the game and enjoy it more with stats like WAR, OBP, and BOFA. The Super Bowl contains less baseball than the World Series, which means it just loses out in this honest, unbiased, mostly scientific look at both championships.

It's close, though. Enjoy your Super Bowl, everyone.