There are only four MLB teams still alive in the postseason, so forgive their social media accounts for occasionally turning their thoughts to football. The Cleveland Indians proposed, then lost, a bet with the Colorado Rockies based on the Browns-Broncos tilt on Sunday in Cleveland.

.@Indians @Browns IT'S ON! Loser must must keep avi for 48 hours. Let's go @Broncos! pic.twitter.com/QpgaoexLhx

That seems like a reasonable bet, even if both of those mascots are more like nightmare fuel than anything else.

The Broncos and Browns battled in an exciting back-and-forth game on Sunday, one that eventually went to overtime. Denver remained undefeated with a field goal and a 26-23 win. That meant the Rockies won the bet and the Indians had to change their Twitter avatar. 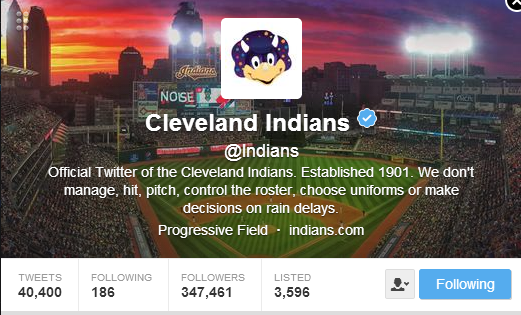