Johan Santana is his generation's last chance for recognition

Johan Santana is the best chance his generation has at greatness, mostly because he's all that's left.

Share All sharing options for: Johan Santana is his generation's last chance for recognition

All of the injuries and years of missed time have made it hard to remember just how fantastic Johan Santana's career has been.

The former Rule 5 pick ended up in Minnesota and proceeded to take over from Pedro Martinez as the game's most electrifying and brilliant starter, throwing up a seven-year run that stands up alongside the work of all-time great Sandy Koufax. As if this isn't all baseball-depressing enough on its own, consider Santana is merely the archetype for his generation of great arms: every single one of his comparably talented contemporaries was felled by injuries before their time should have been up, and Santana is now the last of them still standing.

That "still standing" is mostly relative, too, as Santana is attempting to work his way back to the majors with the Blue Jays through a minor-league deal and spring training invite. That's more than what Roy Halladay, Roy Oswalt and Brandon Webb have left of their baseball careers, however, as the first two dropped out of the game due to injuries after 2013, while Webb's last full season came before he even turned 30.

The previous generation of historic pitchers boiled down to the aforementioned Martinez, Randy Johnson, Greg Maddux and Roger Clemens. While they aren't actually a generation of pitchers -- Clemens is nearly 10 years Martinez's senior, for instance -- the sustained greatness of Clemens and the late-career breakout of Randy Johnson helped all four flourish at a singular time in baseball history: during the Steroid Era, aka the golden age for hitters.

It's unlikely any of Santana and Co. were the equals of these four, as Pedro and Pals might very well represent the four greatest starters ever. What is more than likely, and is fact, is that injuries robbed us of the full measure of greatness that this foursome had to offer us, and even if Santana succeeds from here on out things will never be quite what they could have been. 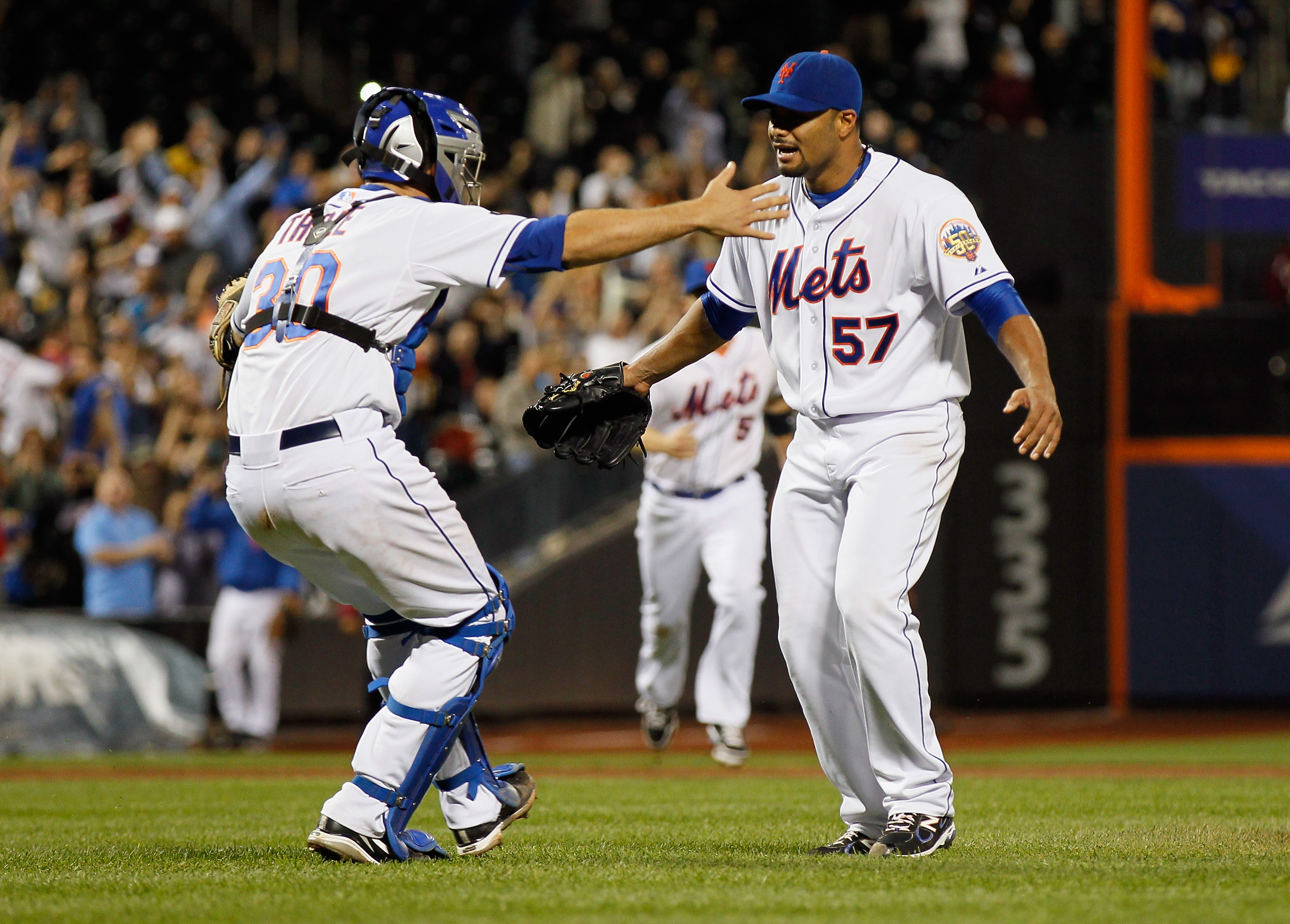 Santana became a full-time starter in 2002, while the Roys earned that distinction a year before. Webb showed up in 2003 with his bowling ball of a sinker, and suddenly the game had four talents in their early-to-mid 20s devastating hitters left and right.

Santana produced a 150 ERA+ over a nine-year stretch in which he won a pair of Cy Youngs, received votes for the award in six of those seasons and led the AL in innings, complete games, strikeouts, ERA and ERA+ on multiple occasions each. Halladay returned from his early career demotion to the minors to rattle off an 11-year run with a 148 ERA+, picking up a pair of Cy Young awards for himself while tossing throwback-esque innings totals along the way. Oswalt pitched for a few great Astros clubs and a mess of bad ones, picking up Cy votes in six of his 10 peak seasons, in which he produced a 135 ERA+ and averaged over 200 innings per year. Webb only threw just over 1,300 frames before his body betrayed him, but he won a Cy Young and finished in second for two others in the six seasons he managed to play. What would he have accomplished if he lasted 10 seasons? Or 12?

Even with the injuries, even with the late-career struggles, these four stood out among their peers. From 2001 through 2011 (minimum Webb's 1,300 innings), Santana, Halladay, Webb and Oswalt took up four of the five top spots in ERA+, with only the then seemingly ageless Curt Schilling interrupting the group. Just for context, all of that is better than what their younger counterparts in Felix Hernandez, Justin Verlander and Adam Wainwright have accomplished -- these dudes were legit. Halladay and Oswalt were first and second in wins above replacement for pitchers in this stretch, with Santana fourth and Webb somehow 12th even though he was 1,000 innings behind pitchers both in front of and behind him in the rankings. Injuries are the worst.

Is Johan Santana a Hall of Famer?

The two-time Cy Young winner's comeback is on hold because of yet another injury. If he can't make it back, did he do enough to get into Cooperstown?

Why shouldn't MLB reduce its season to 154 games?

We asked writers from our league of SB Nation MLB sites what they thought about shortening the baseball season to 154 games. Here is what they said.

Is Johan Santana a Hall of Famer? Why shouldn't MLB reduce its season to 154 games?

From that group, we've got a maybe Hall of Famer in Santana -- he's deserving, but the Baseball Writers Association of America has proven itself incredibly picky and quick to not vote for pitchers with much longer careers than Santana's. We've got Halladay, who was a big enough deal in his time and on enough quality Phillies' teams that he's the most likely to get in, especially with over 2,700 career frames behind him. Oswalt's injuries undercut any chance he had at Cooperstown, however, and the same goes for Webb, who obviously needed to prove himself for more than six years, but it's hard to deny just how impossible to hit that sinker was. It's not Pedro, Clemens, Maddux and Johnson, no, but this should have been four Hall of Famers, and instead, we'll maybe see one, with this time period never getting the proper immortalization it looked like it had coming to it.

That is, of course, unless Santana picks up and pitches in 2015 like he's been here every day since his wonderful 2010. Santana turns 36 next month, and in his four years with the Mets, managed a 127 ERA+. He missed 2011, and 2012 was truncated and not productive, but if he can stay on the mound, there is still a ton of talent here to work with. He won't be peak Johan, not at 36, but the greats tend to tail off differently than your average player: Santana could still be a well above-average pitcher, one who fills a hole that has a very good chance of opening in the Blue Jays' rotation and could be that guy for a few years yet.

It would certainly help his Hall case down the road, especially as it helps erase the memory of Santana as a guy who couldn't stay on the mound after turning 30 instead of as one of the greatest pitchers of this young century. It would only help fix the narrative surrounding one of these four pitchers, but at this late stage, that's all we have left to root for when it comes to last decade's greatest arms.