Share All sharing options for: Fun with MLB photo day

Saturday was photo day for several MLB teams, the annual tradition for various photographers and rightsholders to shoot pictures of players on every team, for use in various items throughout the year. Many photos are snapped with green screens, allowing for multiple backgrounds, but the vast majority of these photos end up looking like high school yearbook photos.

Which is what makes these great photos stand out, for being just a little bit different.

The best one might be Royals outfielder Jarrod Dyson, known for his glove, so much so he pointed to it. You might notice the nickname "Mr. Zoombiya." 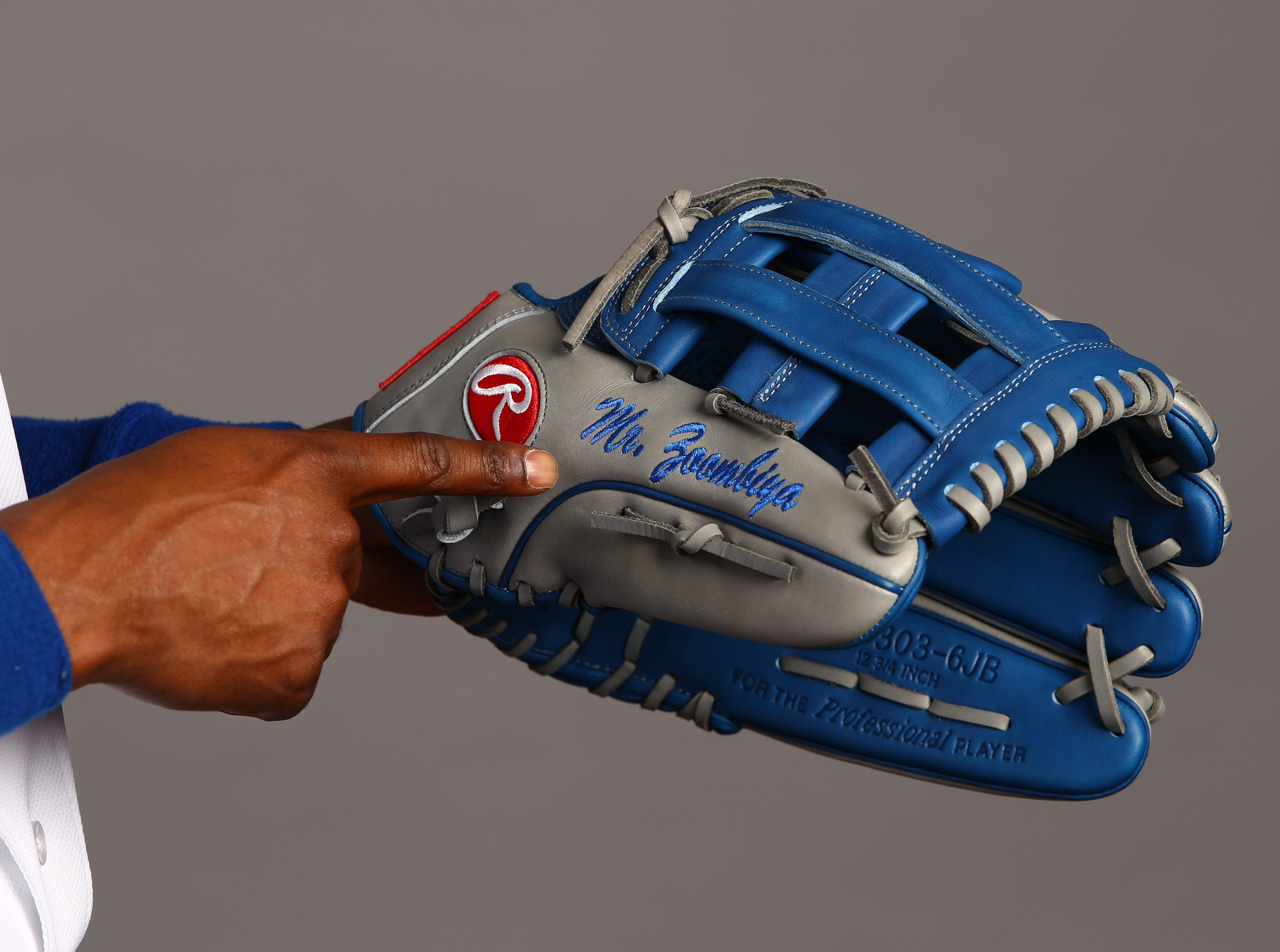 Danny Salazar of the Indians tried to intimidate, showing only his eyes. 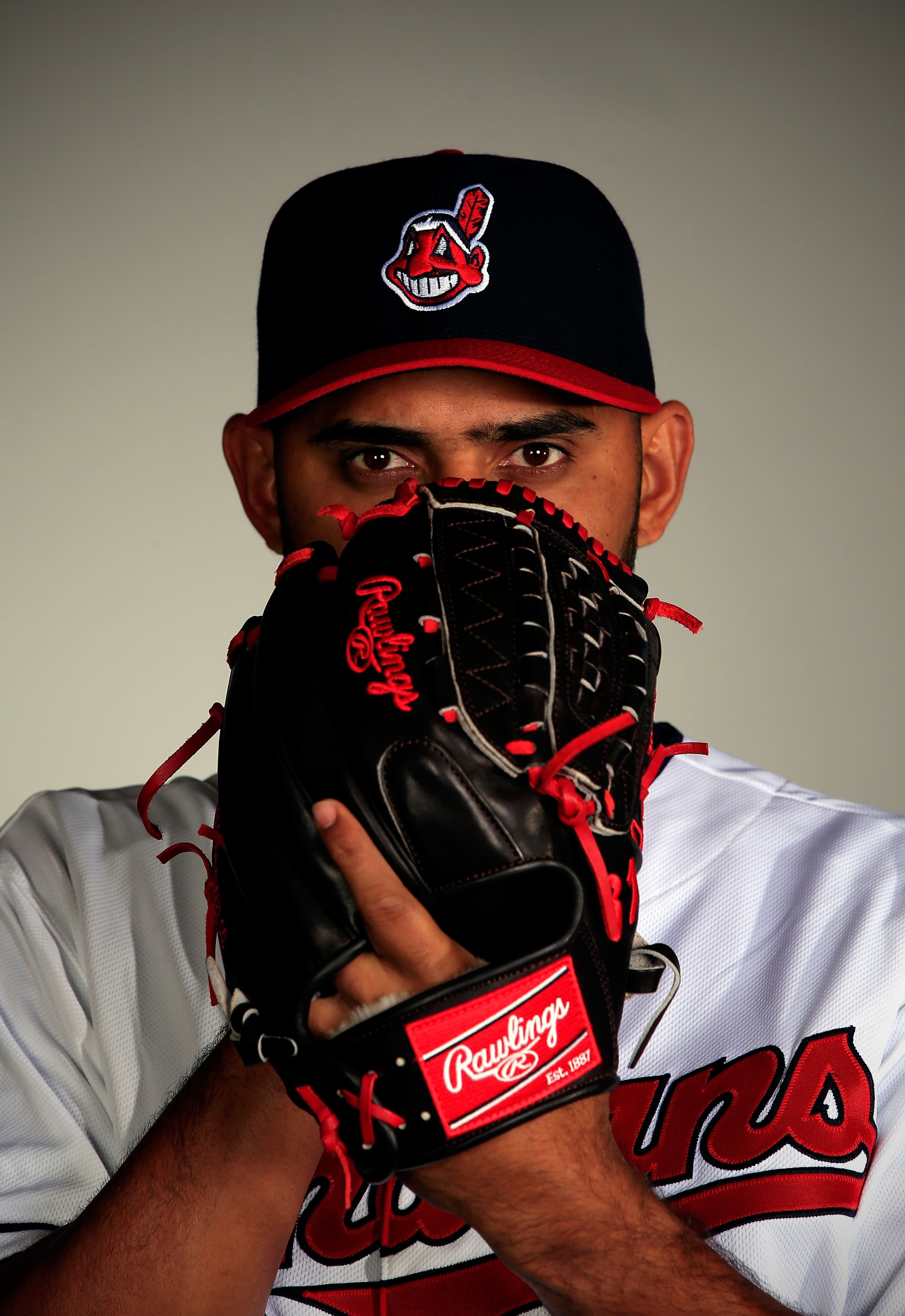 While most everybody smiled, Dodgers pitcher Brett Anderson stood out for looking sad. Perhaps he can turn that frown upside down by reaching triple digits in innings in 2015. 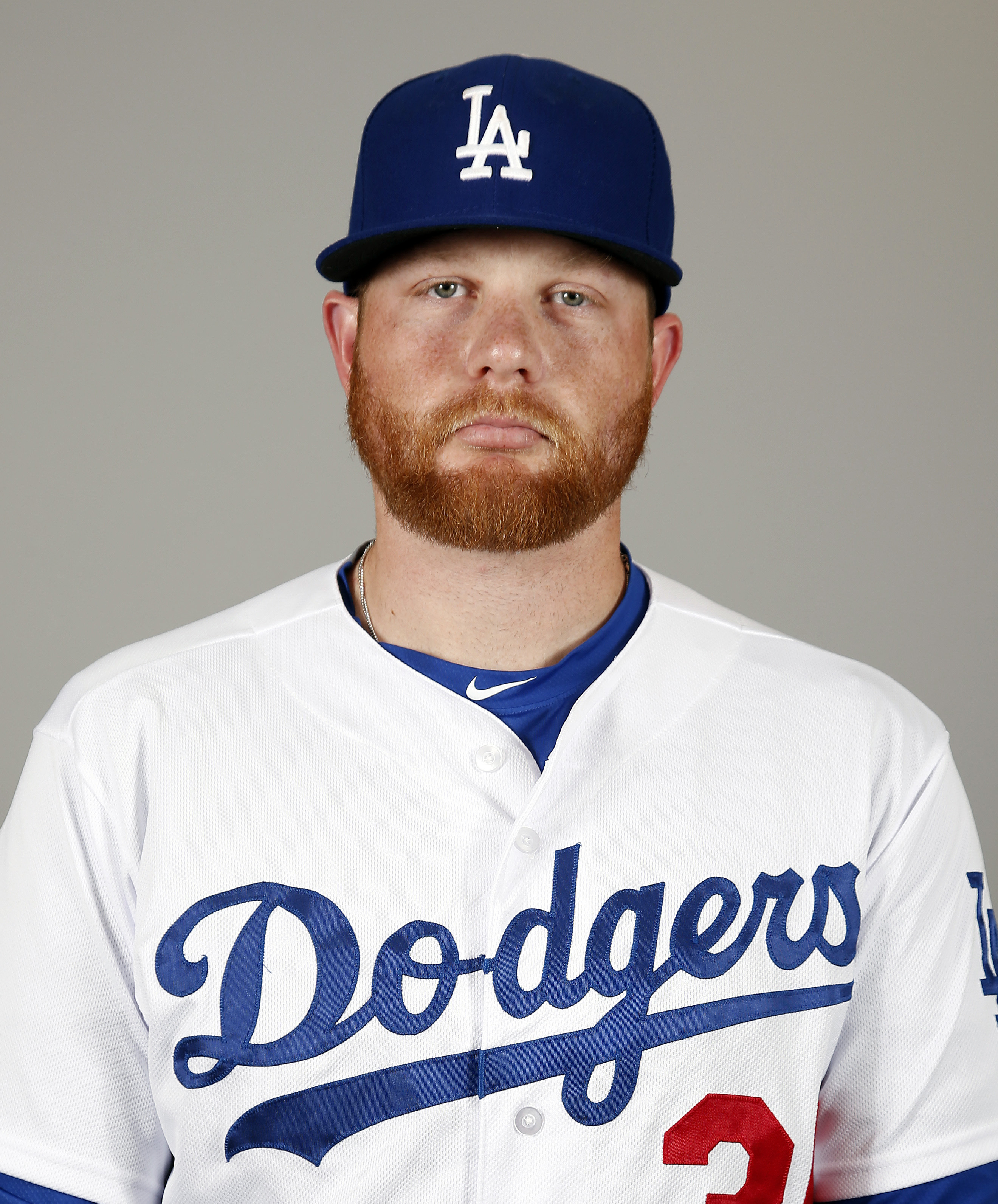 Many of these photo days are cattle calls, with players herded from shot to shot, often with placards or pieces of paper telling them where to line up or stand. Some players, like A.J. Griffin of the Athletics, use these to their advantage. 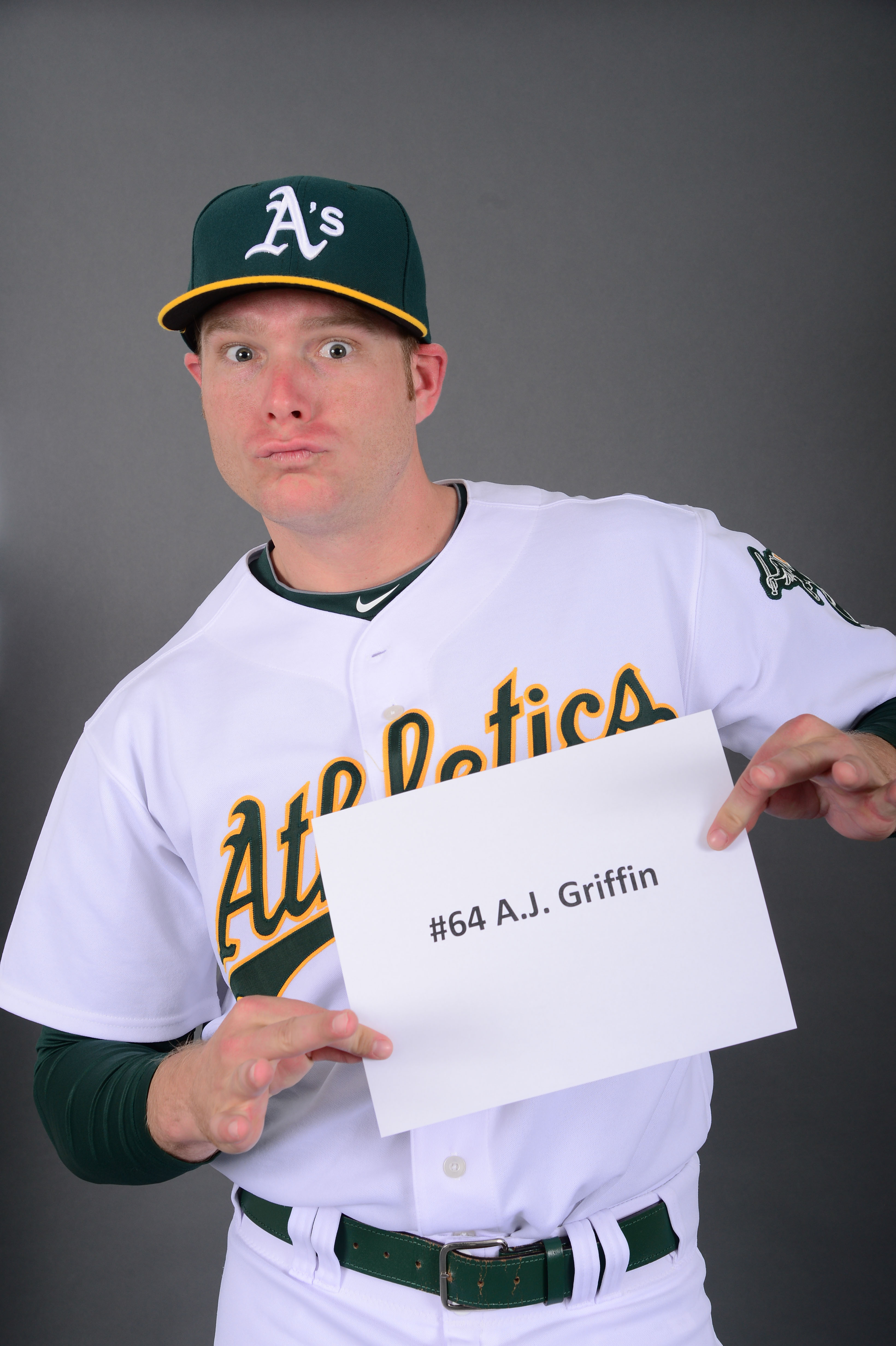 Others double up, like Chris Dwyer and Luke Hochevar of the Royals. 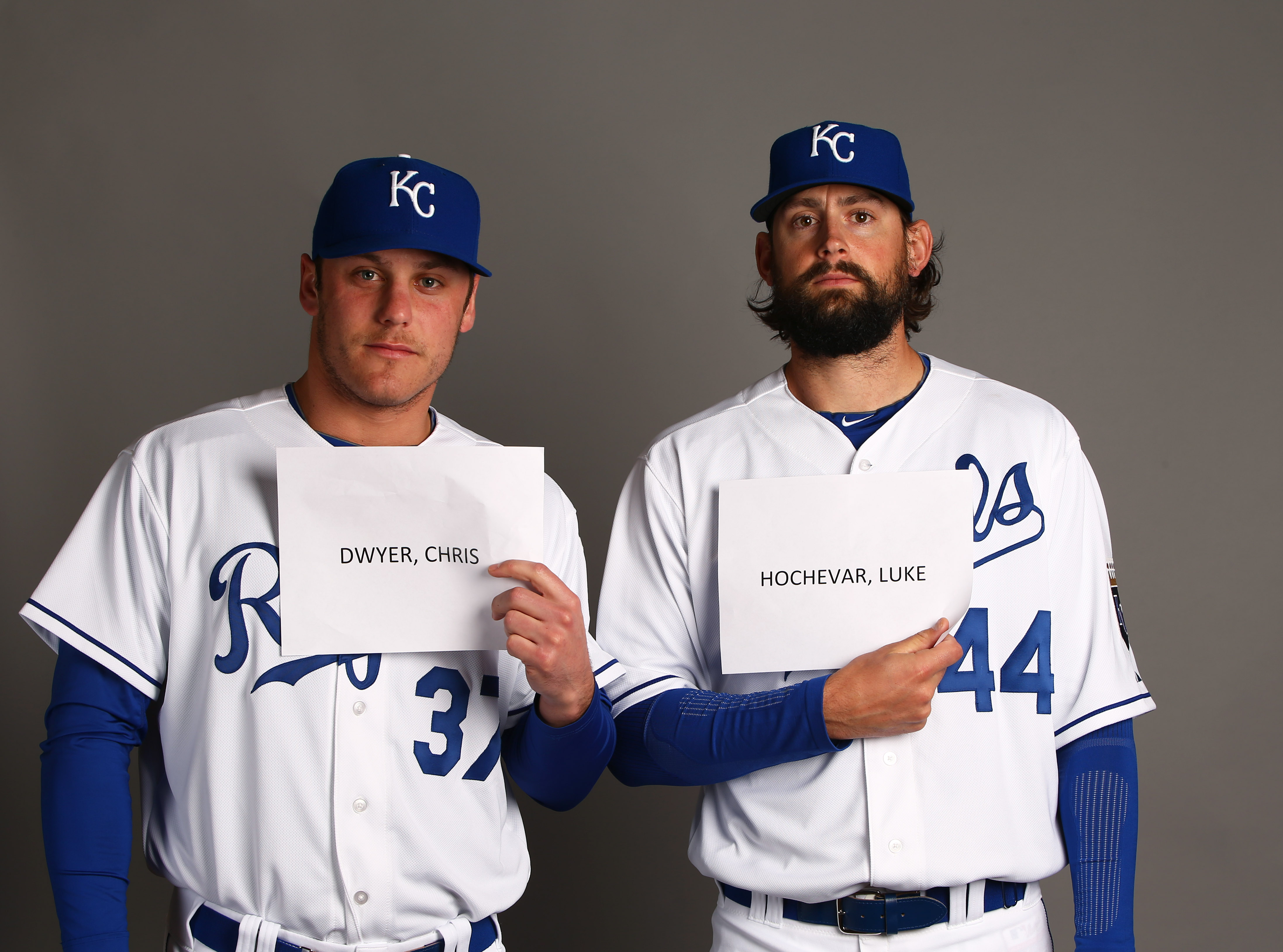 Some players, like Mayor of Brohio Nick Swisher, use other methods to get their name out there. 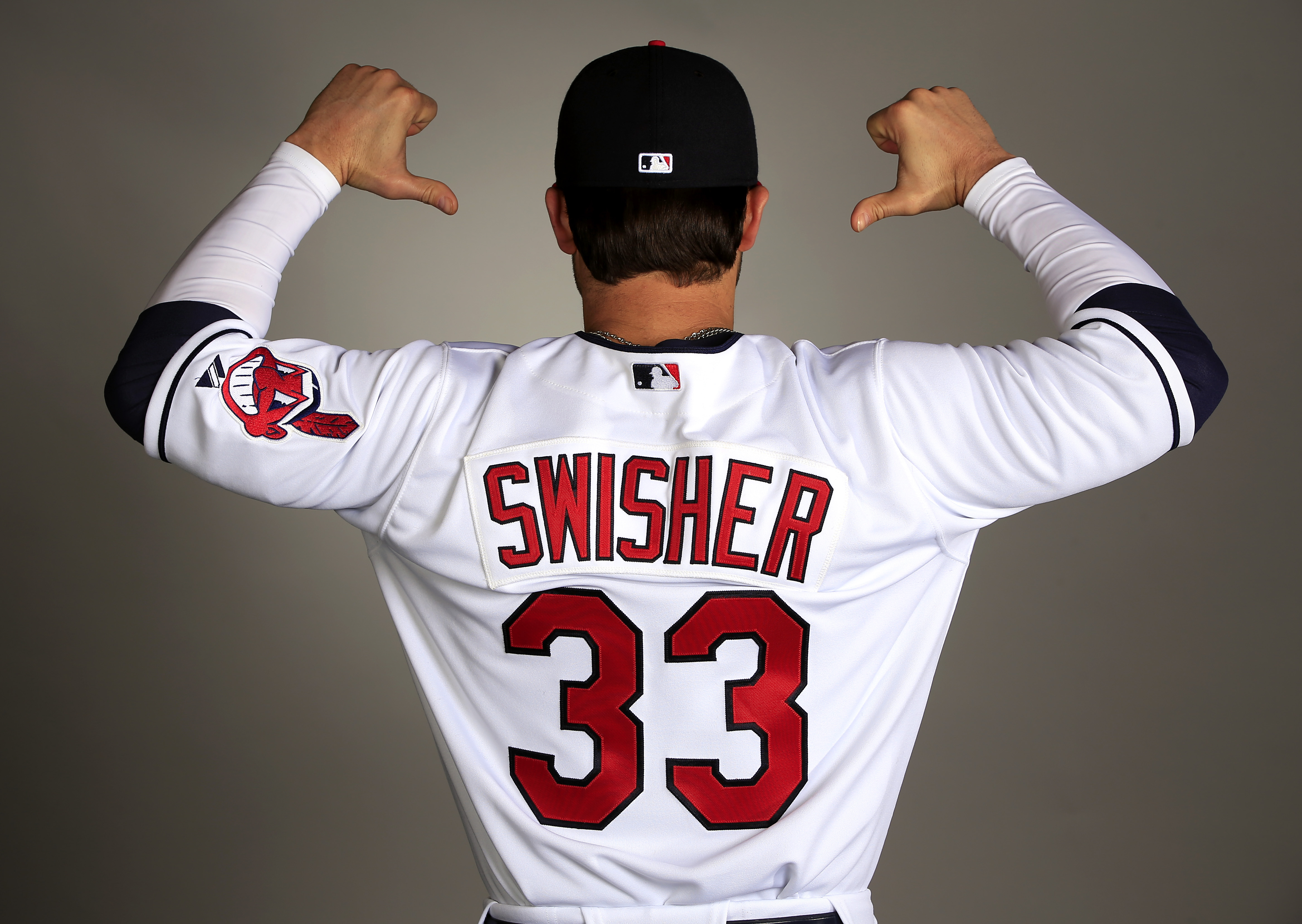 Dwight Smith Jr. of the Blue Jays likes to let his bat do the talking. 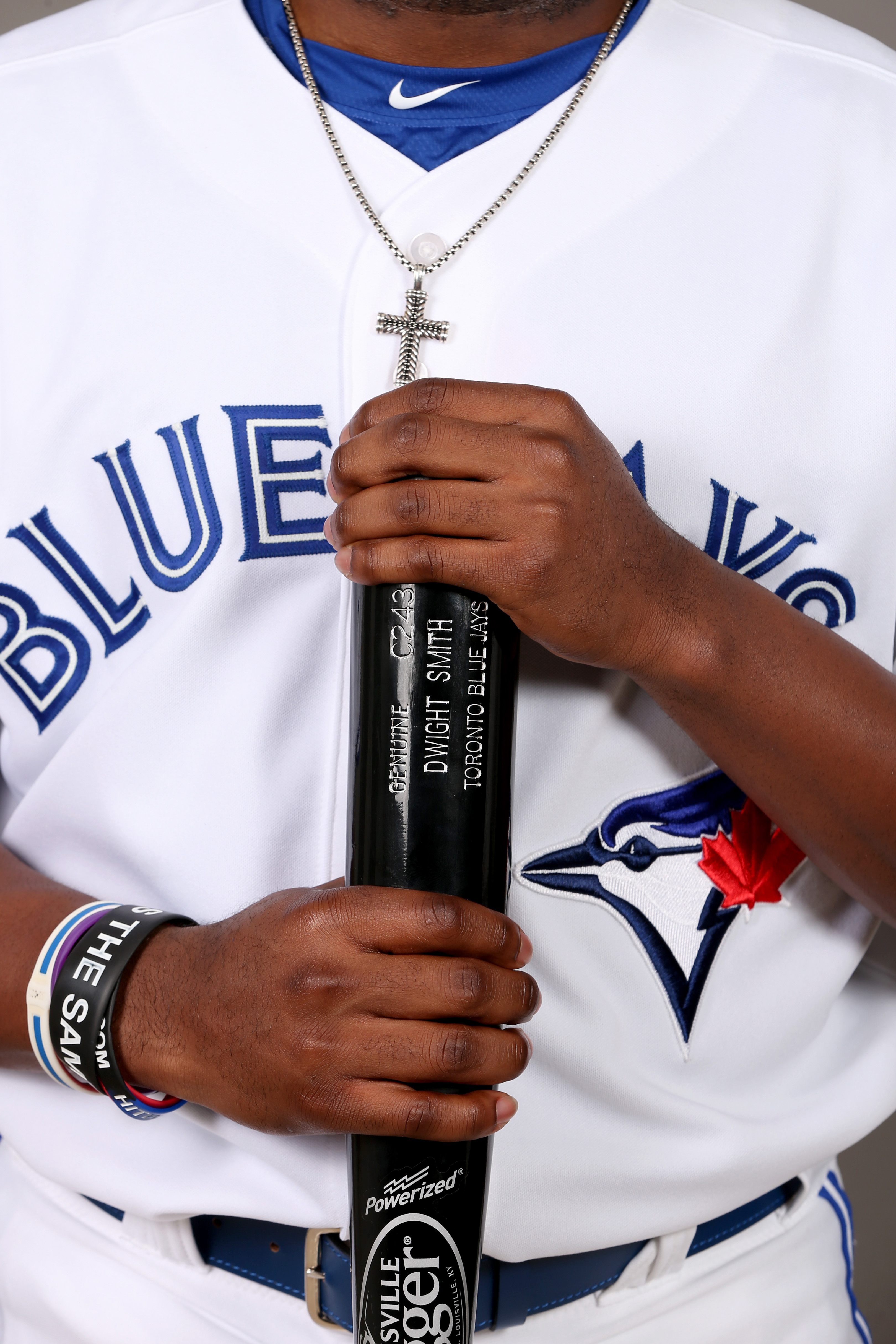 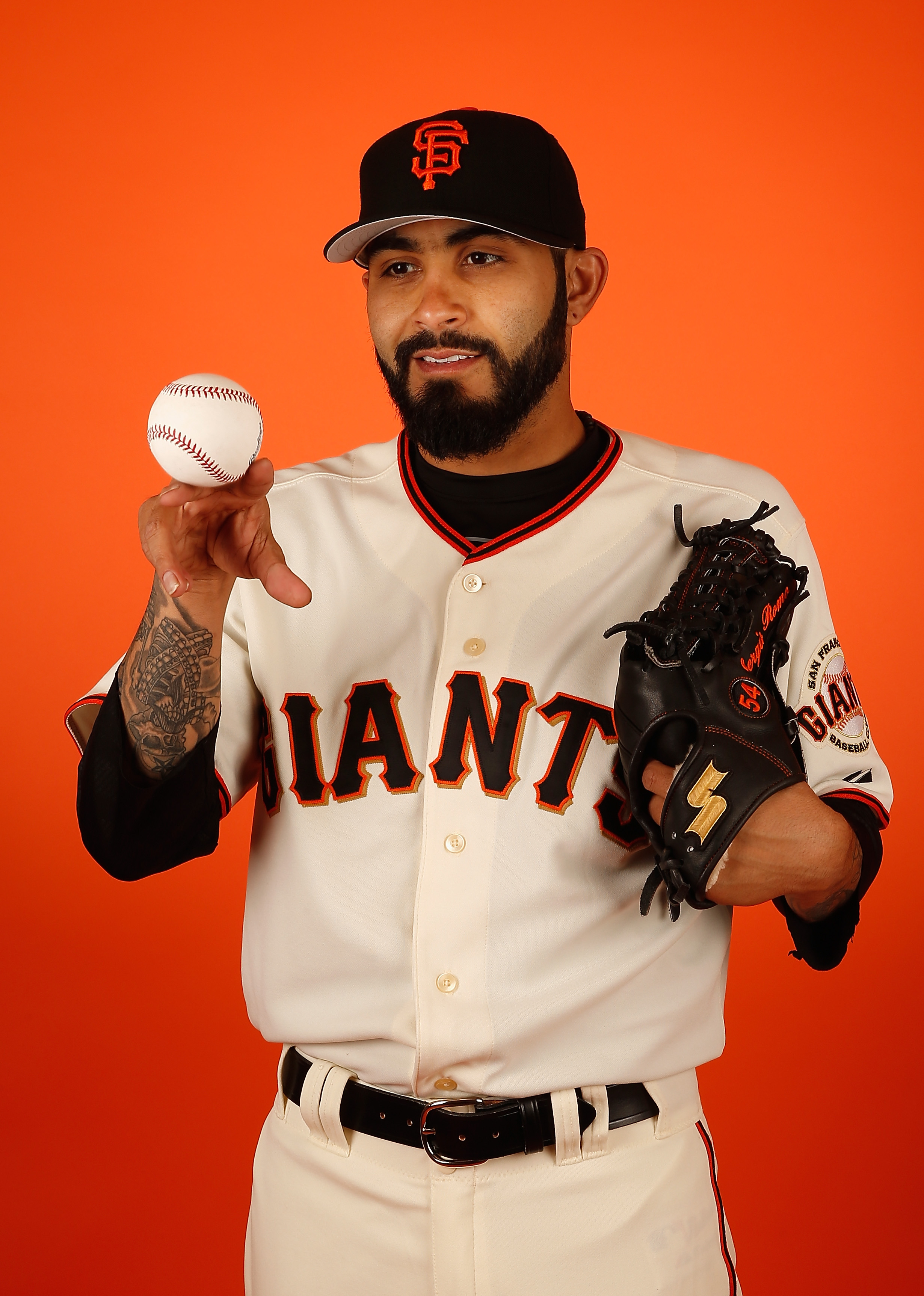 Reds outfielder Jay Bruce went for the Platoon look, perhaps fitting since he hit just .161/.217/.339 against left-handed pitchers in 2014. 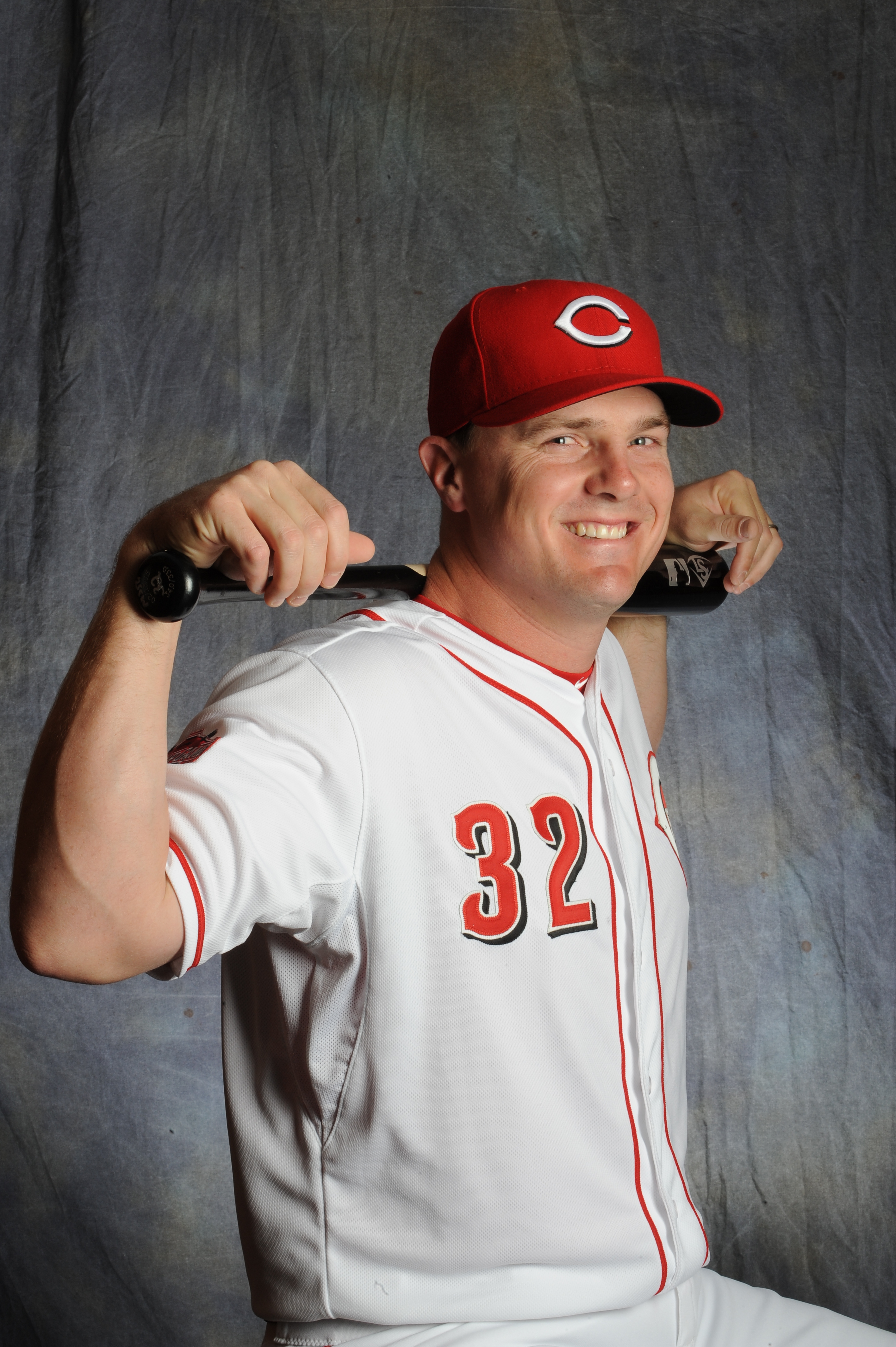 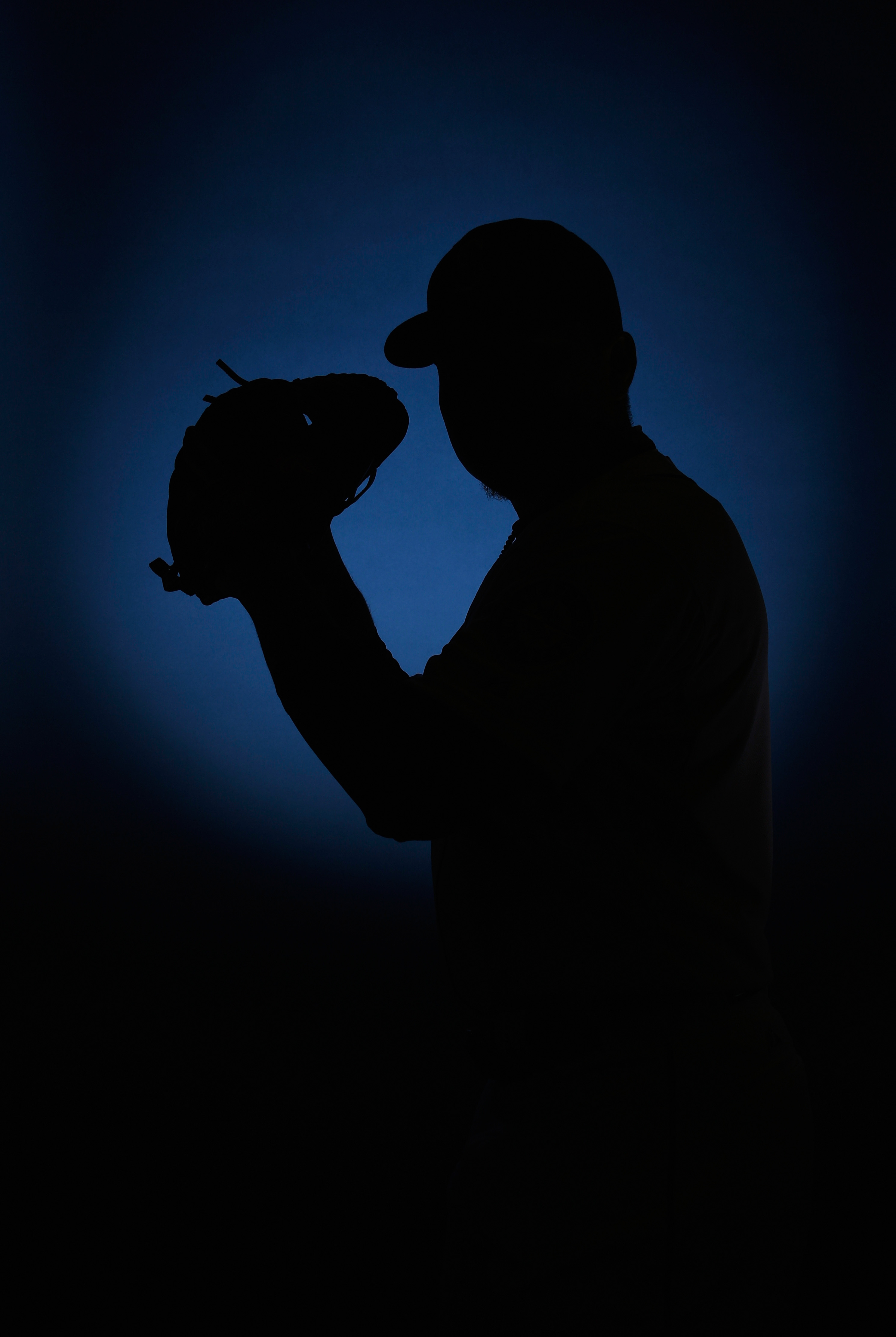