Does Addison Russell make the Cubs the most watchable team in baseball?

The Cubs called up Addison Russell, which means they're going to play two of the very best prospects in baseball at the same time. Does this give them the best team in baseball to watch?

Share All sharing options for: Does Addison Russell make the Cubs the most watchable team in baseball?

The Cubs are calling up Addison Russell, and their phalanx of exciting prospects is nearly complete. They have destroyer of worlds/savior of franchises Kris Bryant already up. Jorge Soler is on a star path. Starlin Castro was born in the same year as Wil Myers, but even if he doesn't improve a lick, he's still a part of the foundation. You don't even have to make rose-colored projections for Arismendy Alcantara and Javier Baez to be excited about the Cubs, and both of those guys still have the potential to be MLB All-Stars.

Which brings us to the question of the day: Are the Cubs the most watchable team in baseball?

This is not a repeat of the question you might have asked about the Cubs for the last three years. According to Google, those questions were usually, "Why are the Cubs?" and "What happens after prolonged exposure to the Cubs?" and "I accidentally spilled Cubs on me, am I going to die?" Here we are, in the Year of our Bryant, 2015, asking if the Cubs are the most watchable team in baseball.

First, a definition. The most watchable team in baseball is defined thusly: Your favorite team isn't playing, and you're in the mood for a baseball game. There are 29 games on, and the opponent in each one is the Phillies. One of the games is even Phillies vs. Phillies. You get to pick from any of the 29 games. You linger over Phillies vs. Phillies because you want to see a fielder get a batting donut stuck on his foot, but you decide to pick the most interesting, compelling, exciting team to watch instead. Which team do you pick?

Second, the qualifications. The most watchable team in baseball would have:

The Cubs have the first one in droves; it's why we're asking the question. Anthony Rizzo is a star, or close to it, and Jon Lester serves as both a star (for his pitching) and his wild-card status (his aversion to first base). It's the first one, the Bryant/Russell/Soler troika, that has them contending for the most-watchable crown. Let's run down the competition.

Argument for: Mookie Betts is freakishly compelling, even if he isn't hitting much right now. Xander Bogaerts still has a chance to be even better, too, so they have the young players. They also have established stars like Dustin Pedroia and David Ortiz, both of whom aren't likely to give a standard, "110 percent, one day at a time" kind of post-game quote. Pablo Sandoval and Hanley Ramirez are both decidedly watchable, especially when Sandoval pretends that the catcher's mitt is rigged with explosives and he has to save the stadium from blowing up by making sure the ball never reaches the catcher.

Argument against: I don't know if I've ever said, "I want to watch that guy pitch" for any of the Red Sox pitchers. Justin Masterson at his peak, I guess. When Rick Porcello is at his best, he's efficient and effective, but not exactly dynamic. And Clay Buchholz is, well .. 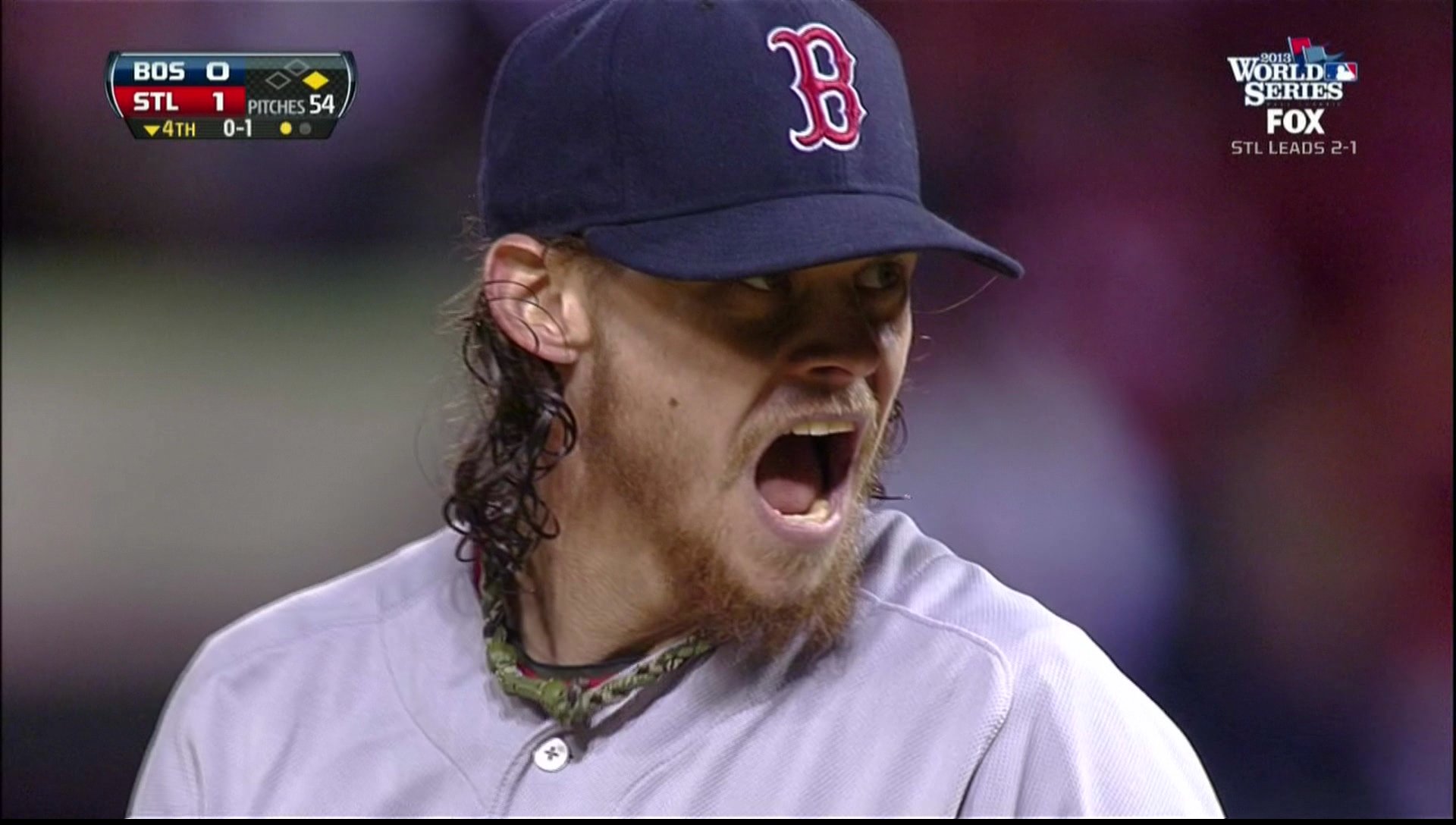 Not on a list of my most watchable players, even if he's throwing well. Still, the Red Sox are a top-tier watchable team.

Argument for: So you like exciting young players, eh? You just want to close your eyes and imagine just how good Bryant can be. Maybe Russell can be an All-Star. Maybe, just maybe, everything can align and he can become a Hall of Famer.

Or you could just watch Miguel Cabrera right now, who is already all of those things. In 50 years, baseball fans will wish they could have seen Cabrera play, like some of us regret not being around for Gehrig or Musial. He's that good. And you're going to watch Kris Bryant instead? What's wrong with you?

Add in David Price, Yoenis Cespedes, and the Martinezes, and you have a strong contender.

Argument against: Familiarity. I've seen those guys. Does that make me an ungrateful pig-person of a baseball fan? Probably. Like most people, though, I can't stop looking for the next big thing, even if the last big thing is still pretty big.

Argument for: Vroooom. Slap slap slap. Baseball played the right way. Alex Gordon and Lorenzo Cain running down balls in the outfield. Every so often, Jarrod Dyson might play with them, giving them the world's greatest defensive show. Everyone in the bullpen seems to throw 100 with location. They can apparently be a surly bunch if you hurt one of their players.

Argument against: I like dingers. They also have Jason Vargas and Jeremy Guthrie, who are both the three-yard-run-up-the-middle of baseball.

Argument against: Albert Pujols makes me think about mortality and the decaying force of time. Jered Weaver sneers a lot. Matt Joyce is hitting cleanup. One of their best pitchers is literally named Joe Smith.

Argument for: Matt Harvey and Jacob deGrom are fire-chucking wonders, and eventually they'll pair with Zack Wheeler, Noah Syndergaard, and Steven Matz in a perfect word. It's hard for one pitcher to elevate a team into watchable status more than 20 percent of the time. The Mets might have the solution for you: five distinctly watchable starting pitchers.

Until those players are all up/healthy together, please enjoy Bartolo Colon swinging so hard, his size-Vermont helmet flies off. When he's on the mound, he's throwing fastballs that aren't that fast and making you re-evaluate what makes pitchers good at baseball. If Colon were a college junior, would he even get drafted?

If Colon were a college junior, he'd have a nickname like "Poobens" and would be crushing a bathtub of Rolling Rock right now. I just wish someone would email me back about this spec script.

Argument against: They're hurting a bit right now, but their bottom of the order is still Eric Campbell, Kevin Plawecki, and Wilmer Flores. You can't give them credit for Wheeler, Matz, and Syndergaard yet, so enjoy some Dillon Gee in the meantime.

Argument for: The outfield is a nice mix of tools, more tools, and even more tools. They're the anti-Royals, a defensively challenged team that'll dinger you to death, and they have a nice mix of stuff-laden pitchers (Tyson Ross, Andrew Cashner), an established semi-star (James Shieds), and a dooky-dribbling master of flummox (Odrisamer Despaigne). Craig Kimbrel is one of the three most watchable relievers in baseball, so that's a heckuva cherry atop the watchable sundae.

Argument against: Admitting that the Padres are watchable will make it so that your mother never meets your father, which leads to your essence getting sucked into the land of shadows and incomplete souls. It all hurts more than you would guess.

Also, there's still a heaping help of Yonder Alonso-types on the roster -- solid players who don't exactly show up in your Facebook feed a lot.

Argument for: Bryce Harper and Stephen Strasburg. A pitching staff that's strong enough to have Doug Fister as the fifth starter. Gio Gonzalez is the only pitcher in the rotation without a super-refined sense of how to pitch, and he's still fun to watch. The lineup, especially once Anthony Rendon is back, is probably the deepest in baseball, which means there's never a dull stretch when they're hitting. And if they have five excellent starting pitchers ...

Argument against: They're not doing so hot right now, for one. They also have a dull, effective bullpen without an Aroldis Chapman-type. Is this a stretch? This is a stretch. They have Bryce Harper and Max Scherzer and Stephen Strasburg and Jordan Zimmermann and ...

Argument for: Hella Matts. They have Yadier Molina, who isn't just an excellent defender, but one who touches the ball on almost every pitch. Adam Wainwright's curve is still a delight, and the rest of the rotation is filled with live fastballs.

Argument against: John Lackey looking at the camera, mouth agape, looking like you're explaining trigonometry to him in German. They also have that general sense of cold, unfeeling Cardinals efficiency, which is great for winning baseball games. It's not exactly top-tier fun if you're not rooting for them, though.

Argument for: Jose Abreu and Chris Sale have an argument as the most watchable 1-2 in baseball today, along with Kershaw/Puig, Cabrera/Price, and Trout/random A-baller. Start with that, and you're in the conversation.

Argument against: Sale pitches every fifth game, and while Jeff Samardzija and Jose Quintana are fun to watch, they aren't as compelling as a lot of the pitchers in this exercise, Plus, super prospect Carlos Rodon is starting out in the bullpen.

Argument for: They have the reigning Cy Young and a young, powerful rotation. Jose Ramirez is good now, and Francisco Lindor is one of the most exciting prospects in baseball.

Argument against: The bricks of the roster are filled in with very useful roster grout. You don't want to watch roster grout, not unless it's helping your team win.

Argument for: Andrew McCutchen and the Tomorrowland outfield. Gerrit Cole is the archetype of a power pitcher when he's on, and you can say the same about Francisco Liriano.

Argument against: There's a lot of Jordy Mercer and Jeff Locke to this roster -- established, valuable players who don't make you reach for the remote, either to turn the game on or off.

Argument for: Clayton Kershaw is the best pitcher alive, and Yasiel Puig combines raw talent, on-field production, and bees-in-pants unpredictability like no one else. They have young talent (Joc Pederson and, soon, Corey Seager) and established stars (Adrian Gonzalez, Zack Greinke). When you get a game called by Vin Scully, you're in the middle of an intersection of what baseball does right.

Argument against: Well, a lot of people can't watch this watchable team, so that's a strike against them, even if it doesn't affect you specifically. Plus, once you get past the stars, there's a bit of dry functionality, there. Howie Kendrick is a good player, but he's not the one you're buying tickets for.

Note that if I didn't highlight your team, it's because I hate it. Especially you, Giants fans.

The real question is how to weigh the freshness of a new toy like Addison Russell against the historic talent of Miguel Cabrera or Kershaw. I sure like new toys.

My top-five watchability rankings right now, subject to change because of mood/weather/moon phase:

The Cubs are up there. But until Bryant and Russell actually hit, they're still more of a curiosity than a must-see team. That might change by July, and they certainly have a chance to dominate. Which is sort of like the Cubs overall -- maybe, looks promising, but let's not be in a rush with those gold crowns just yet.

Welcome to the majors, Addison Russell, and thanks for making a compelling team even more compelling. Two years ago, the Cubs were nigh unwatchable. They might be the most watchable team in baseball, now. They're extremely close, at the very least.