Deciding who's good and bad after a month of baseball

April is over, so let's read too much into a handful of baseball games.

Share All sharing options for: Deciding who's good and bad after a month of baseball

April is a horrid month, filled with the tension between getting baseball again and not knowing what it means. Here's an article from 2013 that explains that Yuniesky Betancourt probably isn't very good, but it's possible he's better, even though it's not likely, so idk? Literally Yuniesky Betancourt. That's what April does to us.

Of course, there was a comment that translated to, "Yeah, glad you were wrong and he's good now, dummy." You keep doing your thing, Internet.

So, our job is to take the April stats from this year and determine if they're "fact" or "fiction." Here, I made a fancy graphic.

We have a month's worth of data. Are we being told the truth, or are we being lied to?

Saaaaaaaay, there's no solidity in that Red Sox rotation

Fact. The fiction is that, well, they're not going to be this bad, at least not all of them. But the overall point, that it's a rotation filled with as much risk as upside, is something we could see coming since before the new year.

Miley was available because he never replicated his rookie season (and possibly because he can't stop chasing that gluten dragon, man). Buchholz had a truly awful season in 2014, and Masterson was somehow worse. Porcello had a great season, but it was his first in five years. Kelly followed up an encouraging season with a discouraging one, and he walked almost as many batters as he struck out in Boston.

Joe Kelly has the lowest ERA of the bunch ... at 4.94. Now, if you use fielding independent pitching stats, there's a little more hope. Clay Buchholz looks a lot better with FIP, and Kelly and Justin Masterson are at least average, but the larger point stands. Someone will emerge from this rotation and do well, but will two? Three?

The Red Sox are over .500 and near the top of the AL East, but it has to be disconcerting to see a preseason fear come to life like this in the first month.

Ubaldo Jimenez is back

Fiction. If only because I can't stand to watch him pitch. Here's a GIF of Ubaldo Jimenez's delivery.

That is a bad delivery. Unless that's not exactly Ubaldo's delivery. Whatever, it's close enough. Let's look at how he matches up with a comparable delivery from someone else: 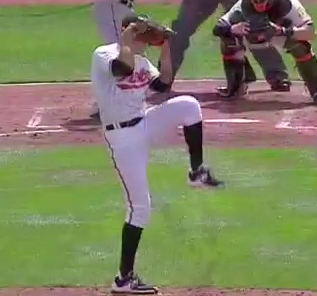 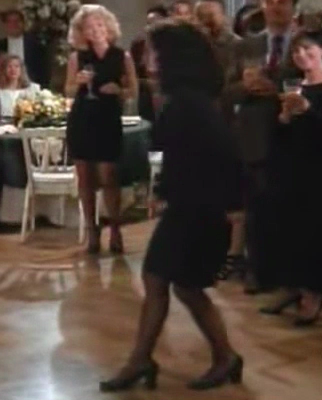 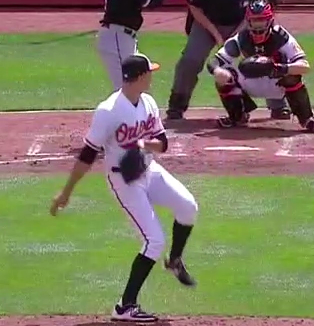 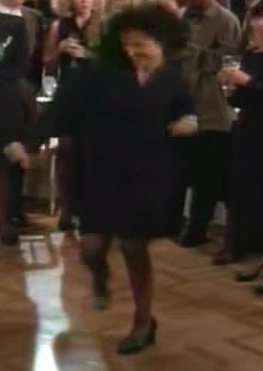 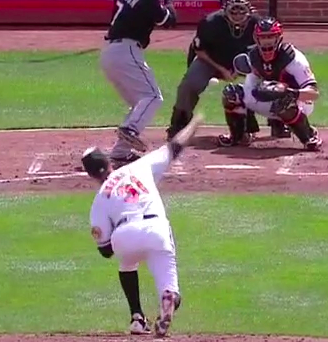 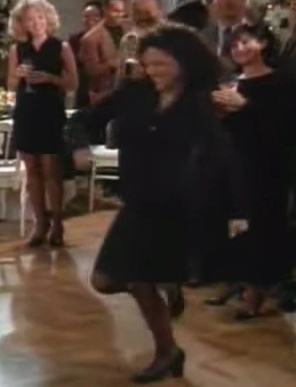 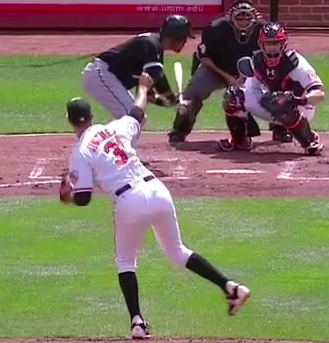 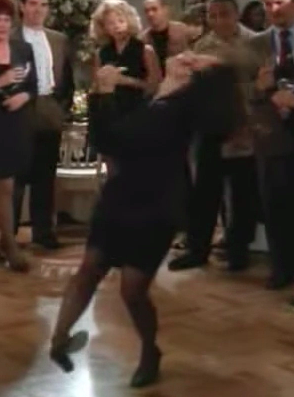 Spot on. To the kids in the audience: This is a hip reference and I'm hip and I even own several Kanye albums. You know, albums? They're the things you ... whatever, go away.

Now, I'm not a scout. When I try scouting, I am actively bad at it. Just the worst. So, if you look at Ubaldo's delivery and don't see problem, disregard all of this. I see what I see, though, and I don't see a pitcher who can repeat his mechanics enough to remain consistent over a long, long season. It's been his problem for a couple years now, and he doesn't have the 99 to make up for it.

Fact. The Royals' centerfielder is one of the best fielders in the game, and he's started the season hitting .329/.404/.476. I'm not sure if anyone other than Jose Altuve is a true .330 hitter, and even that is certainly questionable, but it's fair to suggest that Cain's true talent level is that of a high-average hitter. If the average is high enough, the OBP will play, but lookie at his walk rate -- he's almost a third of a way to his season total from last year.

We all have our prognosticative biases, and Cain falls squarely into one of mine: He came to the game late, so I get to throw out the typical aging curves, even if that isn't good science. It's why I'm still hopeful for Evan Gattis, and it's why I'll forever believe in those catcher-turned-reliever stories until there isn't a shred of reasonable evidence to keep believing. Cain is right in that wheelhouse:

Then he pulled off the leather with his left hand and threw the baseball back to Myers with his right.

"Coach!" he said. "If I had one of those other gloves, I could get it in way faster!"

Myers sent him back to the fieldhouse, and Cain fetched a plastic number to cover his left hand. For Cain, the game’s most elemental actions were unknown. During his first few hacks in batting practice, he crossed his left hand above his right in his right-handed stance.

Cain was 15. That's about 10 years of muscle memory he missed out on, in the years when neurons are connecting like mad. I can buy him turning into a superstar at age 28, just because.

Fiction. The three walks to 16 strikeouts is a little disconcerting, but he had a huge night on Wednesday, boosting his OPS by over 100 points. Which is a pretty good way to point out how junky April stats are in the first place.

More than that, though, absent some sort of freaky neck or back injury, I'm not ready to write off this kind of talent at the age of 31. You can argue that nerve damage in his thumb is one of those injuries, and I won't disagree too vehemently. You can also argue that Braun needs his cans of illegal spinach, and without them he's just an ordinary player, and I'll be skeptical but not dismissive. I'll err on the side of Ryan Braun, though, just because he was so very good for so long.

What I will concede, though, is that he's not exactly a bargain now. Before the 2014 season, I wrote that other teams would be happy to have him.

The Brewers basically warded the Mets off with a stick. The Mets were drooling, absolutely drooling at the idea of Braun with his current contract. Beats Nelson Cruz.

Yes, because Nelson Cruz eventually retired and owns a frozen yogurt shop now, good analysis. That premise, that Braun was still worth the money, is probably false now. The Brewers would have to pay a healthy chunk of the contract if they wanted to trade him in April.

What is a Devon Travis?

Please form your topic in a fact-or-fiction format.

So, can Devon Travis keep this up?

He always had the contact, though, and he had enough doubles power to suggest more of them would start going over the fence. He also had that tight strikeout-to-walk ratio that suggested he wasn't walking 100 times because he was too busy hitting the ball hard, which is different than being someone with an unfortunate strike zone. The Blue Jays could hit already. This is just an embarrassment of riches if he can hit 70 percent as well.

And now we move to the lightning round!

Alex Rodriguez is back!

Not applicable. He never left. Other than the suspension. And the injuries. But for all the guff he got for being a crumbling mummy, he was never a bad hitter. This is one of the months you would from someone of his age and talent level. There will be more downs, and they'll be followed by more ups.

Fact. He's awesome. He gives zero bothers about Safeco, apparently. I hate to be one of those writers who's constantly reminding you of his correct predictions, but I told you so.

Fact. Donaldson is a star, pending further developments. Lawrie might have Jeff Kent's career path in him still, but every month brings more evidence that suggests otherwise.

The Astros are good now

Fact. If it were phrased as "this good," I would have paused, but they've done a fantastic job acquiring major league hitters and pitchers. George Springer and Evan Gattis aren't doing much, either.

The Indians are awful now

Fiction. They're just snakebit. A list of players who aren't nearly this bad:

Jon Lester isn't going to have an excellent season

Fact. He isn't done, mind you. But that dead arm from the spring is at least a nauseous arm now, with the potential to be bedridden. He's not Barry Zito yet, but he could have a year of high-strikeout Mark Buehrle in him, which isn't exactly what the Cubs are paying for.

Just don't pay attention to the fact I referenced FIP in the last section and am ignoring it in this section, and we'll be fine. (Lester's FIP is 2.27. I'm mostly bitter he chose the Cubs, really.)

Joe Mauer might be the only Twins hitter to hit over .250 this year

Fact. They've built a fascinating team of swingers, while also building a fascinating rotation of pitchers who encourage hitters to swing. It's like they have two GMs who don't talk to each other.

Kyle Davies appeared in a major league game this year

Fiction. You'll have to try harder than that.

Marlon Byrd is probably on his way out.

Fact. He's a good pickup, all you fantasy players out there.

Delmon Young might actually be a worthwhile hitter now

Fact. While he'll always be limited by the hackhackhack, we're 300 at-bats into the new, high-average Delmon. In 44 plate appearances this season, he's struck out only twice. He's still just 29, and he sure missed out on a lot of minor-league development, so I could see a little late bloomer in him. As long as you keep him out of the outfield, he should be fine.

Delmon Young has played 57 innings in the outfield this year

The Nationals rotation is rather vincible

Fiction, at least in part. The problem with predicting super-rotations is that someone always, always, always pooters out or gets hurt. Jordan Zimmermann, in particular, picked a lousy time to lose velocity and strikeouts, which could cost him scores of millions in the offseason. But at least two of the struggling pitchers will come around, and Max Scherzer will be waiting for them. With Dan Uggla, for some reason. But the Nationals will be fine.

I hope you enjoyed this episode of April Fact or Fiction?, and please remember that I have the ability to edit every single one in September, so don't get too cocky.