There's a mystery team in the lead, with 15 contenders behind them.

Share All sharing options for: The 16 possible landing spots for Chase Utley, ranked

Chase Utley calls the shots. The second baseman has cleared waivers, and he can be traded to any team, but as a player with 10 years in the league and at least five with the same team, he has a full no-trade clause. He's been with the Phillies, and he presumably likes it there. If he doesn't want to be Richie Ashburn on the 1962 Mets, he doesn't have to be.

In that Ashburn scenario, though, the Phillies legend played out his final season with one of the worst teams of the last century. In this scenario, Utley can go wherever he wants. He doesn't have to go anywhere, either. It's our job to help him with that decision, to pick the best team for him.

There's a mighty big disclaimer that we'll have to get to. And that's the one about how Chase Utley might be completely awful at baseball right now. He's 36, and second basemen generally age as well as the music you were listening to in middle school. He's hitting .196, with a .266 on-base percentage and a .298 slugging percentage. That's good for an OPS+ of 57, along with a cool -1 WAR. If he keeps this production up, he's likely to help a team miss the postseason, not make it. Earlier this year, in a series against the Giants, he kept taking bizarre, self-conscious swings, where his head would stay perfectly still as he weakly put pitches into play. 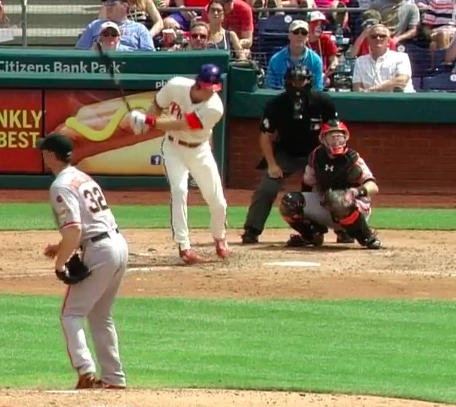 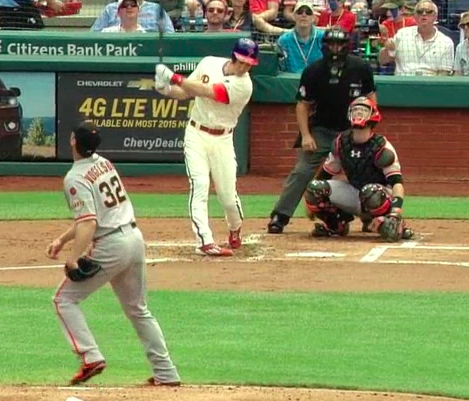 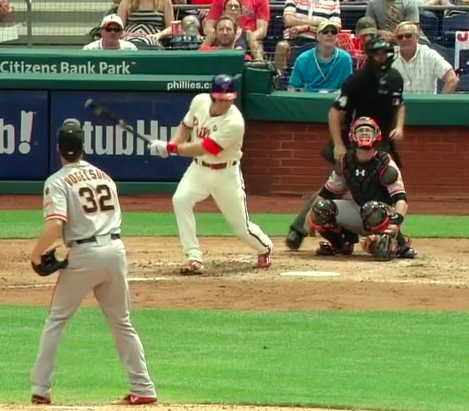 It was hyper-correction run amok, and you could picture Utley yelling at himself like a 50-year-old guy in the softball cages who wants to remind everyone within 100 feet that he used to be really, really, really good at sports, everybody.

But he's on a five-game hitting streak since returning from the DL. Sample size? Ha, no way. OK, probably. But considering that his strikeouts and walks are coming at the same rate as they have in the last few years, with his batting average on balls in play hovering around the Mendoza line, I'm willing to take the leap of faith and believe that the last drop of Utley juice hasn't been squeezed out of the Utley fruit.

With which team would he fit, then? Here's a list of every team either leading or within three games of a postseason chase, along with their current second base and bench options, ranked in the order of possible Utley-coveting status.

They're set at second, and if they can't find a spot in the field for Miguel Sano, there's no sense chasing after an expensive bench bat to wave around for the Coast Guard to see.

15. Mets
Realistically, Kelly Johnson is about the best-case scenario another team could hope for with Utley, except Johnson has more defensive flexibility. Add in Daniel Murphy and the team's money considerations, and David Wright maybe on his way back to crowd things further, and this is a strong no. That's even before you get to the part where Phillies fans would rather kidnap Utley and feed him peanuts in a cage than watch him play for the Mets.

Get all kinds of MLB stories, rumors, game coverage, and Vines of dudes getting hit in the beans in your inbox every day.

14. Rays
The Rays have an extremely right-handed bench, and in theory they could use Utley somewhere, but Logan Forsythe is having a magnificent season, so there wouldn't be anything close to regular at-bats for him. It wouldn't make sense for them to jettison either Tim Beckham or Richie Shaffer just to take a stab at benchie, and that's if Utley weren't making money the Rays wouldn't want to spend. (With a $2 million buyout after the season.)

13. Orioles
Jonathan Schoop is hitting, and they already have a couple lefties on the bench. Easy no.

12. Nationals
Anthony Rendon is back. Danny Espinosa is a swell backup. Clint Robinson is the lefty pop off the bench. This isn't a fit.

11. Pirates
Josh Harrison and Jordy Mercer are coming back, which means it'll be hard enough to fit everyone into their infield and bench, as is. I promise, the contenders get more interesting further down the list.

10. Astros
Jose Altuve is still a delight, and the bench already has power with Chris Carter. If the Phillies were just donating him, maybe, but ...

9. Dodgers
Alberto Callaspo, Alex Guerrero, and Justin Turner all give the Dodgers a silly amount of infield depth, and that's before Howie Kendrick comes back. On a 27-man roster, maybe it would work, but there's no reason for the Dodgers to get Utley unless they wanted to prevent him from getting to the Giants, which seems like a silly reason to make a trade:

"Here, take this prospect because we're scared our rival will get this busted, old second baseman for their bench."

8. Cardinals
Kolten Wong isn't going anywhere, and in order to make room for Utley, the Cardinals would have to replace Mark Reynolds (who makes sense as a complement to Brandon Moss) or Pete Kozma (who is the only other true shortstop on the roster). They could use the lefty bat on the bench, but it's a stretch.

7. Blue Jays
Ryan Goins still sounds like a noise that Jerry Lewis makes when he gets his hand stuck, and he's not the most potent second baseman. He's just a temp, though, with Devon Travis coming back soon. All things being equal, why would the Blue Jays jump ahead of the other teams to give up a prospect or take on more salary?

6. Royals
Omar Infante update: still not good. After the Royals traded for Ben Zobrist and Alex Gordon got hurt, it made sense to start Zobrist at second and put super-defender Jarrod Dyson in the outfield, but nope. Infante is still starting.

Gordon will come back, sure, but with Alex Rios and Infante both being right-handed, there are still spots for Utley. That's the beauty of Zobrist, and an additional left-handed bat would allow the Royals to take advantage of his versatility that much more.

5. Cubs
The Cubs have been experimenting with Chris Coghlan at second, which sort of hints at how sour they are with Starlin Castro, so this one isn't out of the question. As a combination bench bat and spot starter, Utley makes a little sense.

That's assuming that no one else would want him, though, and that the Phillies would just hand him over. There are probably going to be a couple teams below who are extremely interested, which will push the price (in prospects or money) past what Utley would be worth to the Phillies.

4. Angels
There's a chance -- a strong chance -- that Johnny Giavotella is a better second baseman than Utley will be for the rest of his career, so don't just look at the unfamiliar name and assume that the Angels would be interested. Considering that Giavotella is right-handed and the bench is very right-handed, though, the Angels make a lot of sense. It's no surprise that they've been a part of the rumors.

Think of Utley as a Matt Stairs who can still play a little second, and now you see how he fits on a lot of these rosters, especially in the AL.

3. Giants
First, let's get back to the part where Utley calls the shots. He lives in San Francisco. It's where his wife is from, apparently, and it's where he makes his offseason home. He blends in with the well-manicured, obscenely wealthy people with very high opinions of themselves. He could be in Ruben Amaro's or Andy MacPhail's office right now, saying, "I will only accept a trade to San Francisco. Otherwise, I don't want to deal with it."

The Giants don't know when Joe Panik is going to be healthy again, so Utley could be a stopgap for them there. They also have some bench problems. Here's what happened when the Giants had the bases loaded and no one out in a close game against a wild card rival:

It's worth rewinding to see just how much Hector Sanchez missed that ball. He's the big bat off the bench, you know.

The odds suggest San Francisco. That doesn't mean they're the best fit, though.

2. Yankees
The Stephen Drew/Brendan Ryan platoon has ... well, it's been something, all right. Ryan actually has negative defensive numbers, which is like Ted Nugent not bringing his guitar to the campfire because he just wants to chat a bit. Drew has been a negative on both sides of the ball.

The only consideration might be that the Yankees already have a designated left-handed thumper off the bench in Garrett Jones, but the Yankees might be more interested in Utley as a starter. Beyond that, he just sort of fits with that lineup. Everyone could sit around and talk about, I don't know, Cypress Hill and Super Nintendos while hitting dingers over a short porch.

1. Phillies
The surprise leaders of the chase. Utley is used to it there. He has fans.

And then there's the part with what other teams would have to give up. Do the Phillies really expect a prospect? Probably not going to get it when Utley's in the middle of a disaster season. Do they expect salary relief? Every team had the chance to claim him and risk taking on his full salary, and every team said no.

Which all means the Phillies would sort of ... given him away. Maybe they think the A-ball reliever would be worth it, or maybe they're just looking to do right by Utley.

Give me the Yankees and Giants with decent odds, but the Phillies pulling away from the rest of the pack. And that's before considering if Utley has any interest in switching teams this late in his career. He calls the shots, you know. He might just want to hang out for a bit.

SB Nation presents: A-Rod's 3,000 hits taught us to love ourselves