Two spots in the final four of the 2015 Little League World Series were secured on Wednesday, with Pennsylvania and Japan clinching spots in Saturday's championship games on both sides of the bracket.

The team from Lewisberry, Pa.. is essentially the home team in Williamsport, just a few hours away, and were able to beat Texas, 3-0, on Wednesday night, advancing to Saturday's U.S. championship game.

Cole Wagner homered in the win for Pennsylvania.

Japan earned a spot in Saturday's international championship game with a 5-4 victory over Venezuela in eight innings, the first extra-inning contest of the tournament.

Down two runs in the bottom of the eighth, Japan rallied for a run to tie the game and had the bases loaded with one out. A hit by pitch tied the game, and Yugo Aoki singled to right field to plate the game-winner.

Japan walks off with a 5-4 win to advance to the International Championship! #LLWS pic.twitter.com/9qwCrDmj4A

To get to 3-0 in the tournament, Japan made a pair of comebacks. In addition to the winning rally in the eighth, Japan was down, 2-1, in the sixth inning, plating the tying run with an RBI single one out away from the loss.

But chances looked bleak when Venezuela hit back-to-back home runs in the eighth inning, first by Jeferson Quero then by shortstop Yeiner Fernandez, both hit to right field. Fernandez started the game for Venezuela and struck out eight, pitching into the sixth inning before reaching his pitch limit.

Neither Venezuela nor Texas were eliminated, each suffering just their first loss of the tournament. Both will play Thursday -- Venezuela against Mexico and Texas against California -- for the other spots in Saturday's U.S. and international championship contests. 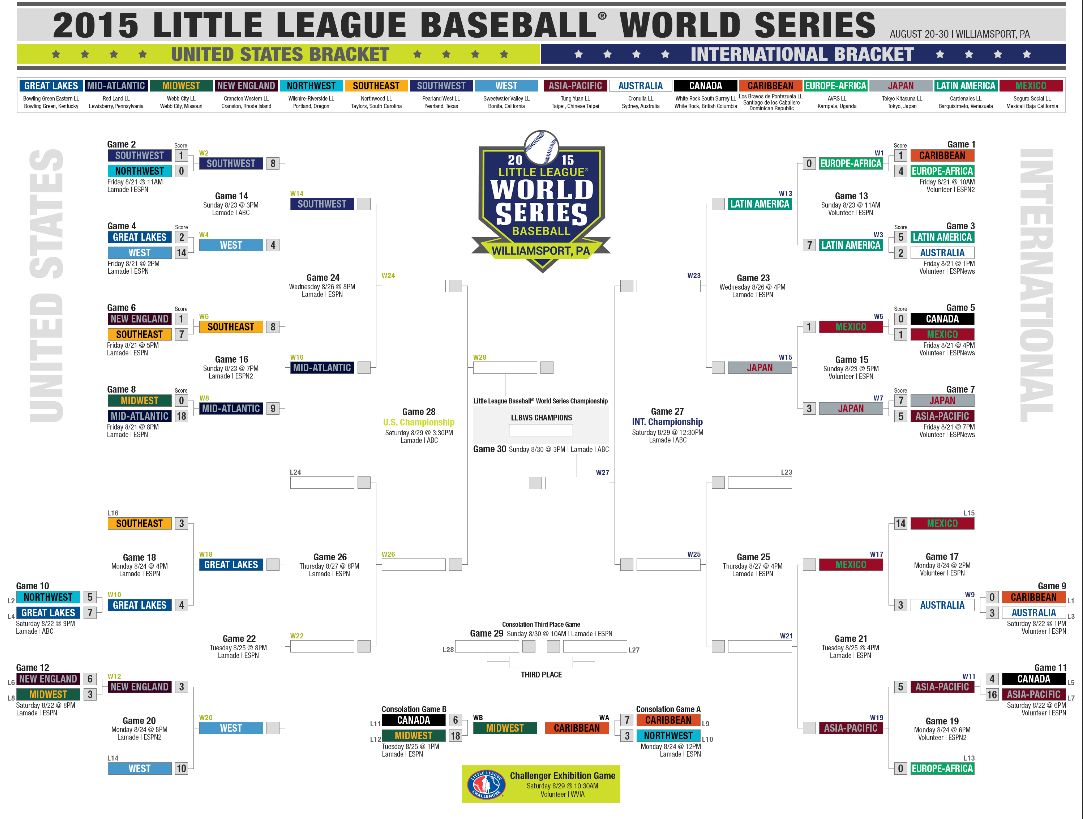