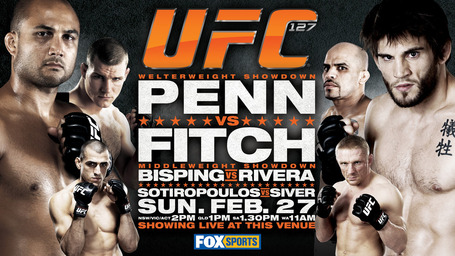 Don't forget we're doing live, detailed coverage of tonight's UFC 127: Penn vs. Fitch event, but use this page for quick results of tonight's action. The full card is after the jump. We'll be updating it throughout the night with which fighter won their respective fight, how and at what time.