This was taken before Sunday's Indy 500, but it might be the most poignant photo of the day. It was the calm before the storm, two drivers awaiting the race. It also happened to include the winner, Dario Franchitti, and the third-place finisher, Tony Kanaan. 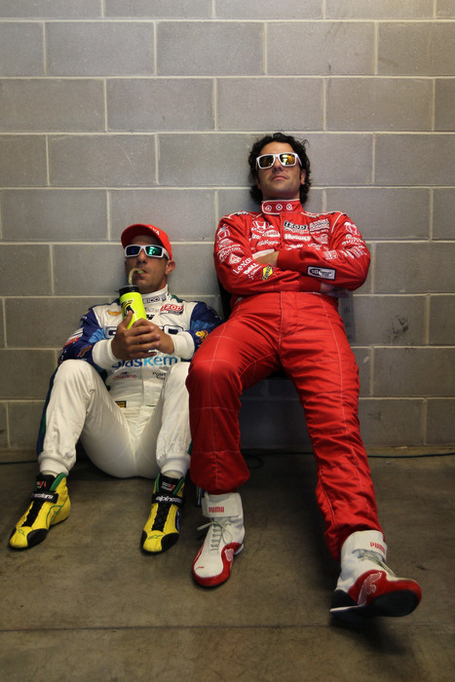 There are the personalities -- Franchitti leaned back in a chair, cool as can be; Kanaan happily seated on the floor, sipping from a water bottle.

Then there's the glasses and the connection between the two. Both were close friends of Dan Wheldon, who passed away following a crash in Las Vegas last year. He was known for his signature white shades -- sunglasses that were prevalent at Indy on Sunday.

Later, they would battle for the lead, with Franchitti getting the best of Kanaan, a crowd favorite who roared to the front of the field late in the race.

But hours earlier, the two relaxed, perhaps remembering Wheldon as they sat quietly..